I Only Date Much Younger Men. Here’s What It’s Like. 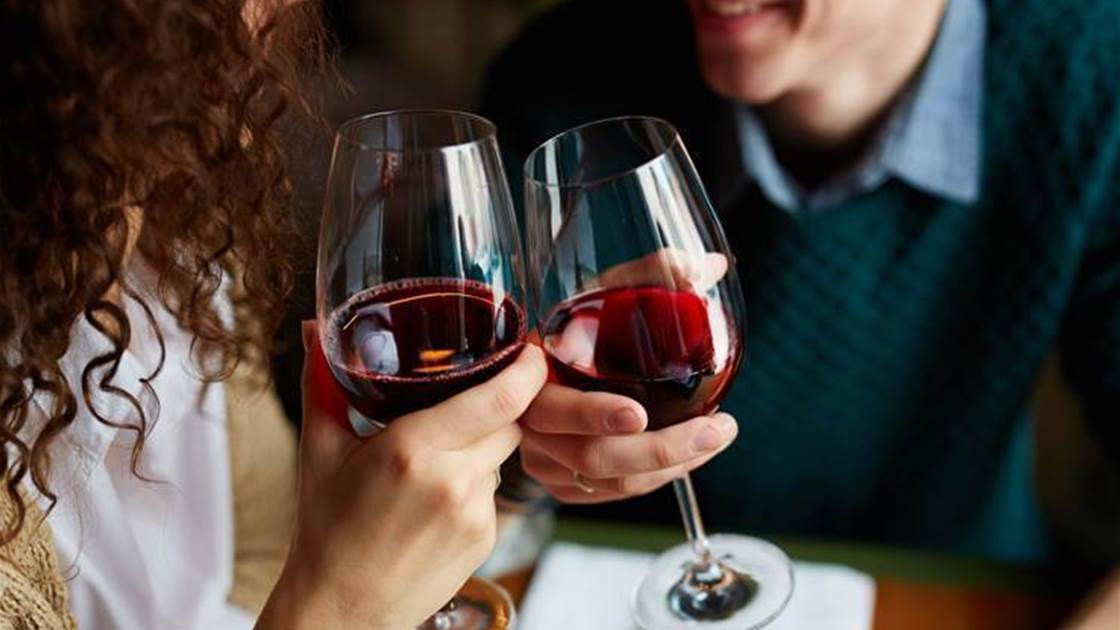 At 62, Susan Winter has never had a relationship with a man older than 41. This is her story. 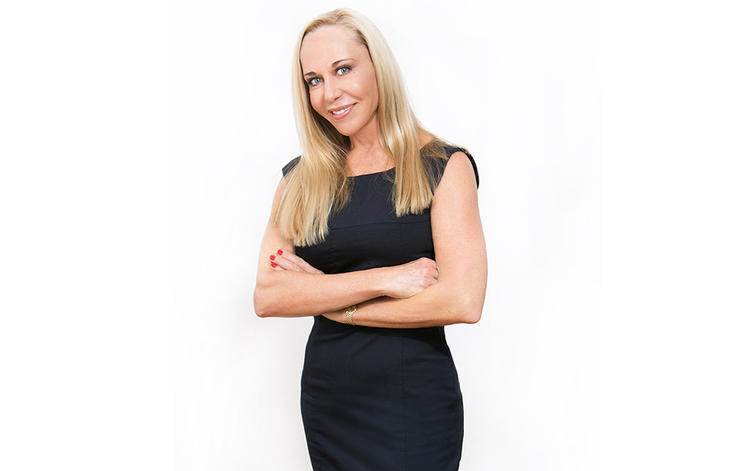 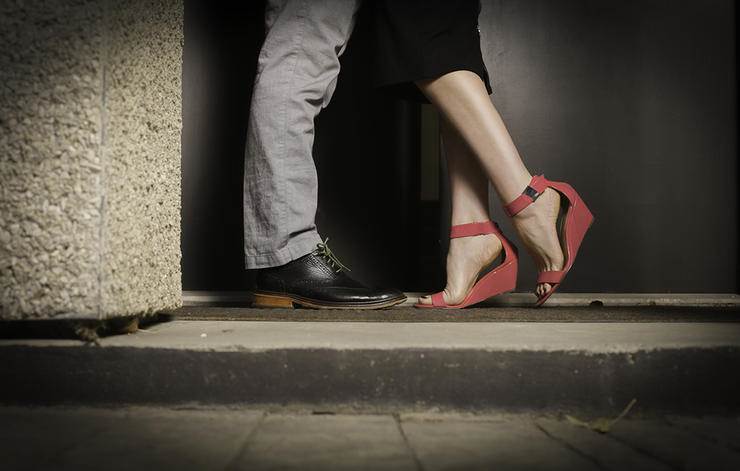 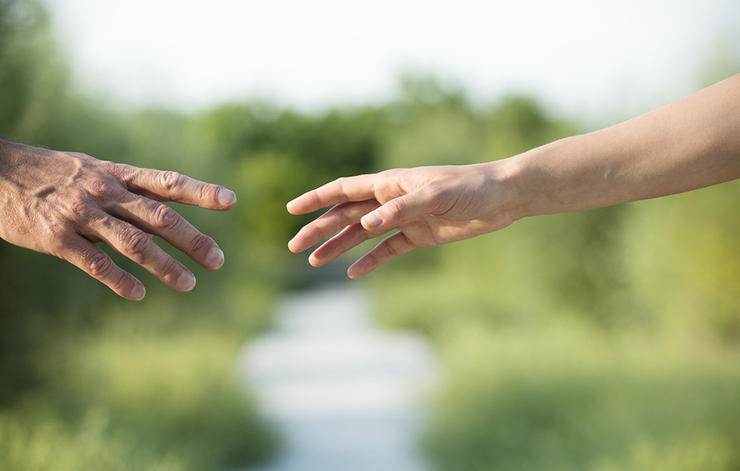 Here's how it all began.

I was sitting by myself at a rehearsal dinner, newly single, when my life changed forever. I had just gotten out of a 10-year relationship with a man my age that I'd started dating in my mid-20s. He was an attractive, intelligent guy who would have taken a bullet for me. But there was no chemistry; getting intimate felt more like a requirement than a good time. How I stayed with him for so long, I have no idea. And this kid, Ryan*, at the rehearsal dinner kept asking me to dance.

It was 1991, and the bride was a client turned friend. I was 36 at the time, hosting a show on the Financial News Network (now CNBC). He was a gorgeous 22-year-old, fresh out of college and related to the groom. At first, I thought he felt sorry for me, sitting alone with the older women, but he kept dancing with me. During a slow dance, I looked into his eyes and he took my hands in his. I said, "I'm not very good at this." And he said, "Don't worry, Susan. I know how to dance. I'll show you." I got goosebumps all over my body and felt like I was 14 again. I was terrified, excited, confused and totally off my center. I'd been sleepwalking through all of my previous relationships, and boy, oh boy, did this guy wake me up.

Like many older women who get into relationships with much younger men, I didn't see it coming. Society implies doing so is dirty or deviant, but I gave myself permission to start a relationship with Ryan, because I was worried I might never again feel so alive. I was willing to pay whatever price came with it. And I did pay the price. The bride was furious that I had gotten involved with one of her in-laws' relatives—the age difference riled his conservative family.

In fact, the bride threatened me with a restraining order to show her allegiance to her new family. She also told us crazy stories about each other to try and tear us apart. She said Ryan was getting married and didn't want to see me. She told Ryan I had a boyfriend in the Mafia who would kill him. None of it was true. We saw each other for about a month, but ultimately I felt so guilty and shame-ridden that I broke it off.

But the experience of dating a younger man had changed me. Soon after the breakup, I got into a relationship with a man 16 years younger than me. We were involved for about two and a half years. He was lovely, but I realised that he was still a boy. He went from his parents' home to my home, and I thought, I have to kick him out of the nest, or he will never become his own man.

Then for about six months, I tried to date men my age. But Seth*, a beautiful guy from my gym kept talking to me. For a year, I would often give him advice about the girls he was dating, and we'd have long talks about psychology and spirituality. I thought of myself as his mentor; never in my wildest dreams did I think he would fall for me. But one day he said, "I love you. I've never said that to a woman before." I was so moved by his sincerity that I went uncharacteristically mute.

Seth was 19, and we ended up dating for more than five years until his family's opposition to our relationship caused us to break up. His mother cut him off from the family and sought to erode my professional reputation. She preferred to think I was an escort or someone out to harm her son than to believe we actually loved each other.

Here's what I’ve learned about men and society.

Many people have asked me how I've wound up getting involved with men in their 20s and 30s. I've never gone out hunting for younger guys, and I don't go to clubs or bars, so over the years, many of the men I dated were members of my gym. We'd talk between sets, and then after we'd gotten to know each other, we'd go out for a cup of coffee, and things would progress from there.

I should also mention this: I've never wanted to get married or have children. And I've changed careers several times. I think being such a "free spirit" has made it difficult for men to gauge my age. I also blossomed in my 40s and early 50s and was far more confident about my looks than I was in my 20s.

Of course, not all young men find older women attractive. It's a very particular group. The younger men I've dated are very bright, and they're deeply emotional. They're hungry for someone who sparks their curiosity, someone who can teach them. And I don't care how good a woman looks for her age; younger men make an upfront compromise on youthfulness and beauty for depth and emotional stability. That's the tradeoff.

Women dating younger guys have to make tradeoffs, too. Even though I had greater financial resources than the men I dated who were 19 and 20, I never bought their clothes or groceries. If he invites you out, it's going to be to a movie. If he takes you to dinner, it's going to be at a chain restaurant. You have to let him have his independence.

Still, that didn't mean people approved. If a young woman was interested in the man I was with, she might ask if I was his mother. My male friends would diminish my boyfriends, assuming the relationship was just about sex. But female friends were generally supportive. Men can do this—Larry King, Michael Douglas, President Trump—why can't a woman? Eventually, my experiences prompted me to co-author a book called Older Women, Younger Men, which came out in 2000.

Here's how my romantic life has changed.

As I've aged, I've stopped dating men in their 20s. But it would be a new experience to date a man in his mid-40s or older. Which puts me in a quandary. At 62, I'm too old to date a guy half my age. I was in good shape when I was younger and that sometimes confused men's radar. I still look and feel great, but 60 looks 60. However the thought of merging with a 75-year-old guy doesn't really appeal to me. At this point, I'm kind of treading water, thinking, "What am I going to do?"

Twenty years after Ryan and I broke things off, he contacted me out of the blue, and we decided to meet for lunch. He's now happily married to an older woman, which his parents weren't initially supportive of. But he fought them, and he has never been happier. This keeps me optimistic. Even though I'm taking a bit of a hiatus from dating right now, it's my hope I'll meet someone with whom I share mutual attraction and affection—regardless of age—just as Ryan and his wife have.

I have read and accept the privacy policy and terms and conditions and by submitting my email address I agree to receive the Prevention newsletter and special offers on behalf of Prevention, nextmedia and its valued partners. We will not share your details with third parties, and will only share delivery information in the event of you being a prize winner.
This article originally appeared on prevention.com
© prevention.com
First published: 23 May 2017
Tags:  datingloverelationship advicerelationships