10 reasons why your hands are shaking

If you aren't incredibly nervous or excited, there may be something more serious going on. 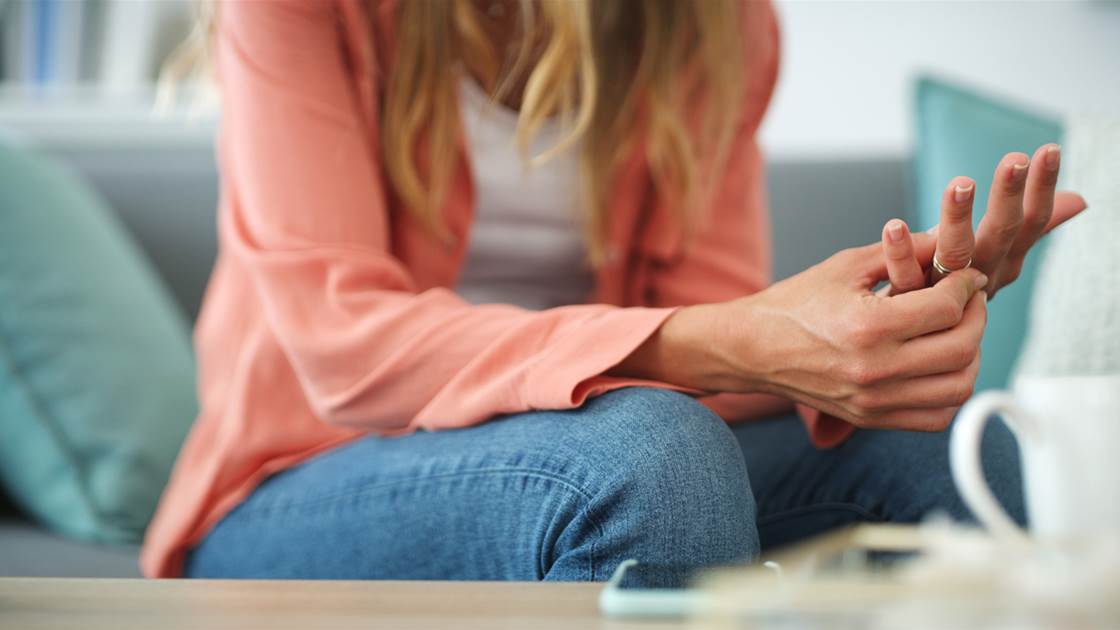 So, your hands seem to be shaking. You've experienced this trebling before. Like that time you were asked to give a presentation at work and you couldn't keep your papers still or the first time you went on a date with your all-time crush and couldn't grip a fork to save your life.

You were nervous. Maybe a little excited. All healthy reasons for your fingers to be quivering a little bit.

But what if your hands are shaking more than usual? The question can be a cause for concern—especially since many associate tremors with a more serious condition called Parkinson's disease.

Maybe you're really worried about what your tremors could mean. If this is you, don't picture the worst just yet. Realise that there are various potential explanations behind your quivering fingers and plenty of ways to address them. Here are 12 possible reasons why your hands are shaking—and when you need to seek medical attention.

1. You're a healthy, living, and breathing human being

Before we get into more acute scenarios, know that your body (including your hands) has a natural vibration to it 24/7. This is what's called a "physiologic tremor," says neurologist DR James Bernheimer.

"Everyone has a little bit of it as you are never truly perfectly still," says Dr Bernheimer. "But usually it is so minimal you cannot even notice it."

If you're in perfectly good health, you can actually see these little tremors if you outstretch your arm and hold still. If you tried that out, did you notice your fingers trembling just a bit? That's your body's natural vibe. These types of tremors can also become a bit more intense when you are trying to perform a detailed task like threading a needle.

Your heart might start beating out of your chest. You breath might quicken. You could start sweating or shaking. This is what is commonly known as "fight-or-flight" mode, according to Harvard Health. Your body is preparing to protect itself from danger—even if that threat isn't as scary as a tiger chasing after you. The "danger" could be grumpy messages from your boss.

Nerves, anxiety, stress, excitement, and even intense anger can act as an emergency signal to the body's self-defense systems, potentially causing your hands to shake.

3. Your blood sugar is low

Your brain is responsible for controlling your sense of stability. So when your brain isn't getting the nourishment it needs, you might experience tremulousness, says Dr Michael Kaplitt, a professor of neurological surgery.

"The brain is very different than any other organ in the body," he says. "It does not make its own sugar so it tends to be affected much sooner than the other organs."

When your blood sugar is low, any part of your brain can become dysfunctional. So if you're more prone to tremors, you might find that you start trembling when you haven't eaten for a while.

4. You're not getting enough sleep

Yes, your brain starts to malfunction when you're sleep deprived as well. The body uses sleep to reset and repair cells. So if you're not getting your recommended hours, which for adults is about 7-9 hours a night, you're forcing your body to function in a stressful situation. To keep afloat, your body will start pumping out adrenaline to try to keep you awake and running. But that, in turn, can cause your heart to work extra hard and your limbs to shake. Prolonged sleep deprivation can lead to many other health problems besides hand shaking, though; it may increase the risk of heart disease.

5. You're consuming too much caffeine (or another substance)

Many of us have had that experience where we've had a little bit too much cold brew, too much coffee, too much tea—all of these are stimulants which affect our autonomic nervous system and can cause us to feel jittery.

Other substances can also cause hand tremors, however. For example, those who abuse alcohol or recreational drugs can experience hand shaking, even when they are not in withdrawal, says Dr Kaplitt. Why? Because substance abuse can damage the cerebellum, the area of the brain that manages balance, coordination, and fine motor movement.

6. Shaking is a side effect of your medication

There's a whole list of medications that can cause shaky hand. Drug-induced shaking occurs involuntarily and usually happens when you are holding your arms, hands, or head in a certain position.

7. Your thyroid could be out of sorts

When your thyroid gland goes haywire and produces too many hormones, your hands could tremble somewhat. People who suffer from an overactive thyroid have a condition called "hyperthyroidism."

The thyroid is the master gland of the endocrine system that sits at the front of your neck. It regulates most of the vital functions of the body, including energy metabolism. So when your thyroid revs up, so does the rest of your body.

Sometimes people who suffer from hypothyroidism (an under-active thyroid) can display shaky hands when they are "overdoing it with their medication," says Dr Kaplitt.

Shakiness from thyroid disorders can vary from barely visible to "I-can't-stop-spiling-my-coffee" visible.

8. You could be experiencing a psychogenic tremor

These usually pop up when someone is suffering from a psychological disorder such as depression, or post-traumatic stress disorder (PTSD). Doctors aren't able to make a general statement as to how these tremors manifest for each person since they are brought on by subconscious triggers. So physicians will have to rule out all other conditions and disorders before considering psychogenic reasons as the cause.

9. You may have a movement disorder

There are many movement disorders that can lead to shaky hands, but the most common disorder, says Dr. Kaplitt, is an "essential tremor."

"A lot of people have never heard of essential tremors and yet it is five to 10 times more common than Parkinson's disease," he says. "There are many celebrities that have Parkinson's and most people are aware of it. But an essential tremor only happens when you move so it is more easily hidden by people."

This type of tremor is often called an "action" or "intention" tremor. If you experience these, your hand might start shaking when you try to drink your tea or write a letter. While essential tremors are usually not signs of any other serious condition, they can be extremely embarrassing and debilitating depending on their severity.

"Essential tremors also tend to run in families," Dr Kaplitt adds. "So not all, but 60 percent of patients with an essential tremor have a strong family history of it. It's a familial disease, but I can't say it's a genetic disease because we don't know a specific gene that causes the abnormality.

10. You could have Parkinson's disease or Multiple Sclerosis

There's no doubt about it: A Parkinson's or an MS diagnosis is scary. Both are detrimental to your nervous system, but manifest in different ways.

Parkinson's is a progressive disorder that causes certain brain cells to die off in the substantia nigra, the area of the brain that produces dopamine and controls movement and balance. Shaking associated with Parkinson's is distinct in the sense that it doesn't look like jitters or essential tremors.

"A Parkinsonian tremor is called a resting tremor," says Dr Kaplitt. "The hand will start shaking on its own when you're not doing anything. It also occurs at a fairly regular rate at three to four shakes per second."

Parkinson's tremors typically only start in one body part and progress to other areas, whereas other sorts of tremors are usually symmetrical. And sufferers of this disease also experience other symptoms such as stiff muscles and changes in speech.

Multiple Sclerosis, on the other hand, is an autoimmune disease that attacks the protective sheath that covers nerve fibers. While MS and Parkinson's share similar symptoms, MS will usually show up as an abnormality on an MRI while Parkinson's does not, says Dr. Kaplitt.

What to do about your tremors

If you think chronic stress, too much espresso, hunger or lack of sleep are the cause of your shaky hands, most likely, the best solution is to make some lifestyle changes. Catch those eight hours of sleep, maybe trade in the coffee for some water, have a snack, and see if the shakes improve.

But if you believe that your condition is not improving and has more serious consequences, book an appointment with your primary care doctor (or a specialist) ASAP. They will help you determine the next best steps.

In the days leading up to the appointment, write down the nature of your tremors. Do they get worse when you are anxious or depressed? Do your fingers tremble when you're texting or when they are by your side? Ask about your family's medical history. Write down any medications you take. And when it comes to alcohol and drug use, don't be afraid of being honest. Any good physician will have your best interest at heart and want to get to root of your concerns.

I have read and accept the privacy policy and terms and conditions and by submitting my email address I agree to receive the Prevention newsletter and special offers on behalf of Prevention, nextmedia and its valued partners. We will not share your details with third parties, and will only share delivery information in the event of you being a prize winner.
This article originally appeared on prevention.com
© prevention.com
First published: 6 Jun 2021
Tags:  healthnutrition/wellness 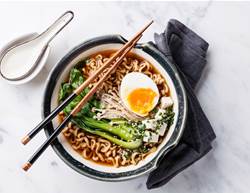 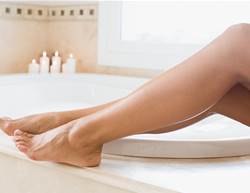 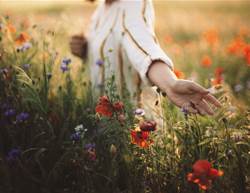 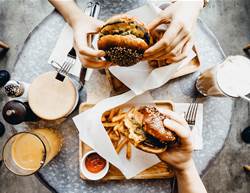