12 Foods to Boost Your Immune System 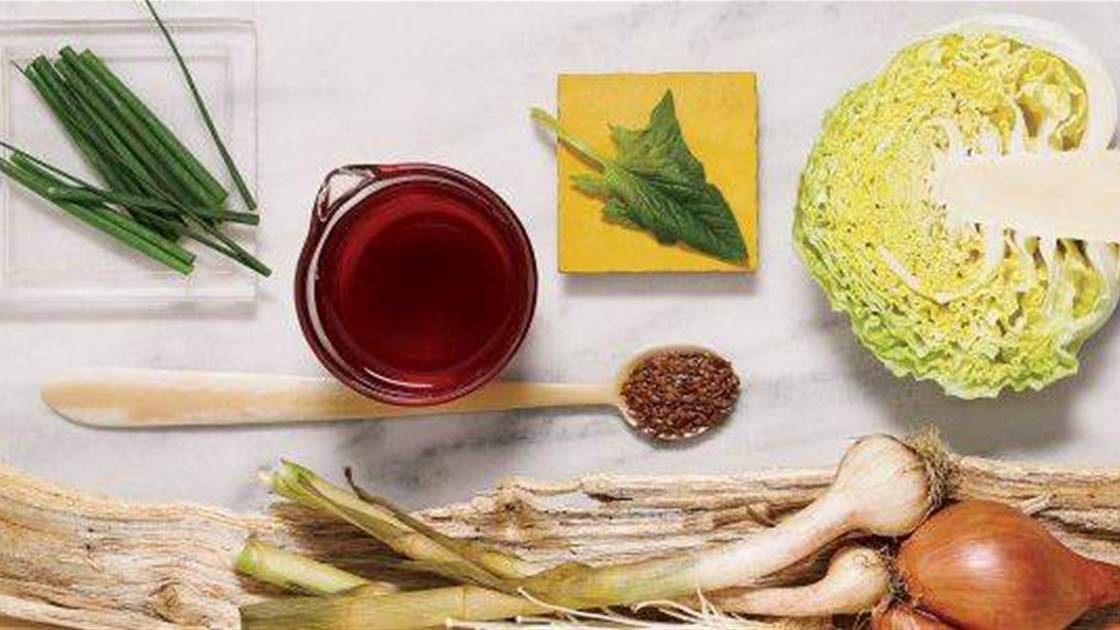 Whether you want to keep away the stomach flu that’s spreading around the office or avoid catching a debilitating cold, you're going to need a strong immune system. Sure, getting a flu shot, washing your hands, and staying away from stray coughs and sneezes can help keep germs away, but at some point or another, your body is going to become exposed to a bug.

Ideally, when this happens, your immune system (the tissues and organs that produce, store, and carry white blood cells that fight infections and diseases) will attack and destroy disease-causing germs that invade your body. But sometimes it fails, and an organism or substances make you sick.

How to make your immune system stronger

The odds of a bug overcoming your immune system and making you sick are much lower if you live a healthy lifestyle. Learning to manage your stress levels, ditching your cigarette habit, exercising regularly, and maintaining a healthy weight are all things that can help keep your immune system strong and keep illnesses at bay, according to resources from Harvard. Eating a healthy diet rich in these nutrient-packed immune-boosting foods can also help. 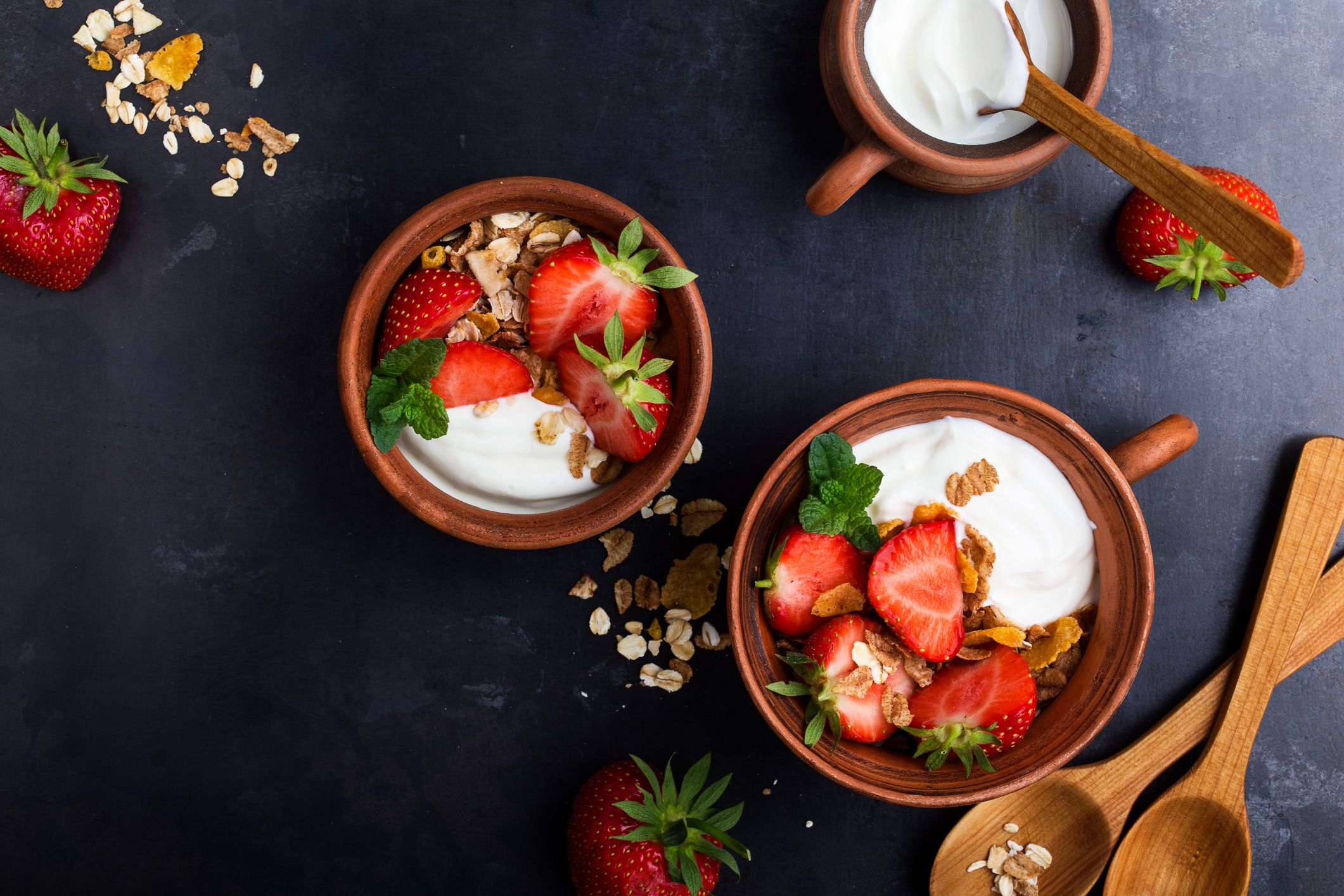 Probiotics, or the "live active cultures" found in yoghurt, are healthy bacteria that keep the gut and intestinal tract free of disease-causing germs. Although they're available in supplement form, a study from Austria found that a daily 200g dose of yoghurt was just as effective in boosting immunity as popping pills. Be sure to pick up containers free of excess added sugar. Plain varieties (which you can flavour with cinnamon and fresh fruit) are your best bets, but anything with less than 8 total grams of sugar is still a wholesome option. 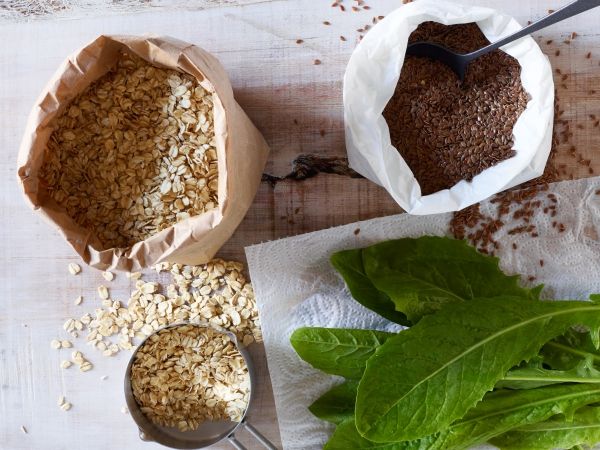 These grains contain beta-glucan, a type of fibre with antimicrobial and antioxidant capabilities more potent than echinacea, reports a Norwegian study. (When consumed, the echinacea plant may slightly reduce your chances of catching a cold.) When animals eat this compound, they're less likely to contract influenza, herpes, even anthrax; in humans, it boosts immunity, speeds wound healing and may help antibiotics work better.

Your optimal dose: At least one of your three daily servings of whole grains. 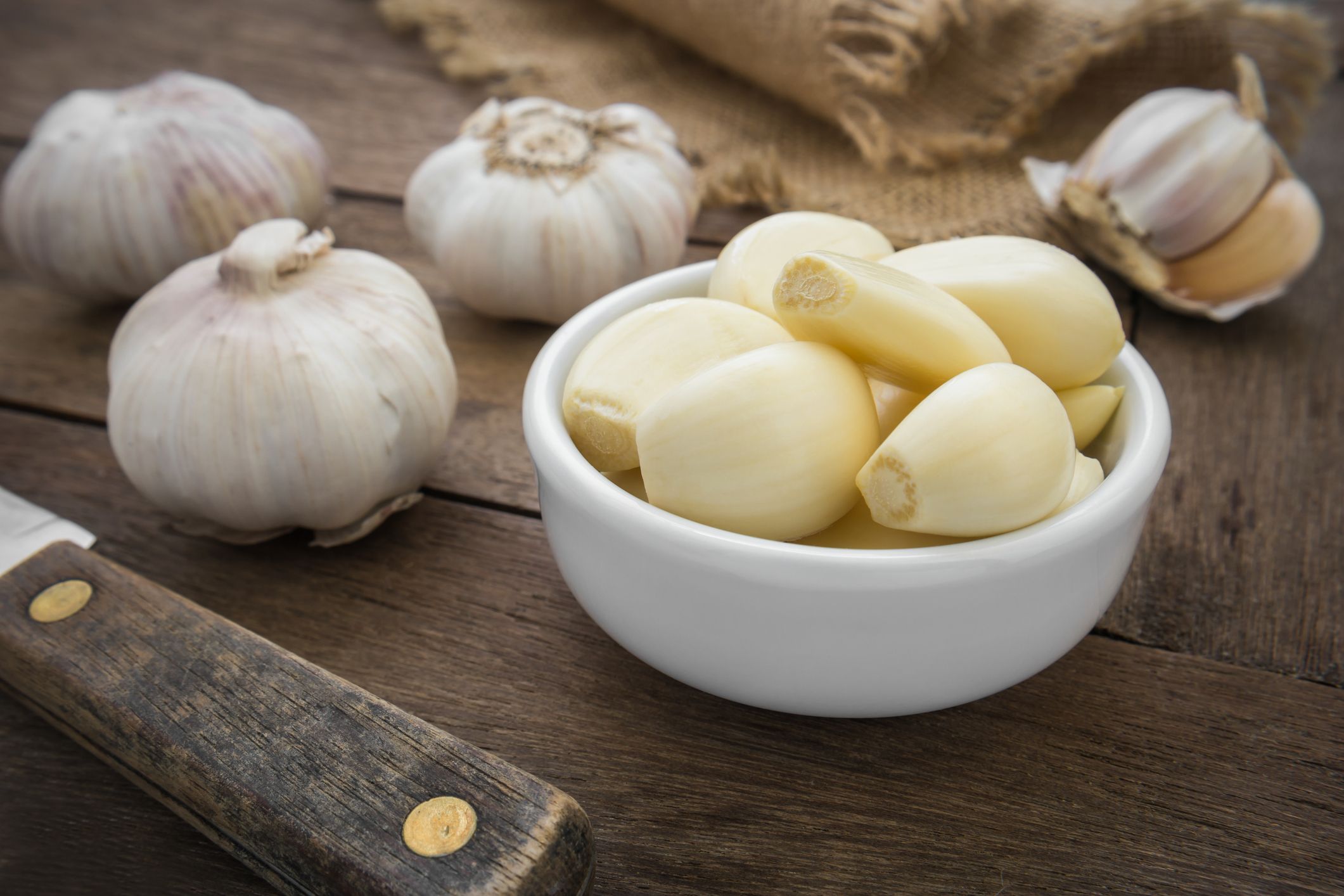 This potent onion relative contains the active ingredient allicin, which fights infection and bacteria. In one study, British researchers gave 146 people either a placebo or a garlic extract for 12 weeks; the garlic takers were two-thirds less likely to catch a cold. Other research suggests that garlic lovers who chow more than six cloves a week have a 30 percent lower rate of colorectal cancer and a 50 percent lower rate of stomach cancer.

Your optimal dose: We know it's a lot, but ideally you should aim for a clove or two a day. (Psst! These garlic-breath-remedies can help keep your breath fresh.) 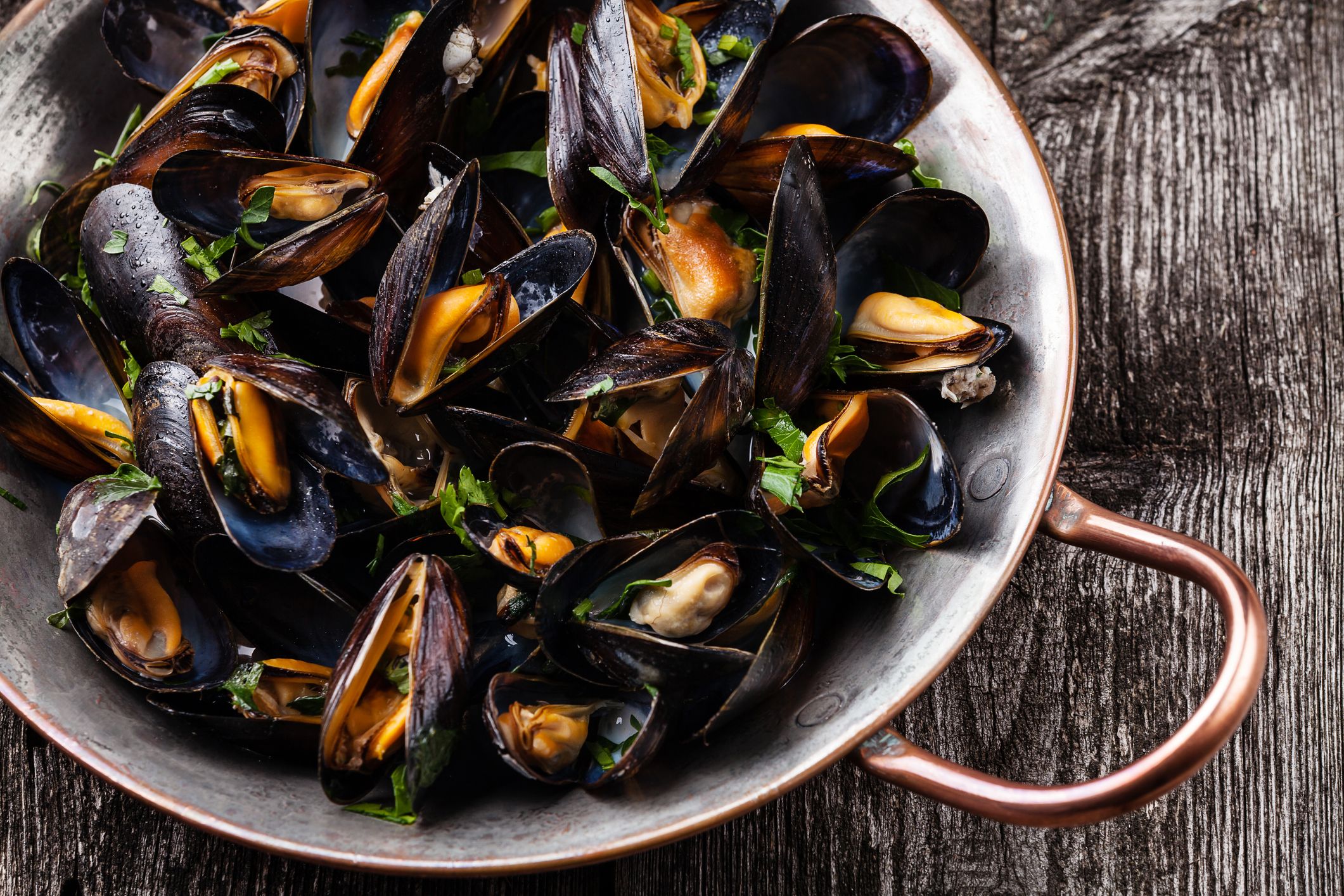 Your optimal dose: Two servings a week (unless you're pregnant or planning to be). 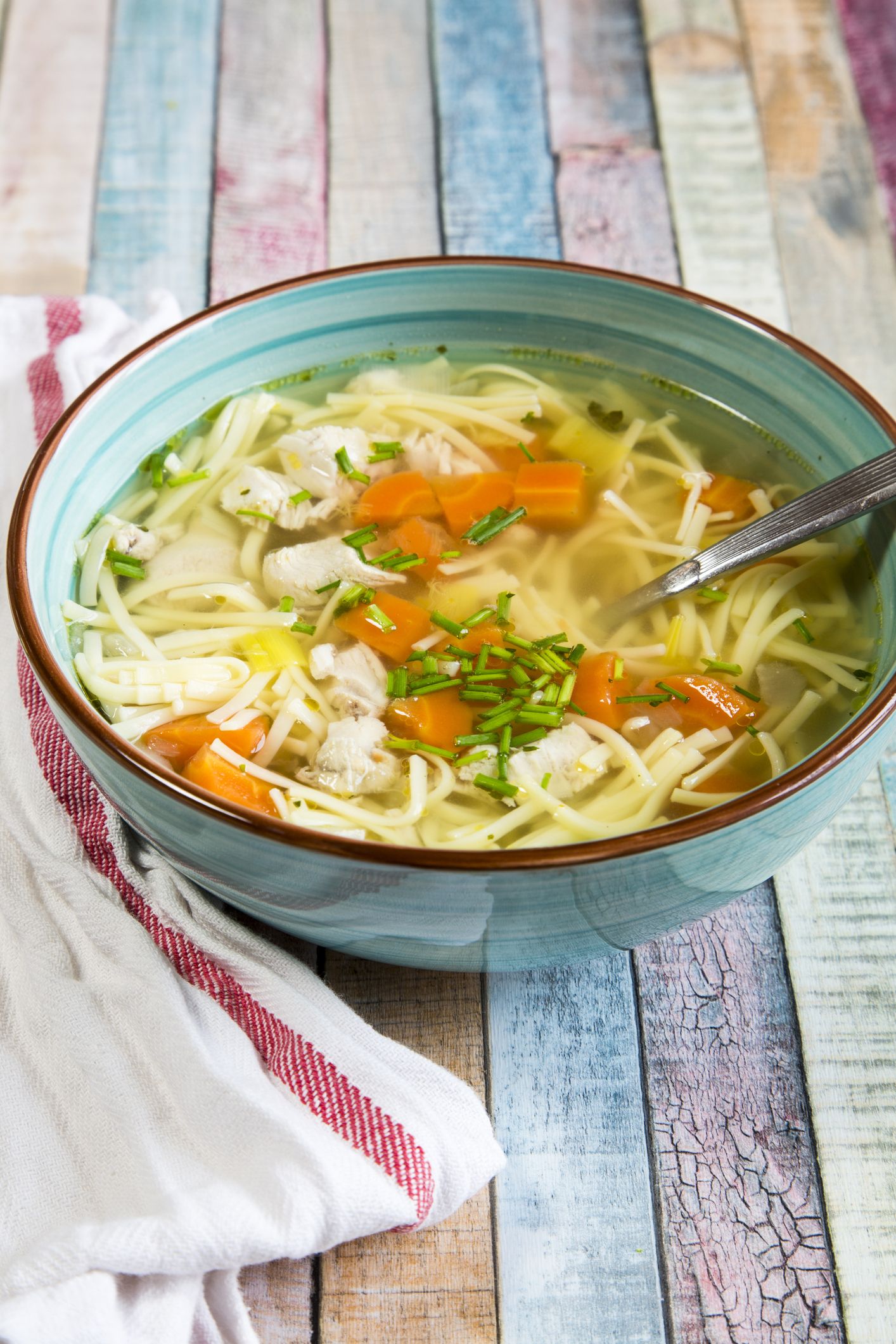 When University of Nebraska researchers tested 13 brands, they found that all but one (chicken-flavoured ramen noodles) blocked the migration of inflammatory white cells - an important finding, because cold symptoms are a response to the cells' accumulation in the bronchial tubes. The amino acid cysteine, released from chicken during cooking, chemically resembles the bronchitis drug acetylcysteine, which may explain the results. The soup's salty broth keeps mucus thin the same way cough medicines do. Added spices, such as garlic and onions, can increase soup's immune-boosting power.

Your optimal dose: Have a bowl when you're feeling crummy. 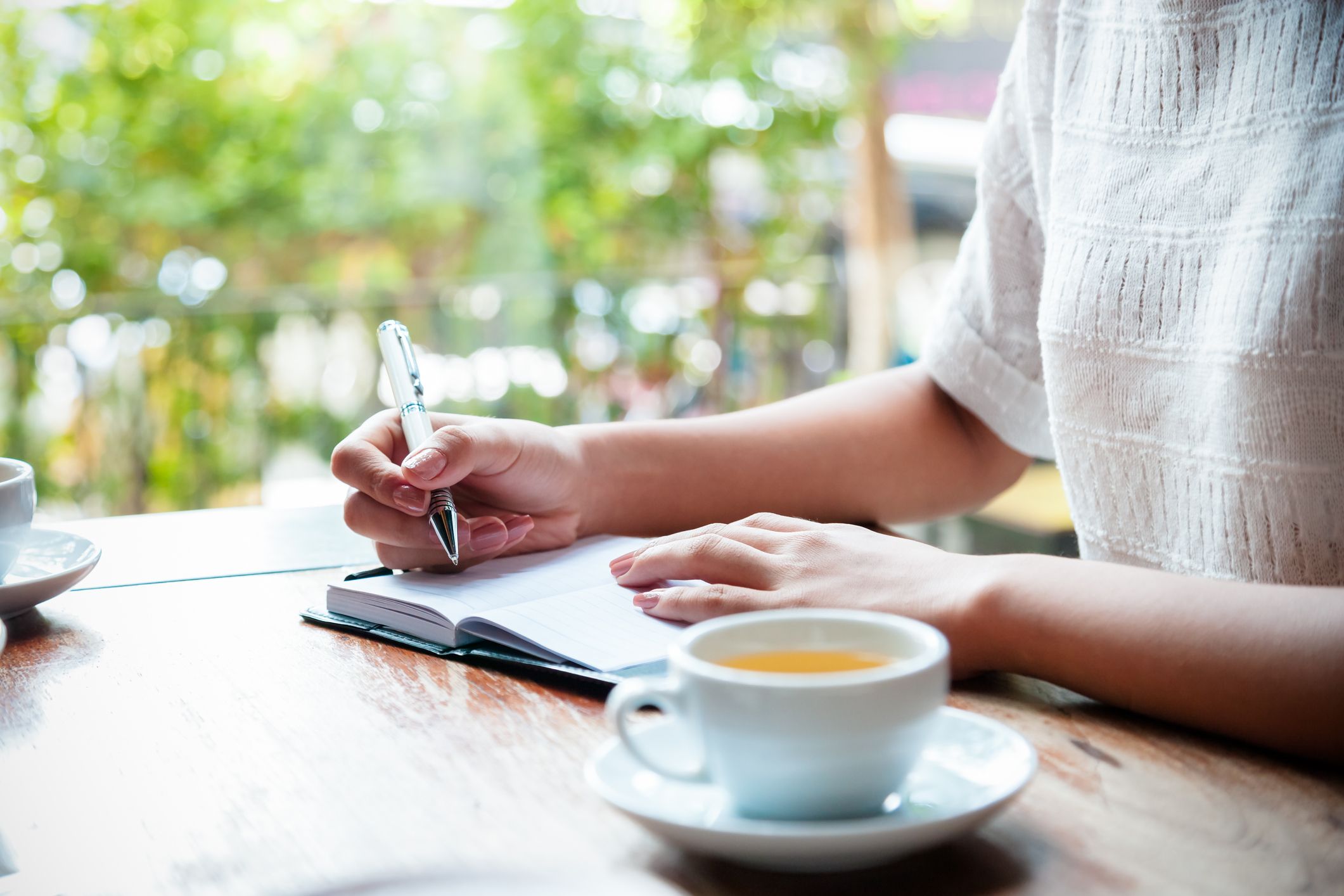 People who drank 5 cups a day of black tea for two weeks had 10 times more virus-fighting interferon in their blood than others who drank a placebo hot drink, in a Harvard study. The amino acid that's responsible for this immune boost, L-theanine, is abundant in both black and green tea-decaf versions have it, too.

Your optimal dose: Several cups daily. To get up to five times more antioxidants from your tea bags, bob them up and down while you brew. 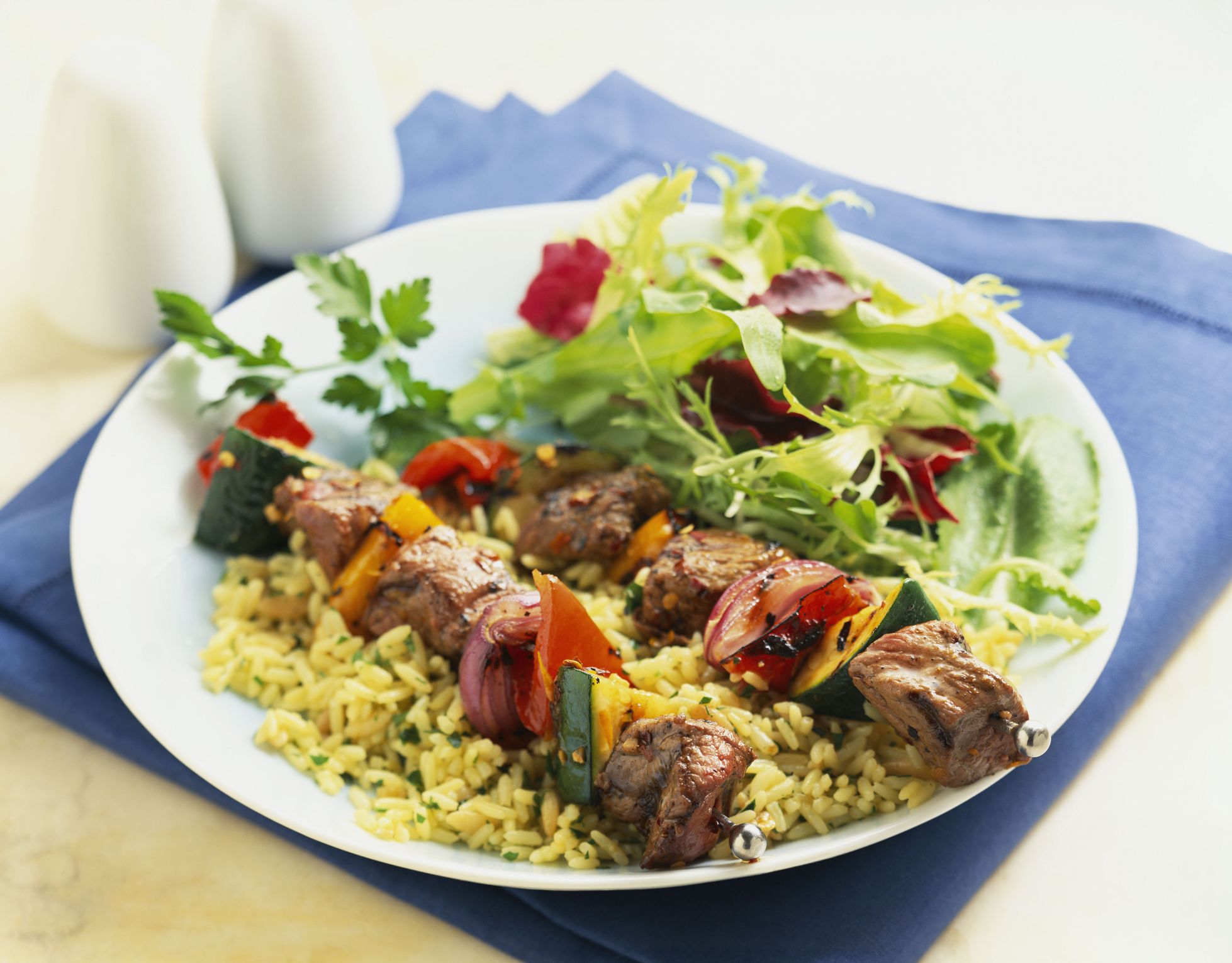 Zinc deficiency is one of the most common nutritional shortfalls among adults, especially for vegetarians and those who've cut back on beef, a prime source of this immunity-bolstering mineral. And that's unfortunate because even mild zinc deficiency can increase your risk of infection. Zinc in your diet is essential for the development of white blood cells, the intrepid immune system cells that recognise and destroy invading bacteria, viruses, and assorted other bad guys, says Dr William Boisvert, an expert in nutrition and immunity.

Your optimal dose: A 90g serving of lean beef provides about 30 percent of the Recommended Daily Intake for zinc. That's often enough to make the difference between deficient and sufficient. 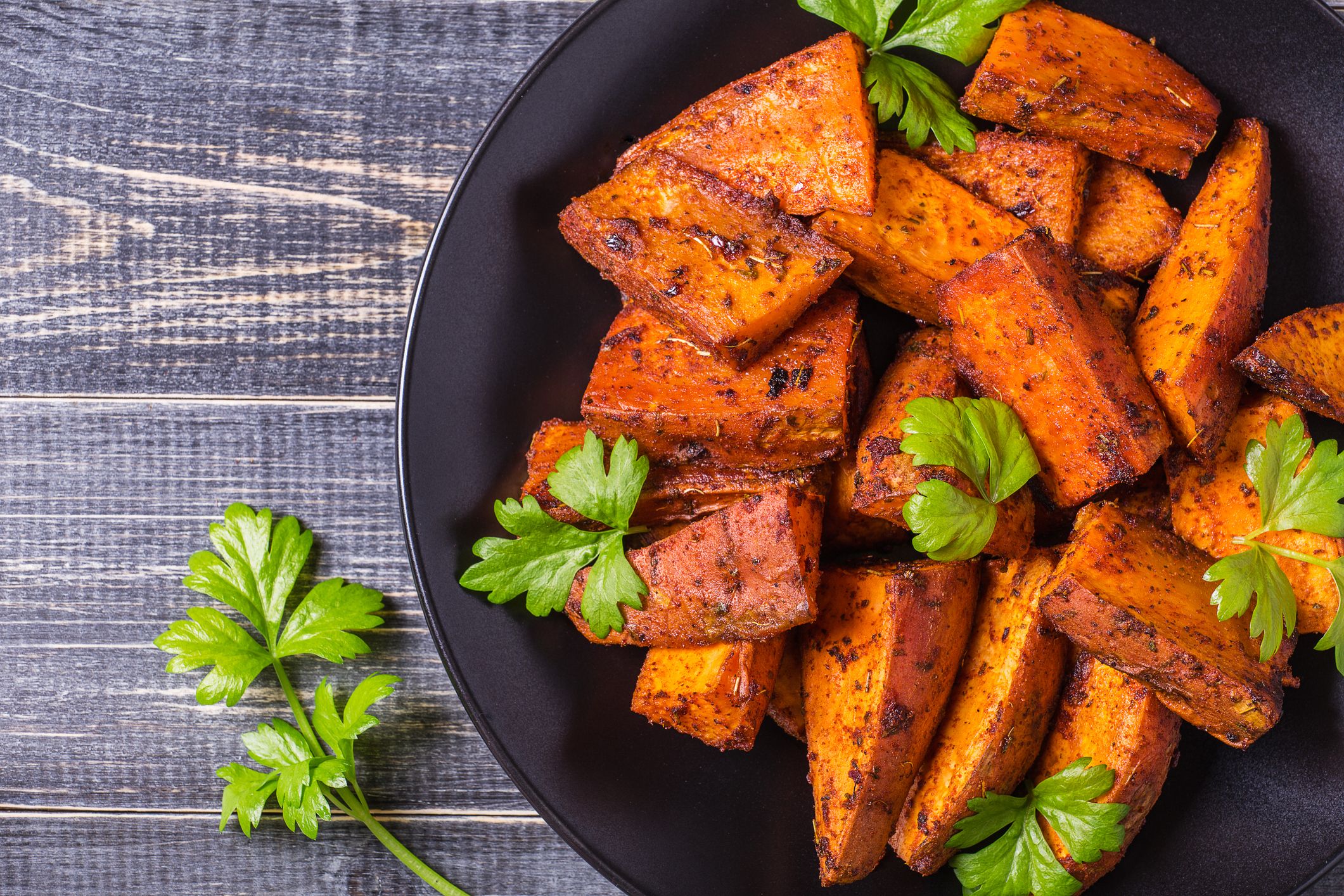 You may not think of skin as part of your immune system. But this crucial organ, covering an impressive 1.5 square metres, serves as a first-line fortress against bacteria, viruses, and other undesirables. To stay strong and healthy, your skin needs vitamin A. "Vitamin A plays a major role in the production of connective tissue, a key component of skin," explains Prevention advisor Dr David Katz. One of the best ways to get vitamin A into your diet is from foods containing beta-carotene, like sweet potatoes, carrots, pumpkin and rockmelon.

Your optimal dose: A half-cup serving only carries 711kJ (170cal) but packs 40 percent of the daily recommended intake of vitamin A (in the form of beta-carotene). 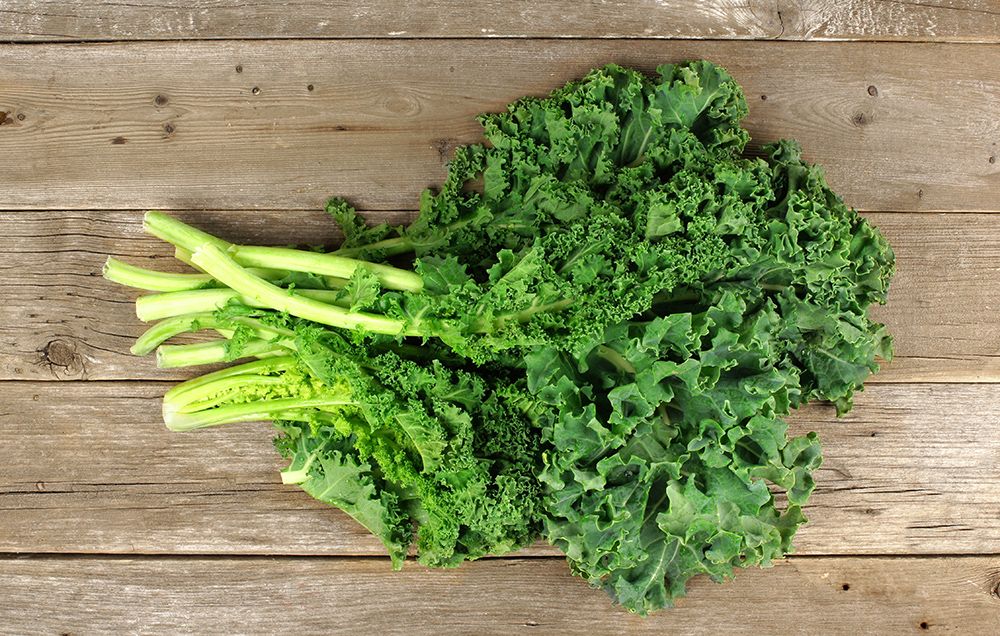 Along with orange produce, dark, leafy greens like kale are an excellent way to increase your vitamin A intake and bolster your immune function.

Your optimal dose: Toss a cup into salads, omelets, stir-fries and pasta dishes a few times a week. A serving has just 138kJ (33cal) and 133 percent of the day's recommended vitamin A intake. 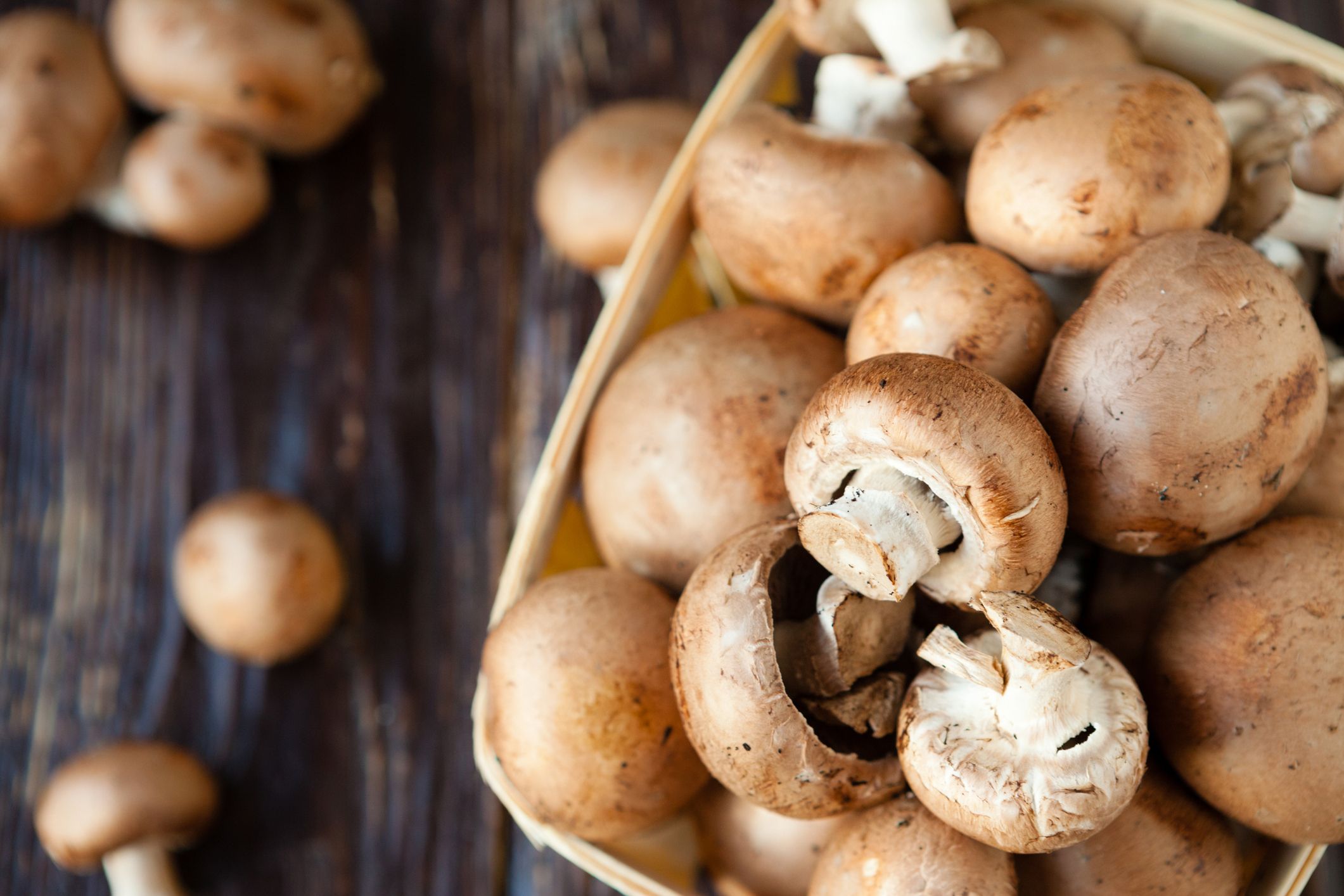 For centuries, people around the world have turned to mushrooms for a healthy immune system. Contemporary researchers now know why. "Studies show that mushrooms increase the production and activity of white blood cells, making them more aggressive. This is a good thing when you have an infection," says herbalist Douglas Schar.

Your optimal dose: Shiitake, maitake, and reishi mushrooms appear to pack the biggest immunity punch; experts recommend at least 7-30g a few times a day for maximum immune benefits. Add a handful to pasta sauce, sauté with a little oil and add to eggs or heap triple-decker style on a frozen pizza. 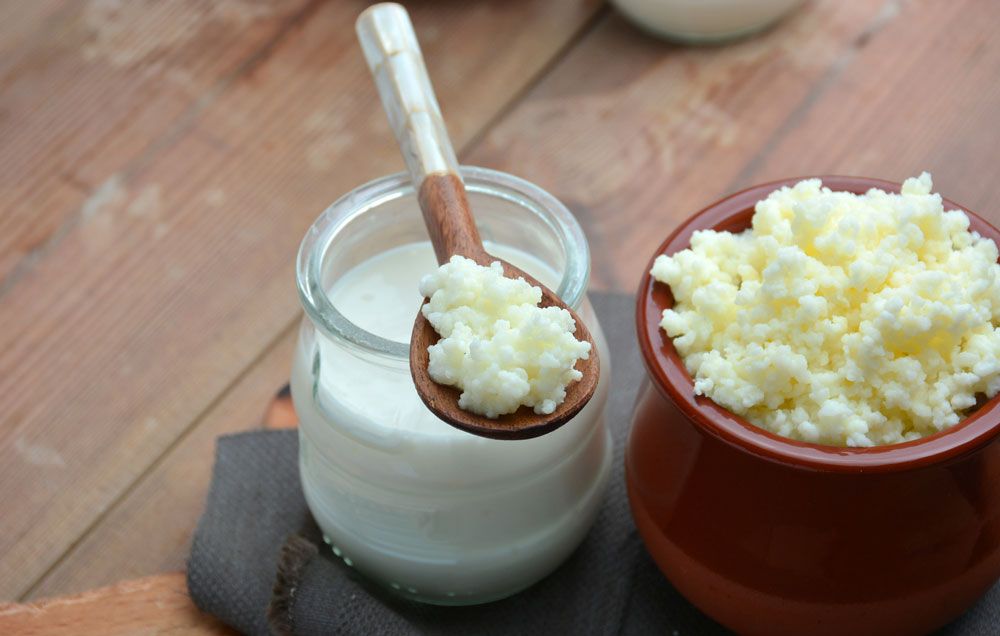 In an 80-day Swedish study of 181 factory employees, those who drank a daily supplement of Lactobacillus reuteri-a specific probiotic that appears to stimulate white blood cells-took 33 percent fewer sick days than those given a placebo. Though not every brand of kefir uses this specific strain.

Your optimal dose: Try working kefir into your diet at least a few times per week. 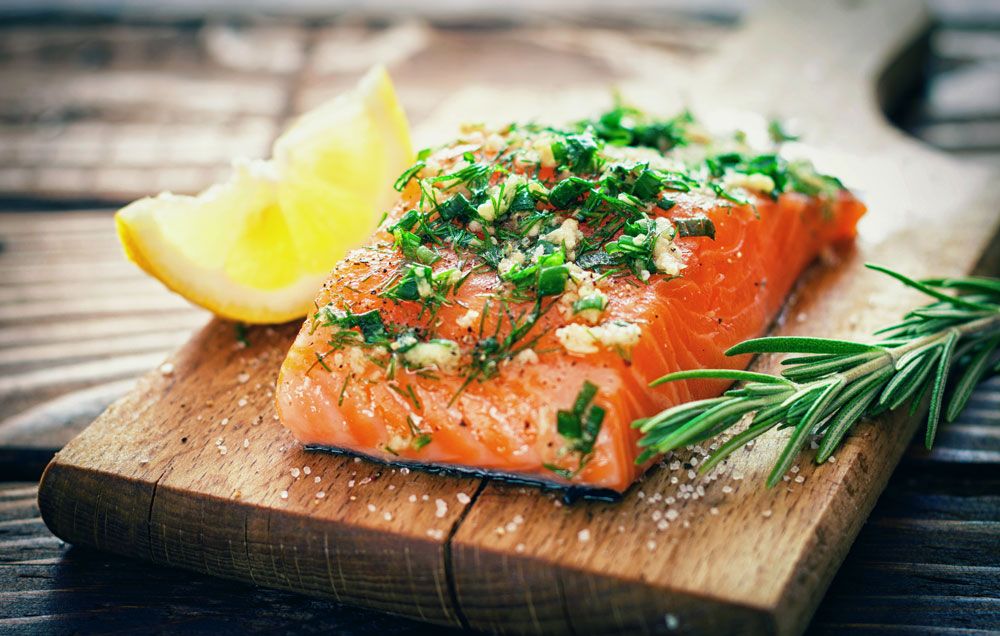 Salmon, mackerel, and herring are rich in omega-3 fats, which reduce inflammation, increasing airflow and protecting lungs from colds and respiratory infections. One animal study also found that the nutrient may help ward off various strains of the flu.

Your optimal dose: Consume two or three 120g servings per week. If you're pregnant or breastfeeding, avoiding eating shark, swordfish and king mackerel, which are high in mercury.

I have read and accept the privacy policy and terms and conditions and by submitting my email address I agree to receive the Prevention newsletter and special offers on behalf of Prevention, nextmedia and its valued partners. We will not share your details with third parties, and will only share delivery information in the event of you being a prize winner.
This article originally appeared on prevention.com
© prevention.com
First published: 27 Apr 2020
Tags:  coldcureeatingflufoods to beat coldshealthyhealthy eatinghealthy habitsimmunitynutrition