There’s health ‘information’ everywhere, but some of it is as reliable as an office printer. Here’s how some common misconceptions took hold, what’s actually true and how to stay well. 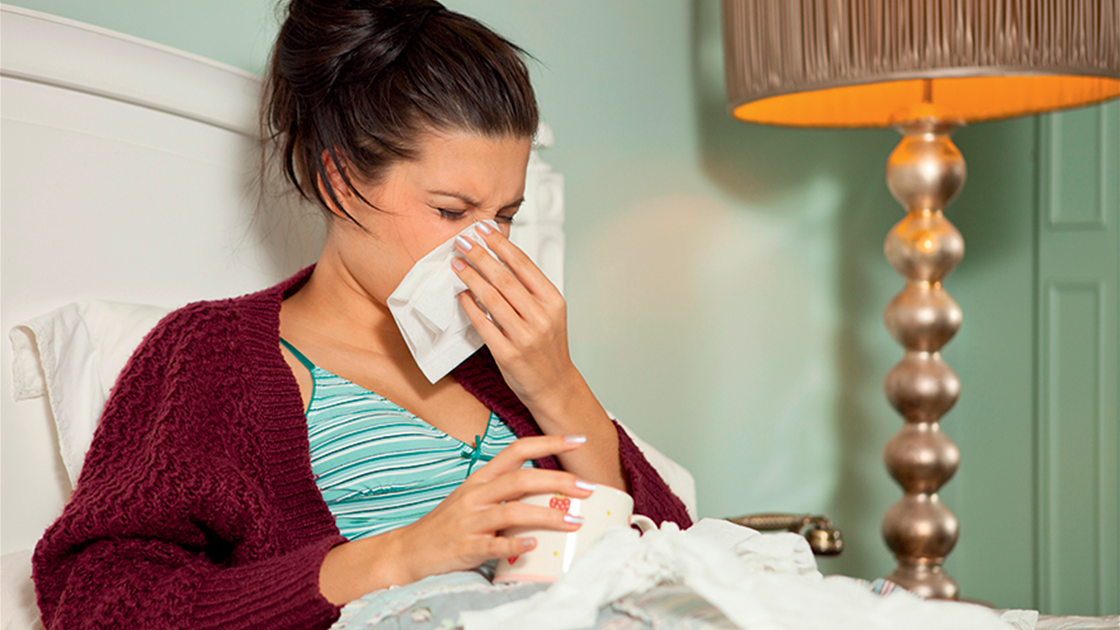 1. FALSEHOOD: If you scoop dropped food off the floor within five seconds, it's totally safe to eat.

There’s more wishful thinking than science behind the five-second rule. While it’s unclear exactly where this rumour originated, it’s said that the practice of dusting off dropped food goes back 800 years to Mongolian warrior Genghis Khan, who happily ate food that had been on the ground. It’s likely that this myth has persisted because, if you all got violently ill every time you ate slightly dirty food, you’d soon learn to stop doing it, says microbiologist Dr Don Schaffner, who conducted tests to see just how fast food became contaminated after falling. In Dr Schaffner’s experiments in 2016, the found that any amount of time food spent in contact with a surface resulted in bacterial ‘transfer’ – the more time, the more bacteria. And bacteria can cause gastrointestinal illness.

Common sense is your best friend in deciding whether to brush something off and eat it. Consider how moisture-rich or porous the food is, says dietitian Jaclyn London. For example, a strawberry may pick up more bacteria than a solid cracker. And keep in mind what had been on that floor (the dog or muddy shoes) before you dropped the food, she adds. If an expensive piece of salmon or sirloin hits the floor, go ahead and rinse it off, but remember to scrub the sink of bacteria, says Dr Schaffner, who points out that cooking the food will kill any lingering germs.

2. FALSEHOOD: You should feed a cold and starve a fever

The idea of eating more when you have a cold comes from a centuries-old myth that food stokes the fire in your belly to fight off germs. The ‘starve a fever’ half of that maxim has been traced to a 1574 dictionary that claimed that fasting was “a great remedy of fever”. “But there’s no evidence that this adage is true,” says internal medicine specialist Dr Nitin Damle. In fact, a 2008 study in the Journal of Nutrition found that mice exposed to the flu took longer to recover and were more likely to suffer ill effects if they were on a restricted diet. Dr Damle thinks this idea has remained entrenched in the public mind for various reasons, including the fact that many people with a feverish flu have no appetite, yet those with a common cold are still able to eat.

Throughout either illness, it’s wise to stay well hydrated and eat balanced, healthy meals including at least a few grams of protein, says Dr Damle. One exception: If you’re knocked flat with a stomach bug, consider letting your digestive tract rest for 12 to 24 hours by consuming only liquids. And feel free to down chicken soup. Maimonides, an influential 12th-century Jewish physician and philosopher who first wrote about the all-natural cold remedy, was on to something: Some studies have shown that chicken soup has anti-inflammatory properties and can help clear chest and nasal congestion.

This belief can be traced back to a letter published in the New England Journal of Medicine in 1968, in which a doctor reported feeling as if he had a hangover after eating Chinese food and suggested that the common seasoning monosodium glutamate (MSG) was the culprit. This lone opinion, with no scientific back-up, led to a flood of follow-up letters to the journal about supposed ‘Chinese restaurant syndrome’, and the idea was picked up by mainstream media. Critics say MSG is a common ingredient in many processed foods, including canned soups and fried chicken from fast food restaurants, and it occurs naturally in tomatoes and cheese, but no one was suggesting that consumers avoid those.

To this day, some people blame headaches and other unpleasant symptoms on Chinese food with MSG, despite the fact that double- blind studies have never been able to prove a connection between the umami-tasting seasoning and negative effects. Authorities, including Food Standards Australia New Zealand, have approved MSG as a safe additive.

If you get headaches after eating any food, consider a more common trigger: salt, which can be very high in some sauces, says London. Your best bet is to order steamed versions of your favourite dishes and get the sauce on the side so you can adjust how much you use. And fill up on vegies – they contain minerals that help balance out the sodium.

A meta-analysis of multiple clinical trials showed that coconut oil increases both the LDL (bad) cholesterol as well as the HDL (good) cholesterol levels. Alternatives such as olive oil (extra virgin is best) and canola oil, which are mainly unsaturated fat, both lower LDL cholesterol and raise HDL cholesterol, making them clearly a healthier choice for cholesterol overall.

With unreliable health info being so widely shared on social media, it’s hard to know what’s true or not. So where should you go for trustworthy facts? Here are some of Prevention’s favourite resources to turn to for the most up-to-date, evidence-based information.

Have you got your copy of the latest issue? Subscribe to Prevention magazine today!

I have read and accept the privacy policy and terms and conditions and by submitting my email address I agree to receive the Prevention newsletter and special offers on behalf of Prevention, nextmedia and its valued partners. We will not share your details with third parties, and will only share delivery information in the event of you being a prize winner.
© Prevention Australia
First published: 8 Sep 2021
Tags:  health