It can do more than fight nausea. 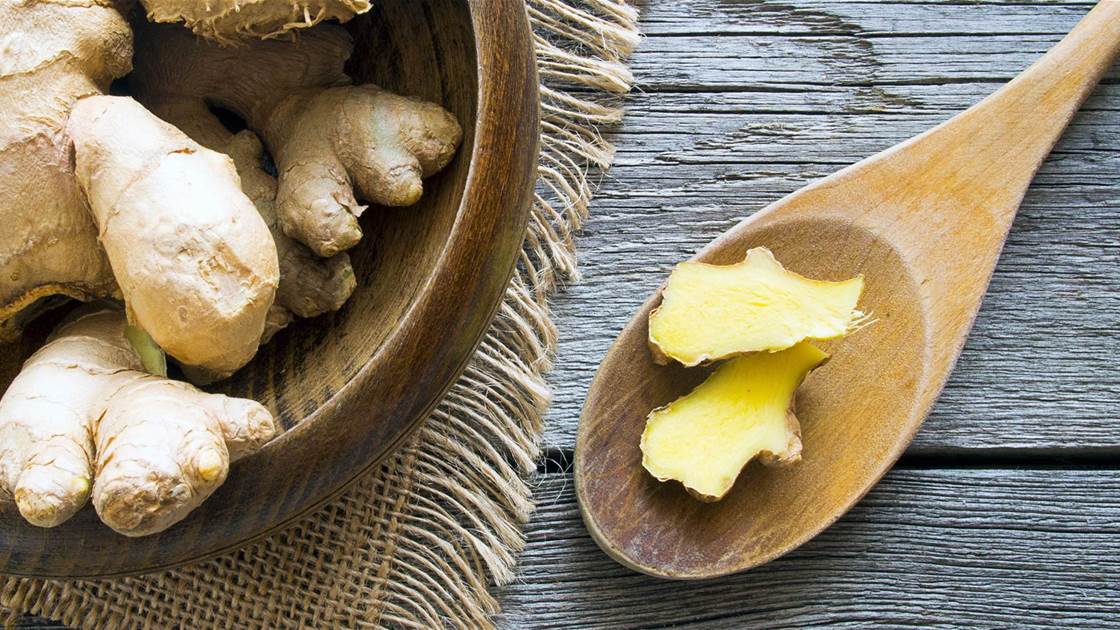 There’s a reason why ginger is one of the most popular over-the-counter remedies for stomach problems: it really works. A review in the journal Critical Reviews in Food Science and Nutrition concluded that ginger could effectively quell nausea and vomiting-and that's just one of countless studies with similar findings. But this potent spice is more than just a home remedy for GI troubles-and chances are, it deserves a bigger place in your diet.

Ginger is loaded with antioxidants, which ward off disease-causing inflammation in the body, promoting better health and wellbeing, says dietitian Tara Gidus Collingwood. Better yet? It's super low in kilojoules (a 5-inch slice has just 37kJ) and has a zesty, peppery flavour that gives life to a variety of different foods.

Intrigued? Here are five additional health benefits of ginger that may just convince you to add more of it to your diet.

Move over, tart cherries—there’s evidence that ginger can help ease exercise-induced muscle soreness, says Collingwood, possibly due its anti-inflammatory compounds. A 2015 study in the journal Phytotherapy Research found that people who took one 4-gram ginger supplement for five days experienced a delay in muscle soreness after an intense exercise session compared with those who popped a placebo. The researchers say their findings suggest that ginger might aid muscle recovery after a hard workout.

Ginger might help lower your risk of heart disease

A 2017 study in the journal Nutrition found that adding 4 grams (1 to 2 teaspoons) of ginger to your diet could lower your risk for high blood pressure by 8 percent and coronary heart disease by 13 percent. The researchers theorise that ginger acts as a kind of ACE-inhibitor, which can help lower blood pressure. Plus, the spice is also high in polyphenols, a type of antioxidant that has heart-protective properties.

Over a quarter (26%) iof Australians are obese, a condition that could raise the risk of heart disease, type 2 diabetes, and more. While it’s not a magic weight loss pill by any means, a 2017 review stated that ginger might ward off weight gain by suppressing hunger and boosting our calorie burn.

Like obesity, diabetes is also on the rise: An estimated 1.7 million Australians—or about 9.4 percent of the population—currently have the condition, according to Diabetes Australia. According to a 2017 review, ginger could improve insulin sensitivity, which can help ward off prediabetes.

More than half of all women are in pain for one or two days during their period. Dysmenorrhoea (or pain associated with menstruation) is the most commonly reported period-related disorder. To the rescue: 250-milligram capsules of powdered ginger. This treatment was as effective at relieving dysmenorrhea as ibuprofen, according to a study published in 2009 in The Journal of Alternative and Complementary Medicine

I have read and accept the privacy policy and terms and conditions and by submitting my email address I agree to receive the Prevention newsletter and special offers on behalf of Prevention, nextmedia and its valued partners. We will not share your details with third parties, and will only share delivery information in the event of you being a prize winner.
This article originally appeared on prevention.com
© prevention.com
First published: 26 Jun 2018
Tags:  eatingflat belly cookbook for dummiesfood science and nutritiongihealth benefits of gingerhealthyhealthy eatingnatural remediesnutritionnutrition/wellnessstomach problems