5 Possible Reasons You Have Swollen Lymph Nodes, According to a Doctor

Enlarged glands mean your body is fighting off something, but how can you tell if it’s mild or serious? 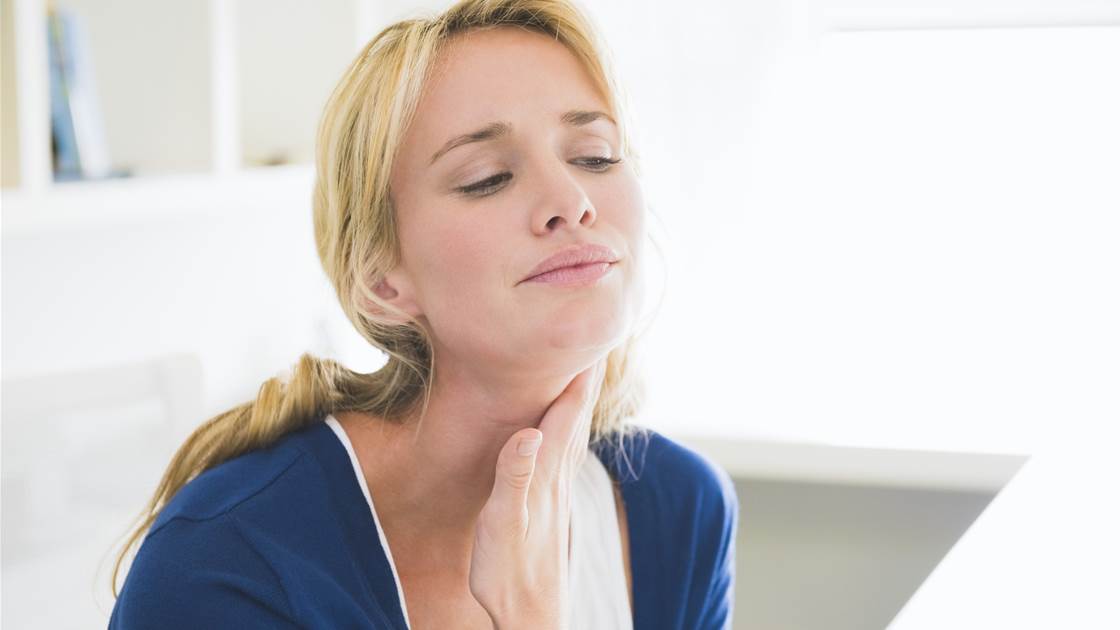 Among the range of uncomfortable symptoms, swollen lymph nodes tend to spark feelings of dread. They can become quite large, feel tender to the touch, and signal a wide variety of illnesses, from common infections to more serious conditions.

But having a swollen lymph node isn’t always a big deal. It’s usually a good sign: These tender glands—most prominently in your neck, groin, and armpits—are showing that your immune system is in a battle to keep your body healthy.

Lymph nodes are part of your lymphatic system, your body’s infection-fighting powerhouse. “Lymph nodes represent the main factory for the immune system—that’s where all of the activity occurs that relates to the generation of antibodies and the mobilisation of cells to fight off infection,” says Dr Stanley Rockson.“They reflect the body’s response to acute inflammation.”

The vessels of the system are like a highway of one-way lanes; lymphatic fluid that’s full of immune cells is pushed throughout your body. Along the way, the fluid passes through these bean-shaped nodes (about 600 of them!), which are located in clusters, from your knees up to behind your ears. These nodes, which are the size of a pea, are filled with more disease-fighting cells.

While the lymphatic fluid is on the move, the immune cells scan for “bad guys”—say, a virus or a bacteria—and if it comes across them, it triggers the nodes to boost the number of their disease-fighting cells. This causes swelling to fight off the infection, “and when the job is done they return to their normal size,” says Dr Rockson.

Swollen lymph nodes are temporary and will eventually resolve on their own, says Dr Rockson. But how can you tell if these enlarged glands are a sign of something more serious? Here’s how to identify swollen lymph nodes, what causes them, and when the symptom actually warrants a visit to your doctor’s office.

What do swollen lymph nodes look and feel like?

Normally, lymph nodes aren’t visible, but when they’re swollen you may (or may not) be able to see a bump. Depending on how enlarged they are, swollen lymph nodes may feel like little rubbery nodules the size of a pea, or as big as a cherry or even a plum (either soft and tender or firm).

What can cause swollen lymph nodes?

1. You just received a vaccine.

Any vaccine needs to spark an immune response in order to be effective—including the annual flu shot and the COVID-19 vaccines. “A vaccine replicates what would be a part of the infection without the infection itself,” explains Dr Rockson. “The vaccine creates antibodies in the lymph nodes. In order for the response to occur, those cells have to expand in number, which causes the nodes to enlarge. That’s all part of the normal bodily response [to a vaccine].”

So your body is doing what it’s supposed to, and the swollen glands will progressively shrink in size over time (typically in about a week). They can appear anywhere after you receive a vaccine, but you’ll likely notice them under your arms or in your neck, which is often near where the injection was.

2. A common infection is stirring up symptoms.

Many common infections, whether they’re short-lived or chronic, can cause swollen lymph nodes, says Dr Rockson. This includes upper respiratory infections, strep throat, ear infections, an infected tooth, measles, mononucleosis, a skin infection, tonsillitis, and pink eye—some of which will likely present with other flu-like symptoms beyond swollen glands or pain and irritation in the affected area.

Most viral infections, like the common cold, will eventually fade without specific treatment, says Dr Rockson. But if your symptoms are increasingly uncomfortable, it’s best to reach out to your doctor. Bacterial infections—for example, strep throat or some cases of pink eye—will require antibiotics to clear things up.

3. A less common infection could be at play.

Rarer infections can also spur swollen lymph nodes, such as tuberculosis, toxoplasmosis (a parasitic infection), and some STIs (like HIV or syphilis). If your lymph nodes are swollen in two or more areas—say, not the two nodes by your jawline, but one by your jaw and one by your armpit or another spot on your body—that could indicate a wider systemic problem.

So in that case, your doctor would perform various diagnostic tests, depending on your other symptoms. For instance, if you showed signs of tuberculosis, such as fever, night sweats, cough, and weight loss, they might perform a skin test to see if you’ve been infected with the bacteria that causes it. HIV has similar possible symptoms—plus rash, mouth ulcers, and muscle aches—so if there was reason to suspect that you’d been exposed, your doctor would suggest diagnostic blood tests to get to the root of the problem.

4. An autoimmune disorder could be the culprit.

An autoimmune disease is a misfiring of the immune system, causing it to attack healthy organs, tissues, or cells. There are more than 80 known autoimmune diseases, including psoriasis, coeliac disease, type 1 diabetes, lupus, and rheumatoid arthritis (RA).

That overactive immune system can cause lymph nodes to swell—for instance, in cases of lupus and RA—but not all of these diseases have enlarged lymph nodes as a symptom. Autoimmune disorders can be tricky and frustrating to diagnose; if you’re concerned, talk to your doctor, who will typically look at your constellation of symptoms, which can range from joint pain and swelling to constant fatigue, depending on the specific disease.

5. In rare cases, swollen lymph nodes can be a sign of cancer.

Swollen lymph nodes rarely point to cancer, in fact, experts believe less than 1% of people with the symptom have cancer.

“In the case of cancer, the lymph nodes are trapping cancer cells to prevent their spread through the body. The immune system responds to cancer like it’s a foreign invader, but though the lymph nodes can contain the cancer, they can’t resolve it,” says Dr Rockson.

❗ When should you call your doctor about swollen lymph nodes?

According to Dr Rockson, you should talk to your doctor if your swollen lymph nodes persist (longer than two-to-four weeks is a general suggestion on when to seek help, though it depends on the person), become more painful over time, are very firm to the touch, continue to increase in size, or are accompanied by night sweats, redness in nearby skin, or unexplained weight loss. In kids, any node that’s bigger than 1 centimeter should be checked out.

“It’s never wrong to get something evaluated when you’re concerned,” says Dr Rockson. “Lymph node enlargement is part of normal biology. But when it’s excessive, when it’s persistent, when it’s continuing to get worse over time, that’s when it’s a good idea to get it evaluated.”

I have read and accept the privacy policy and terms and conditions and by submitting my email address I agree to receive the Prevention newsletter and special offers on behalf of Prevention, nextmedia and its valued partners. We will not share your details with third parties, and will only share delivery information in the event of you being a prize winner.
This article originally appeared on prevention.com
© prevention.com
First published: 28 Jul 2021
Tags:  healthnutrition/wellness