8 Things You’re Not Washing or Cleaning Nearly Enough, According to Doctors

Your towels can get *seriously* gross. Even if you’re a total neat freak, there are probably still a few things you use every day that may escape your notice or that you simply let slide, because hey, life gets busy sometimes.

Sure, you can’t see them, but potentially harmful bacteria love to lurk in the stuff you use every day, so it’s important to minimise your risk of infection where and when you can. And with cooler autumn days and more of us working from home, it’s time to reconsider what common household items should be part of your weekly cleaning routine. Consider this a little friendly motivation to take the extra step towards a healthy immune system. 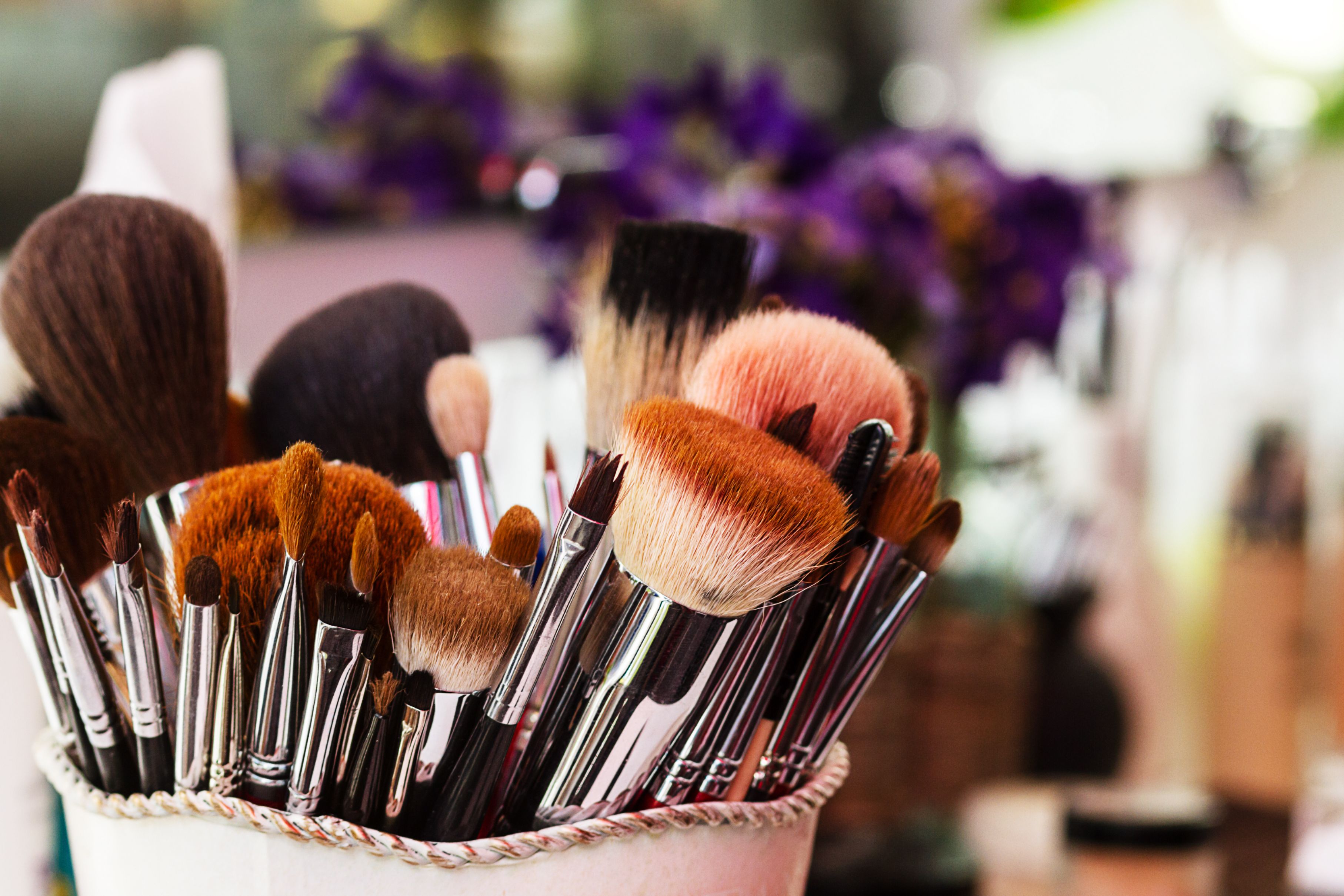 If you only have a few minutes to apply makeup before you rush out the door in the morning, you may let yourself ignore the cakey buildup of foundation on the end of your brushes. But these beauty tools aren’t just good at picking up product—they pick up everything else your face, too.

“Makeup brushes pick up skin bacteria as well as oil and dead cells that help harbor those germs,” says dermatologist Dr Cynthia Bailey. And eventually, you’ll start seeing the effects of having petri dishes for makeup brushes when you look in the mirror, from skin irritations to major breakouts.

Clean up: You should wash your brushes at least every two weeks, says Dr. Bailey, and a minimum of once per month. She recommends filling a large cup with water at room temperature, adding a small squirt of fragrance-free shampoo, then swishing brushes in the soapy water for about 30 seconds. Rinse them with water, then allow them to dry overnight on a clean towel. 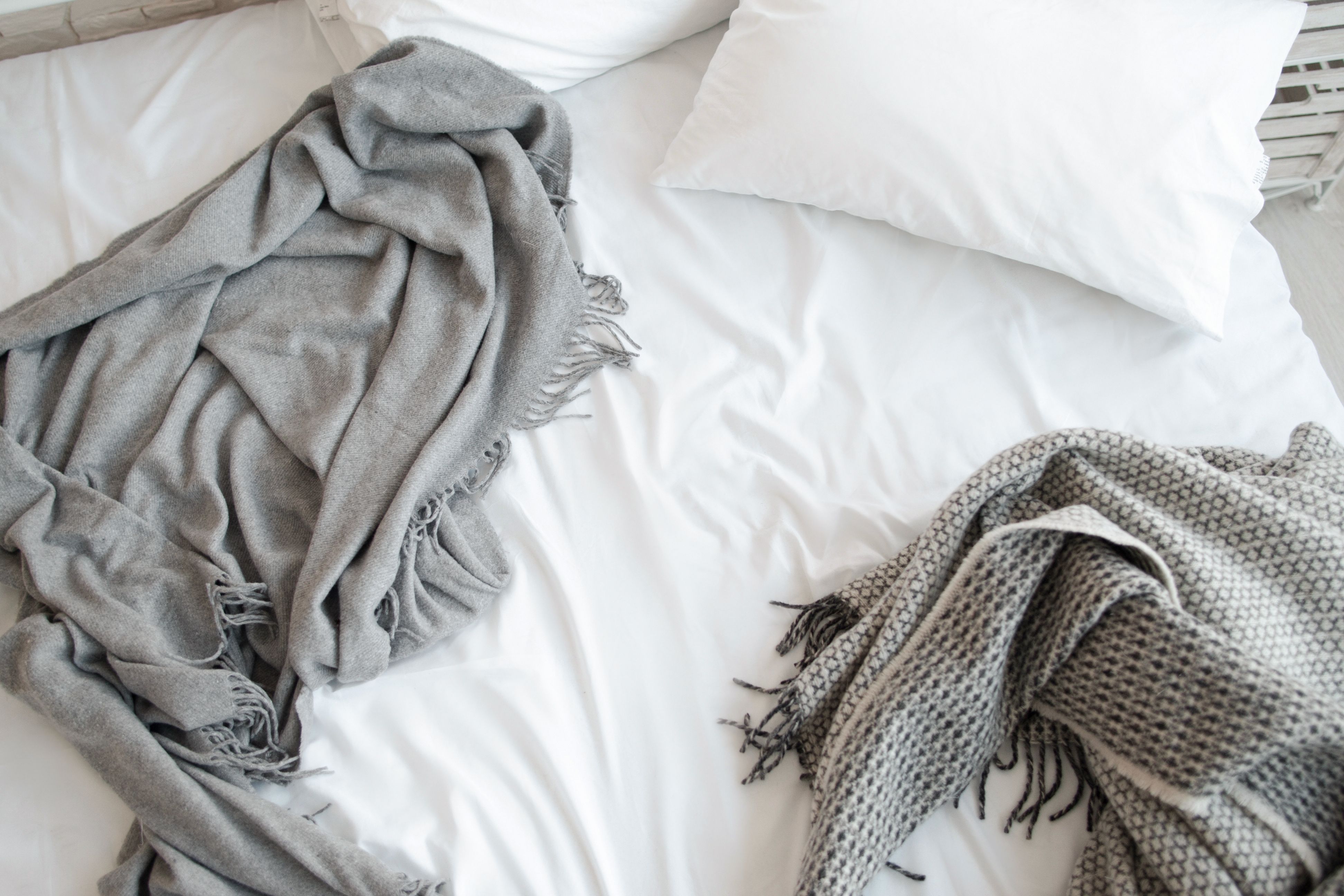 The last thing you want to think about after you’ve crawled into bed is how many germs may be hanging out under the covers with you. But if it’s been awhile since your sheets have visited the washing machine, you may want to brace yourself. Studies show that humans produce 98 litres of sweat in bed per year, and that kind of warm moisture turns beds into bacteria- and fungal-growing hotspots. Not only that, but bedding is also home to body excretions and oils, animal dander, pollen, and even food particles (if you’re the type of person who likes to snack in bed).

If you suffer from allergies or are sensitive to dust mites, unwashed bedding may only be making your symptoms worse. Plus, a germy pillowcase can also cause you to break out. That goes for your sheets, too, since germs can lead to acne or infections on other parts of your body.

Clean up: “Studies have shown that many people wash bedding and pillowcases only once or twice a month at most,” says GP Dr Dean Nader. “The reality is, though, that in order to prevent bacteria growth, bedding should be washed every week at minimum.”

This may seem like a huge chore to add to your weekend to-do list, but Dr. Nader suggests changing your mindset. “Most people do laundry once a week already, so it might be helpful to simply add one extra load to your usual routine for bedding.” 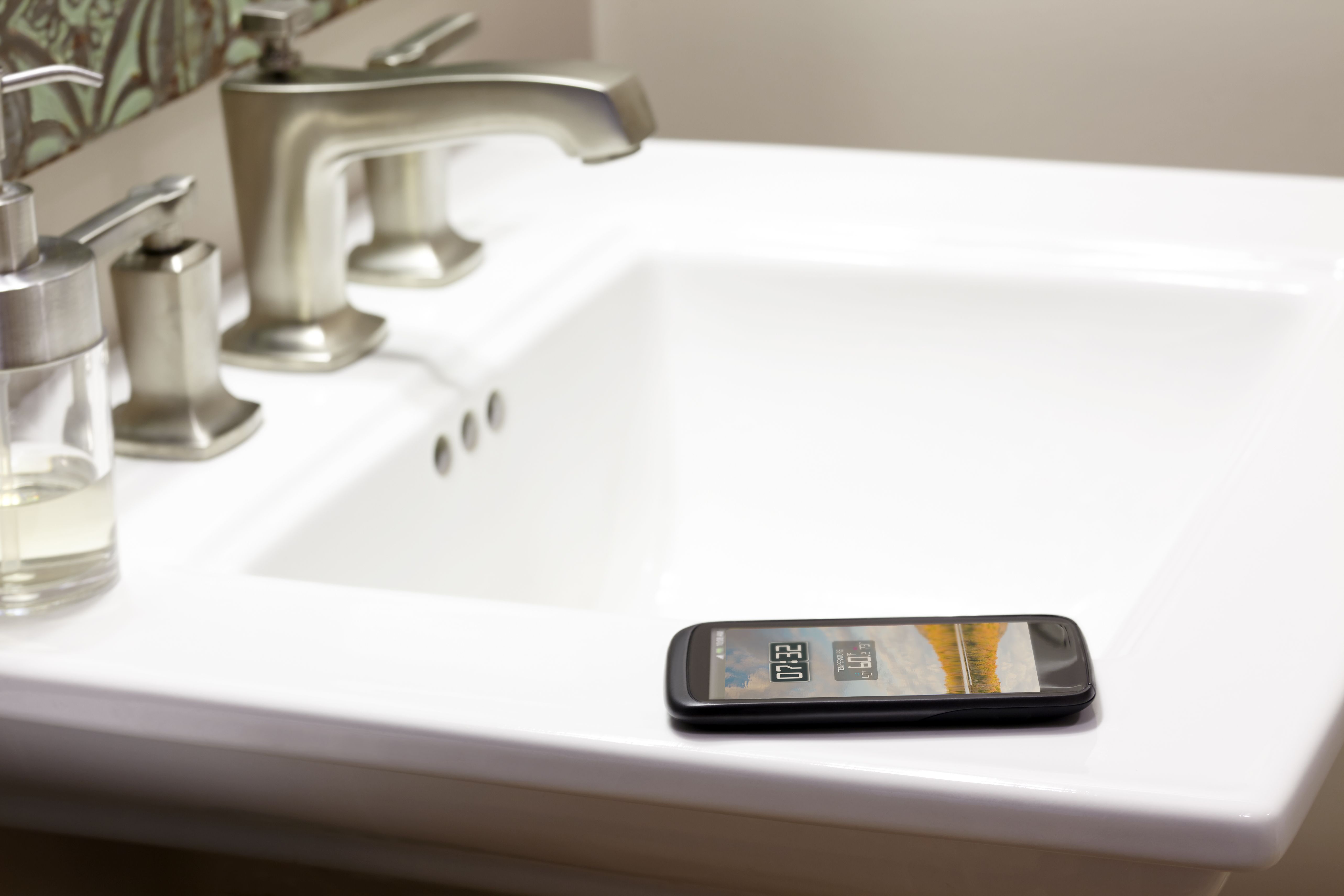 If you’re like most people, you probably keep your phone at your side day and night—including on the toilet! (Hey, there’s no shame in checking Twitter during bathroom breaks.) What may not be top of mind is how often you’re touching your phone with less-than-clean hands. “Phones are an extension of your hands and you need to think about the surface of your phone as something that can spread germs,” says Dr. Bailey.

“Your hands can pick up staph aureus (impetigo germ) from surfaces like handrails, handshakes, and elevator buttons,” says Dr. Bailey. “Cold and flu germs travel this way, too.” In fact, a 2017 study published in the journal Germs looked at 27 mobile phones owned by teenagers, and found “bacterial contamination” on all of them.

Clean up: Dr. Bailey suggests cleaning your phone daily with a slightly damp microfibre cloth or screen wipe. “Keyboards are the same!” she adds. Learn exactly how to clean your mobile phone here. 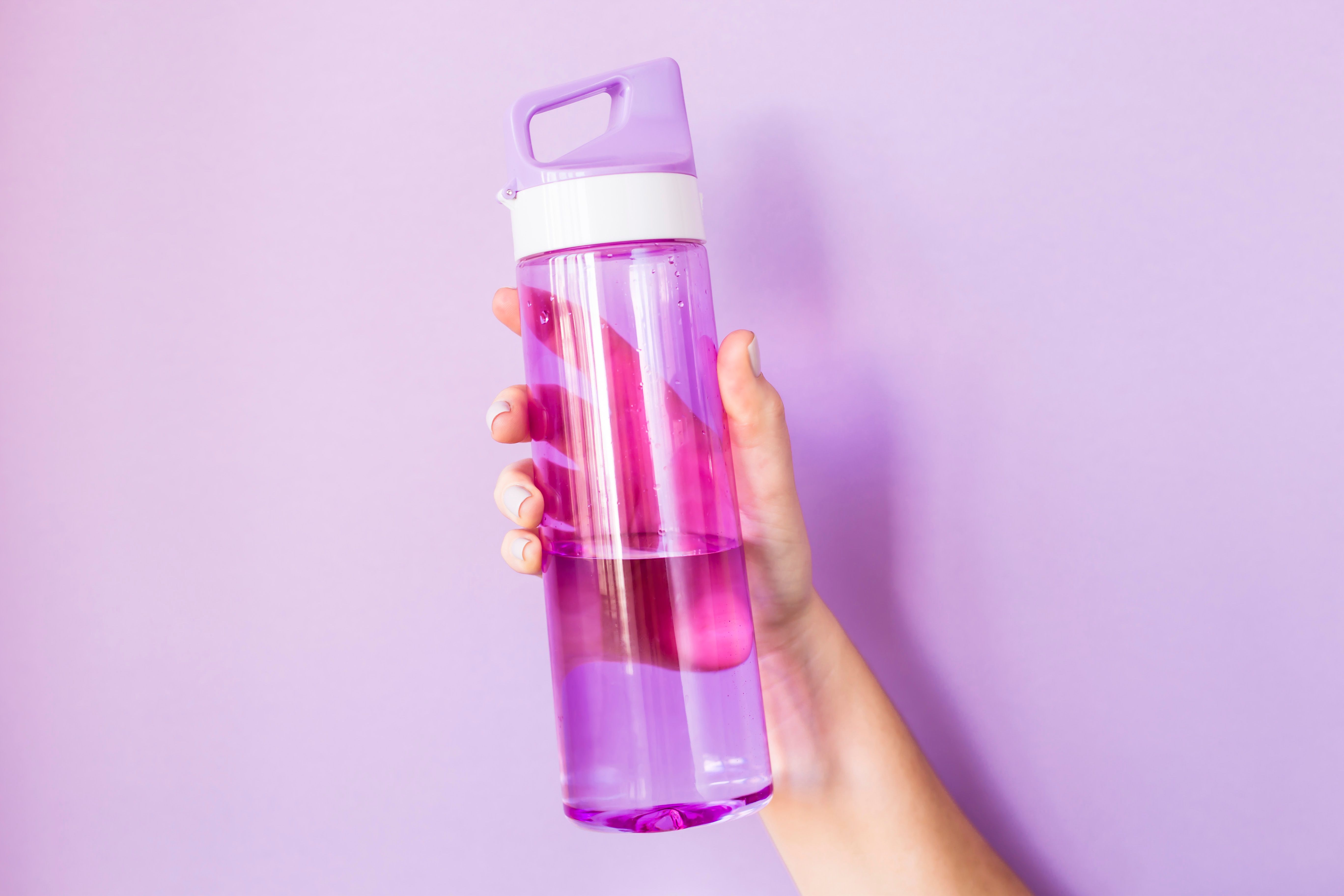 Keeping a reusable water bottle at your desk is a great way to stay hydrated throughout the day. Plus, it’s way better for the planet than the disposable ones made from flimsy plastic. If you’re just filling your bottle with water, you may not think you have to clean it more than once every now and again, because water, fresh from the tap or filter, is totally clean, right? Well, every time you reach for a swig, you’re sipping moisture-loving bacteria, too. The water itself isn’t to blame here, though—it’s your mouth.

One study from the University of Calgary sampled water from over 70 unwashed water bottles and found high levels of fecal bacteria and mold microorganisms. Those germs get introduced to the lid of your water bottle from your mouth, and once there, they continue to grow and fester. While not all bacteria is harmful, the study did find that more than 60% of the water bottle bacteria could cause illnesses like E. coli and strep.

Clean up: You probably won’t end up in the hospital due to a dirty water bottle, but it may prevent you from recovering from an illness (or get you sick again). Make sure you dump out leftover water instead of letting it sit, and wash your water bottle out every day with soap and hot water. 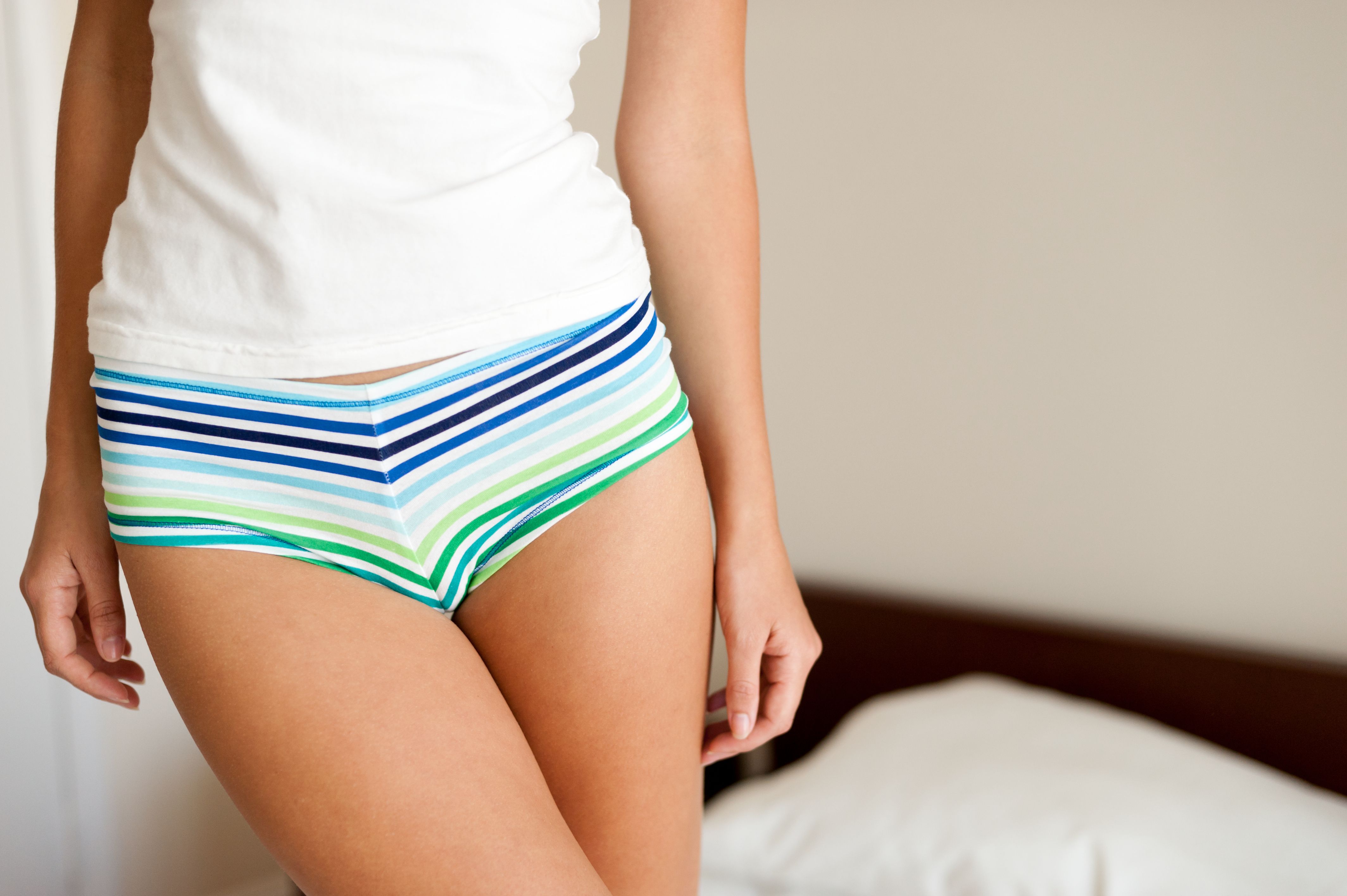 There are some people who religiously put on a clean pair of underwear every morning, and then there are some people who don’t. If you happen to fall in the second group, you may want to reevaluate your routine. “Underpants accumulate sweat, germs, and secretions, not to mention occasional fecal material,” says Bailey. “It’s not a pretty subject to discuss, but underpants as well as the skin require daily hygiene.”

If you’re wearing the same pair of undies for several days, things can get, well, itchy, and itchiness leads to scratching which leads to skin irritations or infections, such as a bacterial or yeast infection, or a UTI. “You can also end up with fungi that causes jock itch, whether you’re a man or woman,” Dr. Bailey says.

Clean up: Most experts suggest using hot water in your washing machine’s cycle to make sure any potentially harmful bacteria are killed. In one study, researchers tested cotton fabrics for bacteria before and after they were put through a washing machine, and found almost no difference in the amount. Heat is what kills the really nasty stuff, like staph aureus, so use hot water.

Additionally, when you wash your underwear, Dr. Bailey suggests using hypoallergenic, fragrance-free laundry soap to avoid potential allergic rashes. “If detergent residue, fragrance, or fabric softener is left in the underwear fabric, it can be transferred to the skin, which can then become irritated,” she says. 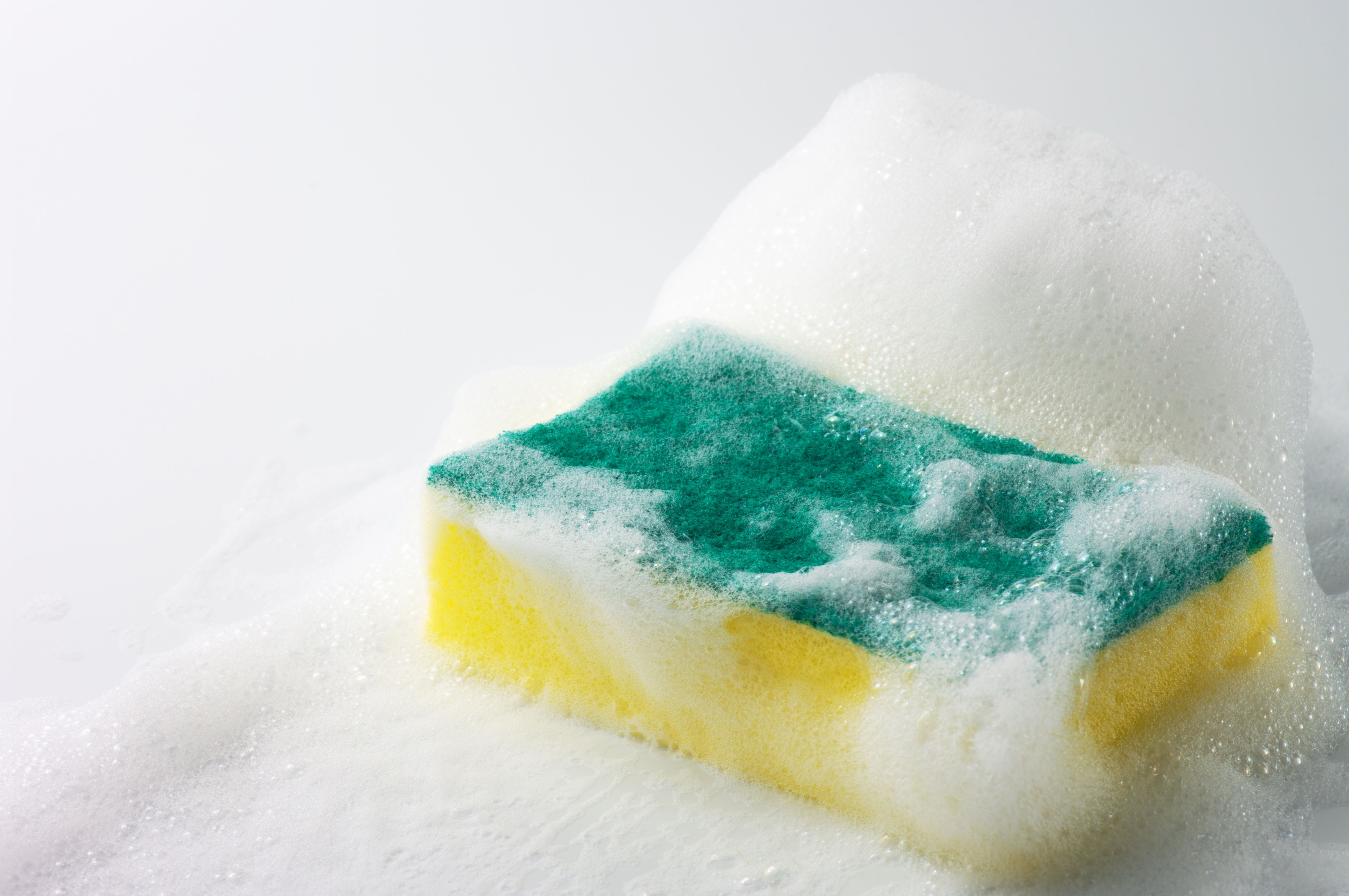 You’ve probably heard by now that the kitchen sponge sitting innocently next to your sink is harboring some of the biggest, baddest bacteria in your entire home. In fact, a 2017 study found 362 different species of bacteria living on a kitchen sponge, with a density of 45 billion per square centimetre.

Clean up: Although you may never look at your kitchen sponge the same way again, the majority of the truly dangerous bacteria that live on it can be killed with heat. Just using hot, soapy water won’t do the trick, though. (In fact, it will only encourage more bacteria to grow!) “Kitchen sponges really are the perfect breeding ground for bacteria,” Dr. Nader says.

Clean up: “The best practice is replacing your sponges regularly, as often as once a week,” Dr. Nader says. To make your sponges less germ-infested, throw yours in the dishwasher or microwave them for 1 minute. Do this every three to five days to bust bacteria, but know that you should still toss the sponge after a week. A more eco-friendly option: Use a microfibre cloth, which you can wash regularly to avoid bacteria buildup and save money in the long run. 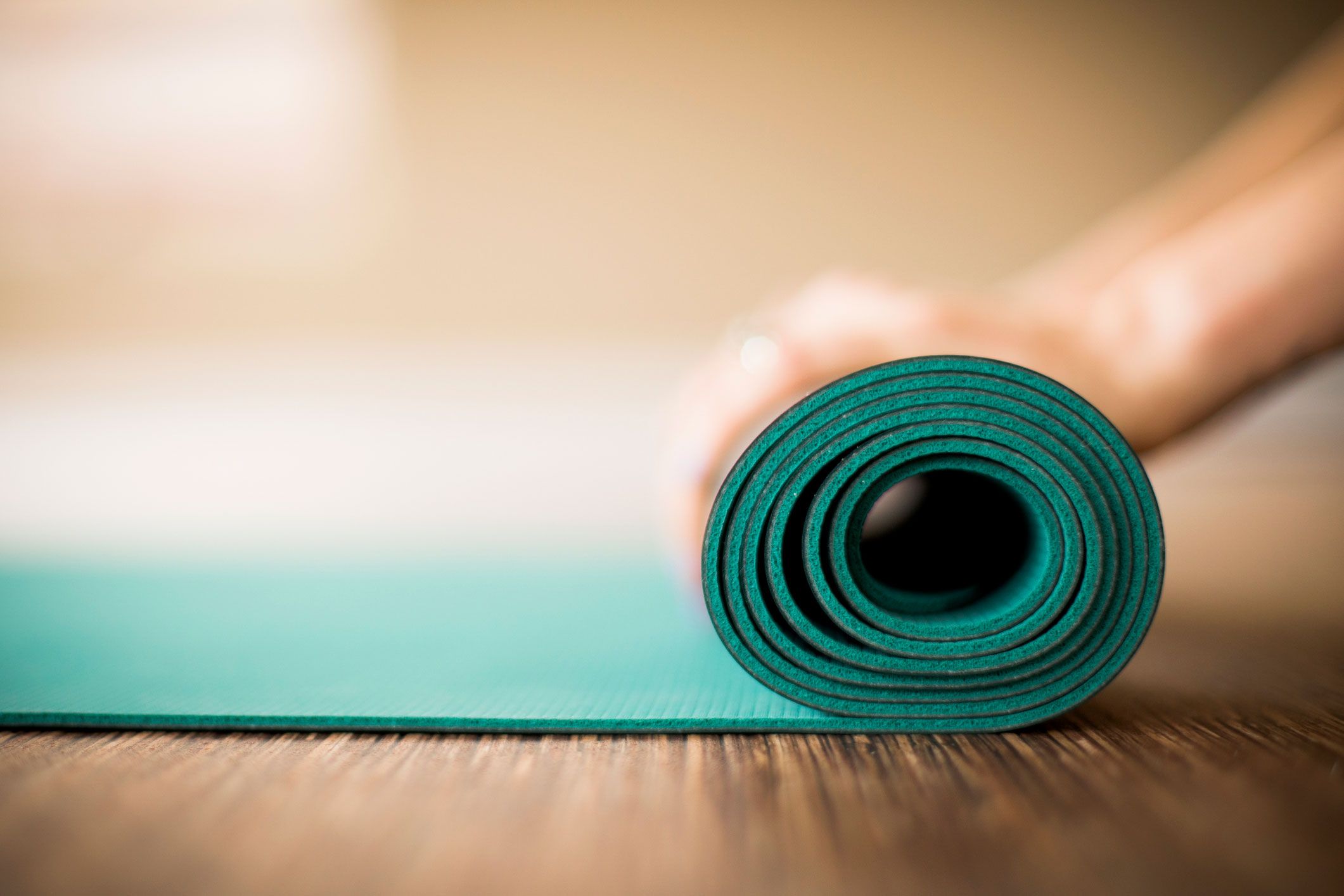 Even if you’re not sweating it out in weekly hot yoga classes, your yoga mat may still be collecting an impressive colony of germs thanks to a combination of porous material and your bare feet and hands. If you tend to rely on the community yoga mats at your local studio rather than bringing your own, you’re only increasing your risk of picking up something nasty. “The main pathogen on yoga mats you need to worry about are staph aureus, strep (which can cause skin infections), and the types of fungus that cause athlete’s foot and ring worm,” says Dr. Bailey.

Clean up: While the majority of what you could potentially pick up from a yoga mat isn’t life-threatening, it’s definitely best practice to always bring your own mat to the studio or gym, and make sure you wash it well between uses with an antibacterial spray. (Relying on soap and water alone probably won’t do the trick.) Moisture is a germ’s best friend, though, so make sure your mat gets a chance to completely dry after you’ve cleaned it. 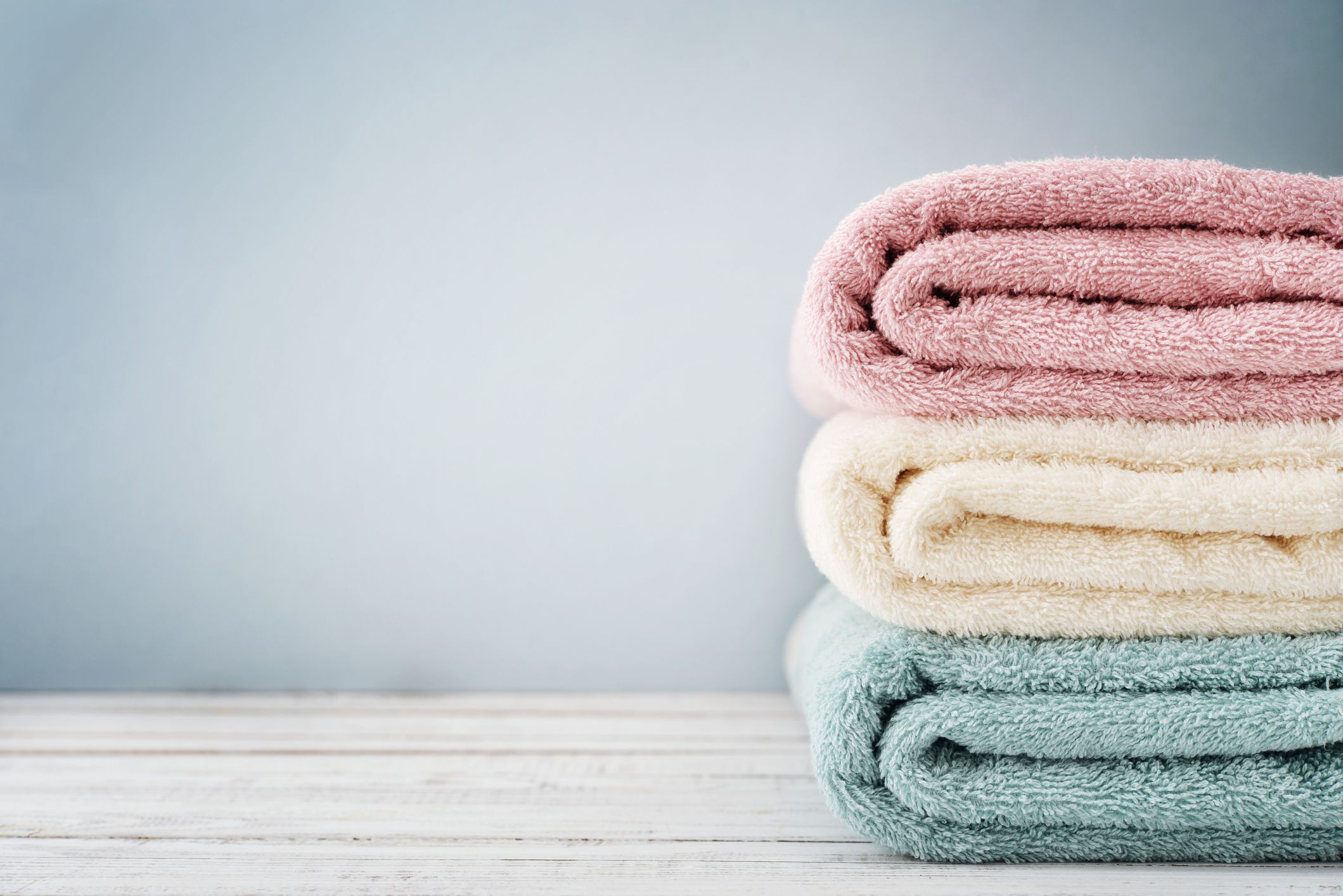 If you’re reusing the same bath towel over and over again to dry yourself off, you may as well not be showering at all. One of the main reasons that bacteria love bath towels is because of the moisture that tends to linger on them, thanks to the regular humidity of bathrooms. Without moisture, bacteria have difficulty growing and forming colonies. One 2013 study found traces of E. coli on approximately 25% of bathroom towels. And if you share your bath towel with another person, you’re introducing organisms to your body that it isn’t used to dealing with, which can lead to skin irritations.

Clean up: Although bath towels do harbour bacteria that can grow over time, you don’t necessarily need to wash your bath towel after every use, depending on what your day-to-day is like. “Bath towels can typically be used up to three or four times before they need to be washed,” Dr. Nader says.

Dr. Bailey suggests washing at least weekly, but “more if the towel is not allowed to dry between each use.” For instance, if you workout regularly and shower multiple times per day.

I have read and accept the privacy policy and terms and conditions and by submitting my email address I agree to receive the Prevention newsletter and special offers on behalf of Prevention, nextmedia and its valued partners. We will not share your details with third parties, and will only share delivery information in the event of you being a prize winner.
This article originally appeared on prevention.com
© prevention.com
First published: 14 Mar 2020
Tags:  habitshealthhealthyhomemistakesnutrition/wellness Health
Why skipping even one mammogram can be dangerous