The presenter has shared a photograph of herself in hospital after putting off the procedure for years. 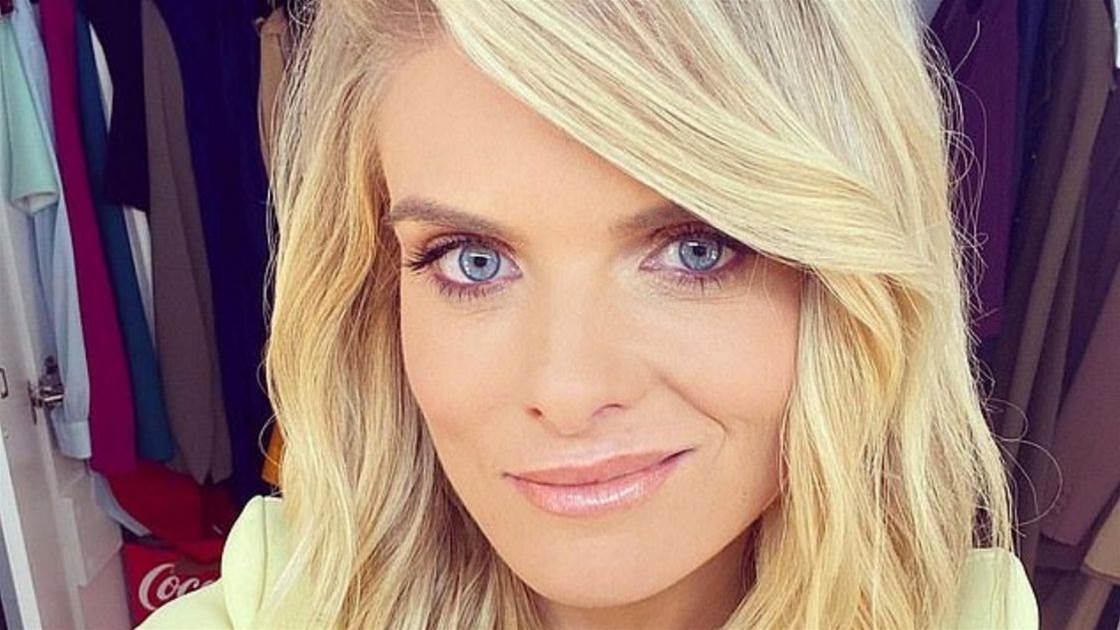 Radio and sports presenter Erin Molan has urged women to be as vigilant about bowel checks as they are about breast checks, following her first colonoscopy this week.

Molan, 38, admitted she had put off the procedure because she was scared, as her sister Sarah Sutton was diagnosed with stage four bowel cancer at the age of 27.

Molan became an ambassador for Bowel Cancer Australia following her sister’s diagnosis to raise awareness, but admits that while she had the genetic testing for bowel cancer, she never had a colonoscopy procedure. 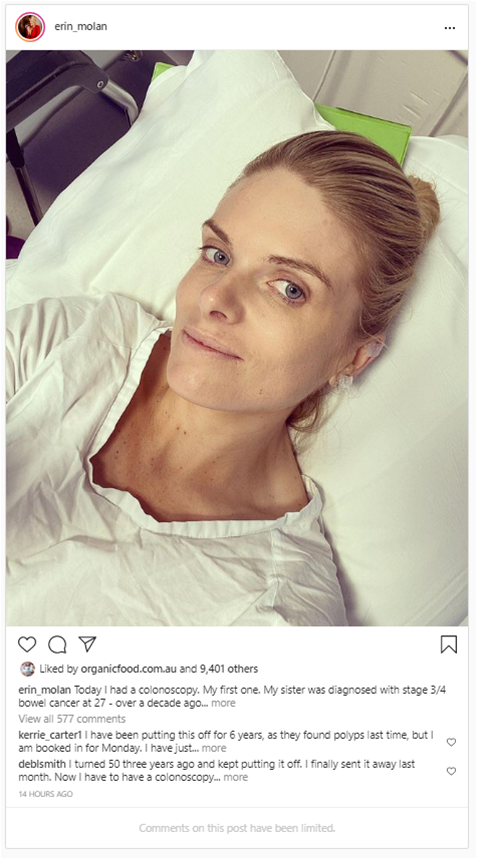 She noted on Instagram: “I’d honestly been scared. I kept coming up with excuses to put it off. My sister went in for this procedure and woke up to life changing news... I sat on the edge of her hospital bed as her doctor said the words that no person/family ever wants to hear - so the thought of something similar happening terrified me.

“I became an ambassador for Bowel Cancer Australia soon after Sarah’s diagnosis and have dedicated a large part of my life to raising awareness - as have my parents, Sarah and siblings and I am so proud of the work we and many others have done together over many years... yet I still PUT THIS OFF." 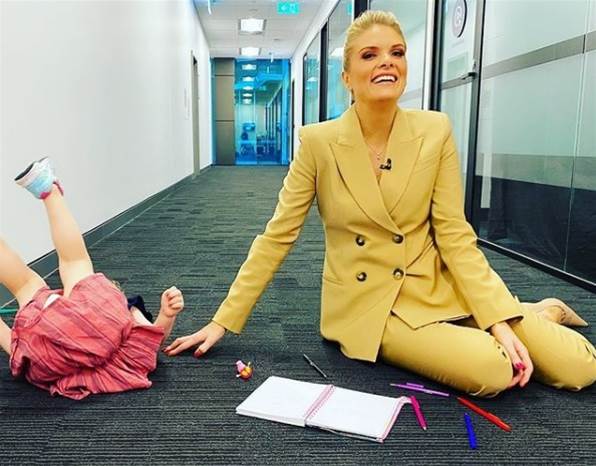 “Having my daughter changed everything. My health was no longer just my concern - but hers. No one will ever love and protect her like her father and I will - so she deserves parents who do everything in their power to stay healthy for as long as possible.

“COVID delayed this last year, but finally it’s done. I can’t stress enough how easy this was. The prep - a bit gross (but a great clean out!) – but seriously, it’s 24 hours and that’s it - I didn’t feel a thing once I went under.

“I teared up a bit as the anaesthetic started to go in - I was a bit emotional - but my next memory was waking up without any soreness at all to the most wonderful doctor and nurses! If something doesn’t feel right talk to your GP. If you notice changes talk to your GP.

“Bowel cancer is the second most common cancer in Australia but if you get it early enough 99% of cases are treatable! We get told growing up to slip slop slap - skin cancer, don’t smoke - lung cancer, check your breasts - breast cancer: but it’s only fairly recently that bowel cancer has started to enter mainstream media discussion - and about bloody time! Thanks to all who speak openly about something that isn’t particularly pretty or pleasant, but the lives of those we love may just depend on it! Have a conversation - be aware.”

Almost 150,000 fewer Australians than usual were tested for cancer generally during the height of the pandemic in 2020. Experts are worried that people are avoiding seeing their doctor due to the pandemic.

In Victoria alone it's estimated that 2530 cancer diagnoses were delayed or missing during the COVID-19-related restrictions.

Some of Australia's biggest cancer charities have teamed up for a campaign to change that - New Normal, Same Cancer - which urges anyone with any symptoms to stop putting off seeing their GP during these unexpected times.

I have read and accept the privacy policy and terms and conditions and by submitting my email address I agree to receive the Prevention newsletter and special offers on behalf of Prevention, nextmedia and its valued partners. We will not share your details with third parties, and will only share delivery information in the event of you being a prize winner.
© Prevention Australia
First published: 4 Mar 2021
Tags:  bowel cancercolonoscopyerin molan