Everything You Need to Know About Lewy Body Dementia, According to Experts

Robin Williams had it—and here’s what everyone should know about symptoms. 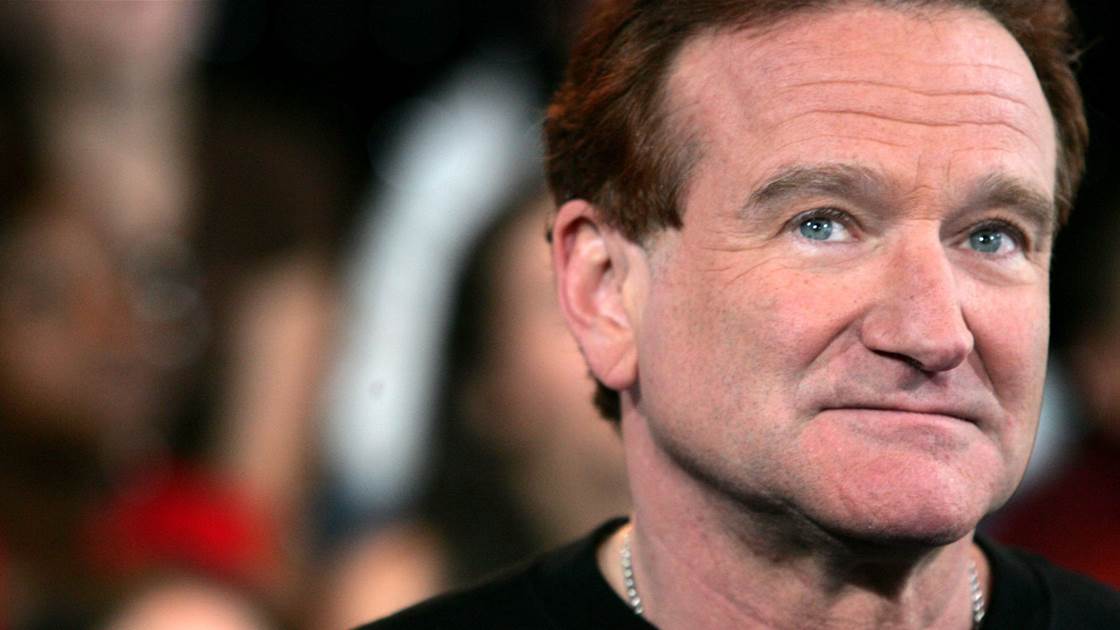 Let’s first clear up one common misconception about dementia: It is not one specific disease but a term that encompasses a wide variety of conditions that severely affect brain functions important for day-to-day life. Most people know about Alzheimer’s—the most common of these conditions—but the second most common is Lewy body dementia (LBD), which is particularly tricky to diagnose.

Lewy body disease affects approximately 100,000 people in Australia. Because symptoms of LBD often overlap with Alzheimer’s and certain psychiatric disorders, some sufferers miss out on early interventions or receive medical treatment that’s ineffective or even harmful. The most famous example is the late comedian Robin Williams, who suffered from undiagnosed LBD before he passed away in 2014.

“Most patients with Lewy body dementia are between the ages of 60 and 80 when diagnosed, with men more commonly affected than women,” says neurologist Dr Hitesh Patel.

Here’s what else experts say you need to know about Lewy body dementia, its symptoms, and how it’s currently treated.

What is Lewy body dementia?

Lewy body disease causes dementia because of abnormal clumps of a certain protein in the brain, explains neuropsychologist Elise Caccappolo PhD. These are called Lewy bodies, named for the neurologist who discovered them in the early 1900s, Dr Frederich Lewy. The protein, alpha-synuclein, accumulates in nerve cells in the areas of the brain that regulate memory, motor control, and thinking.

This type of dementia is progressive (meaning it tends to gradually get worse as the Lewy bodies spread). It’s similar to Alzheimer’s in the sense that it can cause memory decline and visual-spatial awareness issues, says Caccappolo, but it can also cause symptoms related to Parkinson’s disease when the protein clumps can interfere with the neurotransmitter dopamine, which helps transmit signals that cause muscle movement.

What are the signs and symptoms of Lewy body dementia?

LBD can express itself in many different ways. According to Dr Caccappolo, the most common symptoms are:

In some cases, a person may also experience:

“Due to the wide spectrum of physical [and cognitive] symptoms and the levels at which they can occur, LBD is often misdiagnosed initially,” says internist Dr Dung Trinh.

For instance, about 80% of people diagnosed with LBD experience recurrent visual hallucinations. “These hallucinations are often recurrent and very detailed, and typically appear as adults, children or animals,” says Lisa Skinner, a behavioural specialist and family counsellor in the field of Alzheimer’s and related dementias. But because psychiatric symptoms are experienced early in the disease process, “many patients are often misdiagnosed with a psychiatric disorder," adds Dr Patel.

LBD often gets confused with Alzheimer’s, too, but with LBD, changes in attention span and alertness are usually the first noticeable signs, whereas people with Alzheimer’s typically first experience their memory decline, according to Dr Patel.

How is Lewy body dementia diagnosed?

Part of the reason why LBD is so difficult to diagnose is because “there is no definitive test for LBD,” says Dr Caccappolo. Instead doctors often have to go about ruling out other illnesses as they assess clinical symptoms, lab findings, brain imaging, and neuropsychological tests, she adds. Oftentimes, this requires the expertise of a geriatric psychiatrist, neurologist, or a neuropsychologist.

Based on the findings, the physician may give an LBD diagnosis, but like Alzheimer’s, there’s currently no way to 100% confirm it without a brain autopsy. That’s a problem, because some medications used to treat Alzheimer’s and Parkinson’s can make symptoms worse, says Dr Trinh. For example carbidopa-levodopa, which is typically used to treat Parkinson symptoms like muscle stiffness and slow movement, can increase confusion and hallucinations in LBD patients.

The good news is that doctors are increasingly getting more accurate at diagnosing LBD and identifying symptoms much earlier so that their patients get the right care.

How is Lewy body dementia treated?

While there is no “cure” for LBD, “there are medications [and therapies] that can be very helpful for managing symptoms, '' says Caccappolo. For example, she finds that treatments like:

Physical and/or occupational therapy can also assist in preventing falls and helping people maintain physical autonomy in their day-to-day tasks for as long as possible, according to Skinner. While general counselling, can help a person come to terms with their diagnosis, discuss their feelings, or navigate depression or anxiety.

With her clients, Skinner also recommends that they “stay as active as they can, physically, mentally, and socially,” whether that’s following a safe, doctor-approved exercise routine, keeping in touch with family, or joining a local club. “Engaging in meaningful activities can be enjoyable and increase self-esteem and confidence.”

Researchers are still trying to figure out why Lewy bodies develop in the brain. Even though the brain naturally has alpha-synuclein protein throughout its structure, its normal function is not well understood, nor can scientists explain what causes them to clump together and cause problems.

Unlike with Alzheimer’s, experts say that LBD is not usually hereditary.

“An individual’s risk is increased if [they have] a family member with LBD or Parkinson’s disease,” says Caccappolo. But “there is a very small genetic component to LBD.”

So, while it’s important to be aware of, say, the fact that your grandpa or grandma suffered from LBD, it’s not a strong predictor of whether or not you’ll have it, too.

Is there any way to prevent Lewy body dementia?

There’s no proven way to prevent the onset of LBD or any form of dementia, but there are certain lifestyle habits you can adopt to boost your brain health for as long as possible, according to Dr Caccappolo.

“These include decreasing/managing stress as much as possible, following a regular sleep routine, maintaining a healthy diet, exercising when possible, staying socially and intellectually active, and managing overall health,” she says.

What should I do if I notice myself or someone I love is showing signs of cognitive decline?

Early detection and a proper diagnosis can help you find the best treatments to manage troubling symptoms ASAP. “If an individual has experienced changes in cognition or motor functioning for a few months or longer, I'd recommend making an appointment with your GP and requesting a referral to see a neurologist,” says Caccappolo.

Getting the proper diagnosis can also give the patient and their caregivers the opportunity to learn about the symptoms of LBD, “so they can better accept aspects of the disease, especially those that are beyond the patient’s control,” adds Caccappolo.

For many, there’s some relief in knowing why troubling symptoms or behaviours are showing up. From there, the appropriate healthcare decisions and lifestyle arrangements can be made to maximize the quality of life for the person living with LBD and those taking care of them.

Overall, this process can be tough to navigate, and that’s why organisations like Dementia Australia that have resources and help lines to assist along the way. LBD might still be shrouded in mystery, but there are whole communities and researchers working together to make sure that no one is left in the dark.

I have read and accept the privacy policy and terms and conditions and by submitting my email address I agree to receive the Prevention newsletter and special offers on behalf of Prevention, nextmedia and its valued partners. We will not share your details with third parties, and will only share delivery information in the event of you being a prize winner.
This article originally appeared on prevention.com
© prevention.com
First published: 23 Nov 2021
Tags:  conditionshealthnutrition/wellness