Exactly What Happens to Your Body When You Go Gluten-Free

No, you're not going to lose weight this way. 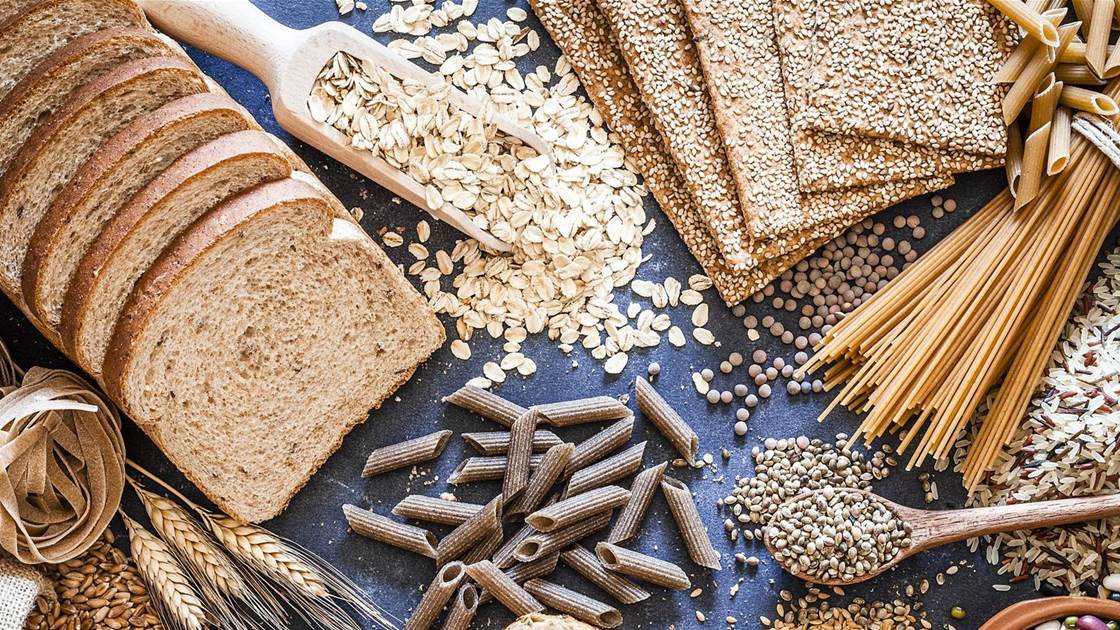 As more and more Australians are diagnosed with coeliac disease - a genetic autoimmune illness that causes damage to the small intestine with the ingestion of gluten - going gluten-free has become a big diet trend over the past few years. According to the Coeliac Australia, coeliac disease affects one in 70 Australians. But what exactly is gluten, and what happens to your body when you give it up? Here's everything you need to know about coeliac disease and how following a gluten-free diet can affect your body.

What is coeliac disease?

People with coeliac disease aren't able to properly digest gluten - the protein found in wheat, barley, and rye, or any foods that have a combination of those grains. So when someone with coeliac disease consumes gluten, their bodies produce an immune response to attack the small intestine, causing damage to the villi - the fingerlike projections that line the small intestine and promote nutrient absorption. While there isn't a cure for coeliac disease, you can manage it by simply following a gluten-free diet. Completely eliminating gluten from your diet can help relieve symptoms, which brings us to our next point.

What are the symptoms of coeliac disease?

The symptoms of coeliac disease vary so much between people, which makes it extra difficult to diagnose it. To complicate things, many other autoimmune diseases share the same symptoms as coeliac disease. Some people don't experience any symptoms at all, but if you suspect you have coeliac disease, these are some of the most common signs:

What does it mean to have coeliac disease versus a gluten sensitivity?

While many people confuse having coeliac disease with a gluten sensitivity, there is a significant difference between the two. "A gluten sensitivity means that consuming gluten can cause negative side effects, like gas or bloat. However, there isn't an immune response to it. A food allergy, like coeliac disease, triggers an immune response when the allergen is ingested. Many times people with a sensitivity can tolerate a certain level of gluten, but large amounts can cause symptoms," explains dietitian Erin Palinski-Wade.

If you do have a gluten intolerance but not an allergy, Palinski-Wade recommends limiting your intake of gluten to levels where you feel asymptomatic. "For instance, eating a food that's been cross contaminated with low amounts of gluten may have no impact on you with a food sensitivity, but eating a large plate of gluten-containing pasta may," she explains. "It's best to keep a food record and journal your symptoms to determine a safe level for you to consume," Palinski-Wade says.

Is following a gluten-free diet healthy?

If you're not sensitive to gluten or have coeliac disease, there isn't a reason to cut gluten from your diet. "Gluten is just a protein and if your body digests it normally, cutting it from your diet doesn't have value," Palinski-Wade says. "Since gluten is found in many fibrous whole grains, some people have found that cutting gluten from their diets and replacing it with gluten-free products has actually led to weight gain because dietary fibre is reduced."

Gastroenterologist Dr Alessio Fasano agrees that you shouldn't think of a gluten-free diet as being healthy.

"Most people embrace the consumption of gluten-free products such as pizza, pasta, beer, and cookies, and therefore going gluten-free isn't better for you and in many ways can be worse," Dr Fasano says. Of course, there are claims that ditching gluten also helps everything from your complexion to your digestive health. So here's exactly what can you expect to happen if you give up gluten:

Gluten-free doesn't equal kJ-free. In fact, many gluten-free versions of foods contain more kilojoules, fat, sugar, and sodium than their gluten-rich counterparts to make up for the change in taste and texture, Dr Fasano says. Also, believing a gluten-free food is good for you may influence you to eat more of it. If you're giving up gluten, focus on adding more fruits, vegetables, lean meats, and gluten-free whole grains to your diet instead of gluten-free versions of processed food products.

2. Your grocery bill may go up.

Your wallet might be the first place you feel the effects of a gluten-free diet. Gluten-free products, such as pretzels, pasta, cookies, and crackers cost 139 percent more, on average, than their wheat-based counterpart of the same product, according to a 2019 study in the journal Nutrients. "Gluten-free foods are more expensive to make because they use special grains, and manufacturers have to follow specific procedures to avoid cross-contamination," Dr Fasano explains.

The average Australian is falling short of meeting the recommended daily amount when it comes to fibre (25 grams for women and 30 grams for men). Grain-based foods account for large portion of your daily fibre intake, and choosing only gluten-free foods can limit your choices and substantially slash the amount of fiber you're consuming.

"Fibre feeds our microbiome," Dr Fasano says. Intestinal bacteria feast on fibre and produce a short-chain fatty acid called butyrate. "Butyrate keeps the intestines healthy and functional, so when there's not enough of it, you're more susceptible to developing inflammation in the gut, irritable bowel syndrome, stomach cramping, and more," Dr. Fasano says. So if you're going gluten-free, be sure to load up on beans, legumes, vegetables, brown rice, and quinoa, which are all good gluten-free fibre sources.

When you eliminate wheat, barley, and rye from your meals, you're not just getting rid of gluten, you're lowering your intake of a wide range of other nutrients that tend to come in those foods, including iron, fibre, folic acid, zinc, vitamin D, and more.

"When we have to put someone on a gluten-free diet because of coeliac disease, we only do it with the supervision of a dietitian to make sure they make up the nutrients they're missing," Dr Fasano says. "There's no question that if you do it on your own without paying careful attention to filling in those gaps, you can develop a nutrient deficiency," he says. Signs of a deficiency include fatigue, weakness, hair loss, mood changes, constipation, and missed periods.

When manufacturers remove gluten-containing ingredients like wheat, they often replace them with a gluten-free grain like rice. The problem is that rice is a major source of inorganic arsenic, a mineral found in soil, fertiliser, and water that can raise the risk for diabetes, high blood pressure, and some types of cancer, it is reported. Spanish researchers found that following a gluten-free diet significantly increases the amount of arsenic that people consume. So, it's best to mix up your diet and eat a variety of gluten-free whole grains.

One reason many people are going gluten-free: They're following the Paleo diet or another low-carb diet, which advocates going grain-free (and therefore gluten-free). This caveman style of eating also encourages eating more meat. Research shows that following a low-carb diet and increasing your protein intake can put you at risk for heart disease, diabetes, and other diseases. Moreover, a 2018 study from Circulation showed that higher intake of animal protein has been associated with increased cardiovascular risk. But by balancing your diet with more plant-based protein, gluten-free whole grains, and plenty of veggies and fruits, you can reduce your risk for disease.

I have read and accept the privacy policy and terms and conditions and by submitting my email address I agree to receive the Prevention newsletter and special offers on behalf of Prevention, nextmedia and its valued partners. We will not share your details with third parties, and will only share delivery information in the event of you being a prize winner.
This article originally appeared on prevention.com
© prevention.com
First published: 26 Oct 2020
Tags:  cancerfoodhealthnutritionnutrition/wellness