The decision has created an uproar among farmers and a mixed reaction from health professionals. Here's what you need to know. 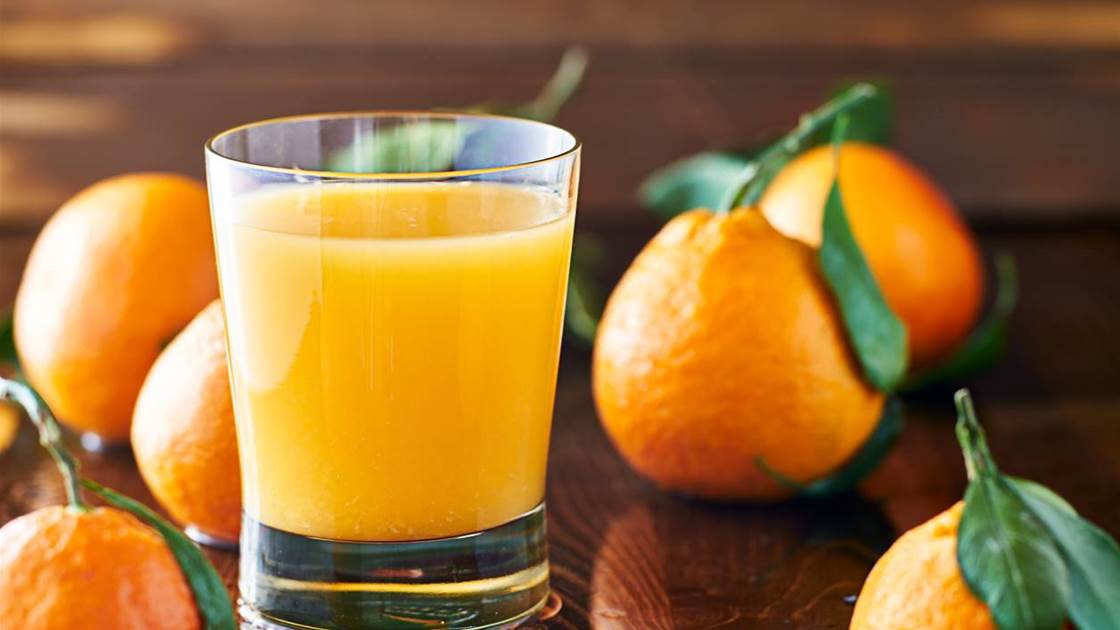 An overhaul of Australia's Health Star Rating system to put more emphasis on sugar content has resulted in fruit juice being given a lower ranking than diet cola.

The labelling system rates the overall nutritional profile of packaged food and drinks and assigns them a rating from ½ a star to 5 stars. Under the new guidelines, fresh 100% Australian apple juice will be labelled with 2 stars and 100% Australian orange juice will receive 2 ½ stars, while diet cola will be given 3 ½ stars.

The Australian and New Zealand Ministerial Forum on Food Regulation - made up of state and territory ministers – made the decision today, provoking anger among farmers and mixed reactions from health professionals.

National Farmers Federation CEO Tony Mahar said: “It simply doesn’t pass the common-sense test that freshly squeezed orange juice, with no added sugars or preservatives, is facing a downgraded Health Star Rating of 2.5 stars, less than that given to Diet Coke, at 3.5 stars.”

Leanne Elliston, a dietician with Nutrition Australia, told ABC News that it was a complex issue.

"In whole fruit, the sugars are intact within the structure of the fruit and how nature intends us to consume sugars — that's what's going to get us a five-star rating," she said.

"Fruit juice, where it is quite concentrated in those sugars, it does not make sense, it should not have the same health star rating as whole fruit."

But she did not agreed that fruit juice should receive a lower health star rating than soft drink.

Matthew Hopcraft, CEO of the Australian Dental Association’s Victoria branch, told the Sydney Morning Herald that juice was partly responsible for a third of children aged 2-5 having tooth decay in their baby teeth, and three in five children aged 12-14 having decay in their adult teeth.

“We know that young children, on the whole, aren’t drinking soft drinks and energy drinks and sports drinks, so for young children juice would be a component of their diet more so than other sugary beverages,” he said.

Associate Professor Hopcraft said a glass of juice contains up to four teaspoons of sugar – with only slightly less sugar in juice when the pulp is included.

However, Citrus Australia CEO Nathan Hancock said the new rating will have a devastating impact on the industry.

“Australian juice processors have stated that the changes to the Health Star Rating for fresh juice will have an immediate and detrimental effect on sales,” it said.

“We fear any decline in sales under this false premise would also hasten the demise of the Australian orange juice industry, which has already seen a 30% decrease in the production base over the last 18 years.

Citrus Australia said towns like Bundaberg, Mundubbera and Gayndah in Queensland, Waikerie, Renmark and Loxton in South Australia, Moora and Harvey in Western Australia, Mildura in Victoria and Griffith and Leeton in NSW, and the businesses that support our farms within them, would all suffer.

“Reduced sales will also lead to significant job losses right across the supply chain, including juice factories and transport, and less Australian brands.

“It’s a high price to pay for a flawed concept focussed solely on sugar at the expense of nutritious elements like Vitamin C, Folate and Thiamin.”

Federal Agriculture Minister David Littleproud has also been outspoken about the decision. He told ABC News that giving 100-per-cent-pure fruit and vegetable juice a HSR as low as two stars was "madness".

"States and territories who supported this, including Queensland, the Northern Territory, the ACT and Victoria, have let down our farmers," he said.

"How can anyone believe that the health star rating for drinks with no nutritional value should be higher than 100% fruit and vegetable juices?"

I have read and accept the privacy policy and terms and conditions and by submitting my email address I agree to receive the Prevention newsletter and special offers on behalf of Prevention, nextmedia and its valued partners. We will not share your details with third parties, and will only share delivery information in the event of you being a prize winner.
© Prevention Australia
First published: 12 Feb 2021
Tags:  fruit juicehealth star ratinghealth starsnutrition