Lisa Fisco says she was a regular "overweight mum" when life as she knew it started crumbling. Thanks to O-lifting, she's now physically and mentally stronger than ever. 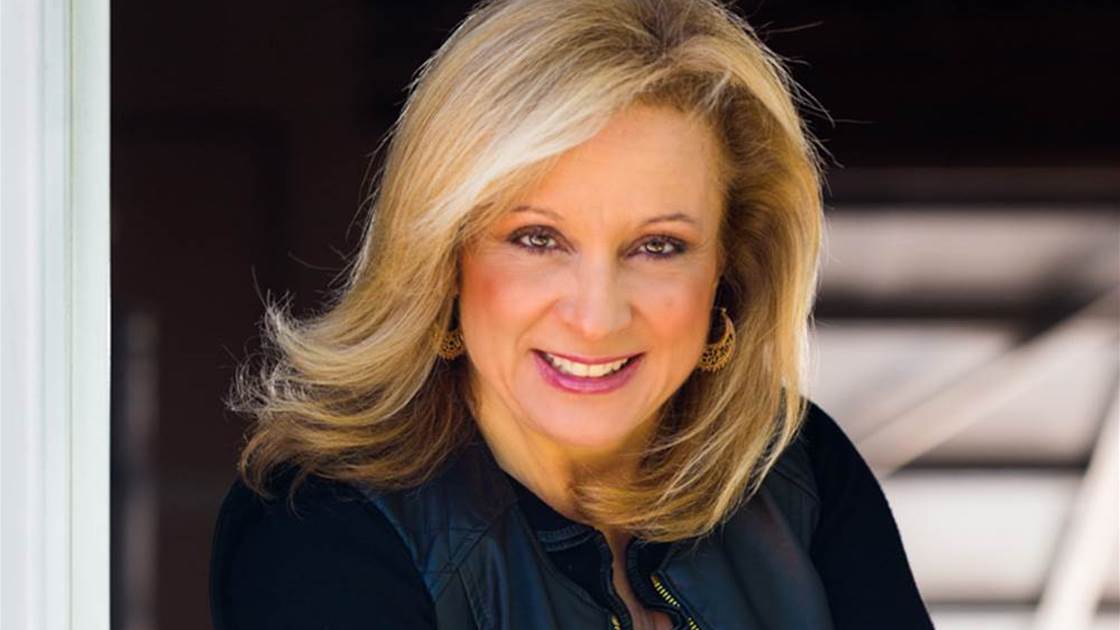 For many years I had what was truly an enviable life: I was married to a successful dentist and had a large, hilltop home, where we lived with our three beautiful sons who were—and are—the lights of my life. And then, 10 years ago, when I was 47, everything changed.

My relationship with my husband began to deteriorate, and I discovered he had a girlfriend. We filed for divorce, and I ended up losing my marriage and our home. It was the darkest time of my life. Every day, I went through the motions: I went to work as an executive, made dinner, and went to bed. But I felt like an empty shell of a person.

This went on for a while, until I woke up one day, tired of who I was. I looked in the mirror and saw someone who was overweight and frumpy. I didn't even recognise myself. It was at that moment that I realised I had to make a change.

Eager for a fresh start, I decided to enroll in an entrepreneurship class. I had always liked the idea of becoming my own boss and creating a personal brand that would empower women, but I wasn't sure what that meant or how to make it happen. I thought this course might help.

The professor turned out to be the best teacher I’d ever had. During one of our first classes, he encouraged the group to think about what we loved most as children and try to find a way to tie that to our lives as adults. I immediately thought about how happy I was when I lifted weights with my dad. It was just simple weights in our basement, but it made me feel strong and like I could do anything. Back then, I had even dreamed of going to the Olympics and winning a gold medal for weight-lifting, but my life took a different path.

Decades had passed since I'd even set foot in a gym. And I was the heaviest I'd ever been—more than 45kgs overweight. But I realised that maybe it wasn't too late for me to get into Olympic lifting, aka O-lifting. I decided to abandon my plans to open a business and started figuring out how to reach all of the Olympic coaches in the state.

O-lifting, by definition, doesn't necessarily involve going to the Olympics, although some people do compete at that level and I hoped that one day I would be one of them. Unlike power lifting, which focuses on weight alone (the heavier, the better), O-lifting entails only two moves: the "snatch," which involves squatting over the barbell, grabbing it and with one smooth motion, bringing it above your head with arms fully extended as you move to a straight, standing position, and the “clean and jerk,” which involves leaning over the barbell to grab it and swing it to the shoulders with your arms bent, then bringing it up over your head with your arms straight. The goal is to be able to make those moves safely, but with precision and speed.

When I connected with Coach Mike Burgener, who trained the US Olympic team but was  several hours away, I was ecstatic. I emailed him and was very honest: I told him I was a 40-something, overweight mum, but that I loved athletics and that I wanted to train in Olympic lifting. He wrote back within 5 minutes saying he loved my letter and my motivation and asked when I wanted to get started.

That very weekend, I schlepped my three kids all the way to see him. I was worried that Coach Burgener would change his mind when he saw me, but his word was good. I said, “Here I am, coach,” and he replied, “Well, let’s get on with it!”

Coach Burgener agreed to train me in the sport and help me compete, starting at the local level. If I qualified, I'd advance to the national and then world level. And if I managed to qualify at the world level, I might then have a shot of competing for a spot on the Olympic team.

Training was extremely intense, but I fully committed. Three or four times a week, I'd leave my day job in Van Nuys and drive about three hours to Long Beach, where I'd train for 3-4 hours before driving another three hours to my home in Camarillo. I was absolutely exhausted, yet I felt better than ever: Very quickly I lost the 45 kgs of fat that I'd been carrying around, and my stress and crippling depression melted away. For the first time since my marriage started crumbling, I felt like I had something to look forward to.

I got stronger and stronger, and my technique improved. By 2010, three years into training, I had qualified at the local and national level, and my dream of reaching the Olympics seemed to be within grasp. I began training with Olympic team members and also spent some time at an Olympic training facility in Colorado. And then, one day while I was running, I felt something pop in my knee.

The knee injury was serious, and I was devastated. I needed surgery and began a long and painful recovery. I thought that my O-lifting career was over, along with any hopes of ever competing in the Olympics. I was crushed.

I tried to distract myself with work, but over the next few years life only became more stressful: My custody arrangement with my ex-husband shifted, and a judge ordered me to start paying child support. In order to pay it—along with the rest of my bills—I rented out a few rooms in my home. I deliberately chose female tenants, thinking that I'd be more comfortable with other women in the house, but they turned out to be terrible housemates.

I was miserable, and I needed a release. I decided to go back to the gym, and I instantly felt better than ever, emotionally, mentally, and physically. By 2016 I had gotten strong enough to start O-lifting again, and it's made all the difference.

Although I still can't train as intensely as I had before my injury, I feel like my dreams are once again within grasp. My big goal now is to get to the world stage, go to the world championship, and win a world title. Some people might be skeptical, since most O-lifters get into the sport in their teens or 20s, and I'm 57. But I don't see any reason to give up, especially since I can go into a gym and blow away men half my age with what I can lift. I'm determined to take this as far as my body will let me.

I have read and accept the privacy policy and terms and conditions and by submitting my email address I agree to receive the Prevention newsletter and special offers on behalf of Prevention, nextmedia and its valued partners. We will not share your details with third parties, and will only share delivery information in the event of you being a prize winner.
This article originally appeared on prevention.com
© prevention.com
First published: 1 Dec 2017
Tags:  arm exerciseshealthy habitsweight bearing exercisesworkout tips