The secret to surviving your "menopocalyse"

Amanda Thebe is on a mission to share her knowledge about the powerful sway that roller-coastering hormones can have on our mental health during midlife. 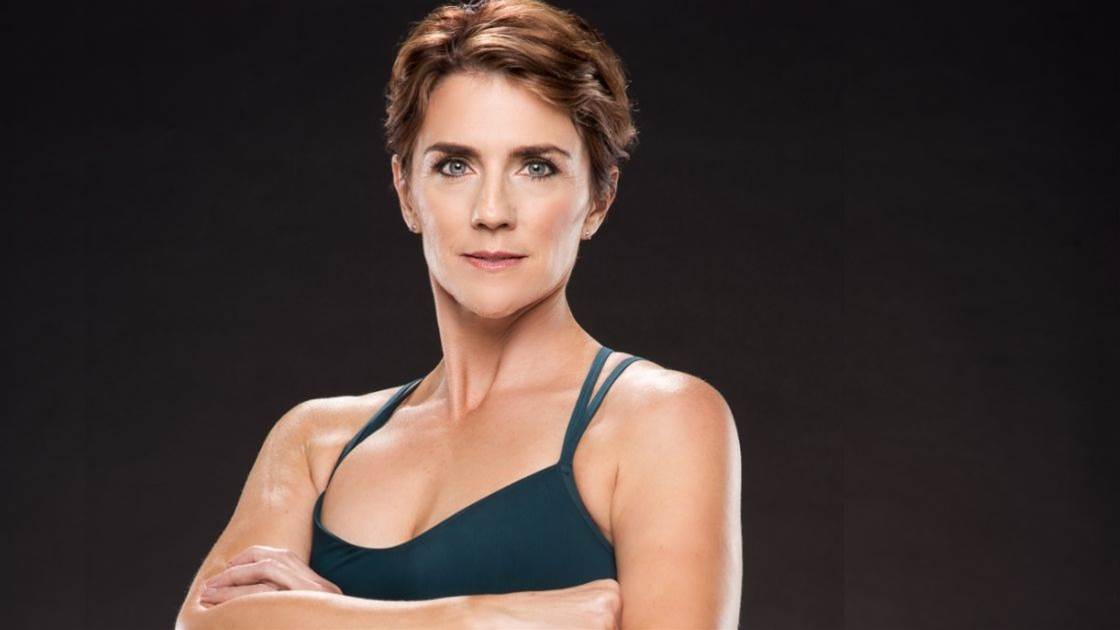 Amanda Thebe is a self-described force of nature. By 18, she had earned a black belt in karate. By 30, she had climbed three of the highest mountains in the UK. She married in 2002, had two babies in the next five years and settled into a thriving career as a personal trainer and exercise coach.

“Life was good,” Amanda says. But in 2013, after a fitness boxing class, Amanda, then 43, felt extremely nauseated and dizzy. She recovered in a few days, but the sensation returned periodically over the next several months. One day, Amanda was so dizzy she couldn’t walk. Her sister-in-law rushed her to hospital, where blood tests and a brain scan didn’t find anything wrong. Two years after her symptoms first hit, Amanda began to experience debilitating depression. She had never struggled with mental health before, but she felt so listless that she’d often sit on the couch or lie in bed for hours. She abandoned entertaining and travel and stopped working out.

“I couldn’t see the point of even getting up in the morning,” she recalls. After years of struggle with few answers, she saw her gynaecologist. After the exam, the doctor paused and asked if she was okay. That was all it took – Amanda burst out crying.

“I told him I was miserable,” she says. The gynaecologist suggested a culprit that not one of Amanda’s other doctors had mentioned: her hormones. Amanda was sceptical – she thought she was too young to be in menopause and she wasn’t experiencing any of the telltale symptoms, such as hot ﬂushes and night sweats. Still, she was desperate for the dark cloud to lift.

What her doctor said next surprised her: Amanda had likely entered perimenopause, the ﬁve to 10 years leading up to menopause when hormones start to go haywire, spiking and dipping seemingly at random. During this time, women may experience physical changes such as missed periods, sleep problems and, yes, hot flushes. But some doctors don’t realise any more than their patients do that ﬂuctuating oestrogen puts women at risk for mental health issues, such as anxiety, depression and even, according to some experts, schizophrenia.

Schizophrenia strikes women most often in their 20s, but the disease can also occur around perimenopause, when hormones become erratic, and in those who have an underlying predisposition for the mental illness, says Professor Deanna Kelly, a psychiatric pharmacist and schizophrenia researcher. Other mental health issues during perimenopause can strike any woman, but those most at risk have had episodes earlier in their lives, especially when hormones were in ﬂux, such as during menstrual cycles or after giving birth.

“I had no idea that the symptoms I was having, especially depression, could be due to loss of oestrogen,” Amanda says.

Even today, the unique health experiences of older women, particularly those related to mental health, are often given short shrift by the medical community.

“Doctors aren’t adequately taught about menopause or the years leading up to it, and more research needs to be done,” says obstetrician gynaecologist Dr JoAnn Pinkerton. Luckily, thanks to the dedicated eff orts of a few scientists (many of them women), experts have begun to make a clearer connection between erratic midlife hormones and serious psychological woes. Noting that the highest age-speciﬁc suicide rates for Australian women are in the perimenopausal age group (45–52 years), a 2018 report in Australian Prescriber pointed out that biological changes relating to menopause should be considered a major contributing factor. It also ﬂagged that symptoms, such as paranoia and irritability, are more pronounced in perimenopausal depression compared with other major depressive disorders.

Although some women do need medication, such as antidepressants or antipsychotics, others get better by taking oestrogen (or, if they haven’t had a hysterectomy, a combo of oestrogen and progesterone to protect against uterine cancer). Oestrogen can be taken by mouth, but Professor Susan Girdler, a psychiatrist and leading researcher in the field, prefers skin patches so the doses are more consistent and the risk of blood clots is lower.

Leigh,* a retired textile designer, is an example of how hormone therapy can make a big difference in mental health. She’d had several bouts of depression earlier in her life and was still on a low-dose antidepressant as she closed in on menopause at 57. Suddenly, she was hit with crippling despair.

“I felt like my life was over, that everything interesting and good was now in the past,” Leigh recalls. She spent nearly a year under a dark cloud, accomplishing little, a period she calls her “lost year”. She felt isolated and alone, as if she were the only one struggling with this condition, until she joined a sympathetic online community. After she was put on hormone therapy by her gynaecologist, she felt her mental health improve.

Then there’s Sara*, who, in the throes of perimenopause at age 54, walked through her front door one day after work and felt almost certain that some of her colleagues were standing in her kitchen. Sara knew they weren’t actually there, but the sensation remained through the evening and recurred from time to time after that. Every few weeks, she would be inundated with delusional thoughts that people were in her home or that someone was following her. “It was scary,” Sara says. “I knew the thoughts were wrong, but I couldn’t get rid of them.” At one point, she was so sure she was being stalked that she called the police.

Eventually, a doctor put her on hormone therapy and later also psychiatric medication, and the psychotic symptoms disappeared. After Amanda’s frustrating and drawn-out experience with perimenopause, she started the Facebook group Menopausing So Hard as a virtual support group for women. It has now amassed more than 10,000 members and more join every day. Amanda’s still on hormones and has returned to her old unstoppable ways. Now living in the US, she’s even eagerly planning her first post-COVID adventure – a trip to Morocco to ride camels and sandboard down the dunes – when international travel opens up again. She’s also determined to talk openly about her mental illness as a way to reach other women in menopause or perimenopause dealing with similar struggles.

“One of the biggest problems I experienced was feeling isolated, thinking nobody would understand what I was going through,” Amanda says. “When women find this group, they not only learn about solutions, but also finally understand that they’re not alone.” 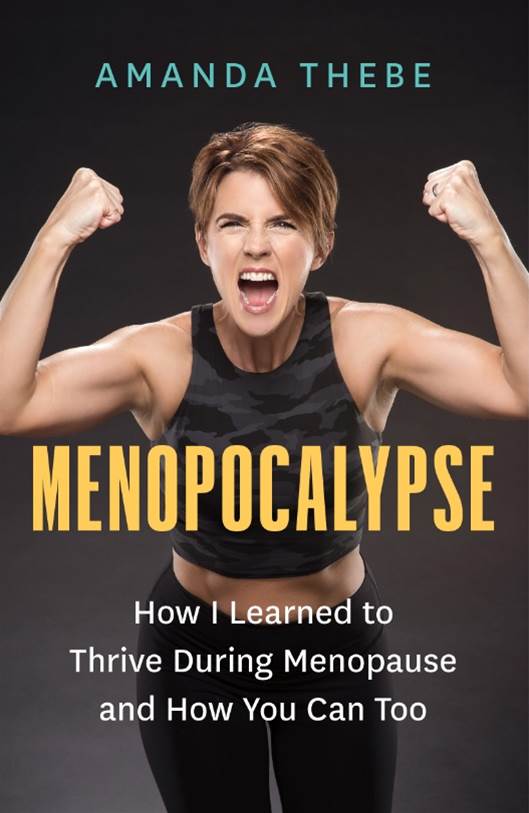 Menopocalypse: How I Learned To Thrive During Menopause and How You Can Too by Amanda Thebe (Greystone, $29.99) is available at bookstores now. This article originally appeared in the US edition of Woman's Day.

If you’re feeling anxious, depressed or just not yourself and you suspect your hormones might be to blame, reach out to your GP for advice, says Dr Ginni Mansberg, author of The M Word: How to Thrive in Menopause. 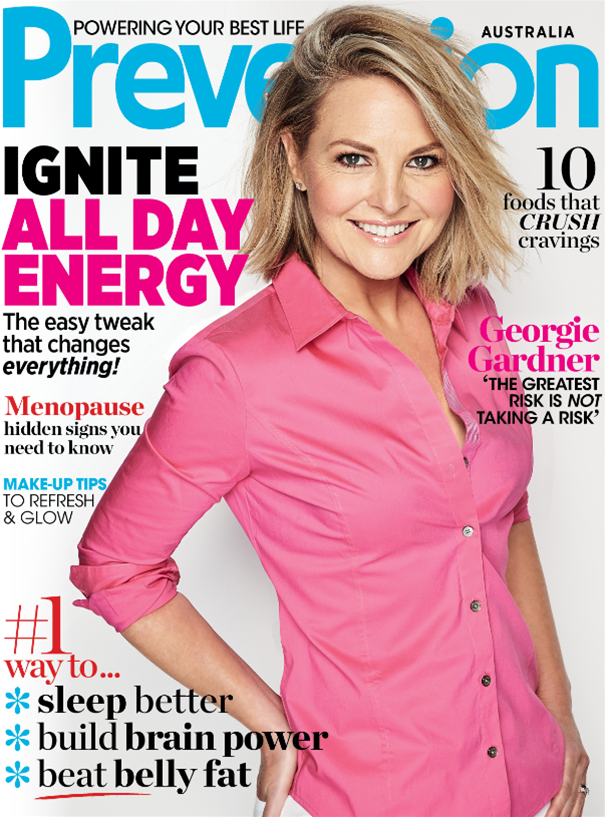 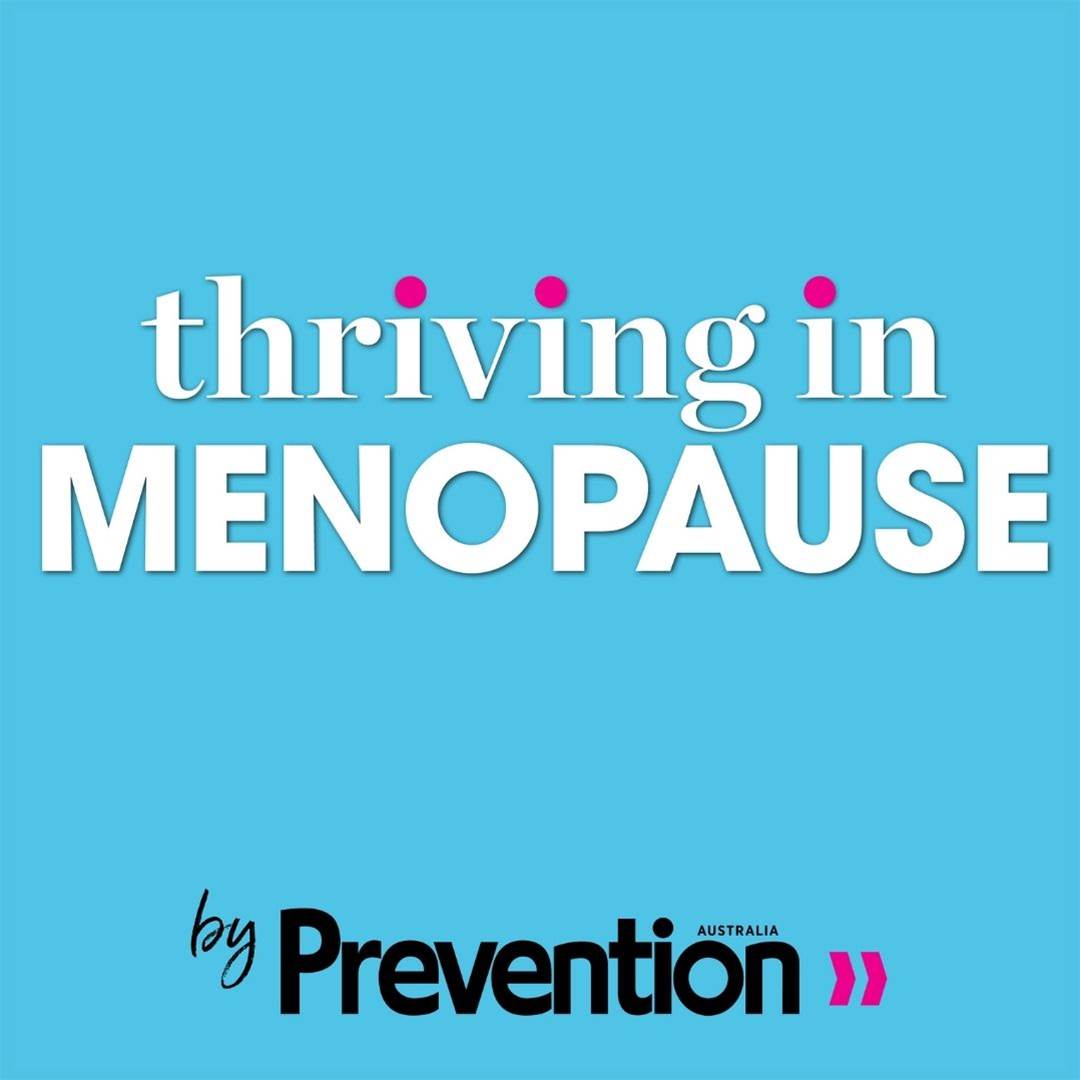 I have read and accept the privacy policy and terms and conditions and by submitting my email address I agree to receive the Prevention newsletter and special offers on behalf of Prevention, nextmedia and its valued partners. We will not share your details with third parties, and will only share delivery information in the event of you being a prize winner.
This article originally appeared on womansday.com
© womansday.com
First published: 1 Mar 2021
Tags:  amanda thebemenopausemenopocalypse