What Is Potato Milk? Experts Break Down the Nutrition of the Trendy New Milk Alternative

It might just be a great alternative for those looking for dairy- and nut-free milk. 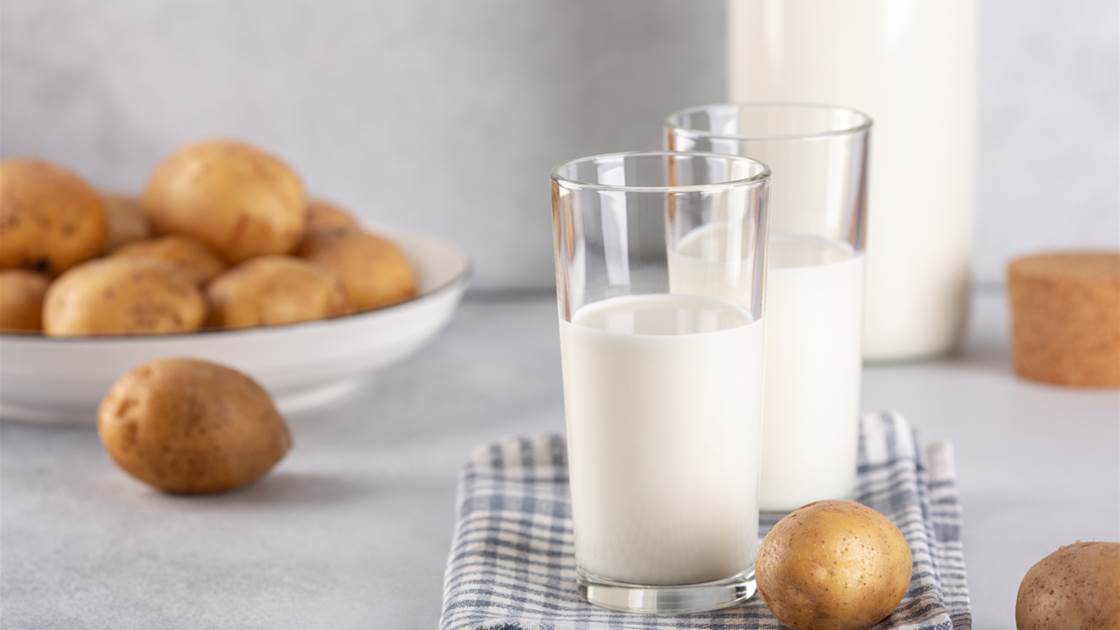 It seems like every day there’s a new plant-based milk promising to be the creamiest, dreamiest, dairy-free alternative for your coffee or cereal. Just this week, potato milk, the newest member of the plant-based milk family, has exploded all over the internet. But we have some questions. Mainly: what is potato milk? And is it healthy?

The side-dish favourite that’s often mashed, roasted, boiled, or fried, is now adding milk to its repertoire. Just this week, the Swedish-based brand DUG launched the market’s very first potato milk in the UK supermarket chain, Waitrose. And according to Waitrose's 2022 Food and Drink Report, potato milk is an up-and-coming trend following in the footsteps of soy, almond, pea and oat milk.

But before you roll your eyes, there may be some good to the potato milk craze. One of the greatest draws to using potatoes for plant-based milk is potatoes are remarkably sustainable compared to soybeans, almonds, oats, and dairy milk. Potatoes can be cultivated anywhere, they don’t need much in the way of special growing accommodations, they're twice as land efficient as oats, they have a very low carbon footprint (75% lower compared to dairy milk), and use 56 times less water compared to almonds, according to the experts.

If you’re looking for store-bought potato milk, you won’t find it locally, just yet, but has been described as tasting deliciously creamy with a great foam for coffee. There are also claims that it is possibly the most sustainable milk alternative on the market.

Some homemade versions, like this one from the blog The Green Creator, that tells you to blend boiled, peeled potatoes with water and flavourings (like maple syrup and vanilla), straining the liquid, and using the remaining liquid as potato milk. But DIY-ing the plant-based milk leaves some holes nutritionally, according to experts.

“The one major challenge with homemade plant-based milk is that they lack fortification of other nutrients like other store-bought cow's milk and plant-based milk contain,” warns Dr Catherine Perez, vegan registered dietitian and owner of Plant-Based RD blog. It’s important to get your vitamins from other food or supplements, she says, as nutrients like calcium and vitamin D can be harder to get.

The nutritional value of homemade potato milk will depend on the flavourings you add, like any sugars, says Keri Gans, dietitian and author of The Small Change Diet, and host of The Keri Report podcast.

Perez says that plant-based milk varies from brand to brand, so it’s always best to compare the nutrition facts on the label of your usual go-to’s when deciding if something is meeting your nutritional needs.

But most plant-based milk options, other than soy milk, have very little protein. This is less important if you’re just adding a splash of milk to your coffee, but if you’re using milk as a source of protein, like in cereal or a smoothie, the grams will matter, Gans says. But the basic DIY recipe or the unsweetened version of the milk is “on par nutritionally with a lot of other plant-based milk,” she notes.

Ultimately, it’s very low in calories and carbohydrates like many other plant-based options are, says Abby Langer, dietitian and author of Good Food, Bad Diet. But for the milk with the best nutritional value, Langer recommends cow’s milk, unless you’re avoiding it for specific health or ethical reasons. “It’s really a better source of nutrition than any plant-based milk on the market,” she says.

Though all of the dietitians we spoke to agree that there isn’t much of a nutritional benefit when comparing spud milk to other plant-based options, Perez says she’s looking forward to seeing how potato milk sells.

“The response, I believe, will be more enthusiastic for those looking for a dairy-free option that is also allergy-friendly,” Perez says. “So, I believe the interest is there. Plus, it's something new that might also provide a different taste and mouth-feel compared to some of the other plant-based milk currently available.”

I have read and accept the privacy policy and terms and conditions and by submitting my email address I agree to receive the Prevention newsletter and special offers on behalf of Prevention, nextmedia and its valued partners. We will not share your details with third parties, and will only share delivery information in the event of you being a prize winner.
This article originally appeared on prevention.com
© prevention.com
First published: 14 Feb 2022
Tags:  foodhealthnutritionnutrition/wellness