If you’ve ever looked into intermittent fasting, a diet that requires followers to fast for 12 to 20 hours daily, you might’ve come across some dire warnings about the diet being really, truly, dangerously bad for women. 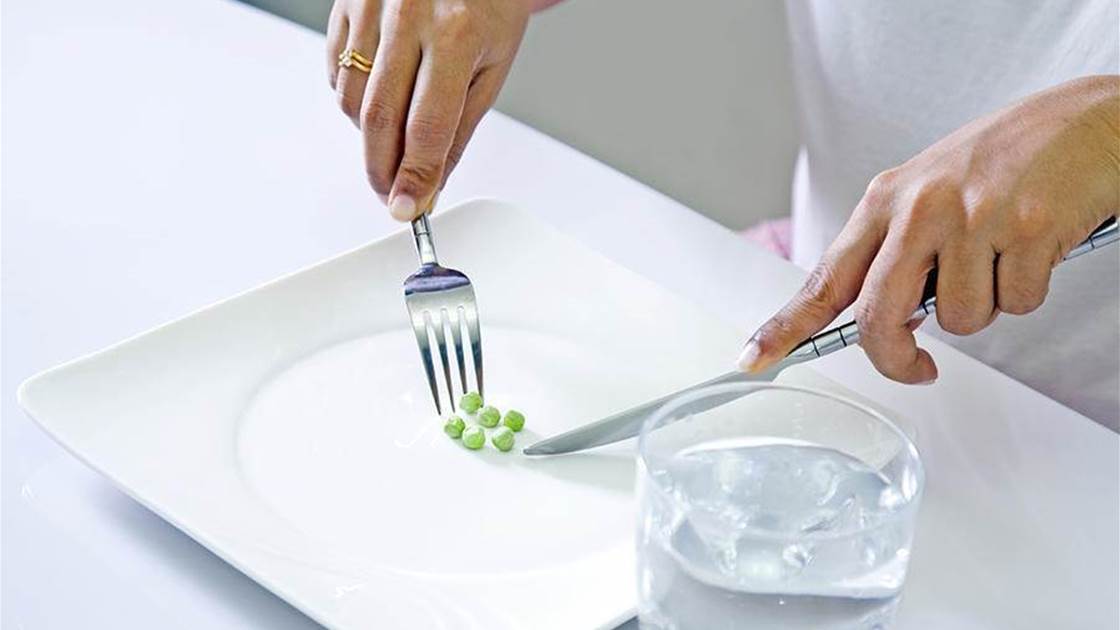 Women’s bodies are more sensitive to the signals of starvation, so going too long without eating could throw their hormones out of whack, some experts say. As a result, intermittent fasting can make you so ravenous that you end up devouring everything in sight. Or worse, it can cause your body to break down lean muscle for fuel.

A quick Google search of “intermittent fasting for women” will tell you that the best way to avoid this supposed fate is with crescendo fasting—a special type of fasting that works with our delicate lady hormones instead of against them.

Instead of fasting 12 to 20 hours daily, crescendo fasters fast for 12 to 16 hours at a time on two to three non-consecutive days per week. (So, they might stop eating at 7 PM and fast until 9 AM the next morning and then do the same thing again a few days later.) The origins of the diet are murky, but it seems to have a cult following among Paleo-leaning health blogs.

Folks who insist that women need to fast in a special way usually cite a single study that was performed on rats. The rats were deprived of food for a full day, every other day for 12 weeks. Just two weeks into the experiment, the researchers found that the female rodents’ hormones were out of whack, causing their periods to stop and their ovaries to shrink. Which, admittedly, sounds pretty horrible.

Fasting for shorter, less frequent periods still restricts your kilojoule intake to help you lose weight, but it doesn’t restrict calories enough to send your body into starvation mode and cause the aforementioned hormonal changes to happen. At least, that’s the logic used by proponents of crescendo fasting.

But is crescendo fasting actually a superior strategy? And are you doomed to wreck your metabolism if you try any other type of fast to lose weight? The answers to these questions below, plus everything else you need to know before trying this weight loss method:

There’s not much research showing that women need to fast differently than men—and rats' metabolisms do not match humans' perfectly.

“A rat only lives for a few years. So starving one for [24] hours would be like starving a human for several days,” says Professor Krista Varady. At which point, a man or a woman’s metabolism would slow down dramatically in an effort to conserve resources. However, popular fasting diets don’t suggest cutting out food completely for days, making the already shaky animal study even less applicable to humans.

As for the studies that have been done on humans? There’s not much out there to suggest that fasting will mess with your hormones or turn you into a fat storage machine, says Professor Courtney Peterson. In a year-long, randomised clinical trial, Varady and her co-authors found that fasting didn’t impact obese women any differently than obese men. Alternate day kilojoules—in which subjects ate 2000 kilojoules every other day and ate normally on the other days—helped both male and female subjects lose around 6% of their body weight.

However, one study from 2005 suggests that fasting could reduce women’s insulin sensitivity slightly more than men’s, causing their blood sugar to spike higher after a meal. Diminished insulin sensitivity also makes it harder to digest carbs and absorb nutrients, increasing the odds of gaining weight. However, the study was short and small—it looked at eight women for just two weeks. That’s not enough time to see how fasting really affects the body, Varady says. “The first two weeks of intermittent fasting are a jumble, where your body is trying to figure out what’s going on,” she says. And over the course of a year, findings actually show that insulin sensitivity improves with intermittent fasting." Experts don’t fully understand why, but it could be that fasting lowers inflammation or improves insulin signaling pathways, Peterson explains.

There are plenty of ways to make a fast work for you.

If you want to give intermittent fasting a try, you don’t necessarily need to pick a plan based on your sex. “There’s no scientific research on crescendo fasting,” Peterson says. Instead, you should think about what works best for your lifestyle so you can actually stick to it, recommends Varady. Here’s how to set yourself up for success: Pick a plan that seems doable. “There’s no scientific research on crescendo fasting,” Peterson says. Instead, stick with one of the two types of intermittent fasting plans that have been proven to help with weight loss—and think about which one would work better for you. 5:2 fasting involves doing two day-long fasts per week (i.e., eating no more than 2,000 kilojoules), while time-restricted feeding involves fasting for a period of 12 to 20 hours daily (like cutting off food and high-kJ beverages completely at 6 PM and not eating again until the next morning). Shorter, daily time-restricted feeding fasts tend to work better for most people, Varady says. In fact, subjects who fasted from 6:00 PM until 10:00 AM the next morning naturally cut about 1,200 kilojoules daily, found Varady in a new, yet-to-be published study.

Don’t cut your kilojoules too much. Planning to go the day-long fasting route? You shouldn’t actually go the entire day without eating—just cut your kilojoules by a sizeable amount. There’s no hard and fast recommendation for how much you should (or shouldn’t) eat. But in general, studies have subjects consume around 25% of their usual calorie intake on fasting days. For a woman normally eating 6,650 kilojoules, that’s around 2,100 kilojoules on a fast day.

I have read and accept the privacy policy and terms and conditions and by submitting my email address I agree to receive the Prevention newsletter and special offers on behalf of Prevention, nextmedia and its valued partners. We will not share your details with third parties, and will only share delivery information in the event of you being a prize winner.
© prevention.com
First published: 27 Sep 2017
Tags:  diet tipshealthy eatinghealthy habits