When Does a Headache Signal a Brain Tumour?

If your headache is unmanageable or just feels unusual for you, don’t blow it off. 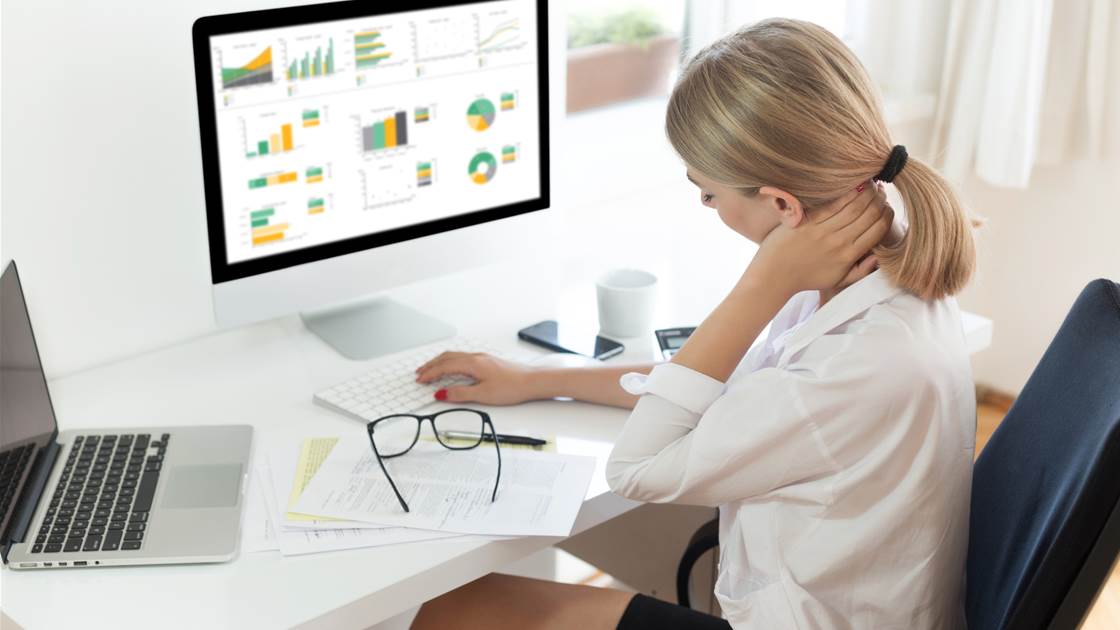 When you’re hit with a pounding headache for no obvious reason, you probably assume you haven’t had enough water, didn’t sleep well, or have some muscle tension you’re holding onto due to stress.

After all, the causes of headaches and migraines can range from the foods you eat to spending too much time in front of your computer screen (guilty!). But when that ache starts to linger, feel severe, or come back often, it’s only normal to wonder if it could be pointing to something more serious.

Take a deep breath: Odds are excellent that your headache is not a brain tumour, even if you can’t get through a teen tearjerker without seeing someone (usually young, female, and lovely) expire tragically from the disease.

While a headache is sometimes one of the symptoms of a brain tumour, chances are, as a surprisingly hot Arnold Schwarzenegger put it in 1990’s Kindergarten Cop, “It’s not a toomah!”

How often is a headache a sign of a brain tumour?

“Headaches are incredibly common and brain tumours are incredibly rare,” says neurosurgeon, Dr Cameron Brennan. “Around five out of 100,000 people a year are diagnosed with some kind of brain tumour, whereas one in seven people report a migraine each year.”

Migraine is just one cause of head pain. Tension headaches, cluster headaches, and simple but annoying caffeine withdrawal or fatigue headaches send many people to Starbucks or the medicine cabinet for a pain reliever every day.

Besides, headache or none, your lifetime risk of a malignant brain or spinal cord tumour is less than 1%. And while “Yay, I have a brain tumour,” is not something you’re likely to ever hear, most primary brain tumours (more than two-thirds) are not cancerous. (A primary brain tumour is one that originates in the brain, as opposed to breast cancer or lung cancer, for instance, that has spread to the brain, and would have had many other indicators before a headache.)

When is a headache a sign of a brain tumour?

In order for a headache to be the telltale symptom of a primary brain tumour, it has to be pretty big, says neuro-oncologist Dr Alyx Porter. “The skull is a fixed space, and it only allows for the brain, spinal fluid, and blood,” she says.

Plus, the brain itself can’t detect pain. “If anything else is in there, it creates pressure [on nerves of blood vessels], so a tumour would have to grow quite sizable before you feel intracranial pressure,” says Dr Porter.

All of this to say, a headache is rarely the first or only symptom of a primary brain tumour. “It’s much more common for people to have other neurological symptoms,” possibly along with a headache, says Dr Porter. These include seizures, vision changes, weakness on one side of your body, slurring of speech, among others. You’d probably know something was wrong before a bad headache hits.

Besides, benign brain tumours tend to grow slowly, and while they’re no fun, they sometimes don’t need to be removed, depending on how disruptive the symptoms are. “Benign tumours are often completely curable or manageable throughout a long natural lifetime,” says Dr Brennan.

What does a headache caused by a brain tumour feel like?

It feels pretty much the same as other headaches, particularly a migraine, says Dr Brennan. “There’s not a single pattern that distinguishes a brain tumour headache from the range of normal headaches that people can get,” he says, adding that because brain tumours are all about taking up space in the skull, anything that raises the pressure in the head can trigger a headache that’s due to a brain tumour. “Sneezing, laughing, bending over—that kind of thing. But those things can exacerbate a regular headache, too.”

A headache caused by a brain tumour, however, is unlikely to come on during the day, says Dr Porter, and may wake you up in the night or early morning hours. But that alone wouldn’t be the biggest red flag: Neurological symptoms along with a headache are a much bigger cause for concern.

When friends or family call Dr Brennan for advice when they have a headache, he asks a few questions, including if the headache has been happening for a while. “That points to it not being concerning, even though the symptoms may be awful—the longer it’s been going on, the more likely it is to be a benign headache.”

When should you see a doctor about a headache?

If you suddenly have the worst headache you’ve ever had, or if it comes with neck pain, vomiting, high fever, difficulty speaking, confusion, or numbness or weakness, head to the emergency department, because there are a number of things it could be that require immediate attention.

But even when it’s not an emergency, if you’ve never had a migraine before, if it feels different than a migraine you’ve had in the past, or if it hangs around for a few days and OTC pain relievers don’t seem to help, why not have it checked out? Your doctor will likely order an advanced imaging test, like a CT or an MRI, to ensure everything’s looking normal, Dr Porter says.

Bottom line: You don’t have to live with the pain. If a headache is interfering with your everyday life, see your doctor or a specialist, like a neurologist, to figure out what’s going on—because, chances are, it’s something other than a tumour.

I have read and accept the privacy policy and terms and conditions and by submitting my email address I agree to receive the Prevention newsletter and special offers on behalf of Prevention, nextmedia and its valued partners. We will not share your details with third parties, and will only share delivery information in the event of you being a prize winner.
This article originally appeared on prevention.com
© prevention.com
First published: 16 Oct 2021
Tags:  braincancerconditionsheadachehealthnutrition/wellnesstumor