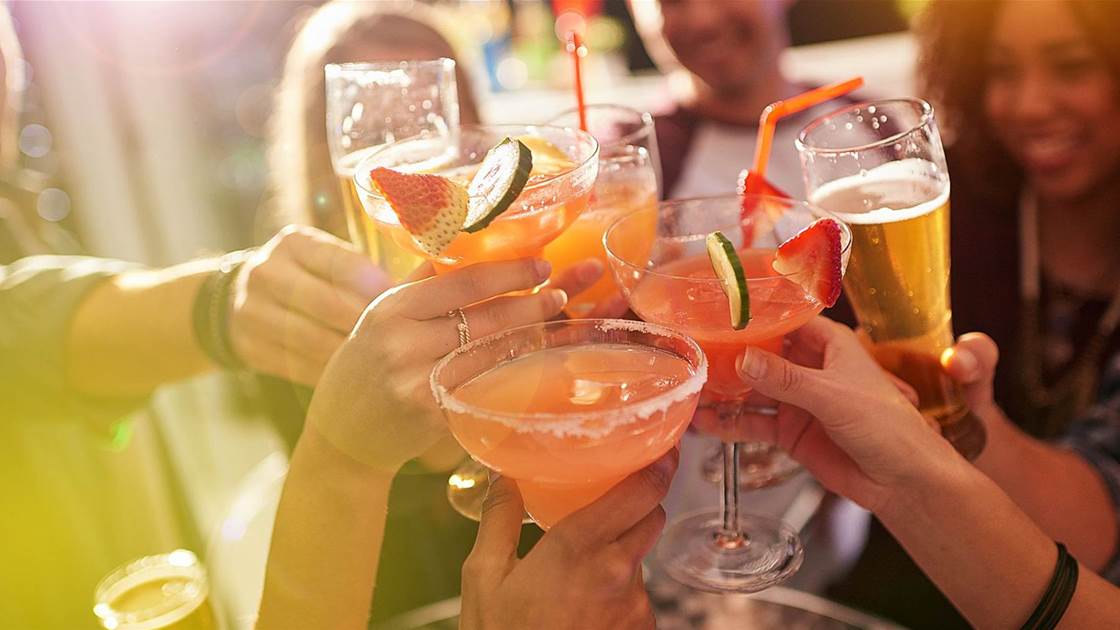 Drinking isn't the healthiest pastime. In fact, a 2018 study from The Lancet shows that no amount of alcohol is actually good for you. But hey, we still do it, and experts say that drinking in moderation (that’s one drink per day for women and up to two drinks per day for men) is probably okay.

When you do imbibe, one way you can make it healthier is choosing the lowest -kJ alcohol, ensuring your sipper will have as minimal impact as possible on your weight. “Alcohol itself is very kilojoule dense,” says dietitian Lisa Moskovitz. “The more alcohol a drink has, the more kilojoules it contains-just one shot of any sort of liquor is about 400kJ,” she says.

Kilojoules in alcohol: They add up fast

If you start having two 150mL pours of red wine every night of the week, that tacks an extra 7,322kJ (1,750cal) onto your diet every week. And if you change nothing else about what you're consuming, those extra kilojoules could add up to 11.34 of weight gain over the course of a year. Yikes.

How to order the lowest kilojoule alcoholic drinks

Some of the key points to remember when ordering is to ask for no syrups, opt for fresh juices, and watch for portion sizes. A standard serving of beer is 400mL, wine is 150mL, and liquor is 45mL (a shot glass). “The biggest thing to remember is that you’re getting the bulk of your kilojoules from the alcohol itself,” Moskovitz advises. “So, try to pick mixers that don’t contribute extra kilojoules or sugars.”With all this in mind, we asked registered dietitians for tips on how to choose the healthiest alcoholic drink at your next happy hour, and ranked the best low-kJ alcoholic drinks. 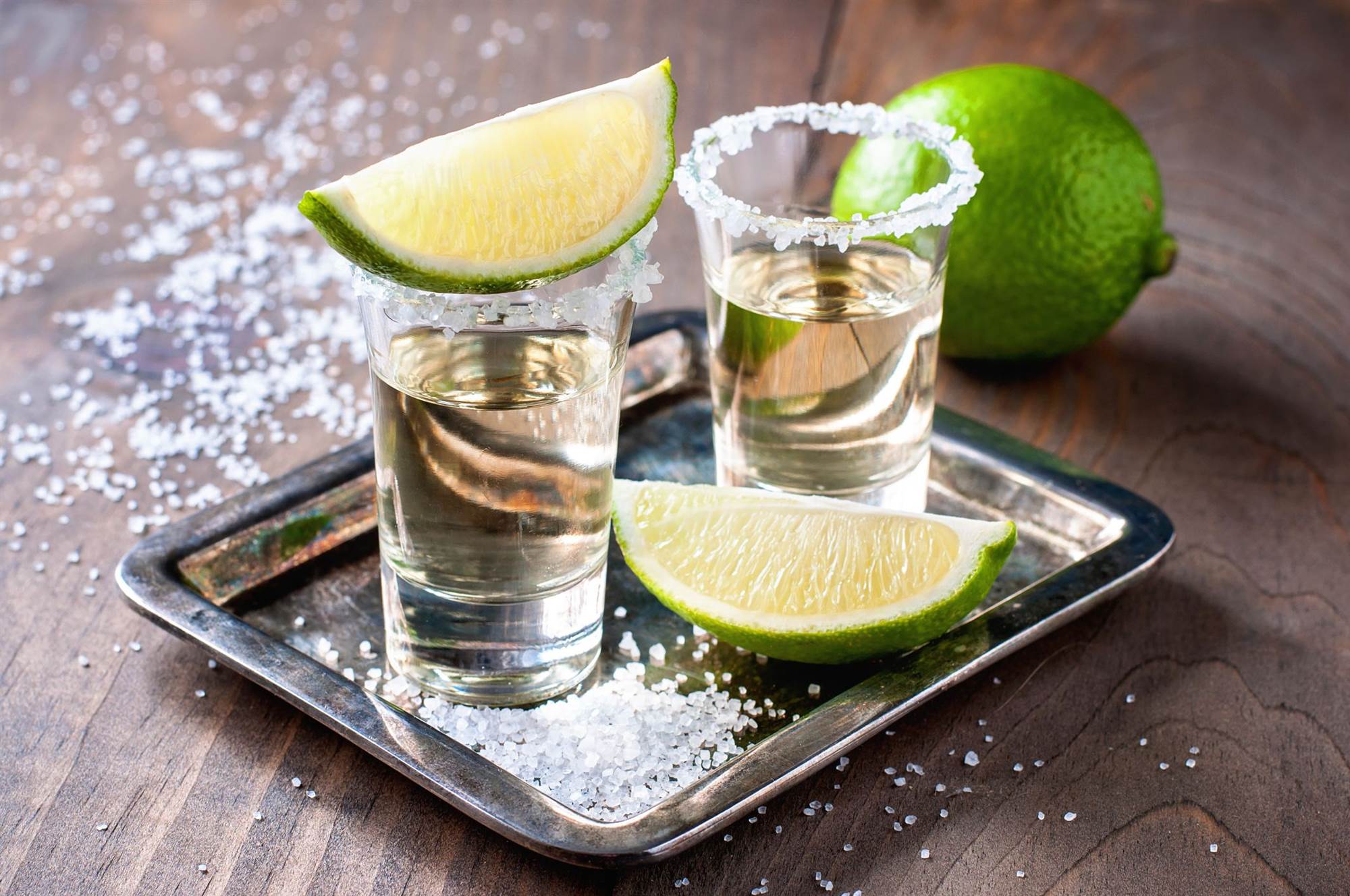 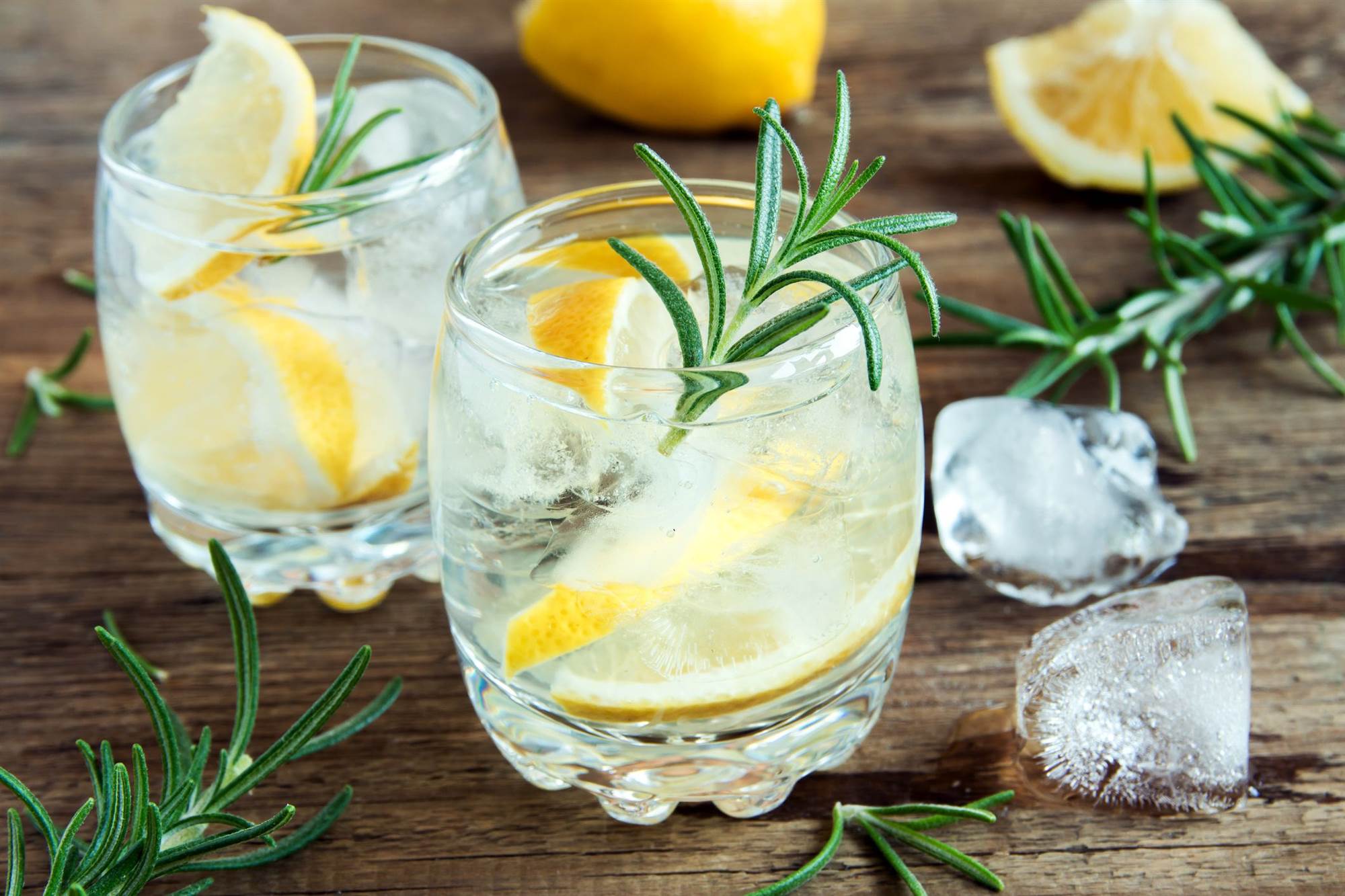 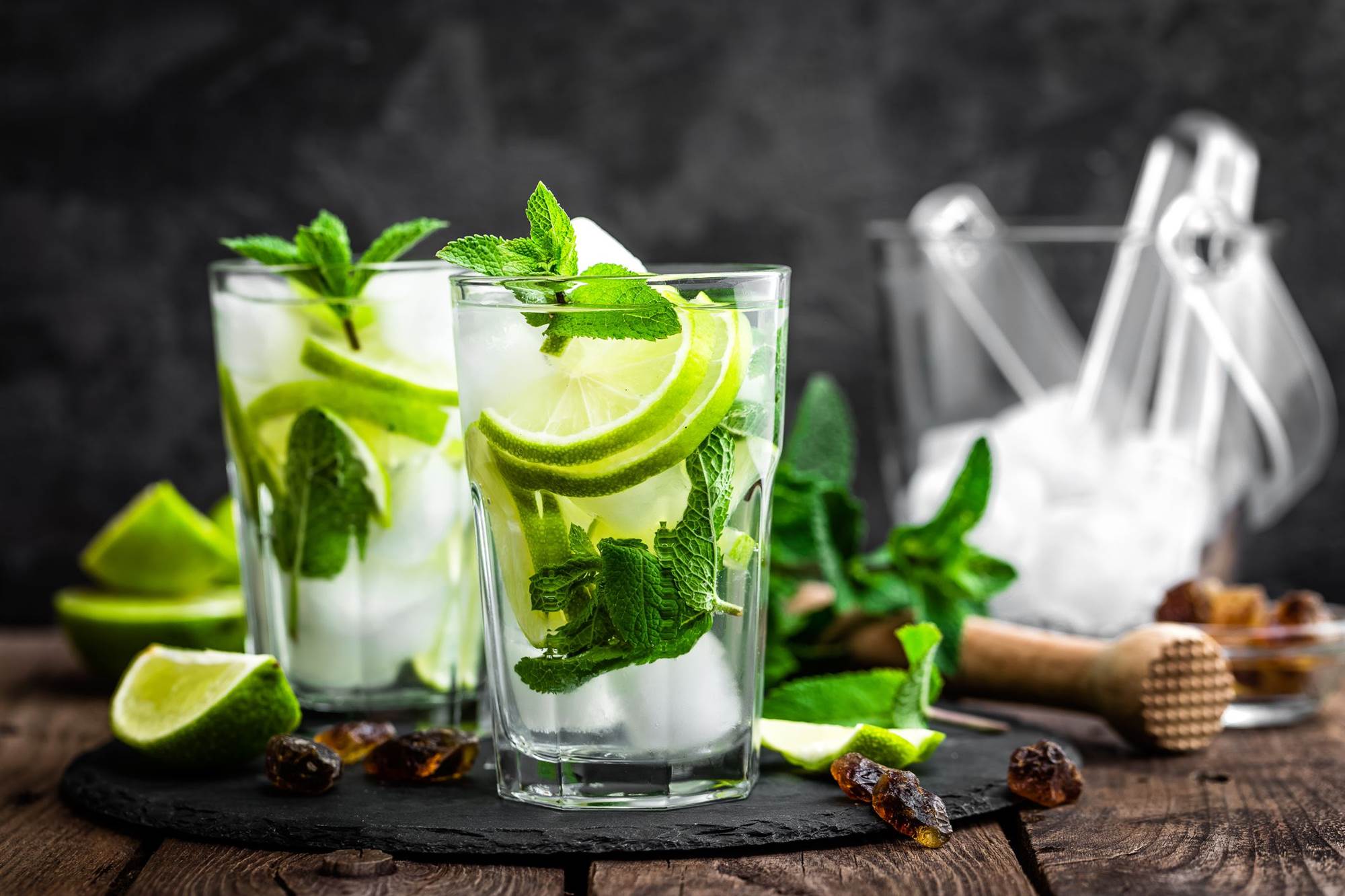 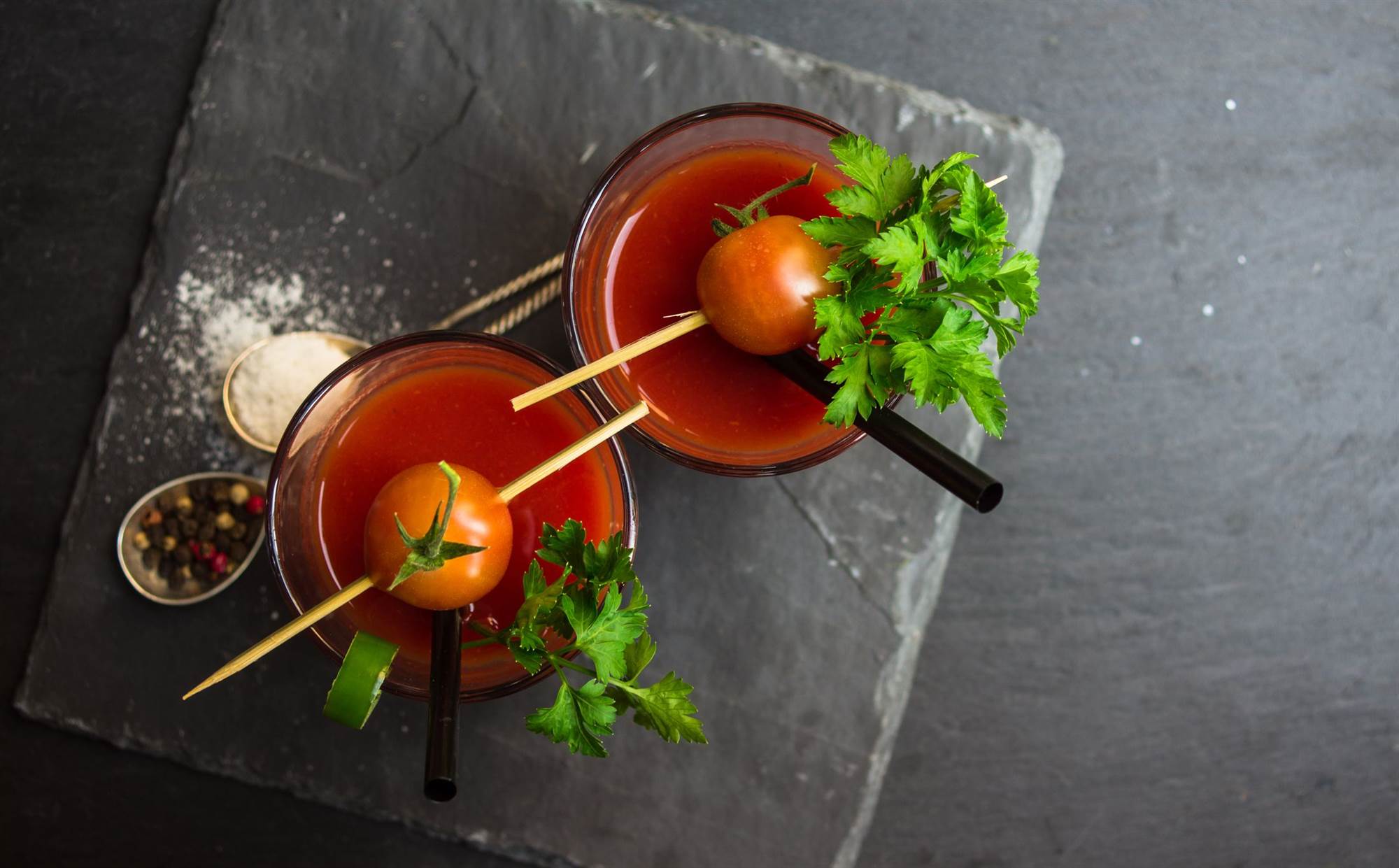 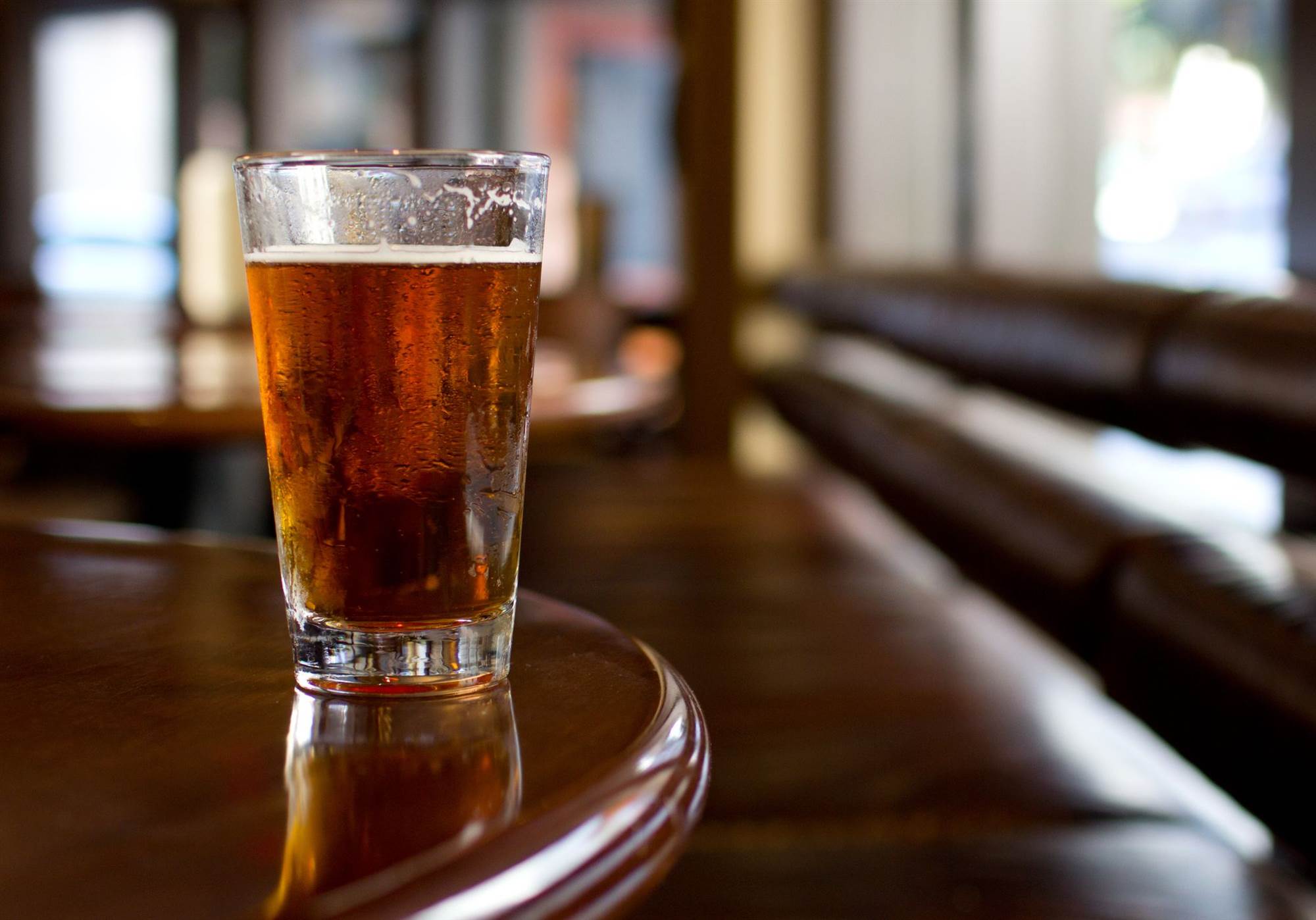 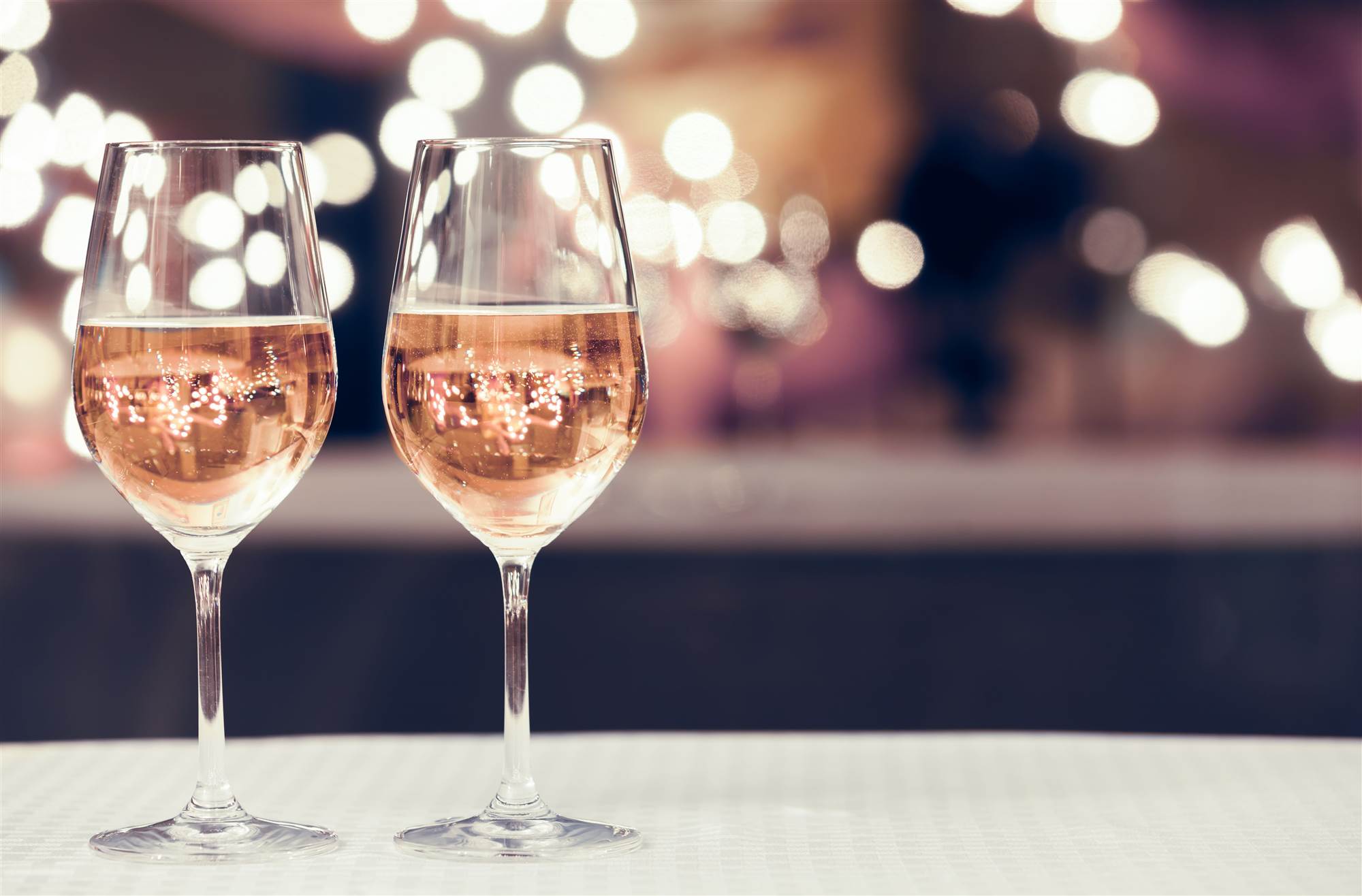 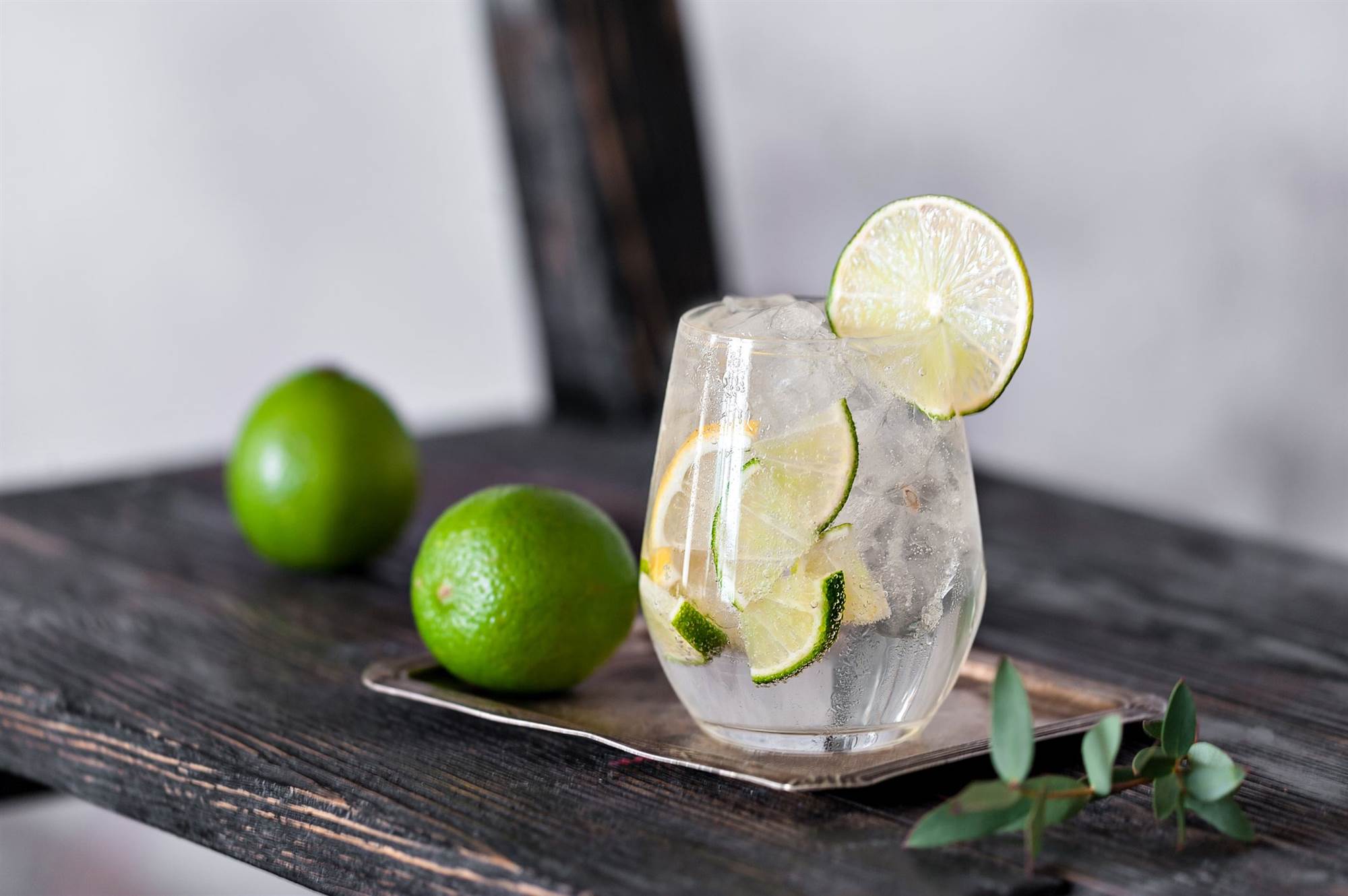 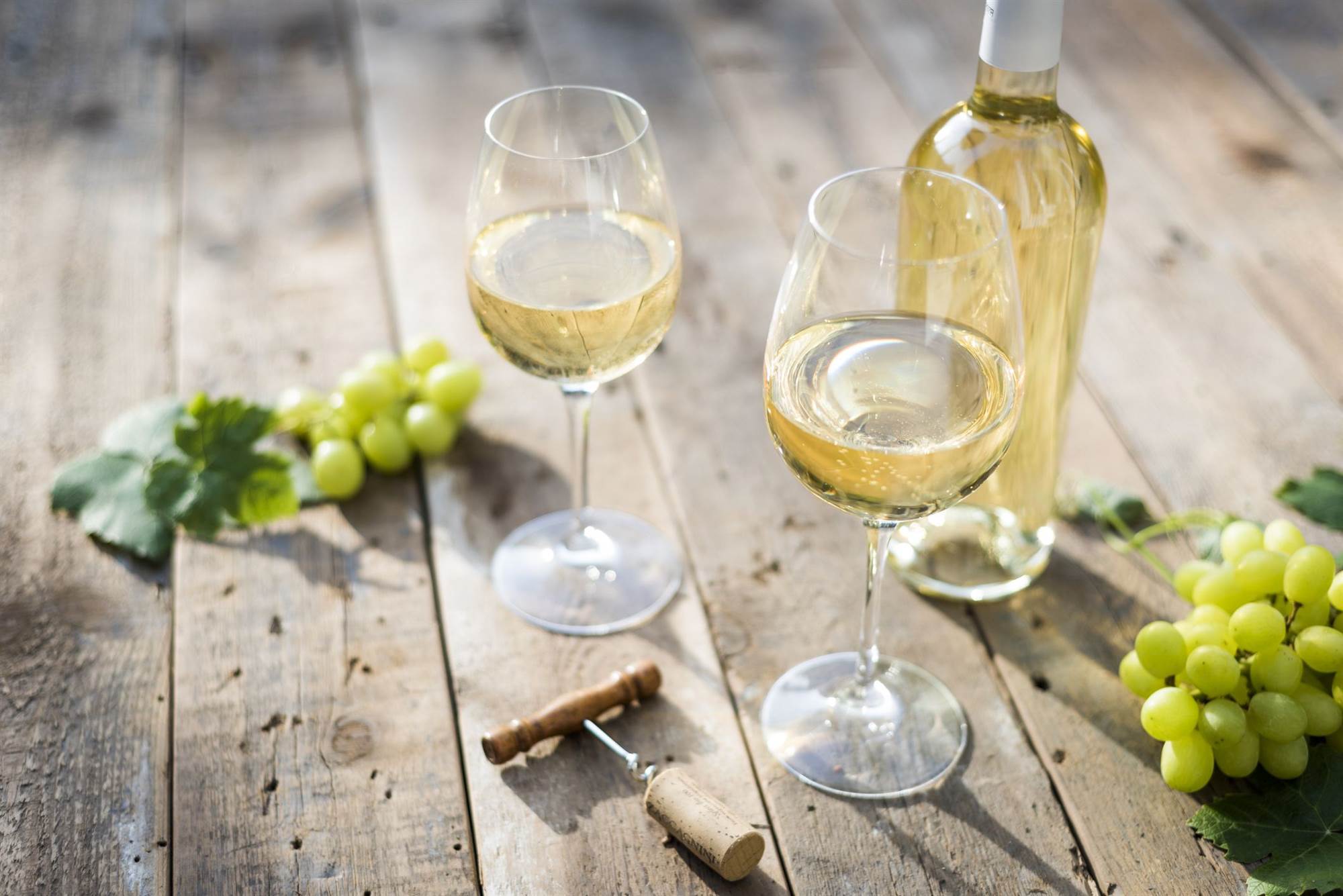 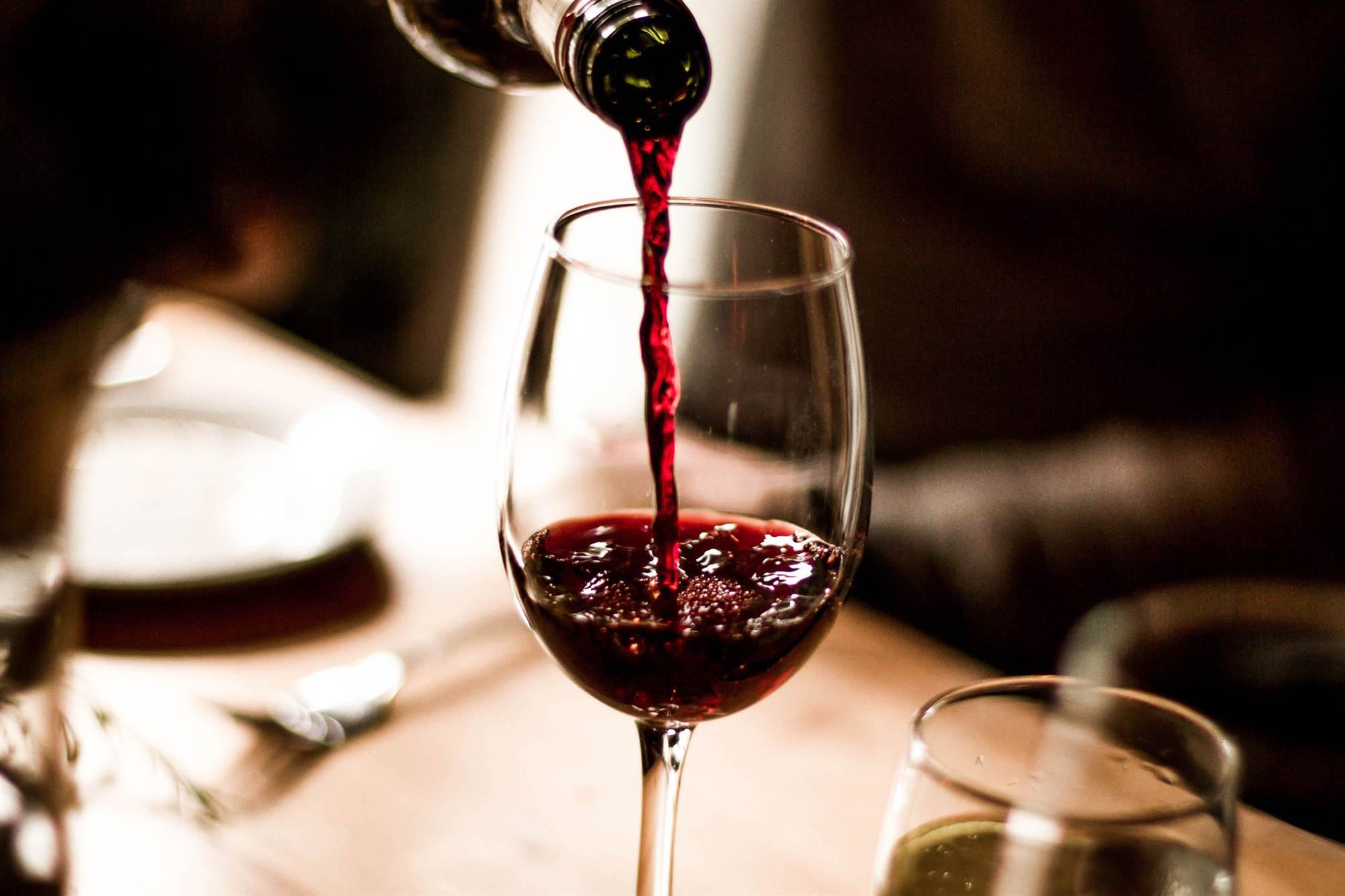 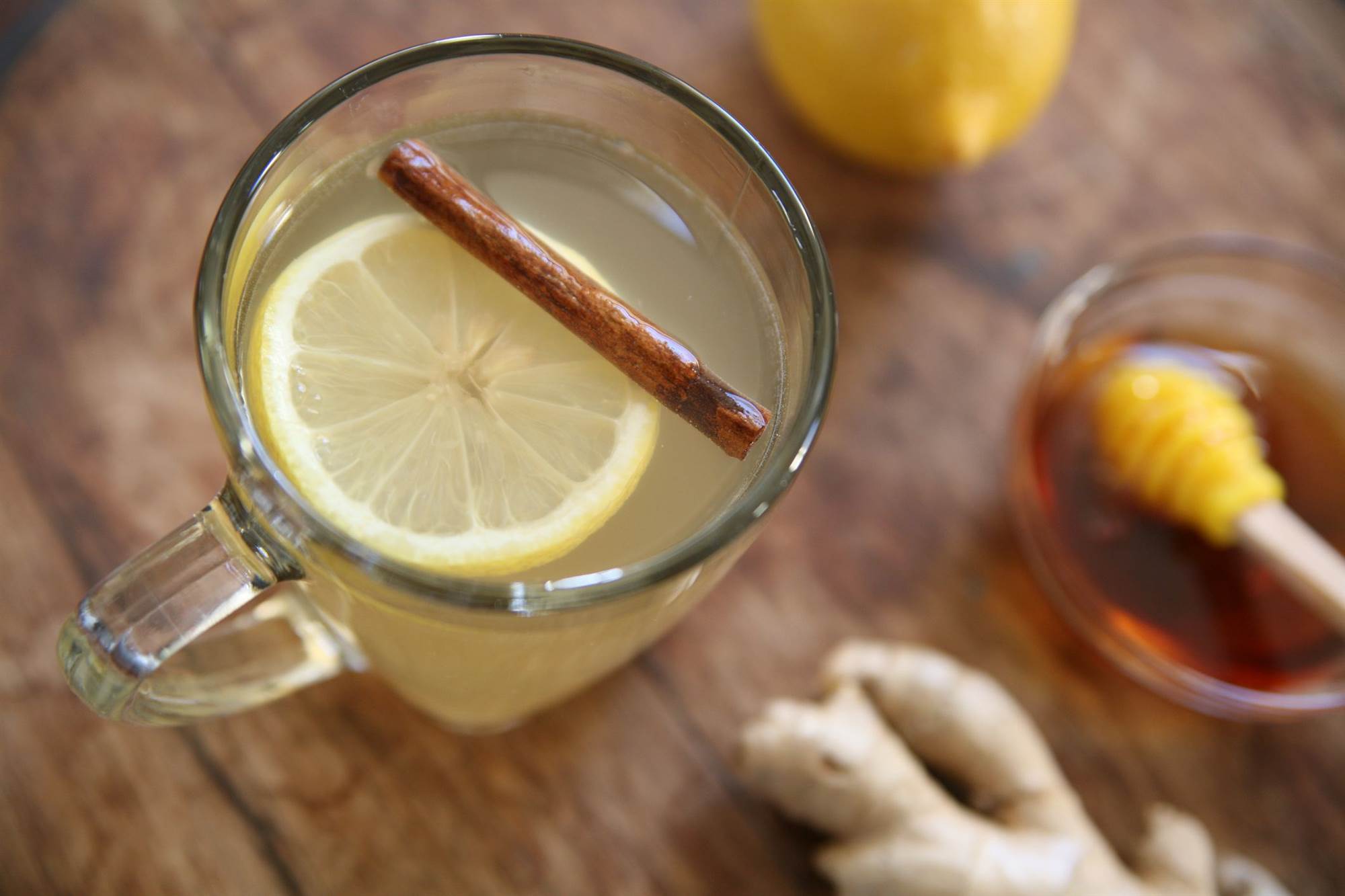 Margaritas feel indulgent for a reason-a standard marg is packed with kilojoules and sugar. “A margarita can contain anywhere from 670 to 1,675kJ (160 to 400 cal) depending on if it's made with fresh juice or a pre-made syrup-most of the margarita mixes are rich in sugars and kilojoules,” says dietitian Yasi Ansari.

For a lower-kJ take on the Mexican-inspired cocktail, Ansari recommends drinking tequila with a squeeze of fresh lime juice (the lowest kJ option). "It blends in juice rather than a syrup, keeping kilojoules under 800,” she says. Using fresh juice instead of a sugary mix will also help you drink it more slowly and enjoy the the flavours.

If you’re looking for the lowest-kJ alcohol, stay away from tonic water. "It adds about 334kJ (80cal) and 21 grams of sugar” to your cocktail, Ansari says. Instead, choose soda water. “Choosing to mix a serving of vodka with soda water, which is still fizzy but contains no kilojoules, is much better,” she explains. To boost the flavour without adding kilojoules, squeeze some fresh lemon juice for a refreshing kick.

Since alcohol tends to dehydrate you, using soda water is a bonus. “The great thing about soda water other than it not adding kilojoules is that it keeps you hydrated,” Ansari says. Whenever you're imbibing, be sure to also take sips of water in between drinks.

3) Mojito minus the syrup

Mojitos normally contain about 702kJ (168cal), but Ansari says ditching the syrup can save you anywhere from 167 to292 kiljoules (40 to 70 cal) per cocktail. “You can make this drink less than 100cal by making it with light rum, and a teaspoon of sugar (or a no-kJ sugar substitute like Stevia)," she explains. Adding a ton of mint, increasing the soda water and packing in fresh lime juice also enhances the flavour without adding kilojoules. At the bar, simply ask the bartender to skip the syrup and add more mint and lime juice instead.

For the lowest kilojoule brunch cocktails, avoid the pitcher of mimosas, which can be high in sugar. A bloody Mary is a healthier option, but to keep the kilojoules low, Ansari suggests mixing it yourself. Premixed or packaged versions can range anywhere from 830 to  1,675kJ (200 to 400cal).

“You can keep Bloody Mary recipes at or below 400 kilojoules (100cal) by combining 30mL of vodka with a smaller portion of fresh tomato juice, and adding just a dash of Worcestershire and Tabasco sauces," she says. This keeps the sodium low while lending flavour. Don't be afraid to also use spices to infuse heat-a little goes a long way. Avoid loading your drink with too many olives or a piece of bacon and stick to celery sticks or cherry tomatoes.

Not all beer will give you a belly. Light beers tend to be around 200kJ (50cal) less than regular brews. “Although this may not sound significant, it is when you’re pairing a glass of beer with dinner,” Ansari says. “Adding unnecessary kilojoules from liquids can prevent you from meeting your desired health goals.”

In general, the lighter the beer, the better, says Moskovitz. “Typically, the darker the beer is, the more kilojoules it contains,” she explains. In other words, stick with saisons, wheats and sours over stouts when you can.

A glass of rosé can be one of the easiest low-kJ drinks to order-as long as it’s not too sweet, Moskovitz says. Stay away from dessert rosés, which can be high in sugar. Rule of thumb: The higher the alcohol percentage, the higher the kilojoules in any given bottle, so look for labels with a lower alcohol by volume (ABV) to keep the kilojoule content as low as possible. And if you're ordering champagne, go for brut or extra brut, which means "dry," so there's naturally less sugar.

If you can’t part with tonic water, keep the kilojoules low by choosing diet. “Regular tonic is rich in sugar and kilojoules, but you can cut at least 250kJ (60cal) by choosing diet tonic and a splash of regular tonic,” Ansari says. You could also swap it with sparkling water. Get creative with your garnishes by topping it with a sprig of fresh rosemary or a slice of grapefruit to lend it more flavour. The presentation and taste will keep you satisfied.

White wine can be an easy low-kJ sip, as long as you stay away from sweeter varieties like rieslings or prosecco. “Dry white wines such as pinot blanc, chardonnay, pinot grigio, and sauvignon blanc are better low-kJ versions," Ansari says. They're just as satisfying as other alcoholic beverages that are higher in kilojoules, she adds.

For a heartier winter cocktail, Ansari recommends hot toddies, which are made with scotch or bourbon, hot water, honey, lemon, and a pinch of cinnamon. Cut back on kilojoules by adding more hot water and less whiskey or add just a touch of honey and load up on the lemon juice and cinnamon.

I have read and accept the privacy policy and terms and conditions and by submitting my email address I agree to receive the Prevention newsletter and special offers on behalf of Prevention, nextmedia and its valued partners. We will not share your details with third parties, and will only share delivery information in the event of you being a prize winner.
This article originally appeared on prevention.com
© prevention.com
First published: 30 Dec 2018
Tags:  cocktails/alcoholdrinkinghealthy alcohollossnutrition/wellnesspartiesweight