Inflammation is a buzzword attached to almost everything we eat these days, whether it’s about avoiding a food that causes it or eating a food that reduces it.

Why? Inflammation has a reputation as the “bad guy” when it comes to your health. In part, it's true: Chronic inflammation can lead to serious—and sometimes deadly—conditions down the road, such as type 2 diabetes, heart disease, cancer, and dementia.

Think of inflammation like a war going on within your body. Whenever your body takes in food or experiences some kind of ‘invasion,’ your immune system carries out an inflammatory response to tamp down that invasion.

Then, a second process called anti-inflammation begins, which is fueled by the nutrients and minerals that already exist in your body. This process is completely normal and ultimately brings your body back to its natural, equalised, pre-invasion state, says Dr Zhaoping Li, director of the UCLA Center for Human Nutrition.

Inflammation becomes a bad thing, however, when that second response—the anti-inflammatory one—doesn’t do its job of bringing your body back to centre.

“This very low-grade inflammation on a persistent basis is believed to be the platform for chronic diseases,” says Dr Li. Despite the stigma attached to the word itself, inflammation is still a natural process. “Inflammation’s good for fighting any invasions to the body,” says Dr Li.

So, what can you do to avoid the chronic (a.k.a. "bad") form of inflammation? First, avoid overeating. “To deal with the excess is always an extra burden for the body,” says Dr Li. Then, pack your diet with the following anti-inflammatory foods. 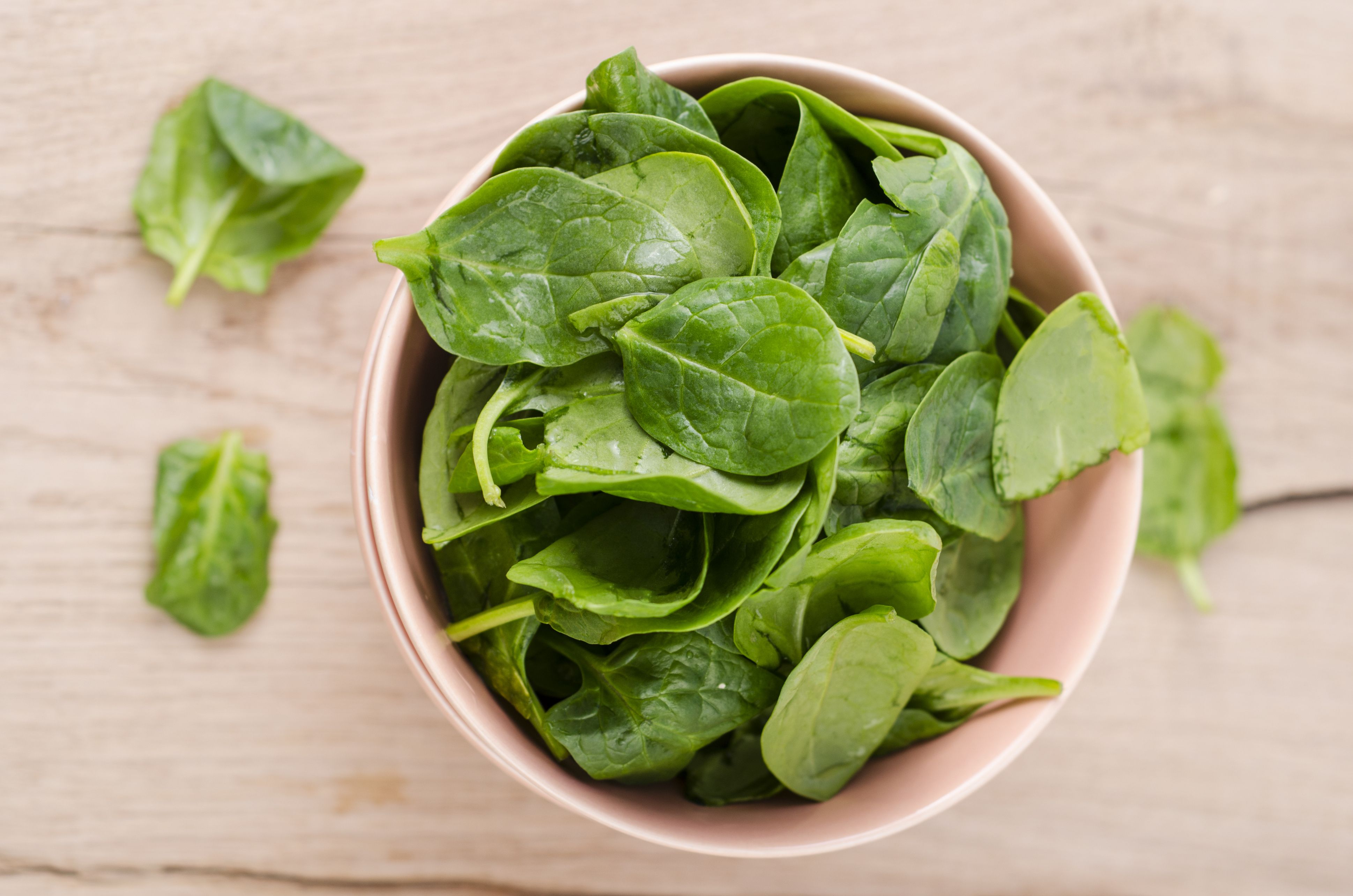 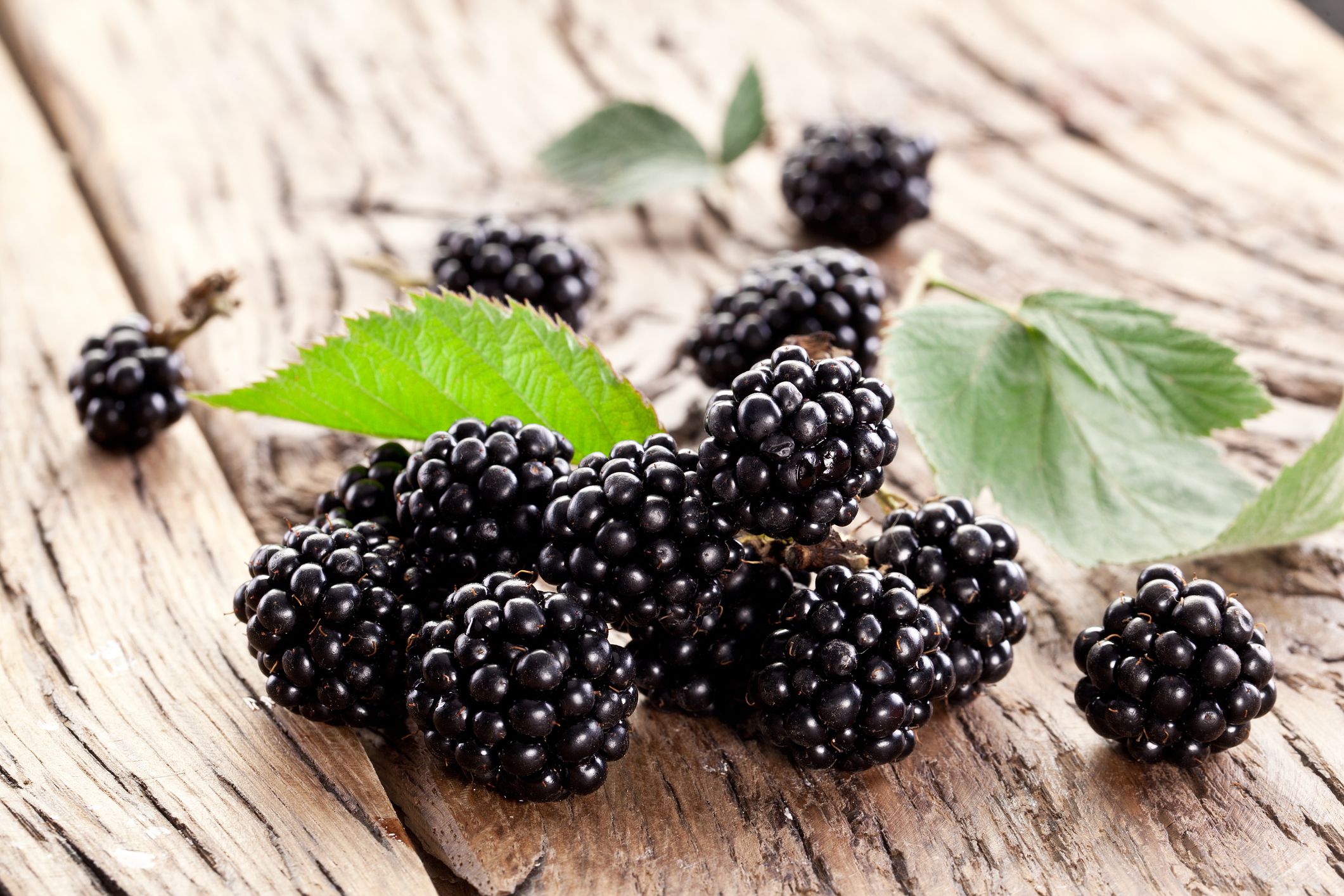 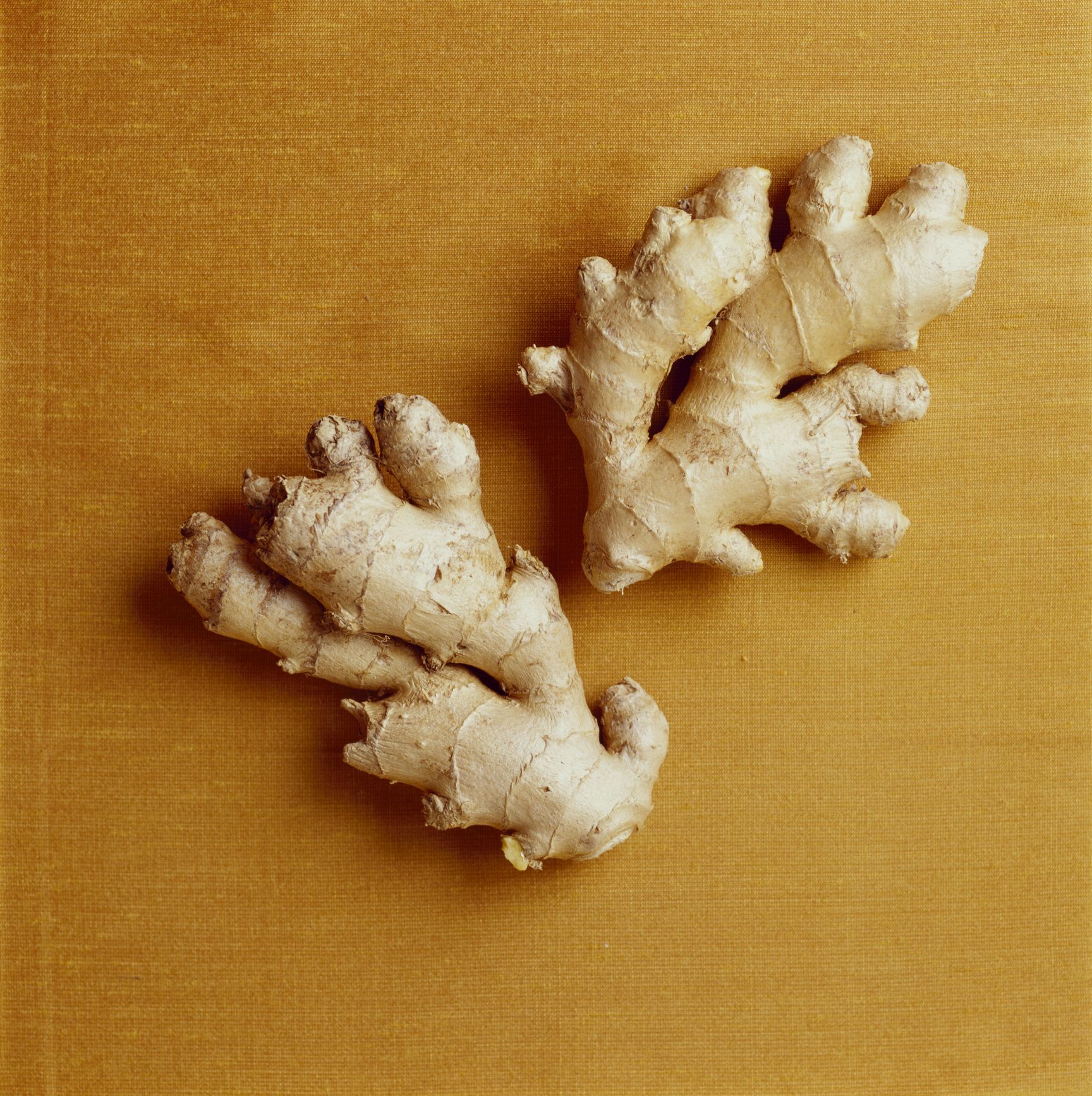 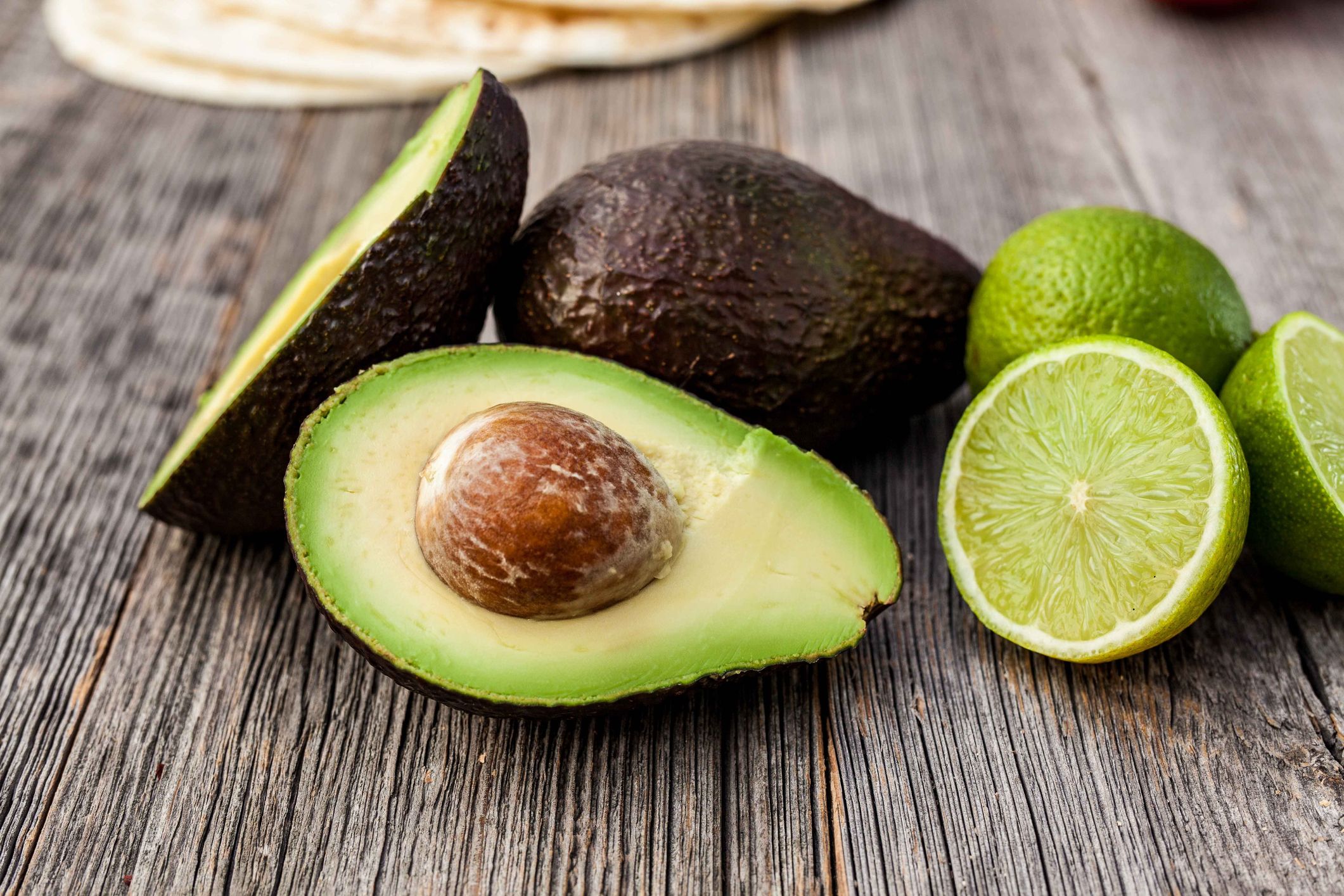 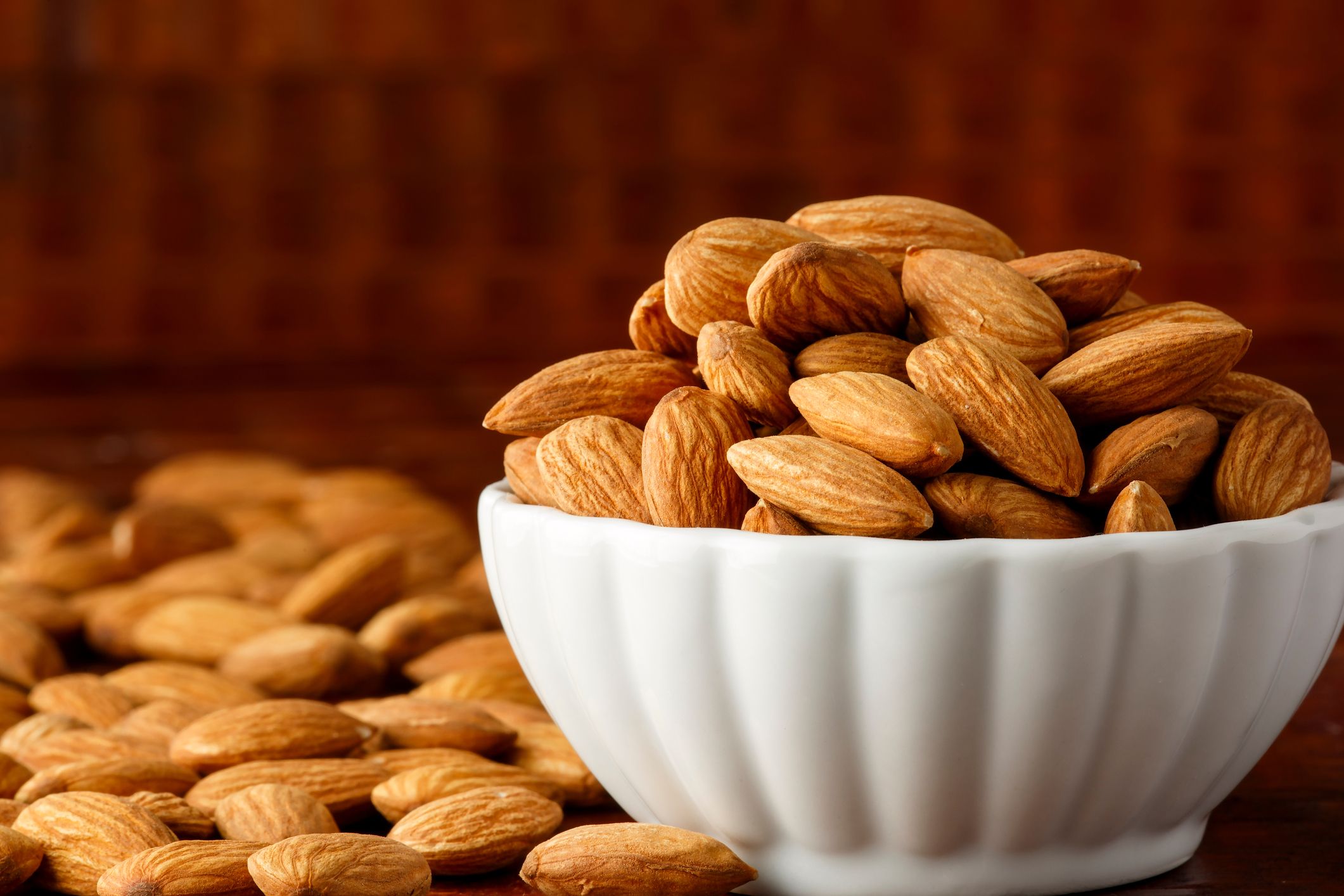 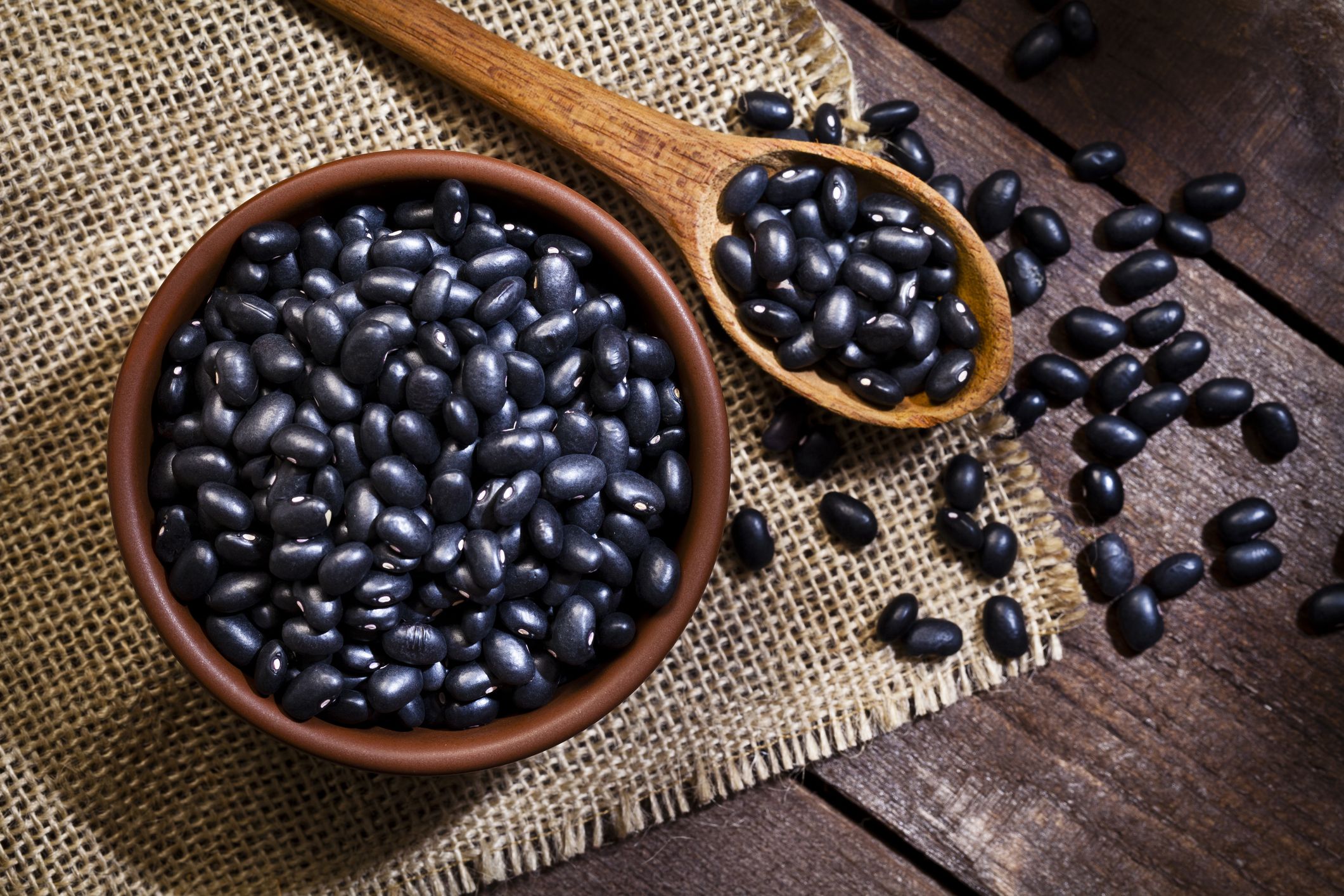 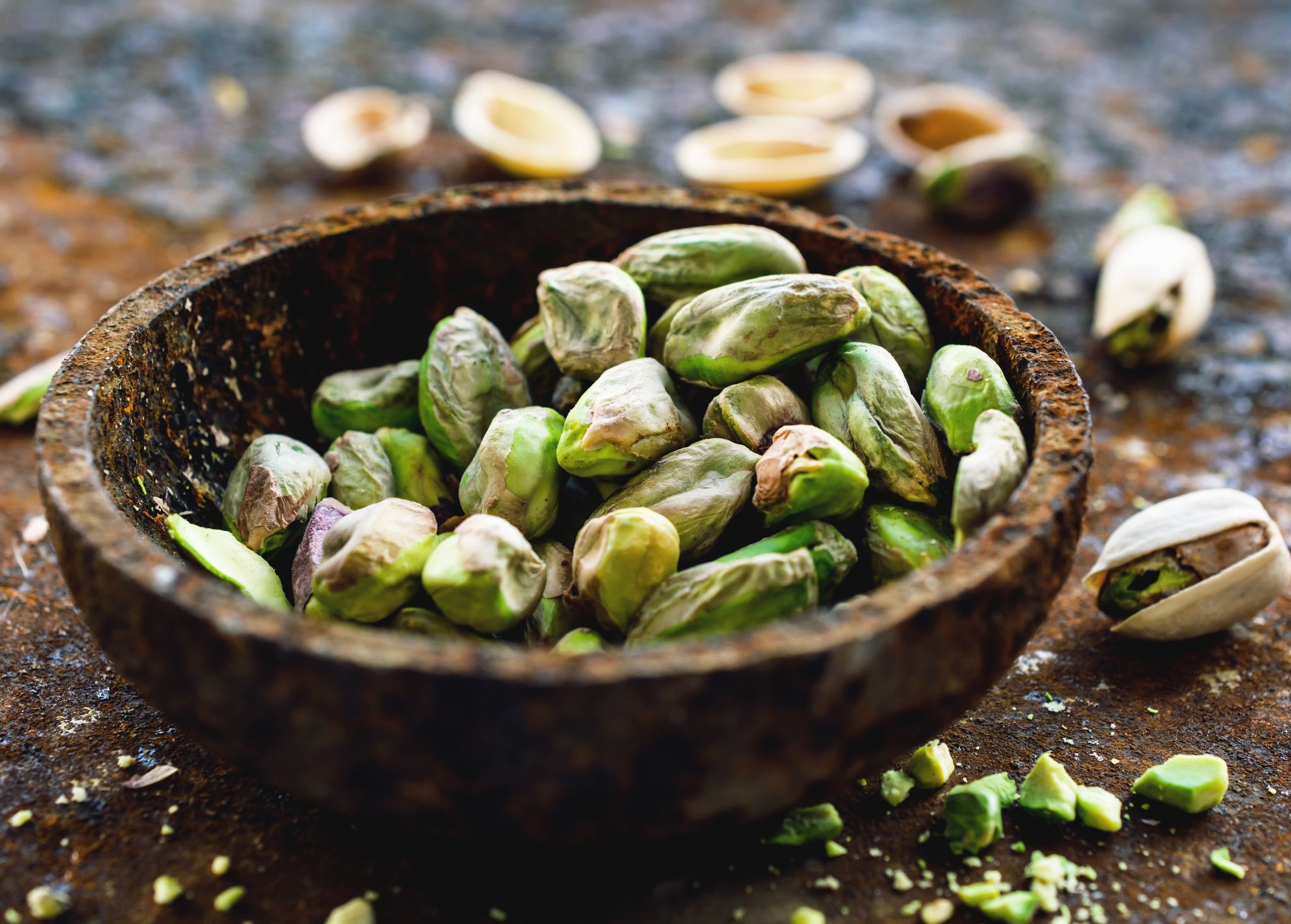 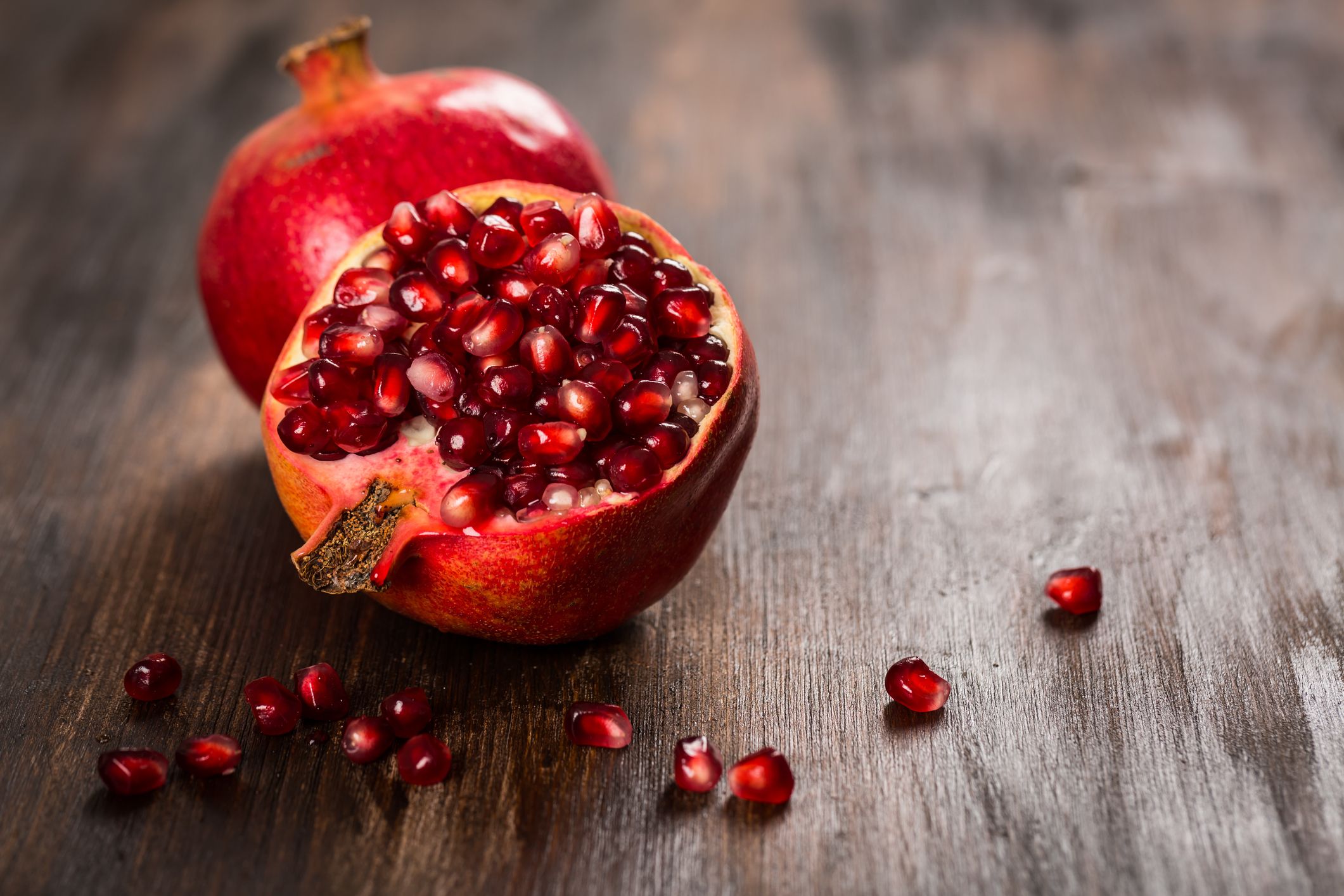 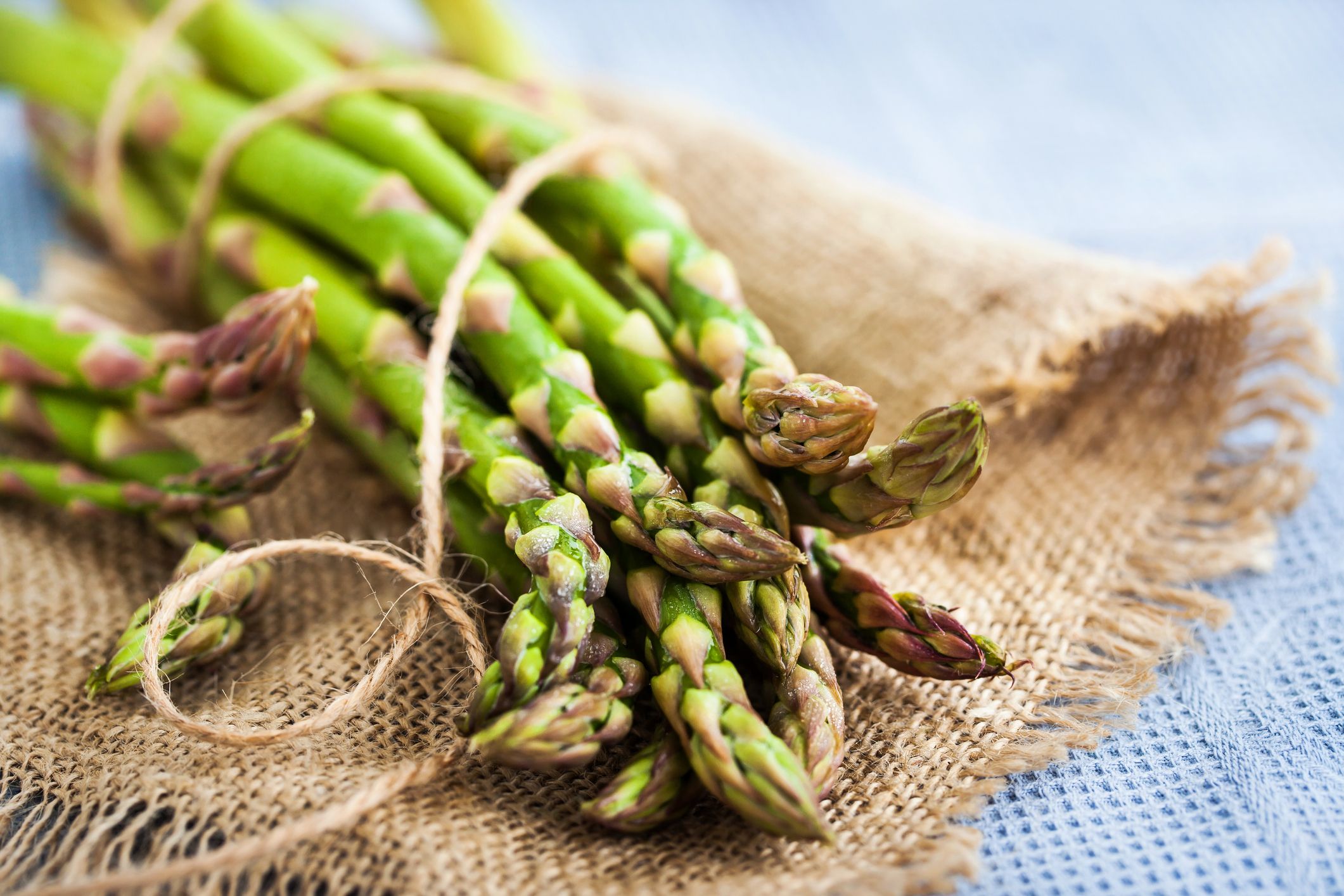 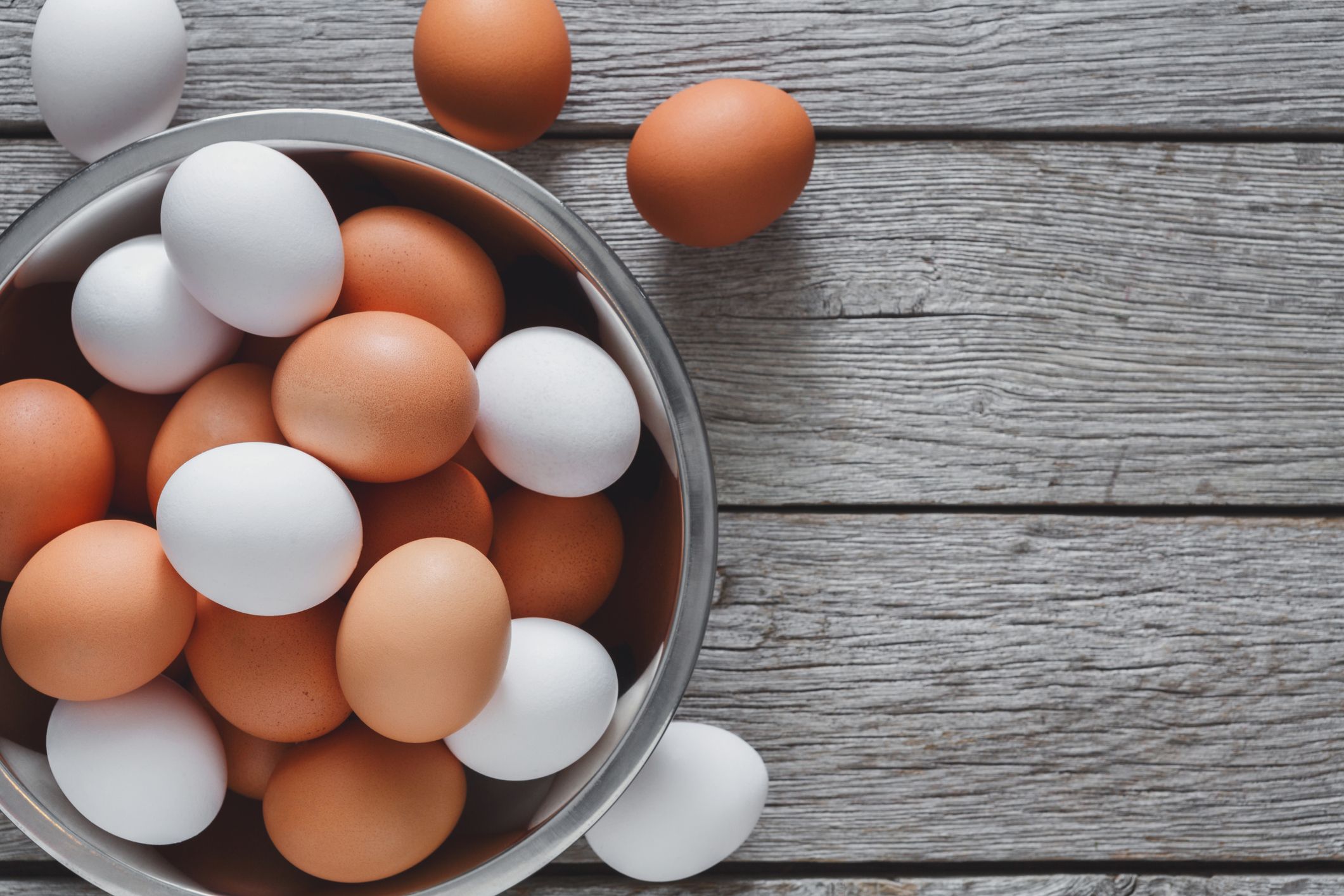 Rich in vitamin K and offering powerful anti-inflammatory and anticancer effects, greens such as kale, collards, bok choy, and broccoli should be mainstays of your diet, according to leading integrative medicine authority Dr Andrew Weil.

Fight inflammation: If you’re not already a big spinach eater, buy one bag from the grocery store with the goal to add it into all of your meals—breakfast, lunch, and dinner, says dietitian Leah Groppo. Think eggs, avo and spinach on sourdough for bekkie, a hearty salad with mixed greens at lunch, and a stir-fry at dinner.

All varieties are healthful, but one study found that black raspberries reduced the incidence of certain cancers in animals by 50%, according to Dr Weil.

Like almonds and other nuts, you should keep an eye on your portion control and stick to 1/2 cup. Since berries have a lot of sugars in them, that could counteract the anti-inflammatory benefits you get from them. “The sugar is going to really ruin everything,” says Dr Li, but only if you’re eating them in excess.

Fight inflammation: “Blueberries can be enjoyed as a stand-alone fruit or mixed with Greek-style yoghurt or in a smoothie,” says Gans. “They also add the perfect amount of sweetness to a bowl of porridge with a drizzle of honey.”

When it comes to fatty fish and their anti-inflammatory response properties, it all comes down to omega-3 fatty acids. “Omega-3s are thought to have anti-inflammatory properties that may help to decrease risk for heart disease, joint pain, and depression,” says Gans.

Fight inflammation: “Salmon can easily be enjoyed for lunch or dinner simply rubbed in olive oil, salt and pepper, a squeeze of fresh lemon, and then grilled or broiled,” says Gans. Try this honey-spiced salmon with quinoa if you’re in need of a super simple recipe. If you can't find salmon, swordfish has even more inflammation-taming omega-3 fatty acids.

Fight inflammation: “Make a fresh ginger tea by cutting up ginger root and letting it soak in a cup of hot water,” says dietitian Keri Glassman, founder of Nutritious Life. Add lemon and honey if you'd like to enhance the flavor.

If you’re already spreading avocado on your toast every morning, you’re doing your body a favour. “Avocado is a good source of monounsaturated fats,” says dietitian Keri Gans. Avocados also contain anti-inflammatory antioxidants, says Gans. This includes vitamins C, A, and E, all of which have been associated with a strengthened immune system, as well as a decreased risk for certain cancers and heart disease.

Plus, says Dr Li, who has done a study on how avocados affect inflammation, they can actually balance out some of the more inflammatory foods you might eat, like hot wings or hamburgers. In her study, Dr Li had some volunteers eat a burger patty by itself, as opposed to another group of volunteers who ate a burger patty paired with half of an avocado.

“To our biggest surprise, adding the half-avocado, even though it’s giving you more kilojoules, decreased the inflammation caused by digesting the burger patty,” she says.

One of the keys to avoiding inflammation is avoiding foods that contain saturated fats. Instead, look for foods that are composed of monounsaturated fats, like almonds, which are also a good source of vitamin E and manganese.

“Monounsaturated fats specifically have been associated with a decrease in inflammation in the body,” says Gans. But another important thing to remember here is that the kilojoules in nuts can add up more quickly than you might realize, so try to stick to just a handful when you’re eating them, says Gans.

Fight inflammation: “Almonds make the perfect on-the-go snack or crunchy topping for a salad instead of croutons,” says Gans.

Fight inflammation: “Black beans can easily be tossed in salads, pasta sauces, or soups to increase their nutritional benefit,” says Gans. This spicy black bean soup is perfect for a cosy night in.

One major marker of chronic inflammation is high blood sugar levels, says Dr Li, but research shows that pistachios can actually help keep that in check. One 2015 study in particular observed the inflammatory effects of eating white bread alone versus eating white bread with pistachios. In spite of the actual calories, adding pistachio to the bread prevented glucose levels from spiking as much as they normally would, says Dr. Li.

Fight inflammation: Eat natural, raw, shelled pistachios as opposed to roasted, salted ones. One recent study found natural pistachios have double the concentration of antioxidants compared to roasted ones.

If you want to get creative, sprinkle 1 cup of watermelon with crushed pistachios and top with torn basil, suggests dietitian Lorraine Kearney.

In a study that Dr Li and her team are currently working on, they’ve found that natural pomegranate juice—as opposed to water with the same amount of sugar in it—has much less of an impact on your blood glucose. “Even though there’s the same amount of sugar, your body responds differently,” says Dr Li. But this doesn’t mean you should glug all the fruity drinks in sight. In fact, sugar—next to saturated fats—is one of the primary causes of chronic inflammation. “Particularly those two in combination, we’re more likely to have a higher degree of inflammation,” says Dr Li. The key is to have anything naturally sugary in moderation, including pomegranate juice.

Fight inflammation: Pomegranate seeds are actually more nutritious and have a higher bioavailability of antioxidants, meaning your body will have an easier time absorbing them, explains Kearney. Simply add the seeds to a Greek yoghurt or toss them onto your salad, she says.

Another buzz term we’ve all heard lately is “gut health.” And just like it influences most everything else in your body, gut health can also impact inflammation and your body’s response to it.

Prebiotics (a fermentable fibre that we can’t digest in our stomach) are ultimately what feed the good bacteria in our bodies, says Dr Li. They come in lots of different forms, but anti-inflammatory vegetables like asparagus or leeks are your best bet. Challenge yourself to get as much colour on your plate as possible when it comes to vegetables, since those are ultimately what keep your inflammatory response and your gut microbiomes healthy, says Dr. Li.

Fight inflammation: Eat a combination of cooked and raw prebiotic vegetables. “Because a lot of nutrients are not available to humans if you just eat it raw,” says Dr Li. “But meanwhile, as we cook, we miss some vitamins. So the best is combination.”

If you’re looking for an anti-inflammatory food that’s more animal-based, try incorporating egg whites into your diet, which have plenty of immunity-protecting properties to aid in anti-inflammation, according to a review of research published in Nutrients. Plus, they don’t cause much damage during digestion themselves. “Egg whites, in particular, are pretty neutral, so they will not cause a huge inflammation,” says Dr Li.

I have read and accept the privacy policy and terms and conditions and by submitting my email address I agree to receive the Prevention newsletter and special offers on behalf of Prevention, nextmedia and its valued partners. We will not share your details with third parties, and will only share delivery information in the event of you being a prize winner.
This article originally appeared on prevention.com
© prevention.com
First published: 1 Mar 2021
Tags:  eatingfoodhealthhealthynutritionnutrition/wellness