6 Food Swaps To Beat Bloat While You’re On Holiday 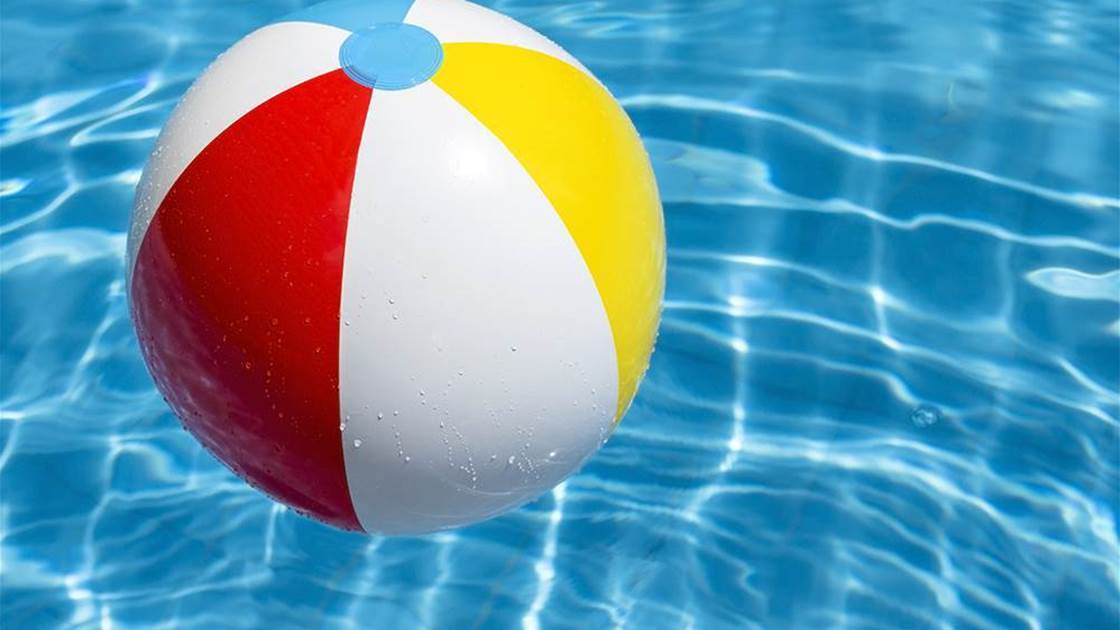 The last thing you want when you're hitting the pool, heading to the beach or relaxing really hard in a resort lounge chair is to feel like you're carrying around a balloon in your abdomen. But sometimes that's exactly what happens, despite loyally devoting yourself to abtastic workouts. What gives?

"Narrowing in on the exact reason for your bloat can be tricky, whether it's dehydration or your menstruation cycle," says dietitian Stephanie Middleberg. But often what you're eating is the culprit. The upshot: By nixing certain foods in favour of others, you can easily deflate your midsection and feel slimmer by tomorrow. Here are the foods you should toss out — and belly-friendly alternatives to invite into your diet. 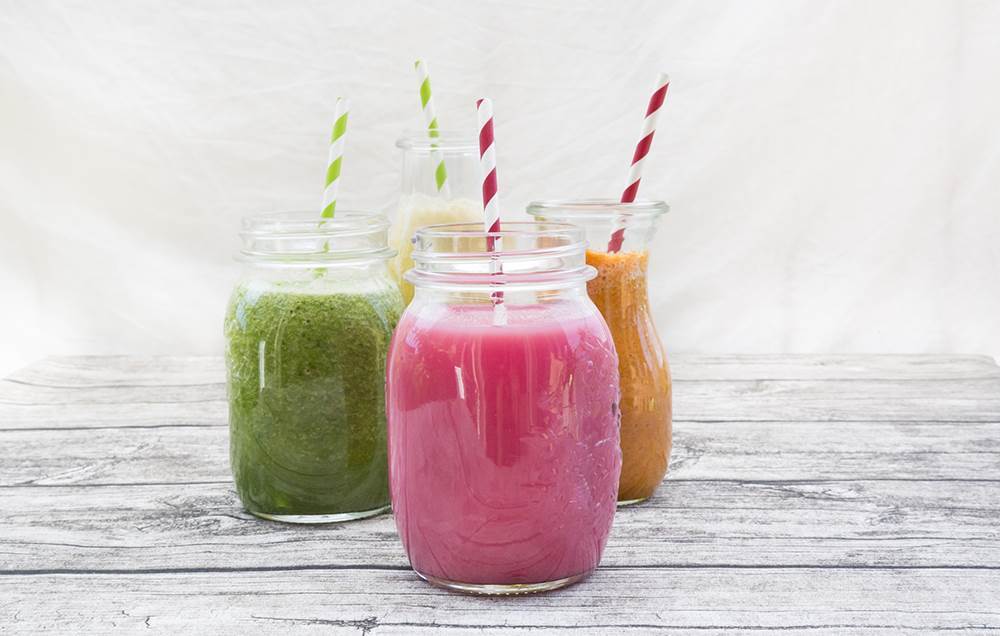 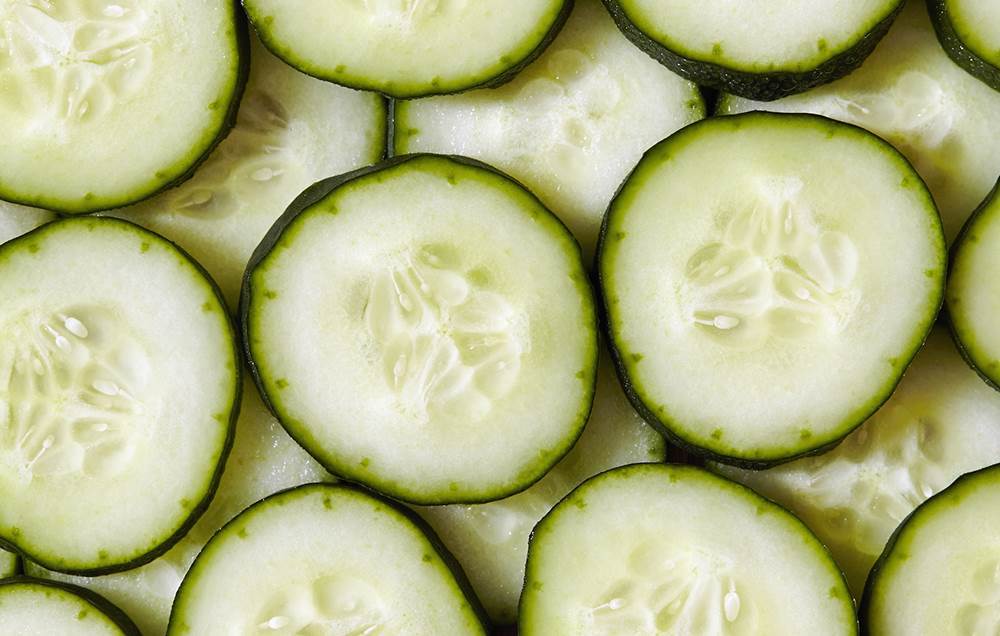 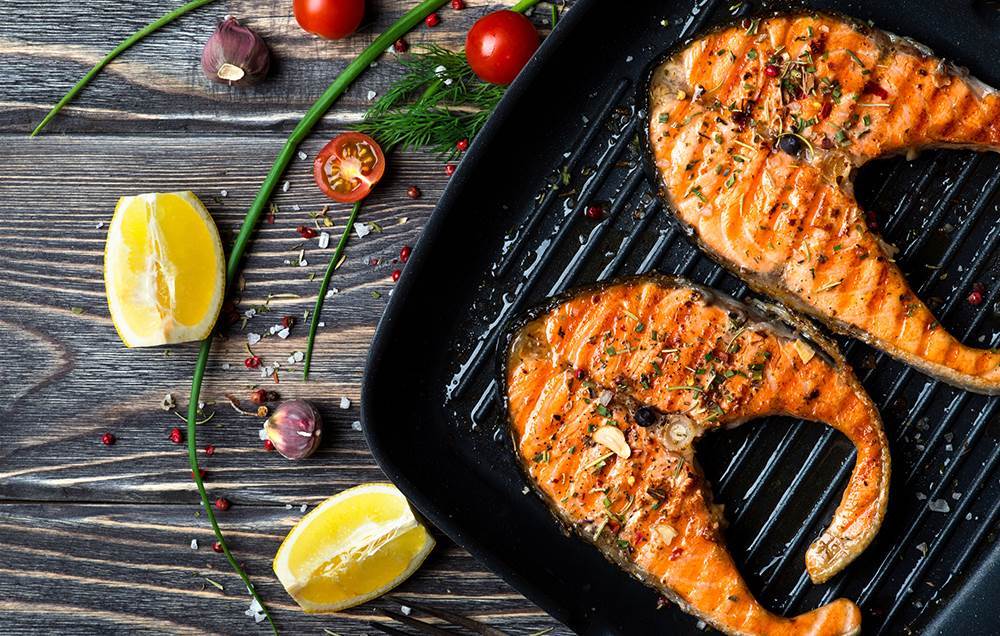 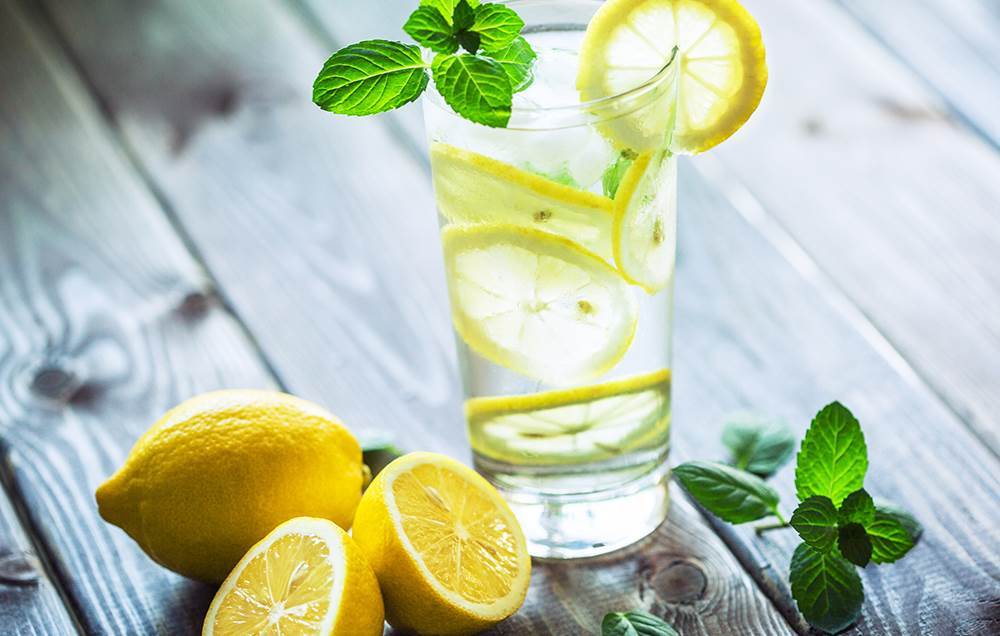 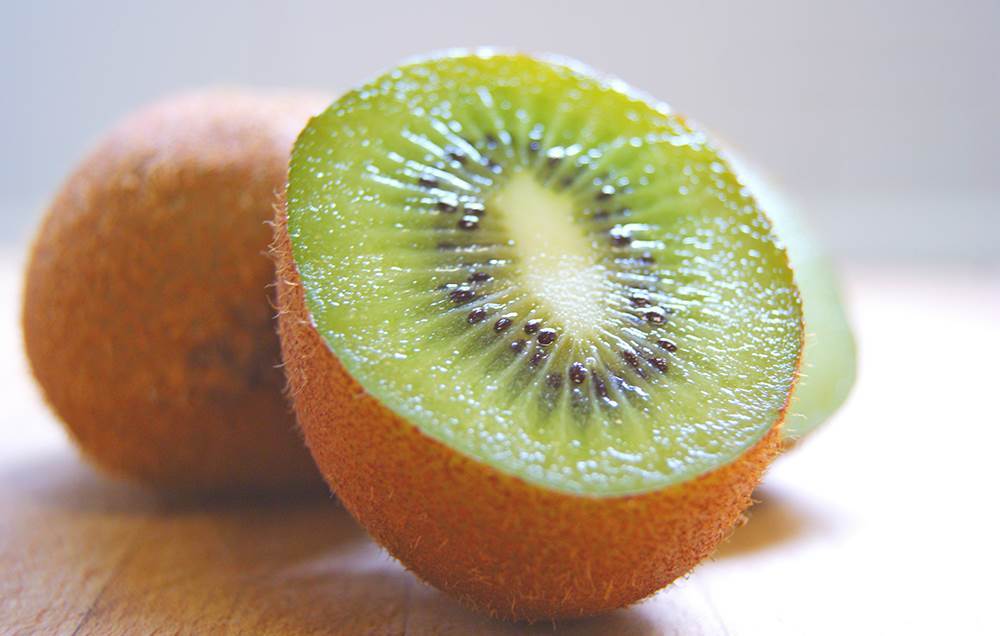 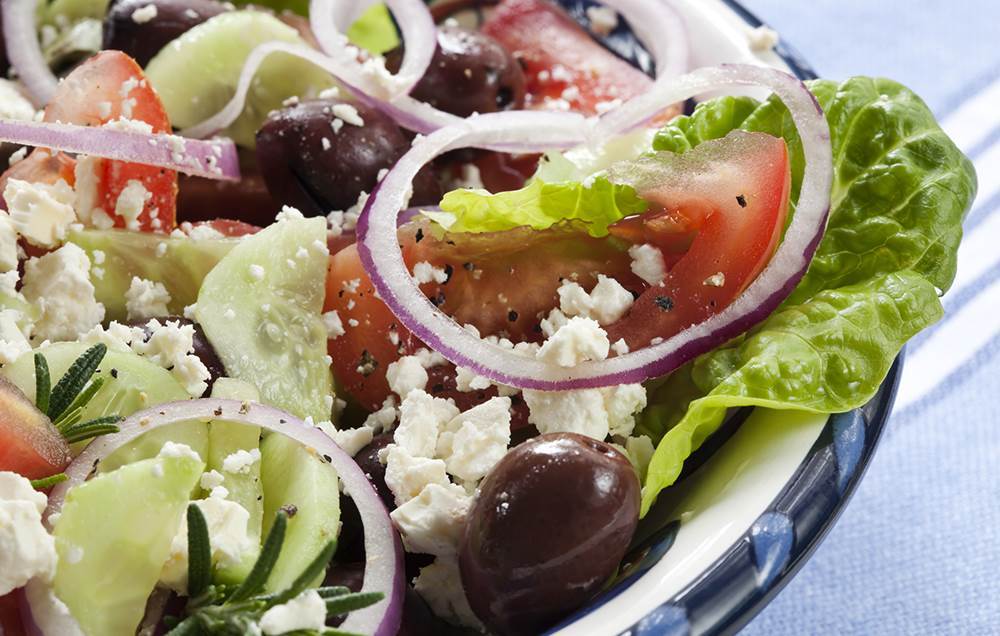 Out: Ice cream or frozen yoghurt
In: Non-dairy smoothies

While dairy can be highly nutritious and an excellent source of protein and calcium, many people don't realise they have issues with breaking down lactose, aka the sugar found in the milk. If you're among the sensitive crowd, the undigested lactose will travel into your colon, where bacteria break it down. "That produces gas, which causes the stomach to distend," says nutritionist Janis Jibrin.

Even if you're not lactose intolerant, Middleberg suggests looking for ways to cut down on dairy. "Since we tend to overdo it—milk in our morning coffee, yoghurt for breakfast, cheese on our sandwiches—we should try to avoid it during snack time," she says.

While everyone loves ice cream, especially while on holiday, Middleberg suggests forgoing it in favour of a stop at a smoothie shop, where you can order a smoothie loaded with frozen bananas, strawberries and one or two tablespoons of your favourite nut milk, like almond milk. If you've got a blender handy, you can even whip this up yourself. "Just put it into the blender until it's smooth," says Middleberg. In addition to being dairy-free, this "nice cream" packs plenty of potassium, which helps offset sodium's effects on water retention.

Out: Crackers and bread
In: Cucumbers

Whether or not you have an allergy to wheat or gluten, too much of either may cause a serious case of bloat. So instead of munching on crackers along with your soup or diving into the bread basket, Middleberg suggests asking your waiter for sliced cucumbers, which pack an even more satisfying crunch than crackers. (They also go nicely with dips, and you can use slices as "bread" when ordering a sandwich.)

Cucumbers act as diuretics, helping you shed excess fluid, says Middleberg, and they also contain quercetin, an antioxidant that reduces swelling. Bonus: They're super low in kilojoules (just 66 per cup) and contain several antioxidants, including vitamin C, beta carotene and manganese. They also have triterpenes (which may reduce inflammation) and lignans (which may protect against cancer).

Out: Barbecued sausages
In: Fish or chicken

Processed meats, including sausages, are loaded with sodium, which will quickly puff you up. "Try to stick to meats that are natural, like chicken or veal, and fish," says dietitian Ilyse Schapiro.

If a burger or steak is on the menu and you can't resist, Schapiro recommends skipping the bun, eating your portion and waiting until you're done to indulge in that mashed potato or other starchy side. "When you mix heavy starches and heavy proteins your food won't properly break down, so you'll end up with a lot of gas and bloating," she says.

Fruity soda water is majorly trending these days, but beware. "These drinks release carbon dioxide gas—the "bubbles"—which accumulates in your belly," says Jibrin. Too much of the bubbly beverage might also be bad for you in other ways. "There's some concern that fruit-flavoured carbonated drinks erode tooth enamel," Jibrin says.

If plain water is too boring for you, opt for a veggie- or fruit-flavoured still water, recommends holistic nutritionist Kelly LeVeque. Almost every restaurant has lemon or lime wedges on hand. If you're DIYing it or at a bar with an amenable bartender, you can also add in mint leaves, cucumbers or pieces of fresh fruit.

Out: Watermelon
In: Kiwi fruit

The ultimate summer treat is sweet and refreshing, but like most fruit, watermelon is high in fructose, a naturally-occurring sugar. In excess, fructose may not be completely absorbed by your GI system, leading to gas. Kiwi might be a better option. Research has found this green fruit contains actinidin, a natural enzyme that helps digest protein and prevents bloating. Plus kiwi fruit is a great source of fibre, which goes a long way in helping to keep you regular.

Out: Bean salad
In: Greek salad

If you don't usually eat a tonne of beans, it's probably best to skip over that bean salad on your summer holiday buffet. "Beans are a great meat substitute, but they're high in fibre and water so they can make you gassy," says nutritionist Dr Melina Jampolis. Beans also contain indigestible sugars called oligosaccharides, which can be hard to break down and leave you feeling extra bloated.

What to choose instead? Jampolis suggests filling your plate with Greek salad, especially the cucumbers and tomatoes. They're loaded with water to help flush out any extra salt you've consumed—but you should still go easy on the feta.

I have read and accept the privacy policy and terms and conditions and by submitting my email address I agree to receive the Prevention newsletter and special offers on behalf of Prevention, nextmedia and its valued partners. We will not share your details with third parties, and will only share delivery information in the event of you being a prize winner.
This article originally appeared on prevention.com
© prevention.com
First published: 9 Dec 2019
Tags:  bloatingfoodfood for weight lossholidays

5 pilates exercises to ease and prevent back pain 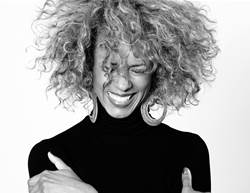 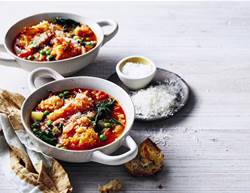 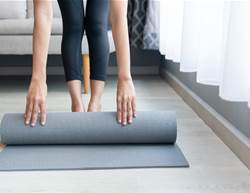 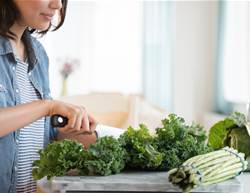