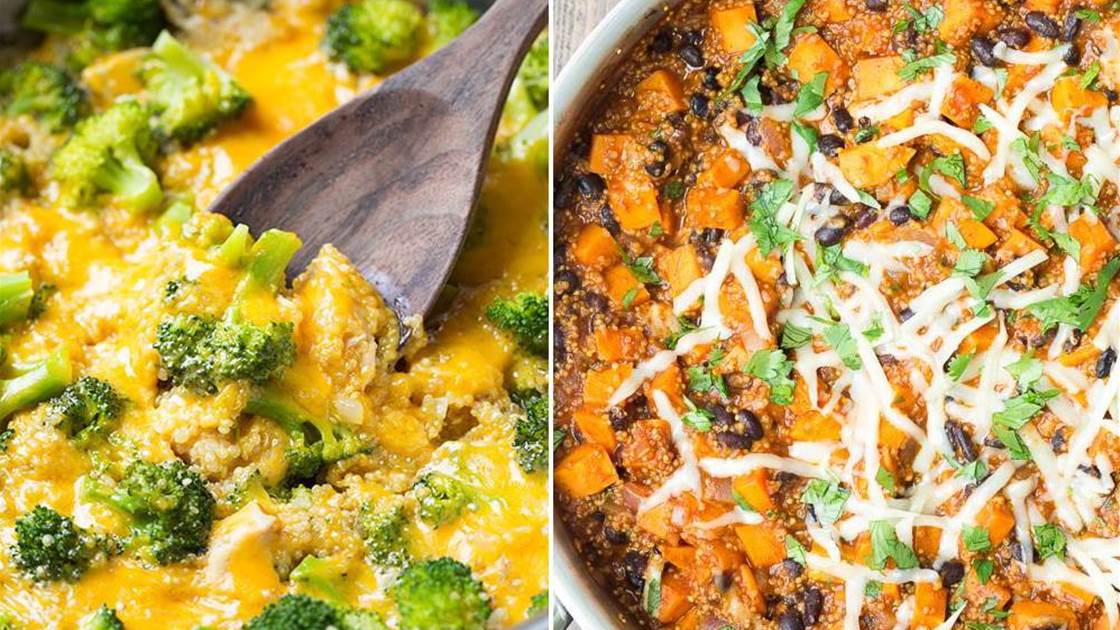 Soups, skillet meals and other one-pot dinners you'll actually be excited to make.

If you want a dinner that’s fast and includes a whole grain, make quinoa your go-to.

Grains like brown rice barley take 45 minutes to a full hour to cook. Not so for quinoa, which is ready in 20 minutes flat. It also packs more protein than any of its slower-cooking counterparts—around 8 grams per cooked cup. So having more of it at mealtime really is a no-brainer.

But we’re not just talking about having a side of plain quinoa. Nope, you can work this tasty wonder grain into all kinds of recipes—including these easy, one-pot dinners that are ready in just 30 minutes. 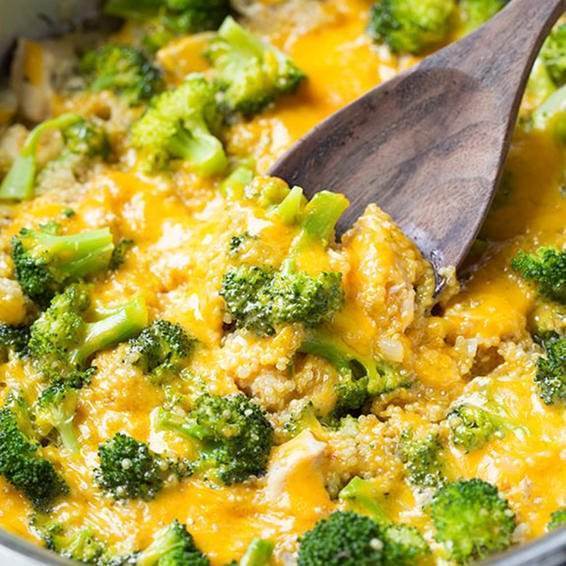 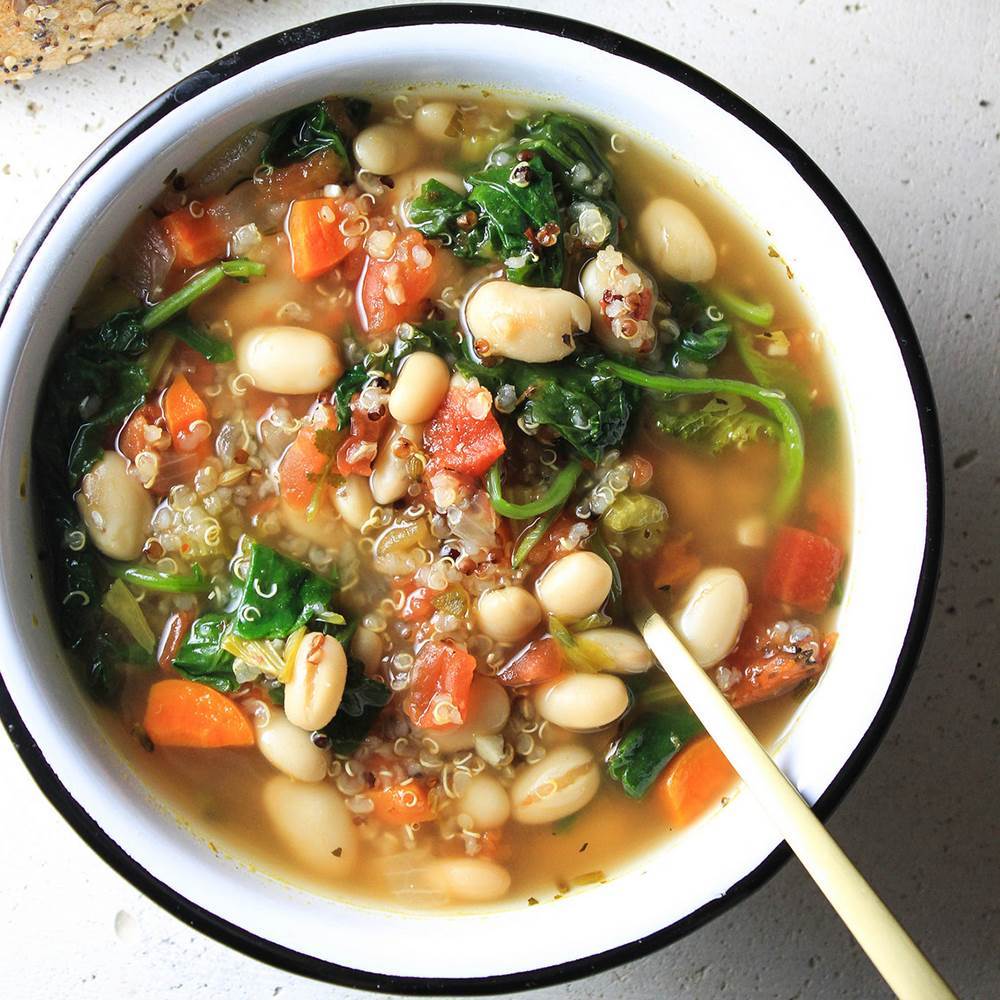 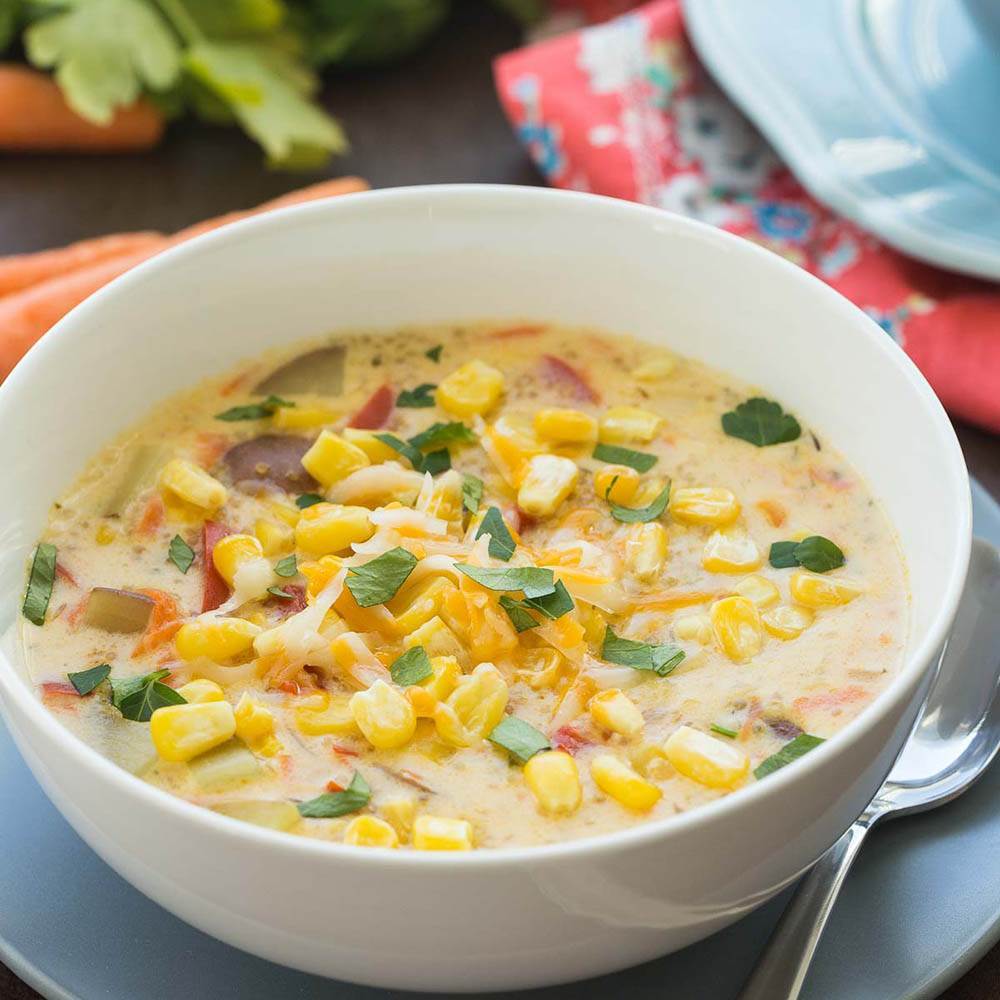 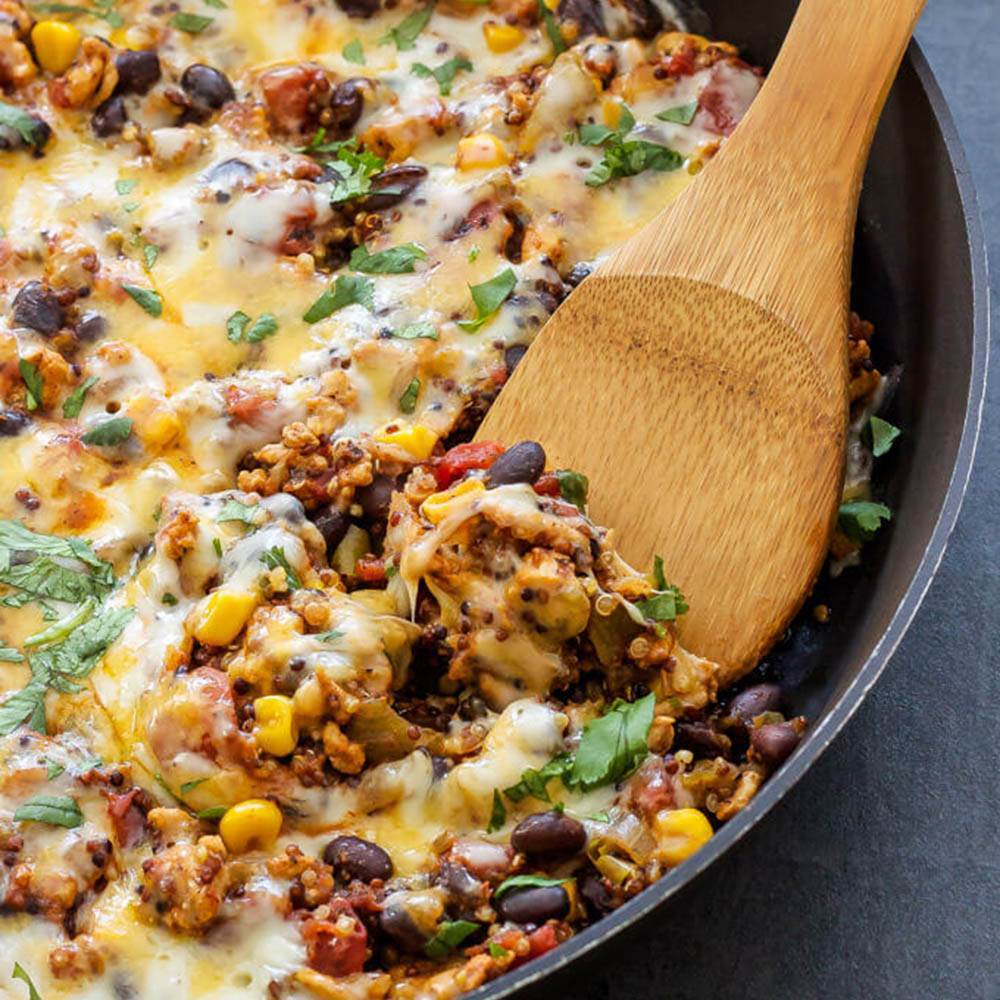 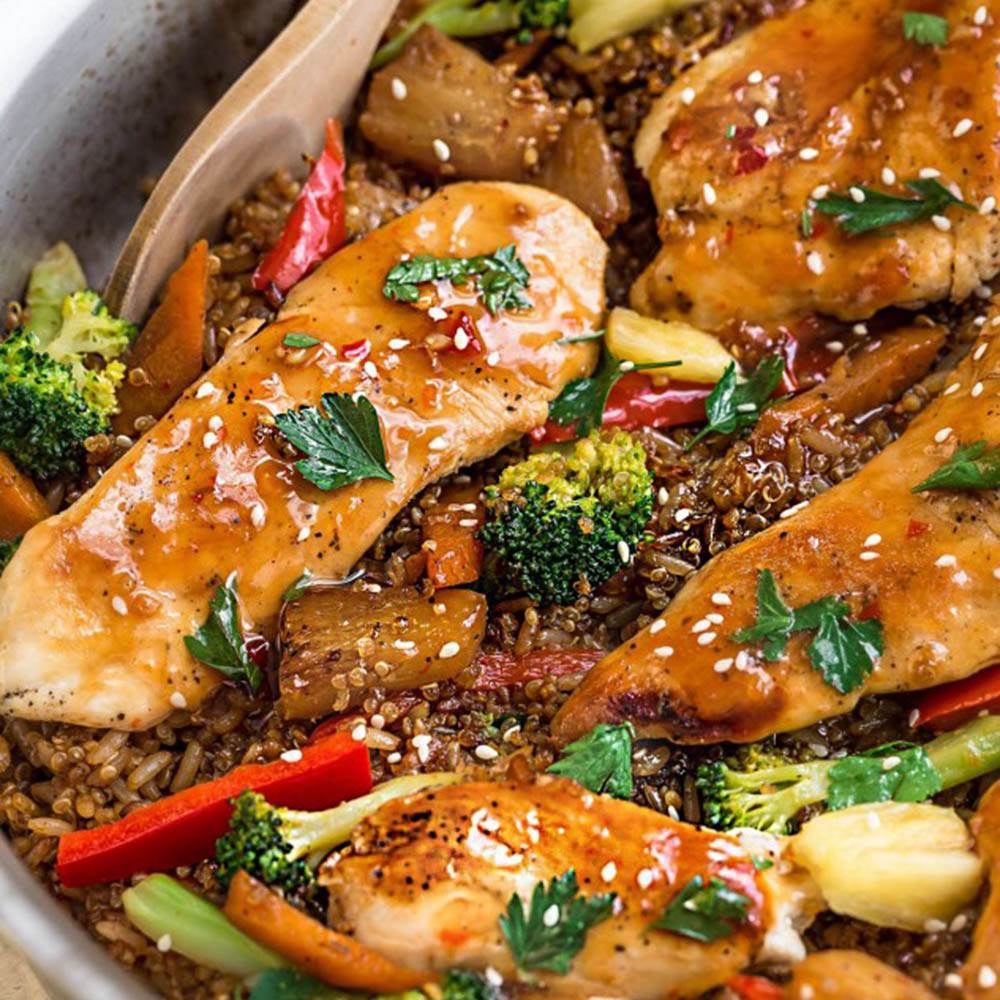 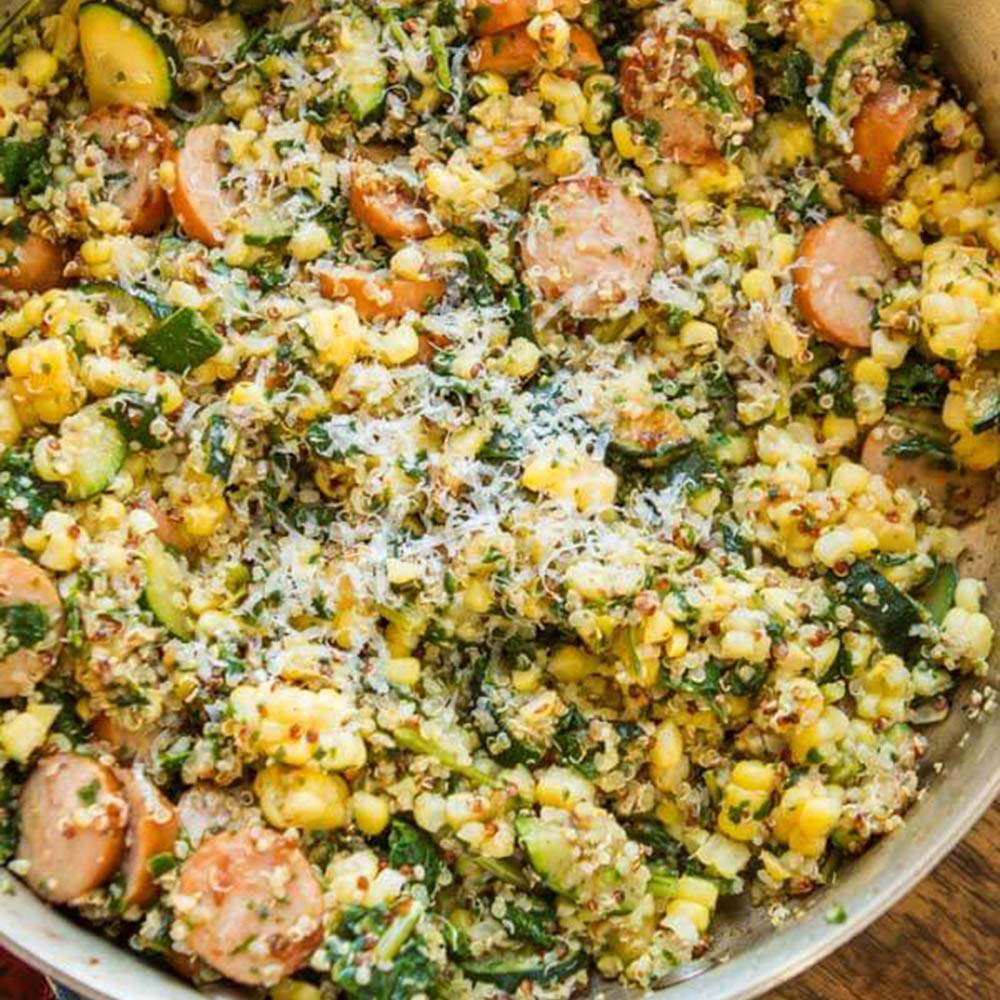 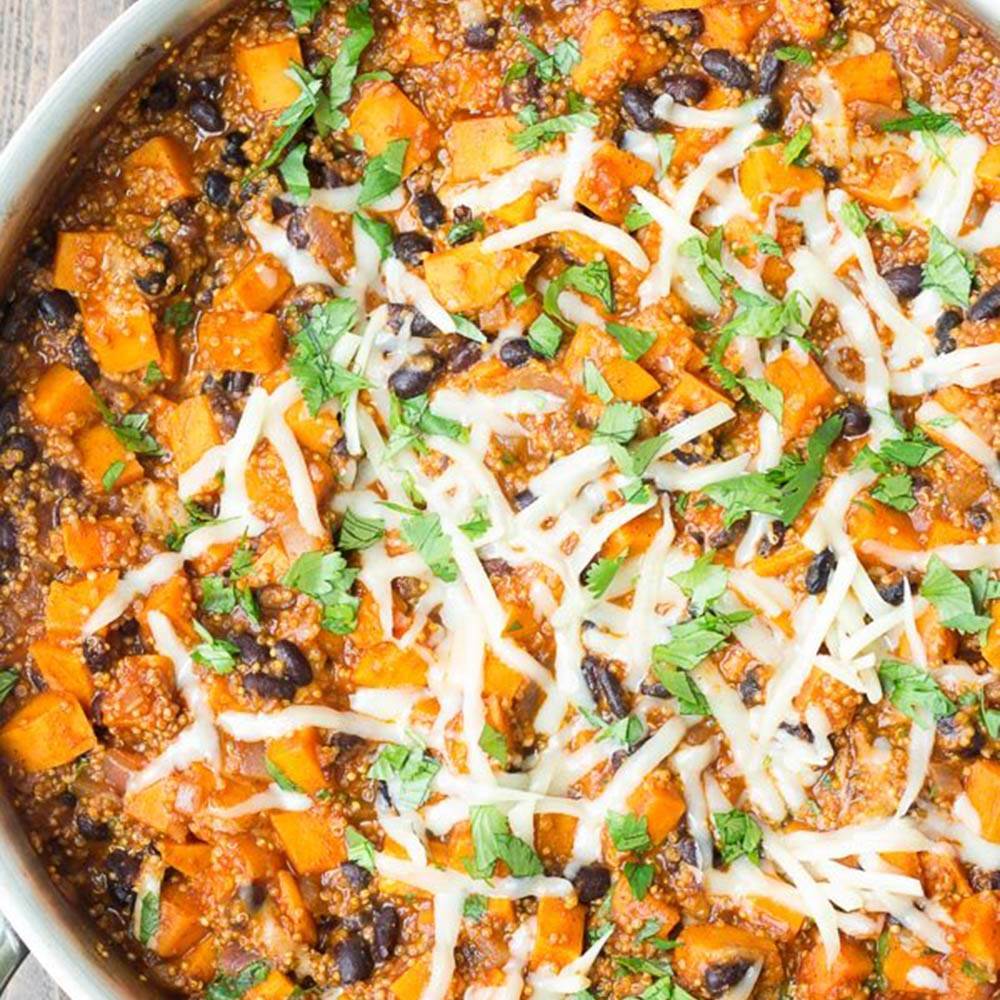 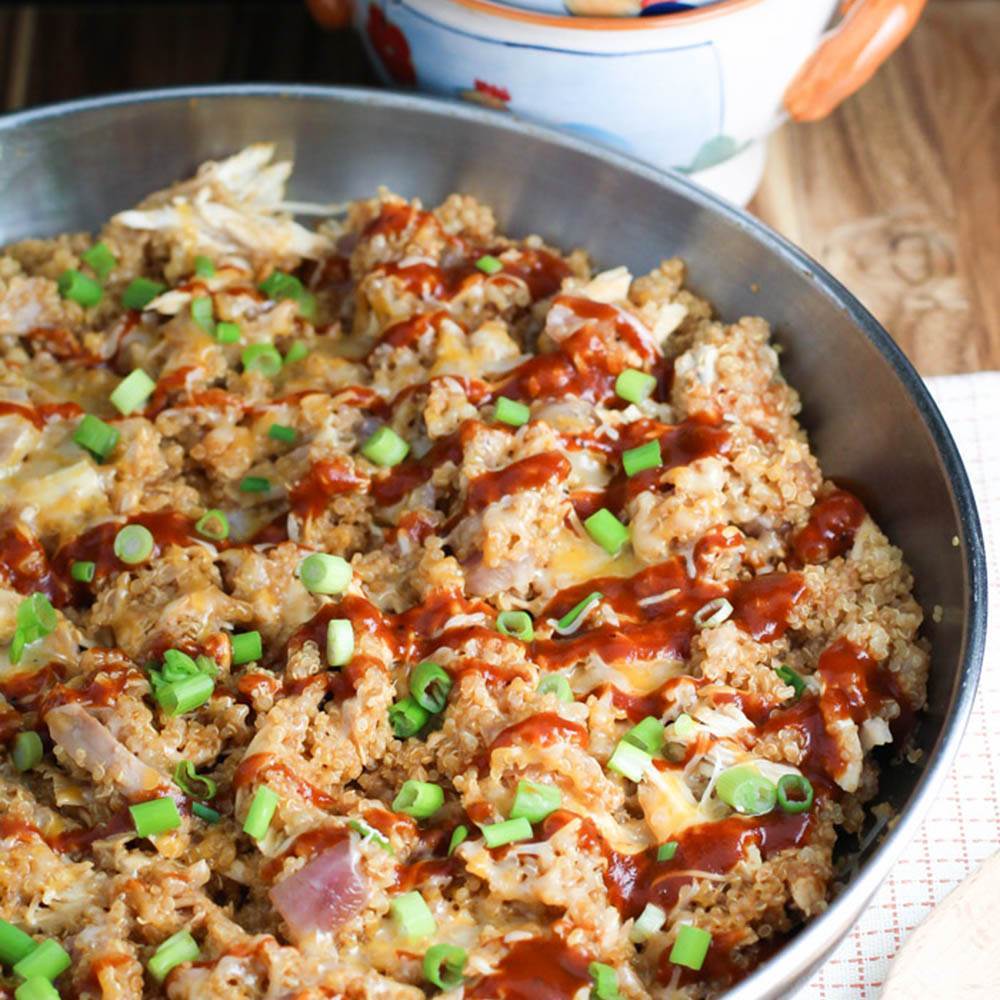 On the hunt for a no-fuss crowd-pleaser that you can throw together at a moment’s notice? Jaclyn from Cooking Classy has the answer. This skillet tastes like a classic cheesy casserole, so even picky eaters will give it a thumbs up. And because it uses simple ingredients like chicken breast, broccoli florets (frozen works!), quinoa, shredded cheese and chicken stock, you’ll almost always have what you need on hand to make this delicious dish.

This recipe is proof that you don’t need hours to make a mouthwatering soup. Simple Veganista's quinoa and white bean stew relies on a base of aromatic veggies like onion, carrots, celery and garlic, fire-roasted tomatoes, and punchy herbs de Provence. The result? Maximum flavour and loads of nutrition, prepared in a minimal amount of time.

Photograph courtesy of The Recipe Rebel

Warm and hearty yet chock-full of sweet corn, this is what you want to make when the farmers market is still at its peak—but the evenings are starting to turn cool. (In other words, right now.) Ashley from The Recipe Rebel adds quinoa and white beans to bump up the protein content of her veggie- and spice-filled soup, making this a satisfying meal-in-a-bowl. For an extra kick, try finishing off the chowder with a squeeze of fresh lime juice.

Photograph courtesy of Spoonful of Flavor

Taco night is fun because everyone gets to assemble their own meals. But prepping the filling and toppings and putting them all in their own little serving vessels can leave you with a ton of cleanup. The fix? This one-and-done skillet from Ashley of Spoonful of Flavor. With ground turkey, black beans, veggies and cheese, it’s got all the Tex-Mex flavours you’re looking for. And thanks to the quinoa, you don’t even need tortillas.

Photograph courtesy of Life Made Sweeter

Kelly from Life Made Sweeter uses a blend of brown rice and quinoa in this spicy-sweet, Asian-inspired dish. But you can totally keep things simple (and shave down the cooking time) by just sticking to quinoa. While you’re at it, feel free to make other swaps based on what you have around. Try cauliflower or asparagus instead of the broccoli, or thick slices of pan-seared tofu or tempeh in place of the chicken.

Husband and wife duo Carrian and Cade of Oh, Sweet Basil are always looking for fast, easy dinner ideas for their three kids. Which is how this super fast, hearty skillet came about. The combo of corn and sliced chicken sausage strikes a sweet-salty note that’s super satisfying. And using pre-cooked, packaged frozen quinoa means that dinner will be ready in 10 minutes flat.

Stuff it into tortillas, scoop it up with tortilla chips, or spoon it into a bowl and top it with sliced avocado. No matter how you serve it, this black bean, sweet potato and quinoa skillet from Kristine’s Kitchen Blog is delicious. In part, that’s because Kristine adds cumin, chile powder and tomato sauce to the quinoa mixture while it simmers. That infuses the grains and beans with tons of extra flavour—with hardly any extra effort or excess kiljoules.

Photograph courtesy of The Weary Chef

Tasty BBQ doesn’t have to take forever, folks. Andi from The Weary Chef uses store-bought barbecue sauce to liven up a simple chicken and quinoa skillet—and it’s ready in just 25 minutes. Just be sure to seek out a low-sugar BBQ sauce to keep the total amount of the sweet stuff in check. Options with 7 grams sugar or less per 2-tablespoon serving are best.

I have read and accept the privacy policy and terms and conditions and by submitting my email address I agree to receive the Prevention newsletter and special offers on behalf of Prevention, nextmedia and its valued partners. We will not share your details with third parties, and will only share delivery information in the event of you being a prize winner.
This article originally appeared on prevention.com
© prevention.com
First published: 29 Sep 2017
Tags:  easy dinner recipesone-pot wonderrecipes