8 signs you’re not getting enough zinc In addition to keeping your immune system in tip top shape, zinc is an essential mineral your cells need to keep your whole body running smoothly, especially when it comes to your metabolism, growth, and senses.

Good news: You’re probably loading up on plenty of zinc through the foods you eat, and true zinc deficiency is uncommon in Australia. Beef and poultry are often the primary source of zinc in a diet but other good sources include beans, nuts, certain types of seafood, and fortified dairy products. People who struggle with eating disorders, alcoholism, and digestive diseases are most at risk for a true zinc deficiency, explains dietitian Jessica Crandall. Symptoms can be severe, and may include diarrhoea, hair loss, loss of appetite, and eye and skin lesions.

Zinc inadequacy, on the other hand, is more common. It shows up most often in adults over the age of 60, but you may also fall short on zinc if you stick to a mostly plant-based diet, says oncologist Dr Ananda Prasad. Compared to animal proteins, plant-based foods can contain less zinc. Plus, whole grains and some legumes contain compounds that make it harder for your body to fully absorb zinc, says Dr Prasad. That’s a problem, since your body doesn’t store zinc like it does with other vitamins and minerals. 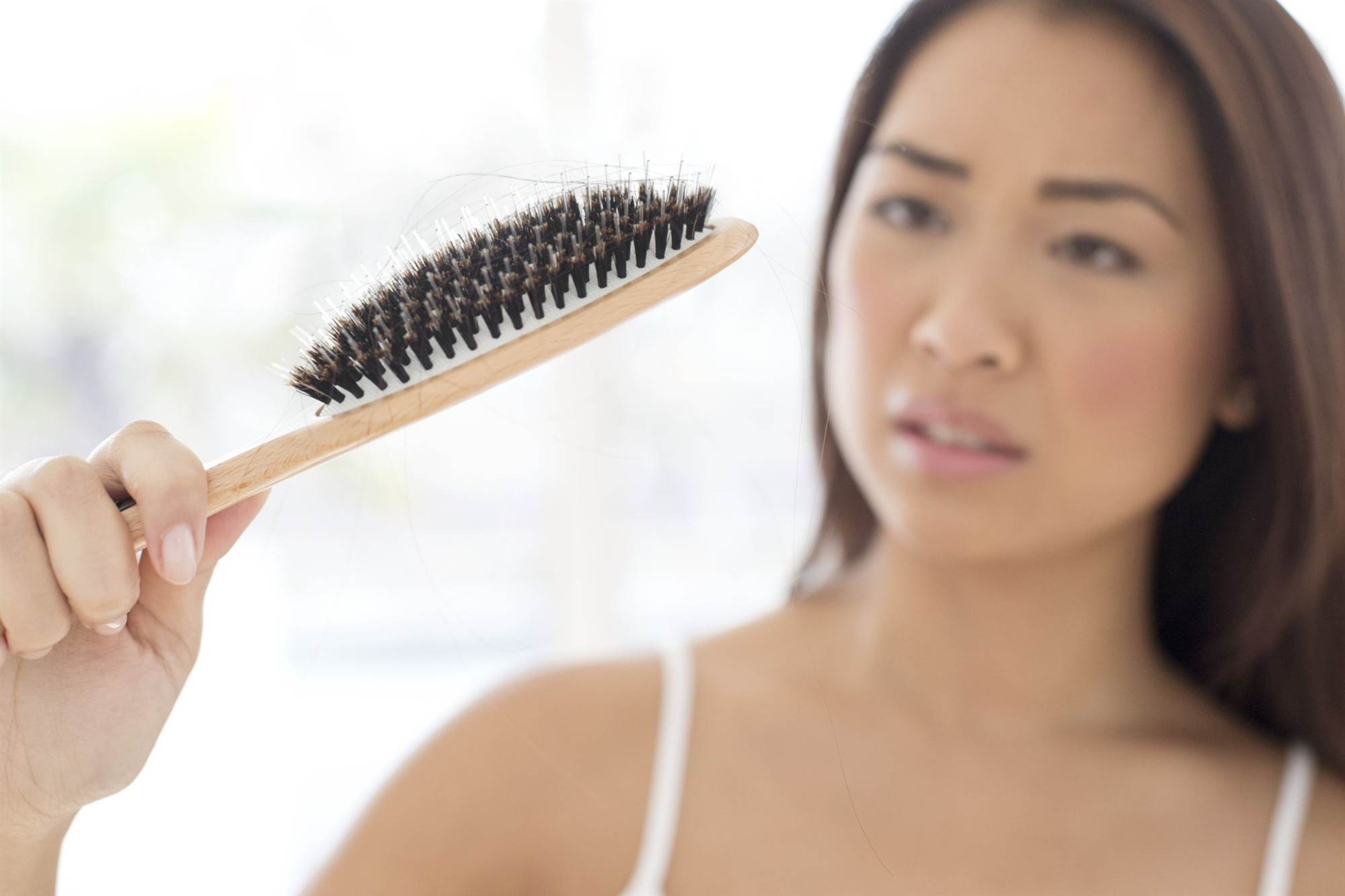 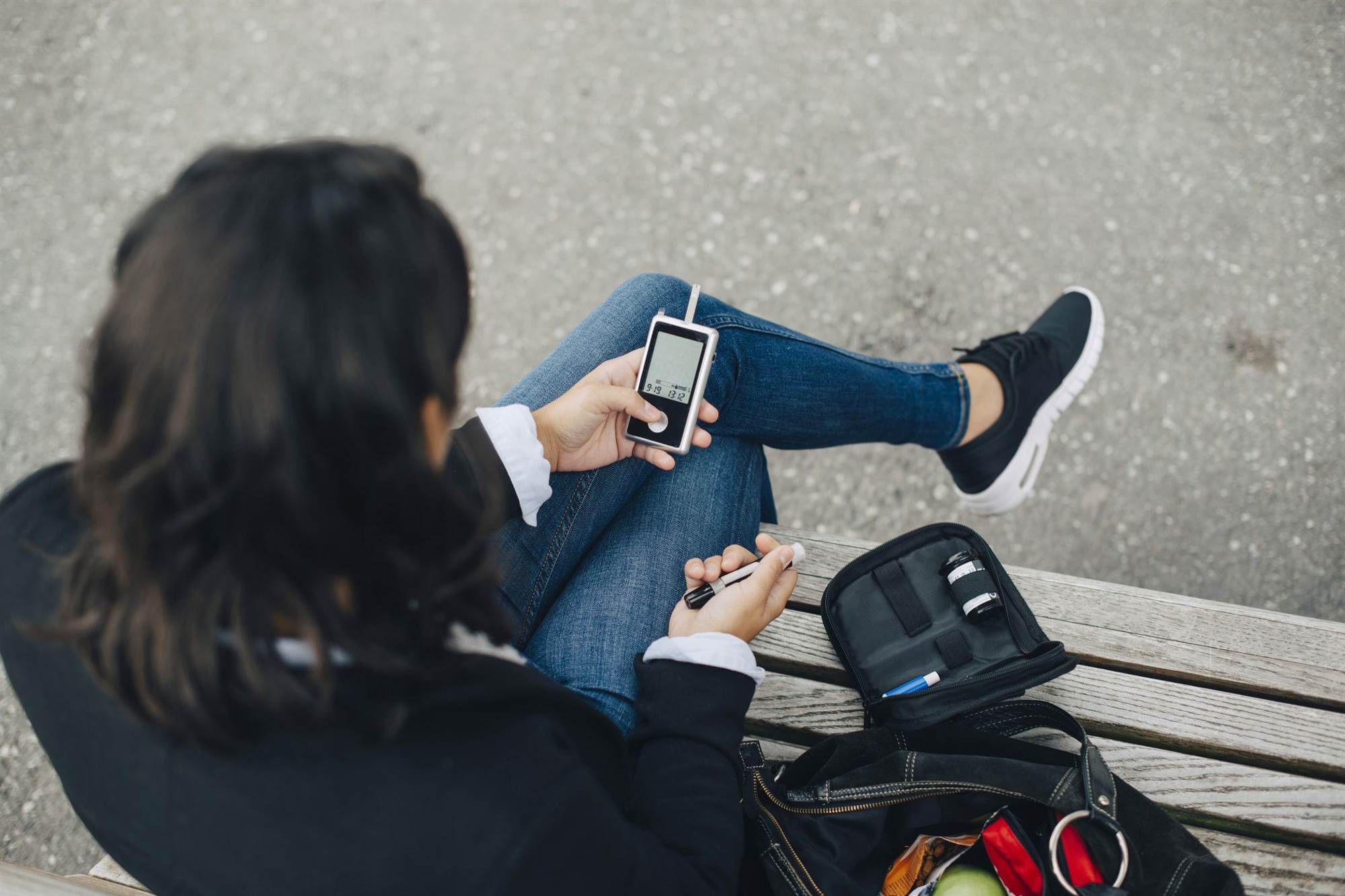 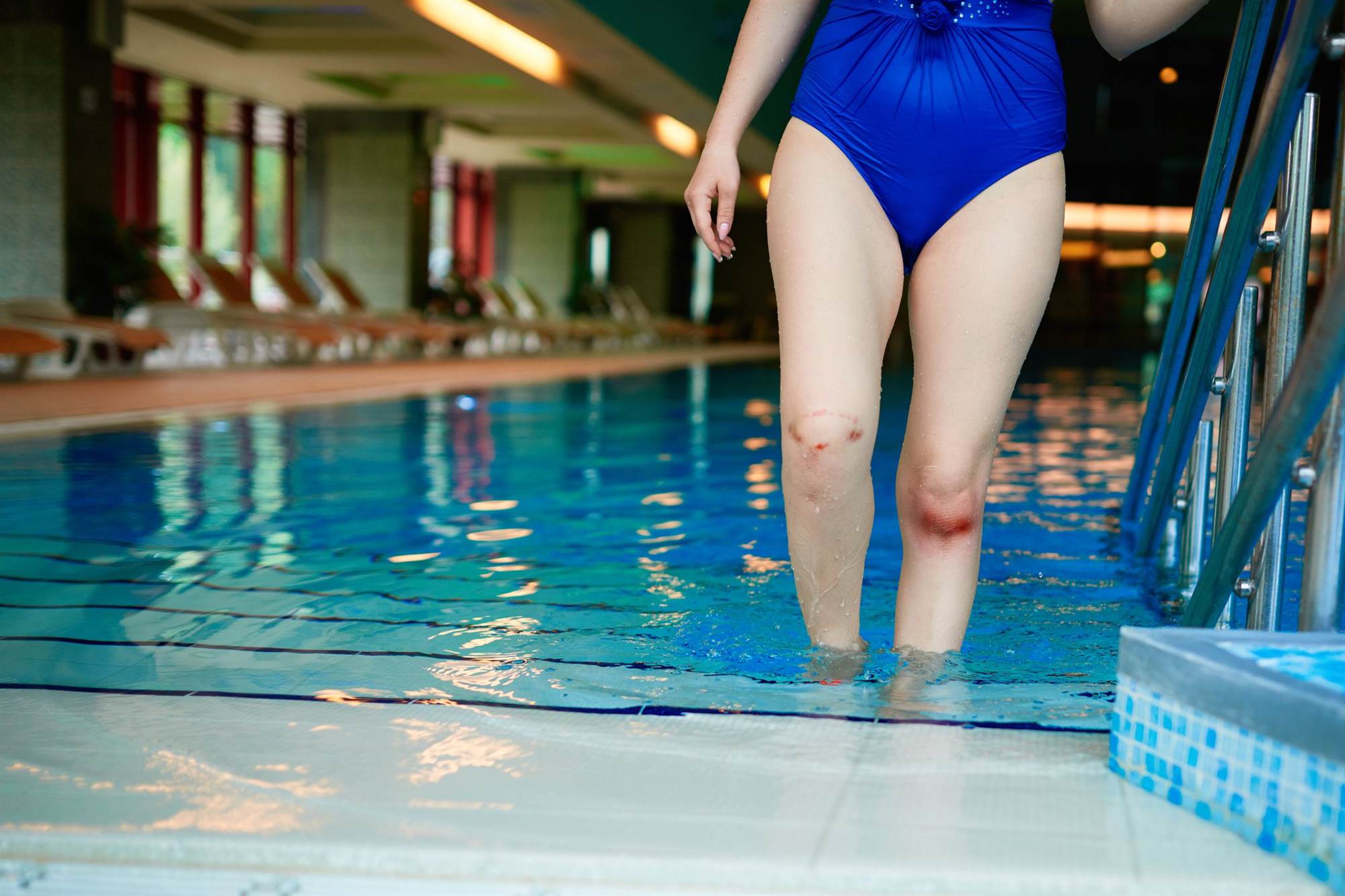 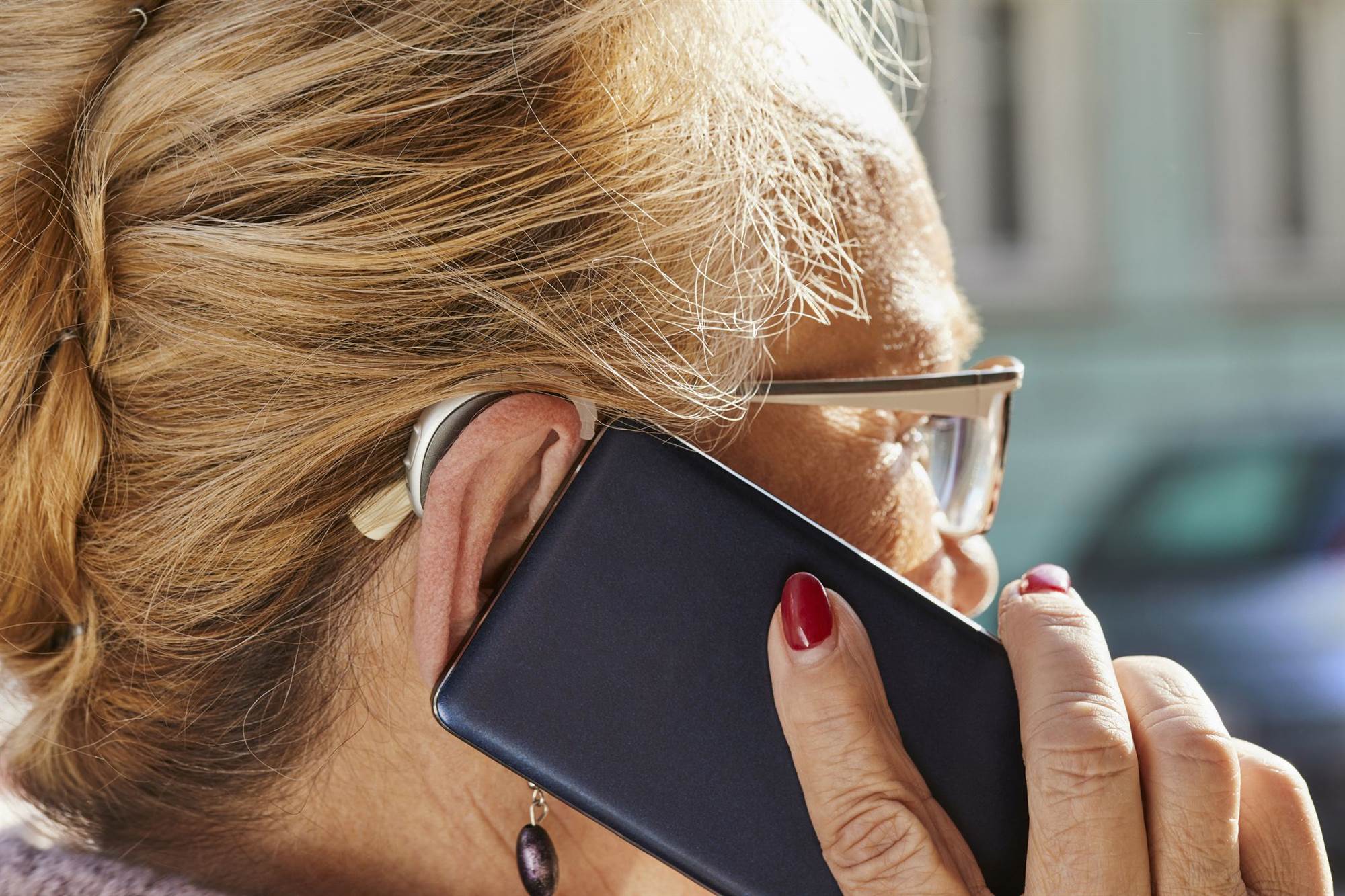 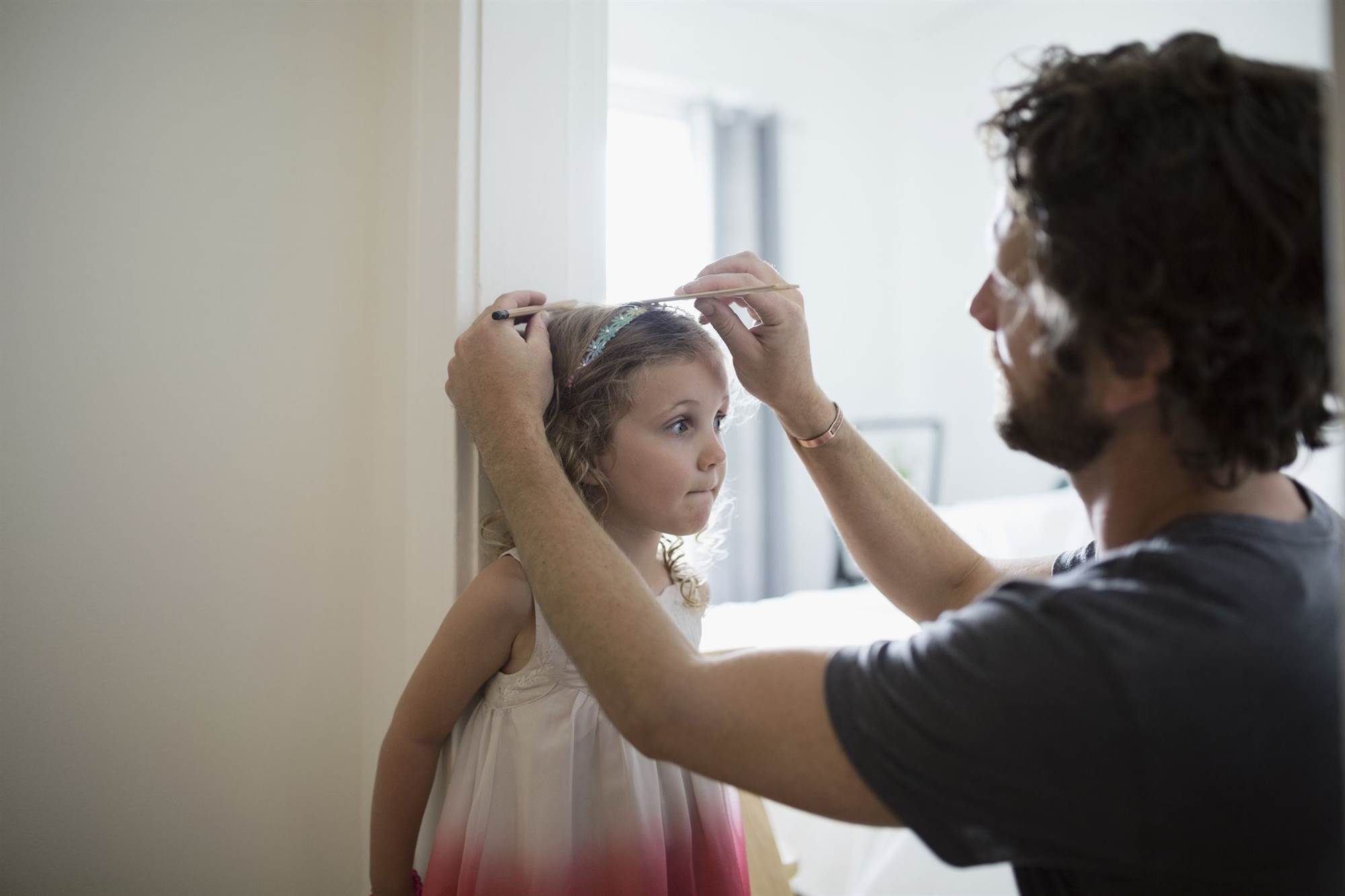 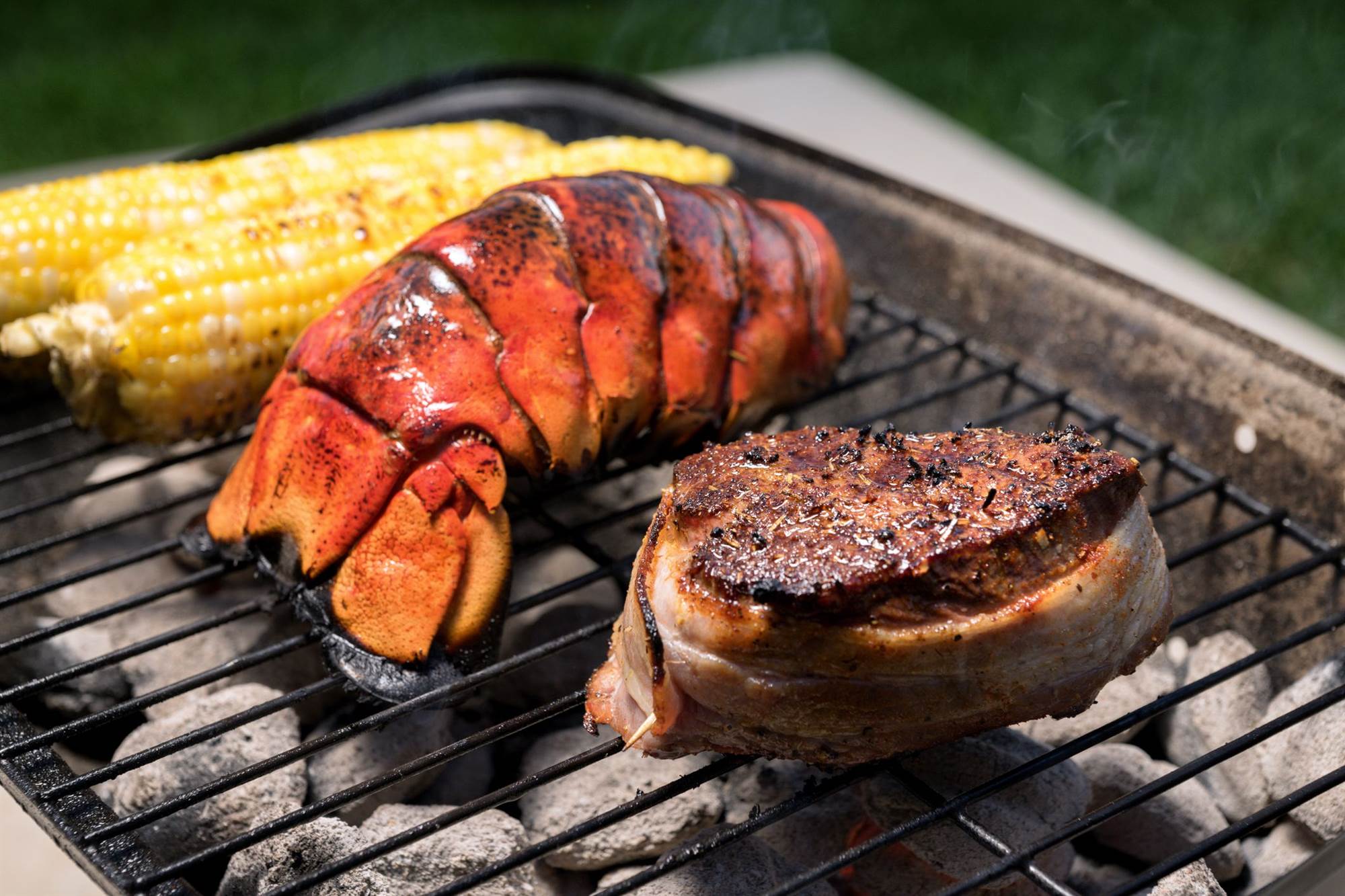 Low zinc levels can cause your hair to fall out. Some reports also find that people suffering from alopecia, an autoimmune disease that causes hair loss on the scalp or other parts of the body, are deficient in zinc. While some people have seen positive results from topical and oral zinc medications, more research needs to be done to fully understand the connection.

If you don’t notice any other symptoms on this list, don’t freak out just yet - thinning hair could be linked to various other factors. Only severe cases of zinc deficiency are associated with fewer strands in your scalp.

2) Your face is covered with acne

Some research finds that taking an oral medication or applying a topical treatment that contains zinc may help clear breakouts. Researchers believe zinc may have anti-inflammatory properties and reduce the amount of acne-triggering oil and bacteria in your skin, according to a review published in Dermatology Research and Practice.

Of course, many things could trigger your acne, like your makeup or skincare, hormones, birth control, or certain foods in your diet. However, if you feel like you’ve tried everything and notice other symptoms on this list, it’s worth talking to your primary care doctor or dermatologist about zinc deficiency.

3) You have a chronic disease

Zinc deficiency has been linked to a slew of health conditions, like diabetes, atherosclerosis, Alzheimer’s, neurological disorders, autoimmune diseases, and more. The potential connection? Zinc keeps your immune system humming along and promotes healthy cell growth. When you don’t get enough of it, your body can’t fight the effects of harmful free radicals and inflammation spikes, two risk factors that have been tied to chronic disease, says Dr Prasad.

Because zinc is essential for your immune health, you might become more vulnerable to viral or bacterial infections when you dip into deficiency status. Cuts and scrapes may take longer to heal as well since your body also relies on it to repair tissues.

5) Your vision is getting worse

Your eyes contain high concentrations of zinc, particularly in your retina. That’s because zinc helps transport vitamin A from your liver to your retina to produce protective pigments in your eyes, so it’s a key player in keeping your vision sharp.

Zinc plays a role in most of your senses, including taste and smell. That’s why people who are deficient in it actually have difficulty tasting their food (the horror!). Research shows that giving oral zinc meds to people with taste disorders improved their symptoms, since it may help stimulate a region in your brain that controls your food intake.

Rest assured, this reaction to a lack of zinc may be more common in older adults, since they’re already at a higher risk of deficiency or inadequacy and are more likely to take several medications that impact taste, according to one 2016 review of research.

7) You have trouble hearing

As if your taste, smell, and vision weren’t enough, a lack of zinc can mess with your hearing, too. One study of 100 people with tinnitus (characterised by noise or ringing in your ears) found that 12 percent of them had low zinc levels, and those who were deficient had much more severe hearing loss and ringing than those who weren’t.

In another 2011 study, researchers attempted to treat hearing loss in 66 people with zinc supplements. They found that those who took the zinc experienced gains in their hearing compared to those who received a steroid treatment. The study authors believe that zinc could act as an antioxidant and tame inflammation in the cochlea, or the inner part of your ear.

One of the main signs of zinc deficiency actually appears in young children. Kids need to get enough zinc in their diets because of its influence on cell development, meaning a lack of it can stunt your growth, says Dr Prasad.

The good new is, this issue mainly affects those who either don’t eat or don’t have access to enough animal protein.

9) How to get enough zinc in your diet

Even if you notice several of these symptoms, many of them can be caused by other conditions, so it will be difficult to tell whether zinc deficiency or insufficiency is the root of the problem. Your doctor might not immediately spot low zinc levels either, since there’s no clear test to determine a deficiency.

However, because you don’t need an insanely high amount of zinc each day, you can easily make small adjustments to meet your intake if you suspect you’re not getting enough, says Crandall. The best way to do that? Load up on foods rich in the mineral, like oysters (the best source of zinc), beef, fortified cereal, baked beans, lobster or crab, nuts, cheese, oats, chicken, and yoghurt. Women should aim for 9 milligrams per day (or slightly higher if you’re pregnant or breastfeeding), while men need 11 milligrams.

“There is an upper limit of 40 milligrams per day for adults,” says Crandall, since downing too much can actual block your absorption of other crucial nutrients, like copper and iron. Going above that limit by taking a supplement high in zinc can also have toxic effects, causing vomiting, loss of appetite, cramping, diarrhoea, and headaches, says the NIH.

That’s why most people really don’t need a zinc supplement, she says. However, if you’re part of a high-risk group (say, you have a GI disorder or stick to plant-based foods), you might need to consider taking a multivitamin that includes around 10 to 15 milligrams of zinc. Talk to your doctor first, since he or she will be able to recommend one that fits your personal needs.

I have read and accept the privacy policy and terms and conditions and by submitting my email address I agree to receive the Prevention newsletter and special offers on behalf of Prevention, nextmedia and its valued partners. We will not share your details with third parties, and will only share delivery information in the event of you being a prize winner.
This article originally appeared on prevention.com
© prevention.com Sourced: The Big Book of Walking for Weight Loss
First published: 8 Feb 2021
Tags:  autoimmune diseasedeficiencyhearing losslow zinc levelsnational institutes of healthnutritionnutrition/wellnessoral zincparts of the bodyrisk factorstaste disorderstopical treatmentzinc supplements