9 Foods You Should Never Eat If You Have Diabetes For those who don’t have diabetes, nibbling a cookie here or some French fries there isn’t a big deal. Those unhealthy treats may run counter to your diet or weight-loss goals, but eating them isn’t the end of the world. For diabetics, on the other hand, one too many slip-ups could carry potentially life-threatening consequences.

“It’s hard to say exactly what’s okay and what’s not because every patient with diabetes is a little different, and every patient’s tolerance for carbohydrates is different,” says Dr Matthew Freeby. “But if a patient eats enough carbohydrates that the pancreas is unable to produce insulin to drive blood sugar down, that’s what we worry about.”

As Freeby’s comment suggests, carbohydrates—a macronutrient group that includes sugar—pose the greatest threat to diabetics. Foods heavy in protein and fat, on the other hand, “tend to be the ones we have patients gravitate toward,” he explains.

What exactly is Freeby worried about? Too-high or too-low blood sugar levels—known as hyperglycemia and hypoglycemia, respectively—can lead to symptoms like nausea, vomiting, stomach pain, a rapid heartbeat, dizziness, or confusion. In extreme cases, high or low blood sugar could lead to unconsciousness and death.

If you’re diabetic and you experience any of the above symptoms, it’s time to get your doctor on the phone—or head to the hospital.

Which foods are most likely to get diabetics into trouble? Keep reading. 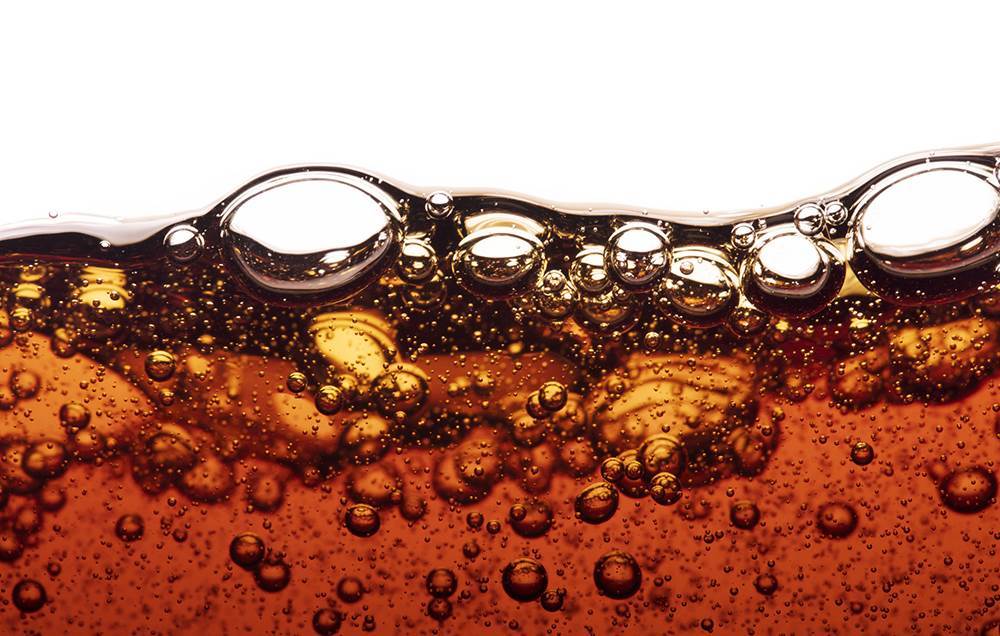 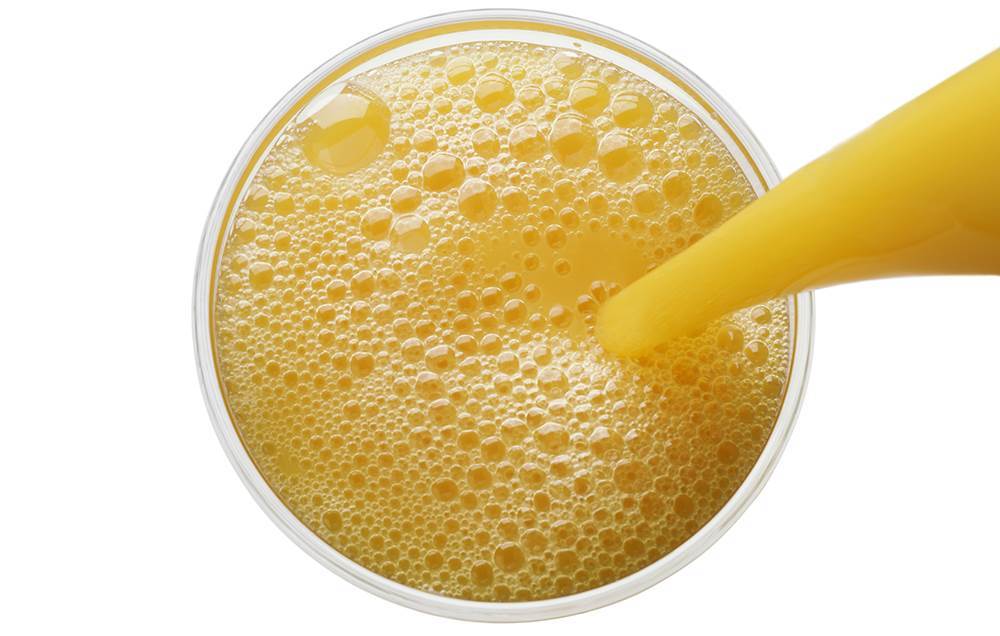 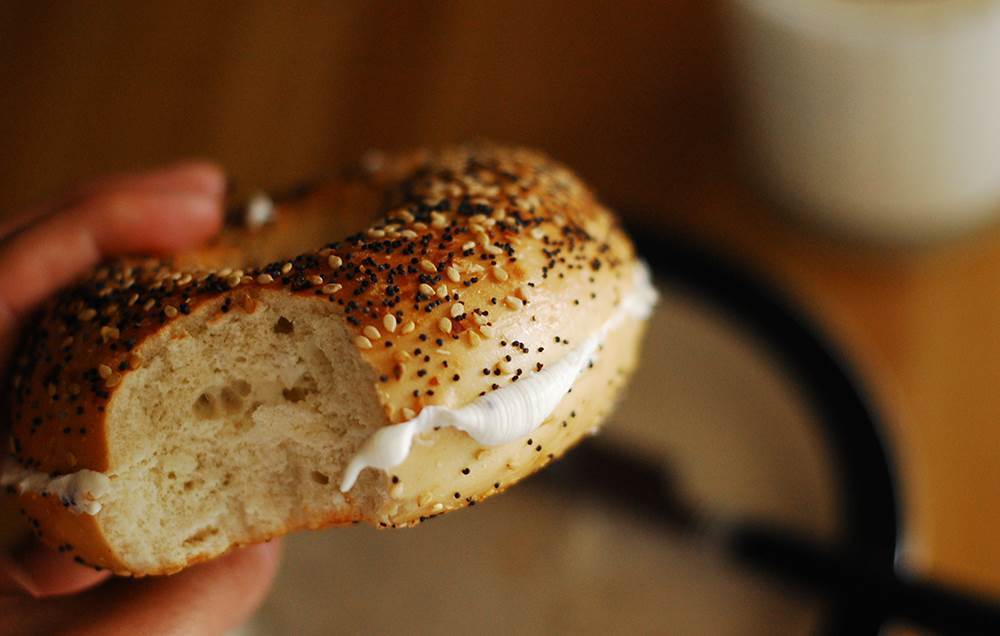 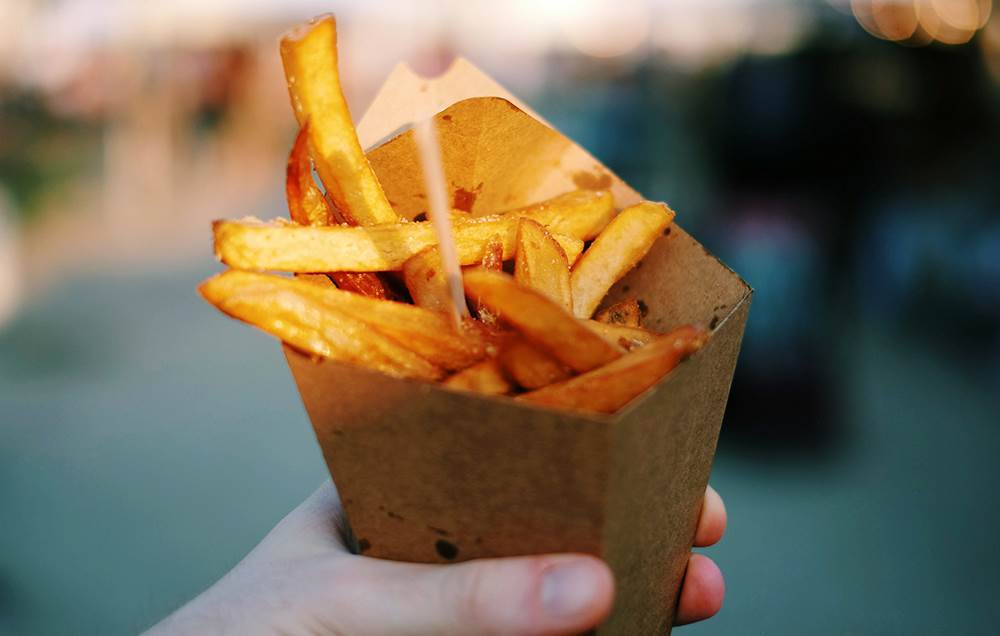 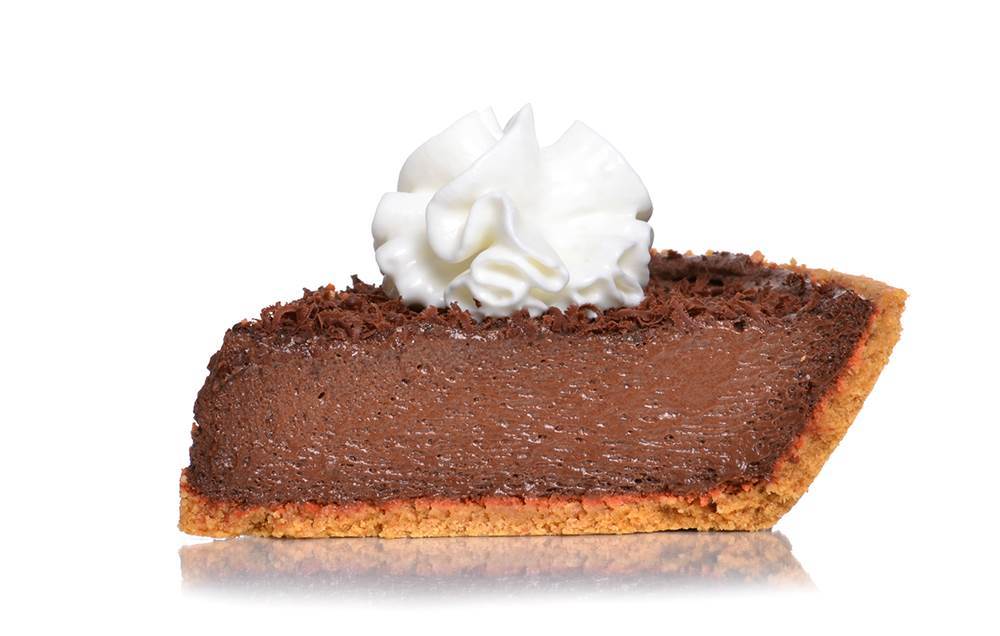 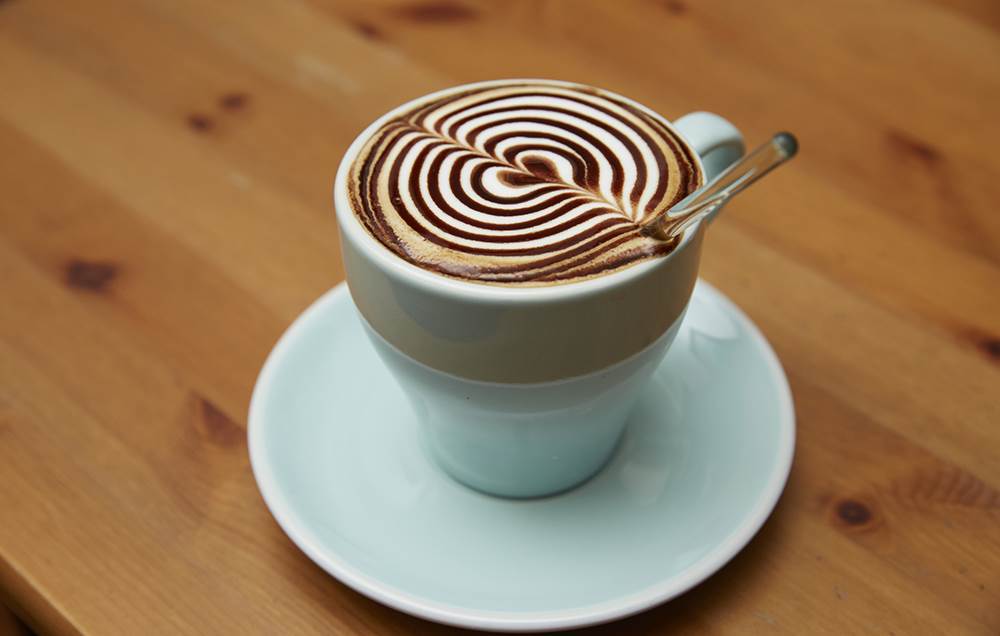 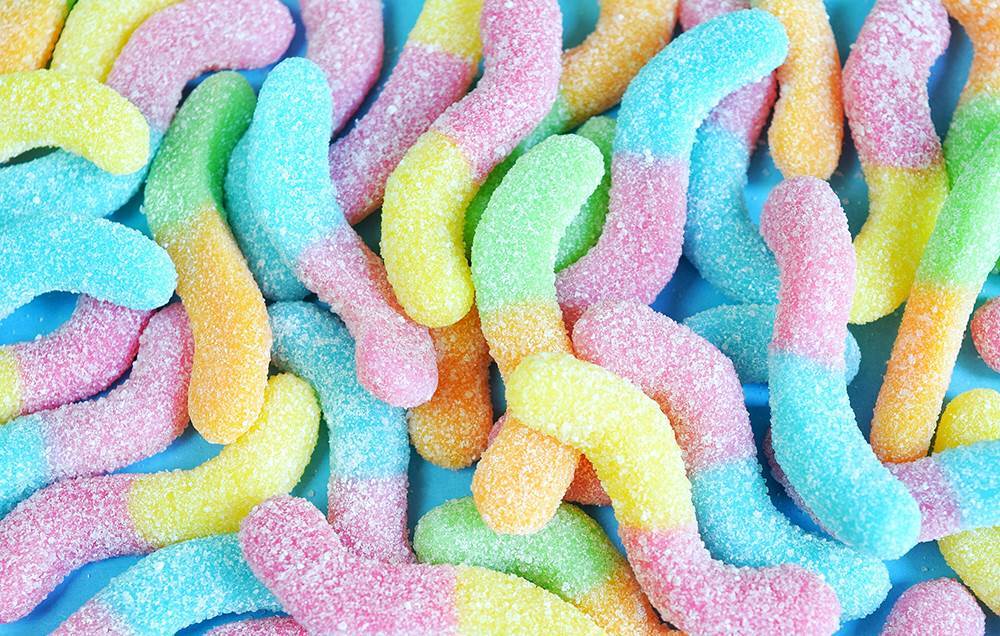 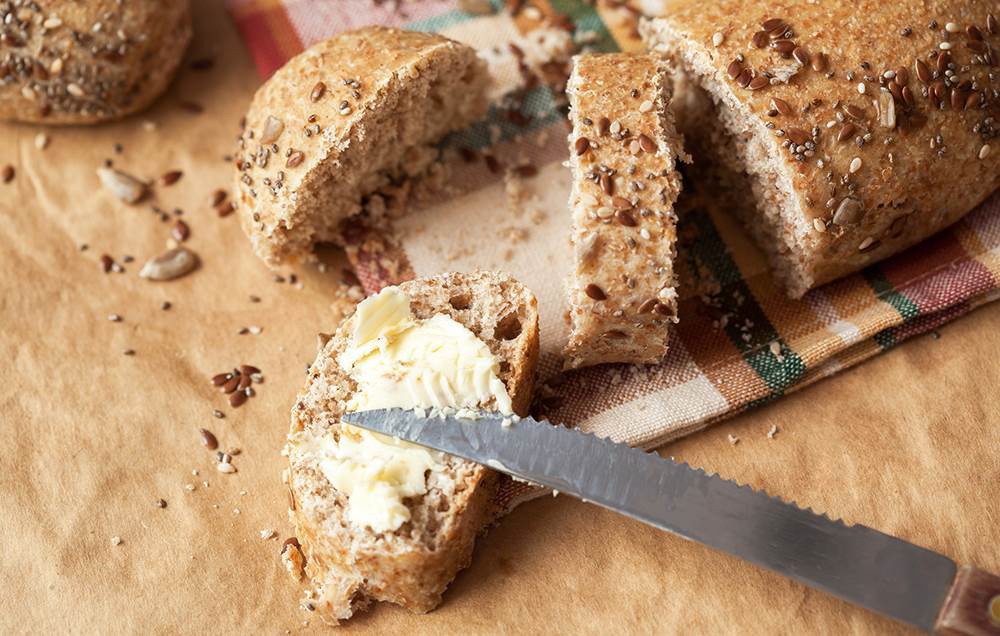 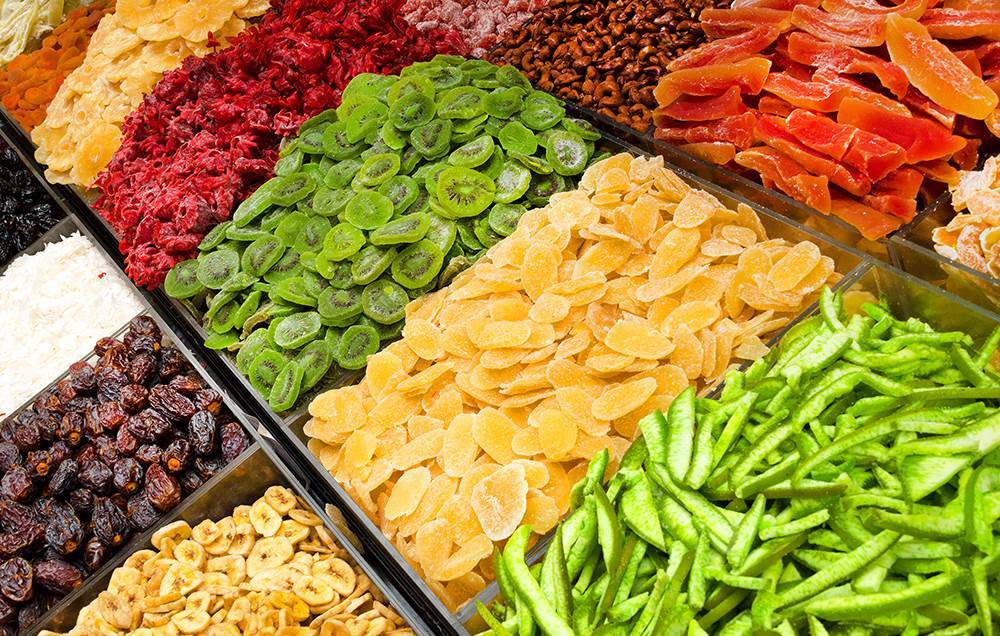 While there’s a small mountain of evidence linking diet soft drink to larger waistlines and other health concerns, regular soft drink is a much greater threat to those with diabetes. “When patients ask about what they should avoid, one of the top things I recommend are sugar-sweetened beverages,” says dietitian Angela Ginn-Meadow.

A single 375mL can of Coca Cola contains 39 grams of sugar. To put that in perspective, healthy adult males are recommended to keep their TOTAL daily sugar intake to 36 grams. For women, the recommendation is 25 grams. Also, because a liquid can be consumed much more quickly than most foods, pounding a large glass of soft drink is one of the easiest ways to overload your system and send your blood sugar levels soaring. Sports drinks and bottled teas are also major sources of sugar.

“As much as we think of fruit juice as healthy, they are primarily sugar,” Ginn-Meadow says. And for diabetics—and the rest of us, actually—there doesn’t seem to be a big difference between consuming sugar in the form of soft drink or in the form of fruit juice. Both are unhealthy. If that surprises you, consider that 375g of two popular store-bought orange juices contain 33 grams of sugar. Fresh squeezed, unpasteurised OJ isn’t any less sugar-rich.

“Many of my patients with diabetes think about sugar as being the worst thing that’s impacting their blood sugar, but it’s really about carbohydrates,” Freeby says. “I tell them to look at nutrition labels for the total carbohydrate content, not just the sugar content.” Donuts and bagels made with refined and processed grains are major sources of blood-sugar-spiking carbs, he says.

For example: One donut can contain the same amount of carbohydrates as found in 265mL of Coca Cola.

Freeby says that “starchy” vegetables like potatoes and corn are major sources of carbohydrates, and so need to be eaten sparingly or avoided. Turn potatoes into chips, and the health risks are often compounded. Medium-sized chips from McDonald’s contain 44g carbs.

Pies. Cakes. Cookies. All of these popular dessert foods tend to be loaded with sugar and made with refined grains—making them big hunks of carbohydrate, Freeby says. Even worse: If you’re buying store-bought treats, many contain trans fats, which further increase your risk for unhealthy outcomes, Ginn-Meadow says. “People with diabetes are at increased risk for heart disease, and trans fat raises total cholesterol and lowers healthy HDL cholesterol,” she explains. “So you want to limit your intake of trans fats.”

While there’s not much wrong with a cup of joe, many of the sweetened drinks popular at nationwide coffee chains are absolutely loaded with sugar, Ginn-Meadow says. That Starbucks “peppermint mocha” drink you love this time of year? It contains a whopping 63g carbs and 54g sugar.

Sure, this is an obvious one. But unless you’re sticking to sugar-free gum, almost all candy is chock full of sugar. “The more sugar you consume in a concentrated amount, the more your blood sugar is affected,” Ginn-Meadow says. And few things you could put in your mouth contain more concentrated doses of sugar than candy.

Again, carbohydrates are a diabetics nemesis. And refined, heavily processed breads are a significant source of carbs. “If you’re going out to eat, the bread basket should go right back to the kitchen,” Ginn-Meadow says.

Freebie agrees. But he says whole-grain breads—because they take more time to digest—are safer options. Look for whole grain or “sprouted” breads. You’ll want to check the bread’s label to make sure a whole grain is the first thing named on the ingredients list.

As much as he feels that whole fruit is a healthy and important addition to a person’s diet, Freebie says diabetics need to be careful. “Fruit has a lot of great vitamins and nutrients, but they also contain a lot of carbohydrates that make blood sugar rise,” he explains. If you’re going to pick one type to eat, he says berries tend to raise blood sugar less than fruits like grapes or melon.

Dried fruit, on the other hand, is really risky, Ginn-Meadow says. “Dried fruit contains very concentrated amounts of carbs and sugar, so you really have to watch out for your portion sizes,” she says. A small handful of raisins can contain as much sugar and carbs as a whole bowl of grapes.

I have read and accept the privacy policy and terms and conditions and by submitting my email address I agree to receive the Prevention newsletter and special offers on behalf of Prevention, nextmedia and its valued partners. We will not share your details with third parties, and will only share delivery information in the event of you being a prize winner.
This article originally appeared on prevention.com
© prevention.com
First published: 10 Jan 2018
Tags:  diabetes recipeshealth problemsinsulinsugar