Hyperventilating and sweating aren't the only signs. 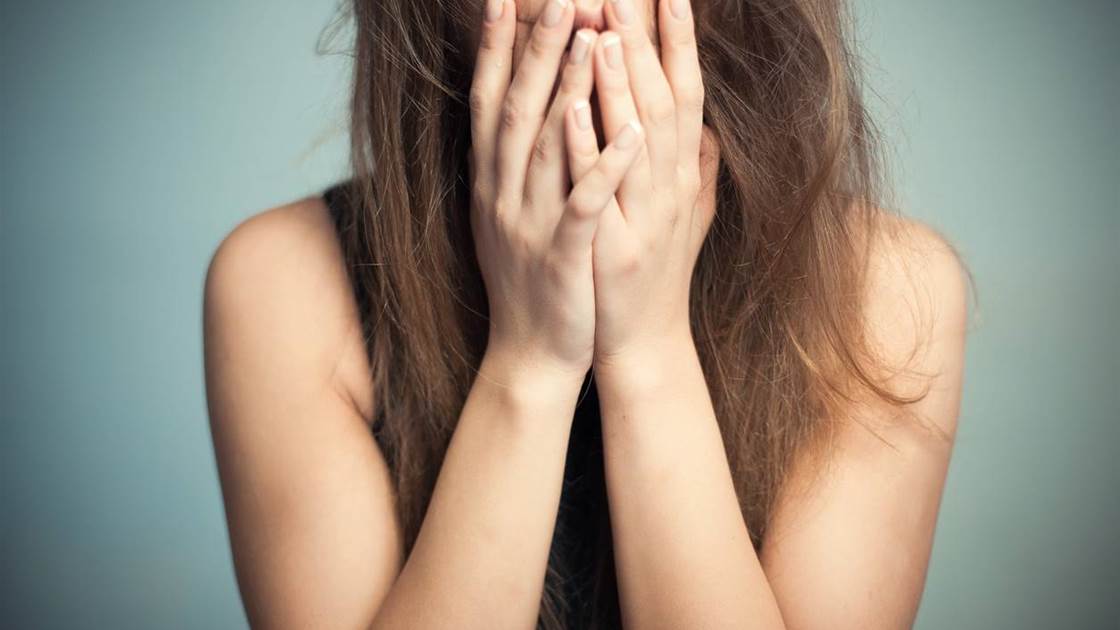 Everyone goes through periods of heightened stress and anxiety. Think back to your busiest university semester when you chewed off all your fingernails. Or even to a more recent time when, after a week of ridiculous work deadlines, you were plagued with a family emergency or a leaky roof.

If you know how to manage the anxiety that stems from these types of situations, it ebbs and flows without causing too much of a problem. But sometimes, a stressor can trigger a sudden and intense feeling of disabling anxiety. This is known as a panic attack, and it can be extremely scary. When you have a panic attack, your body is basically experiencing an intense fight-or-flight response during which the sympathetic nervous system becomes activated and triggers a huge release of adrenaline. In turn, this can leave you scared, shaky, sweaty and short of breath.

"We call it a panic attack when it has a wave-like quality to it," says psychologist Dr Dianne Chambless, who specialises in anxiety and panic disorders. "It’s a very rapid surge of anxiety that’s accompanied by intense physical and psychological symptoms that hit you, pass over you, and subside within a few minutes, like a wave."

In addition to extreme stress in your life, Chambless says panic attacks can be caused by one-time events that you find particularly scary (like public speaking), or by worrying excessively about your health. Ironically, being concerned about having a panic attack can also trigger a panic attack.

The particular symptoms of a panic attack will vary depending on the person-and not every panic attack mimics what you might see on TV or in movies. But typically, Chambless says, in addition to a sudden onset of anxiety and fear, a panic attack is accompanied by four or more of the following symptoms, which are outlined in a widely used professional guidebook Mastery of Your Anxiety and Panic:

This symptom (and most others) are a direct result of our evolutionary fight-or-flight response. When your sympathetic nervous system is activated, your heart rate and the strength of your heartbeat increase to deliver more oxygen to your muscles so you can fight off danger or run away from it.

During a panic attack, blood is taken away from areas where it’s not needed, such as the fingers, toes and skin, and sent to big muscles that are important for fighting and fleeing. This can result in the skin turning pale and cold, especially the skin covering the hands and feet. Hot flushes may also occur, but typically for a shorter duration during the abrupt and initial onset of panic.

When you start having a panic attack, there is less blood in your extremities. In turn, some people feel weaker in their arms, legs, hands and feet.

Ditto for this symptom. When there’s less blood in your hands and feet, you’re more likely to experience that pins and needles sensation.

Breathing also becomes faster and deeper during a panic attack, because your body thinks it needs to send more oxygen to your muscles to fight or flee. But sometimes that breathing can become unbalanced, leading to feelings of choking, smothering, and breathlessness.

6. Feeling dizzy or detached from reality

When you’re breathing becomes unbalanced, less oxygen goes to the brain. This isn’t harmful (because panic attacks only last a few minutes), but it can lead dizziness, confusion and feeling like you’re in a dream state.

Many people sweat during a panic attack, or even when they’re just experiencing general anxiety. Perspiration cools the body to help prevent overheating, which, if you were physical dancer would allow you to fight or flee.

The whole digestive system slows down during a panic attack. This is because the energy that once would have been used to digest food is now being redirected to the muscles so you can combat the perceived danger. This can cause feelings of nausea and a heavy sensation in the stomach. Your body may also try to rid itself of extra weight that could slow you down, so you might get diarrhoea, too.

Unbalanced breathing can also lead to feelings of tightness and discomfort in the chest, which is why many people experiencing a panic attack think they’re having a heart attack.

Your whole body can tense up during a panic attack. This (you guessed it) prepares you for fight or flight, but it also results in trembling or shaking, and general achiness in the body.

11. Fear of dying, or feelings of impending doom

During a panic attack, you’re flooded with a variety of physical sensations. These sensations can be scary, and it’s often the fear of these physical symptoms that leads people to think they’re dying or experiencing a dire health crisis.

Exactly what to do if you're having a panic attack

Usually, a panic attack only lasts a few minutes, but those moments can feel like an eternity. To shorten its duration, the most important thing you can do is not fight it. Easier said than done, right? But it’s important. "The more you struggle not to panic, the more anxious you make yourself and the more adrenaline you feed into your system, which extends the panic attack," Chambless says.

Instead, take slow, calming breaths and tell yourself that this will all pass in a few moments. Progressive muscle relaxation can also help, says psychologist Dr Ellen Albertson. With this technique, you work from head-to-toe systematically tensing groups of muscles, like your neck and shoulders, and then relaxing those muscles and noticing how that makes you feel.

Panic attacks can be a one-time thing for some people. So even though they’re pretty freaky, they’re not necessarily a cause for concern. They’re often more of a wakeup call that you need to minimise the stress in your life. But if you’re experiencing panic attacks often, your best long-term strategy is to learn how to deal with your feelings of worry and fear in a way that doesn’t allow them to escalate. "Cognitive behavioural therapy can help you recognise which anxious thoughts and feelings often trigger an attack and how to better manage them," says Albertson.

If you can’t get to a therapist, keeping a journal can help, too. After every panic attack, write down what was happening or what you were thinking about before the attack. Then, the next time these trigger situations or thoughts arise, consider doing one of the following: something calming such breathing deeply or doing a few stretches, removing yourself from the situation (if it’s truly a toxic one), or reframing your thoughts. For this last one, Albertson says it can be helpful to repeat a mantra that speaks to you, like "I can do this," "I’m safe," or "I’ve survived 100% of all my worst days."

I have read and accept the privacy policy and terms and conditions and by submitting my email address I agree to receive the Prevention newsletter and special offers on behalf of Prevention, nextmedia and its valued partners. We will not share your details with third parties, and will only share delivery information in the event of you being a prize winner.
This article originally appeared on prevention.com
© prevention.com
First published: 13 Jun 2021
Tags:  anxiety and panic disordersfight-or-flight responsehands and feethealthy habitsmentalnutrition/wellnesspanic attack symptomsstress and anxietysympathetic nervous system