The moments that left them feeling hopeless—and exactly what they did to come back to life. 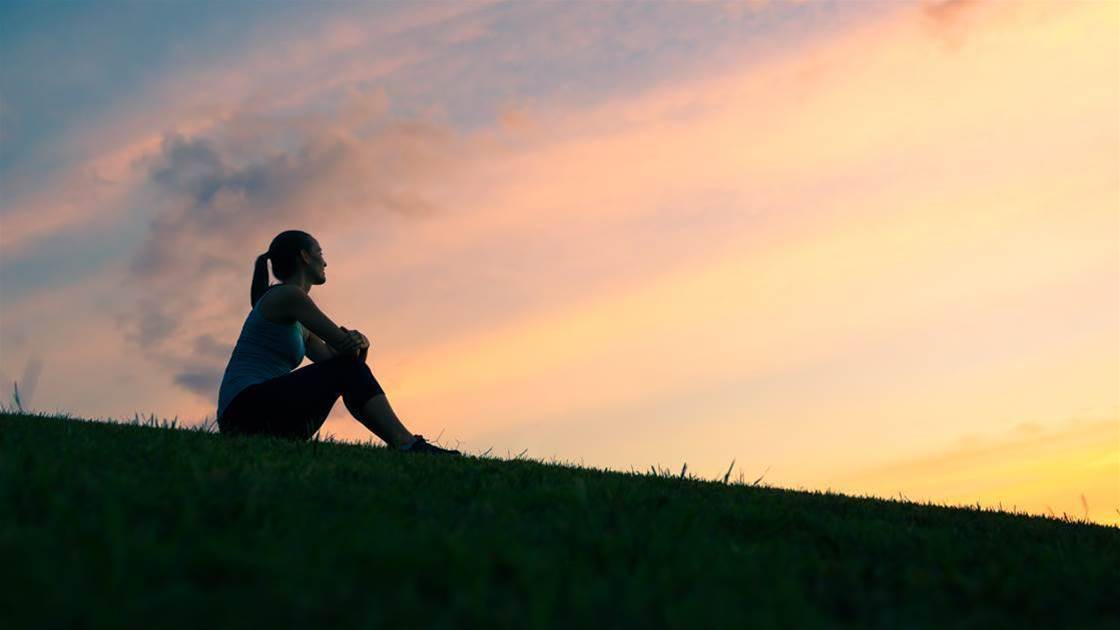 Stress is one of those things that creeps up on you until you’re in so deep that you don’t even know how you got there. Or how to get back to normal, if you can even remember what that’s like.

At that point, it can take a serious—or even scary—wake-up call to jolt you back into reality and help you see just how insane things have become. The details of that moment look different for everyone, but they always have one thing in common: They motivate you to make a major change so you can start feeling better.

These women have been there. Though each went though her own trying experience, they all had to hit rock bottom before they realised how toxic their situations had become. Here’s a look at the moments that snapped them into attention—and what they did to change.

“Back pain and a divorce were sending me into depression.”

Val Silver was dealing with an agonising ruptured disk that would send her straight to bed every day after work. On top of it, she was going through a drawn-out divorce that was only adding to the intense burden of her physical discomfort. After several months of trying to cope with the constant, debilitating disc pain, she found herself spiraling into depression—and knew she had to do something to get a hold of herself.

“At that moment I chose to forgive the doctors who I felt did not treat my condition properly and to be grateful for the here and now. I chose to make the best of it,” says the grandmother of 11. Remarkably, that’s when she started to improve. “I found myself needing to spend a lot less time recovering after work each day.”

“I no longer recognised myself.”

A decade of suffering from pelvic floor pain coupled with anxiety had taken its toll on  attorney Erin Jackson. She was wheelchair-bound on her wedding day, owed tens of thousands of dollars in medical bills and had lost friends. “In the midst of my worst pain, I graduated first in my law school class. But I was unable to hold a job for more than two weeks before my pain forced me to quit. My stress went through the roof,” she says. To top it all off, her husband took a long-distance job that would leave her alone for a year.

THE TURNING POINT: Setting a schedule

During all the chaos, something clicked. “I realised I needed to start at the beginning. I’d been sick for so long that I didn’t know how to be healthy,” Erin says. So she started finding ways to fill her days by making a schedule outlining even simple daily tasks like her yoga class and ordering groceries for delivery. Though it felt silly at first, the schedule gave her a sense of control—and accomplishment.

When her husband returned to take a local job a year later, he was flabbergasted by Erin’s improvement. “After losing myself to my illness and the accompanying stress, I needed to rebuild from the ground up to find myself again,” she explains. “I’ve truly never been happier.

“My body was shaking and I was worried I was going to collapse.”

BJ Dowlen lost her home, car, possessions, office and business inventory to a natural disaster. After working to rebuild, she was notified that her home needed to be raised 10 feet—which would cost her $180,000. She spent the next five years fighting for her flood insurance, for grant money and with her mortgage company as she tried to figure out how to pay for the update. “I found myself crying after each call, and after each request to resubmit hundreds of pages of paperwork, which I’ve had to do at least 50 times,” says BJ, who owns a sports writing and sports performance company.

The constant strain took a toll on her physical and mental health—to the point where a crying fit left her heart racing. “My body was shaking and I was worried I was going to collapse,” she says. At that point, BJ realised she had to let go.

THE TURNING POINT: Granting permission to give up

BJ came to terms with the fact that she might need to walk away from the home she was trying to rebuild—that she could give it her all and still might fail.

The shift in thinking turned out to be liberating. While she hasn’t completely given up hope on her home, accepting that things might not work out changed her attitude—and made it easier to deal with the never-ending phone calls and paperwork. “The stress isn’t completely gone, but the acceptance that I might lose this battle actually makes the stress more manageable,” she says.

“I was stuck in bed, on the verge of a mental breakdown.”

Kristen Gold was on the path to burnout. She was overwhelmed by a toxic, stressful work environment and wasn’t taking time for herself. At the same time, she developed bronchitis twice within six months and experienced the devastating death of a friend. During it all, she adopted a dog—only to realise three days later that she wasn’t capable of caring for it. “That was a huge source of shame for me,” she says.

Then early one winter morning, she found herself hiding under the covers crying, and on the verge of what she felt like was a mental breakdown. “My thoughts were in a loop: How did I get here? How can I change this? I’m miserable, and I need help and support,” she says.

She decided to take control by participating in a three-month yoga and meditation program. It taught her the importance of self-care and showing up for herself—and that her health should be her number one priority.

Three years later, meditation and movement are still non-negotiable parts of her daily routine. “It helps me from going off the deep end,” she says. She’s even launched a self-care gift box designed to support those dealing with burnout or grief. “As women, it’s so important to fill up our own cup before helping others,” she explains. “But it’s something we rarely do.”

I have read and accept the privacy policy and terms and conditions and by submitting my email address I agree to receive the Prevention newsletter and special offers on behalf of Prevention, nextmedia and its valued partners. We will not share your details with third parties, and will only share delivery information in the event of you being a prize winner.
This article originally appeared on prevention.com
© prevention.com
First published: 5 Apr 2018
Tags:  emotional healthhealthy habitsmental health