6 Best Ways to Deal with a Breakup, According to Psychologists

Unlike your ex, the science doesn't lie. 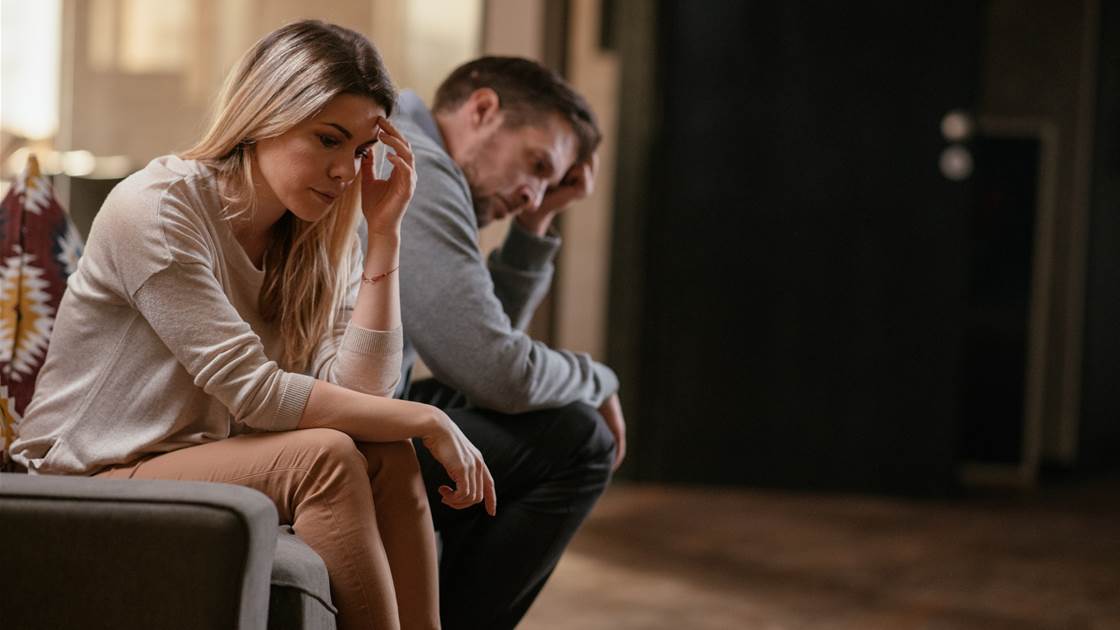 Even when two people manage “conscious uncoupling,” breakups can still be awful. Whether or not the relationship itself was a whirlwind, the aftermath tends to feel that way. And it makes sense: partnership frequently offers a positive sense of stability in life, and its dissolution can knock your emotional world off its axis.

Breakups may be easier since round-one in high school, but why is it still so hard to move on? And how do we stop dwelling on the past and just “get over” it? It turns out moving forward and feeling better has a lot to do with science and tricking your brain.

Your brain on a breakup

Many of the distressing elements of a breakup—physical pain and obsessing over your partner—are rooted in the brain. For example, on the surface, the experiences of spilling a hot cup of coffee on yourself and looking at a picture of your recent ex seem worlds apart. But that’s not the case inside your head. In a study published by Nature Communications, researchers used MRIs to determine that romantic rejection recruits brain regions involved in both the affective (emotional) and sensory (somatic) components of physical pain. These results give new meaning to the idea that breakups “hurt.”

The same goes for feelings of being “addicted” to the object of your desire. Maybe you’ve had one of those on-again-off-again relationships that you couldn’t quite quit, or you can’t help but send just one more text to your ex. A significant 2005 study conducted by anthropologist, Helen Fisher PhD, argued that romantic love should be considered a “natural” addiction, due to love’s neural similarity to many substance and non-substance addictive states. So what happens when the relationship ends? The surge and decline of hormones in our brains are similar to those experienced during withdrawal, Fisher says. Hence, that sense of being unable to resist the person (and why sending that last text was maybe not the best idea).

Beyond validating the strange behaviours we sometimes exhibit in love, this study offers tangible strategies to help the heartsick. We gathered their conclusions and spoke to clinical psychologist, couples therapist, and author Melanie Greenberg PhD, to draw together the 6 best steps for getting over a breakup.

We know this is much easier said than done, but try to accept the relationship for what it was and acknowledge it ended for a reason. Hyper-focusing on the issues between you and your former partner, or what could have gone differently, just keeps you stuck in a place where you feel bad about yourself. Instead, try to interrupt those thoughts when they arise. “That’s what we call thought stopping,” says Greenberg. “When you notice you’re having those thoughts, imagine a big stop sign, and then imagine redirecting yourself to go on a different route. You can also put an elastic band on your wrist and snap it every time you notice an obsessive thought.” This brings your attention to what you’re doing and reminds you to find a distraction. If you’re thinking things like, ‘I’ll never find love again,’ the elastic band trick helps you identify this thought as exactly that—an intrusive thought and not a reality.

✔️ Focus on yourself

Did you love to read before bed but stopped doing that while seeing your partner? Were there restaurants or music you disagreed on? Pick up those things again, or seek out new hobbies that fulfill you. Sometimes relationships don’t leave room for personal growth that’s distinct from the other person. Fisher’s research finds that if a newly single person engages in self-expanding activities (like hobbies, sports, spiritual experiences), it can help them rediscover themself, buffer the impact of loss, and result in better feelings post-breakup.

Mindfulness and meditation can also help you recenter yourself and mediate any urges to text your ex. “This just means sitting for 20 minutes and noticing the urge, in your brain and your body, like an open observation. You'll see most urges will peak and then go down after about 20 minutes,” Greenberg says.

Speaking of addictive behaviours, it may be time for a social media and text purge. Whether you are scrolling their Facebook or your old messages, extra ex-partner screen time can exacerbate the negative feelings you’re already experiencing. It won’t help you better understand what happened in the relationship, and hitting “unfollow” is a completely rational response. Seeing them on social may also trigger any negative feelings or habits you formed since the breakup. “Notice the triggers and have a safety plan,” Greenberg says. “Is Facebook a high-risk situation for craving them? Log out. If being alone and bored on a Sunday is triggering, make sure you have plans.”

✔️ Get out and sweat

Get outside and go for a walk or a run. Regular exercise becomes even more important when you are going through emotional distress, thanks to its proven mental health benefits. “Getting moving can help interrupt rumination,” says Greenberg. Physical exertion is an especially helpful and immediate solution when you’re feeling low, as it can elevate your mood, increase feelings of calm and well-being, and help you sleep better.

Keep yourself busy with the people that make you feel best. If it’s financially viable and you are not in a lockdown, book a friends weekend in a new place, or go out to dinner with someone you haven’t seen in a while. People sometimes place their non-romantic relationships on the backburner when they’re in love, so it may be time to focus on rebuilding this other form of intimacy. And for the brain, spending time with close friends is similar to spending time with a romantic partner. Looking at an image of a close friend activates the part of the brain associated with reward and the calm of attachment, according to Fisher. Plus, research in the journal Social Psychological and Personality Science found that some venting or reflection about a relationship can help speed up the healing process. The study saw that speaking about a breakup helped individuals figure out who they were as single people, which in turn made them feel less lonely.

This brings us to that elusive and ever frustrating idea of closure. It means something different in each relationship, and you may not be ready for closure right away. But eventually, if you can focus on the positive aspects of breaking up (that newfound “me” time), you may be happier. One study showed that writing about positive feelings rather than negative ones post-breakup was beneficial to participants’ mental health. Whether this means forgiving your ex, forgiving yourself, or choosing to focus on the future, remember that it takes a tincture of time to move on, says Greenberg. “Eventually, it’s just about putting other things in your life that are uplifting and meaningful besides the person that you have no control over.”

I have read and accept the privacy policy and terms and conditions and by submitting my email address I agree to receive the Prevention newsletter and special offers on behalf of Prevention, nextmedia and its valued partners. We will not share your details with third parties, and will only share delivery information in the event of you being a prize winner.
This article originally appeared on prevention.com
© prevention.com
First published: 12 Sep 2021
Tags:  breakups/divorceliferelationshipssexsingle