When is an achy back a sign of something more serious? Here's how to sort it out. 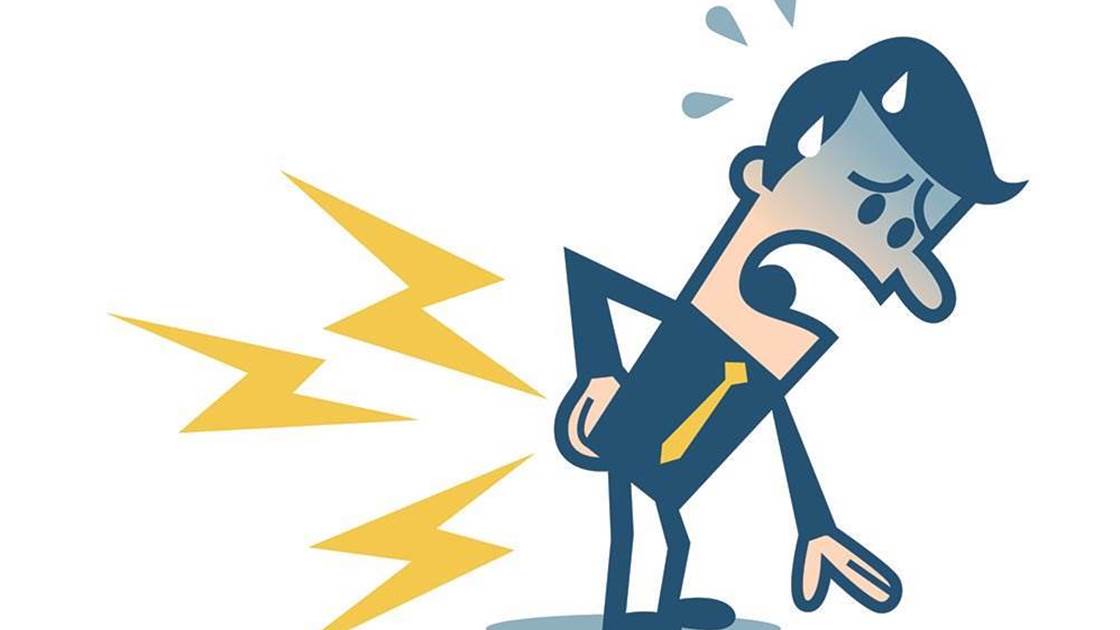 Pretty much everyone over a certain age has back pain at some point. Who hasn’t felt a dull ache on occasion, or been frozen in their tracks by a sudden, sharp twinge? Although it's uncomfortable, it isn't usually anything to worry about. In fact, it often goes away on its own within six weeks.

Sometimes, though, back pain is serious—a warning sign of a dangerous, even life-threatening condition. But figuring that out can be tricky. “It’s why your doctor will often ask random questions that don’t seem to have anything to do with your back,” says Dr Donnica Moore. She recalls a 54-year-old patient who complained about back pain and turned out to have metastatic breast cancer.

Of course, that's not a common scenario, and if the pain gets better when you pop some Advil then it's pretty unlikely that something that scary is going on. That said, it does happen, so it's smart to know what to look for. Here's the scoop on six health issues that are sometimes mistaken for run-of-the mill back pain. (If you have persistent back pain, schedule a visit with your doctor to determine what's really going on with your health.)

Aortic aneurysm
An aneurysm occurs when part of an artery wall weakens, allowing it to widen abnormally or balloon out. These bulges can occur anywhere, but aortic aneurysms refer to those that develop along the aorta. At about a foot long and an inch in diameter, the aorta is the largest vessel in the body, and it extends from the heart through the chest to the abdomen.

Most aortic aneurysms occur in the abdomen, though the chest is also possible. In either case, if an aortic aneurysm bursts it often causes back pain that radiates into the abdomen. “It's severe and comes on suddenly,” says Moore. A ruptured aortic aneurysm is a medical emergency, because it can lead to life-threatening internal bleeding.

Aortic aneurysms are most common among men over age 60 who smoke or have high cholesterol. But anyone who has extreme pain in the belly or back that doesn't go away should seek immediate medical attention.

Appendicitis
Fewer than half of people with appendicitis, an inflammation of the appendix, have the traditional symptoms of nausea, vomiting and sharp pain in the lower right abdomen. While you might simply have pain elsewhere in your midsection, you might develop lower back pain. The reason: Although the appendix usually resides in their lower right abdomen, about 15% of people have their appendix in their back near a kidney, thanks to an anatomical quirk. So when this mysterious organ gets inflamed or ruptures, they may complain of lower back pain instead of stomach pain.

“While all doctors should have learned about this in medical school, it’s not usually the first thing we think about when someone comes in with back pain,” says Moore.

Anytime you suspect you have appendicitis, seek medical attention quickly: An infected appendix can rupture less than 24 hours after symptoms begin, and if infection sets in it can lead to shock. You'll likely need surgery, and delaying it can lead to complications including repeated operations and a longer recovery.

Gyno issues
There’s a host of below-the-belt reasons that women might experience back pain. For instance, 25% have a “retroverted uterus,” which is when your uterus tilts backward. “When many of these women have menstrual cramps, they’ll feel it as pain in the lower back instead of pain in the lower abdomen,” says Moore. Rarely, fibroids can also cause back pain if they press against the muscles and nerves of the lower back, but having a tilted uterus makes that more likely. Lower back pain can also be a symptom of endometriosis, which occurs when bits of the tissue that lines the uterus grows on other pelvic organs.

The first step toward relief is to see your gynaecologist. For some women, heating pads and OTC non-steroidal anti-inflammatory drugs (NSAIDs) work well enough, especially if they’re taken as soon as the pain starts. In other cases, prescription meds or surgery may be in order.

Osteoporosis
Osteoporosis, AKA low bone density, is often called a silent disease because it's common to have it and not know it, says Moore. But according to a recent report, when people do have symptoms the most common one is terrible back pain.

Sometimes osteoporosis ends up weakening vertebrae in the spine to the point that they fracture. And when these bones break, they can cause sharp back pain that doesn’t go away—though sometimes there's no pain at all. Either way, after having several of these breaks, people may develop a curved spine and start to lose height.

If you have bad back pain in your upper or middle back—or if you seem to have "shrunk" by an inch or more in the past year—talk to your doctor. You may need medication to reduce the risk of breaking more bones in the future.

Arthritis
While any part of the back can be affected by arthritis, the lower back is especially vulnerable because it bears more of the body's weight, according to the Arthritis Foundation. There are many types of arthritis that can lead to pain, stiffness, and swelling, but osteoarthritis (OA) is the most common one. OA, the "wear and tear" kind of arthritis, occurs when the cartilage that cushions the ends of bones breaks down.

If you have arthritis, there's a wide variety of treatments that can help. Pain relievers, anti-inflammatories, heat and cold therapy, physical therapy and even dietary changes may help.

Kidney stones
The good news about kidney stones—hard objects that are created when chemicals in the urine become too concentrated—is that they tend to move out of the body without causing internal damage. The bad news: People who’ve passed a kidney stone routinely describe it as the worst pain they’ve ever experienced.

“It’s up there with labor,” says Moore. Usually, it’s a sharp, stabbing sensation that develops in your side or lower back at the bottom part of the ribcage, and then travels downward into the genital area. The pain tends to come in waves; after an initial period of severe pain, you may feel better for a few hours before developing another attack. Other symptoms may include blood in the urine, nausea, vomiting and fever.

Kidney stones are a common reason for visits to the emergency room: According to one report, there were around 1.3 million visits in 2009 (a 20% increase from 2005). Suspected culprits are obesity and climate change (warmer weather leads to dehydration, which is a key factor in the development of kidney stones).

Back pain or not, you should seek immediate medical attention if you have a fever above 38.6°C; burning during urination, cloudy urine or bad smelling urine; persistent nausea and vomiting; or intolerable pain.

I have read and accept the privacy policy and terms and conditions and by submitting my email address I agree to receive the Prevention newsletter and special offers on behalf of Prevention, nextmedia and its valued partners. We will not share your details with third parties, and will only share delivery information in the event of you being a prize winner.
This article originally appeared on prevention.com
© prevention.com
First published: 7 Oct 2017
Tags:  healthy habitspain relief