6 melanoma symptoms you should tell your doctor about ASAP

Becoming familiar with the signs by following the ABCDE method can literally save your life. 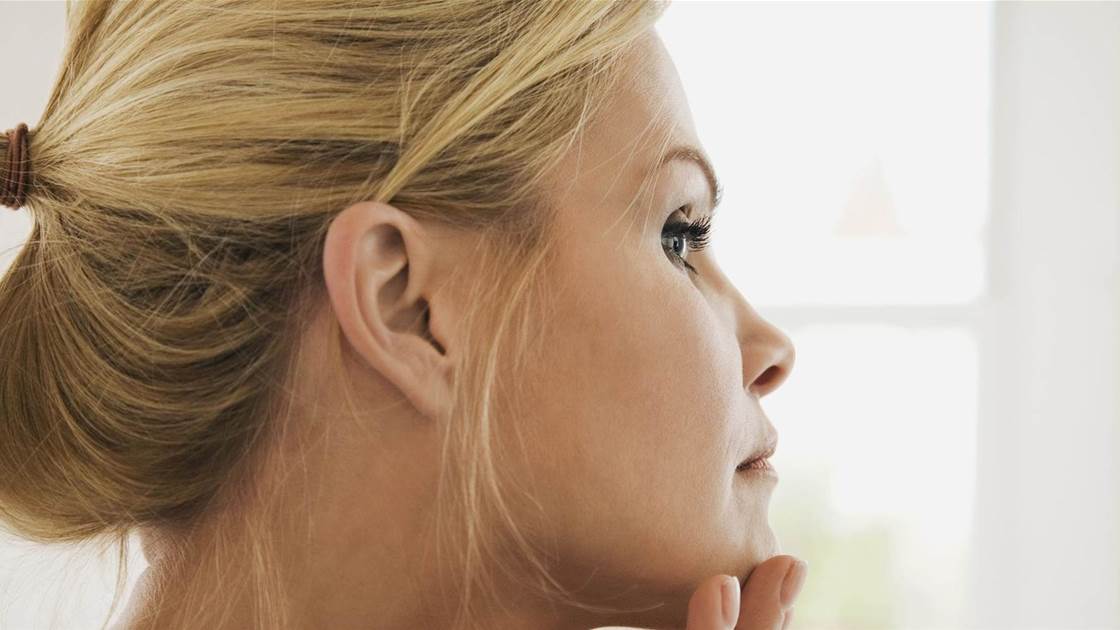 This year in Australia, nearly 15,000 people will be diagnosed with melanoma. If you're familiar with the condition, you may know that it’s the rarest form of skin cancer. But here's the thing: it’s also deadliest.

“Melanoma tumours can be very small, but as they grow deeper into the skin, they develop the ability to spread to other parts of the body. This is why early detection of melanoma is key to treatment and improved survival,” says dermatologist Dr Jennifer DeFazio.

Read on to learn more about the disease and familiarise yourself with the early symptoms of melanoma. This way you can see your doctor ASAP for a skin check if any of them ring true.

What is melanoma, exactly?

“Melanoma arises from the uncontrolled growth of melanocytes, a type of skin cell,” explains Dr DeFazio. Melanocytes make melanin, a brown pigment that gives skin its colour and that causes the skin to tan when exposed to the sun.

Naturally, melanoma forms on the skin, most commonly on sun-exposed areas, including the scalp, under the nails, and even in the eyes.

Who’s at risk for melanoma?

Several things can increase a person’s risk for melanoma. One of the biggest ones is UV light exposure from the sun and tanning beds.

“The majority of skin cancers have to do with sun exposure in the past,” says dermatologist Dr Saira J. George. So for instance, if you had a blistering sunburn as a child, that could increase your risk. However, it’s possible that bad burns that occur later in life can also lead to skin cancer, Dr. George adds.

Other risk factors include:

⚠️ While it's less common, people with dark hair and skin can also develop melanoma. So it's essential for everyone to do regular skin checks and wear a broad-spectrum sunscreen daily.

How to spot potential melanoma

“If there is a silver lining about melanoma, unlike cancers you can't see, a lot of times you can watch for things on your skin and come in and get a mole checked out” and catch it early, Dr. George says.

The Skin Care Foundation recommends doing a self-examination once a month. Take the time to look at your skin from head to toe, using mirrors as necessary to check your back and other hard-to-see places. (You can also ask a partner or family member to help you.) 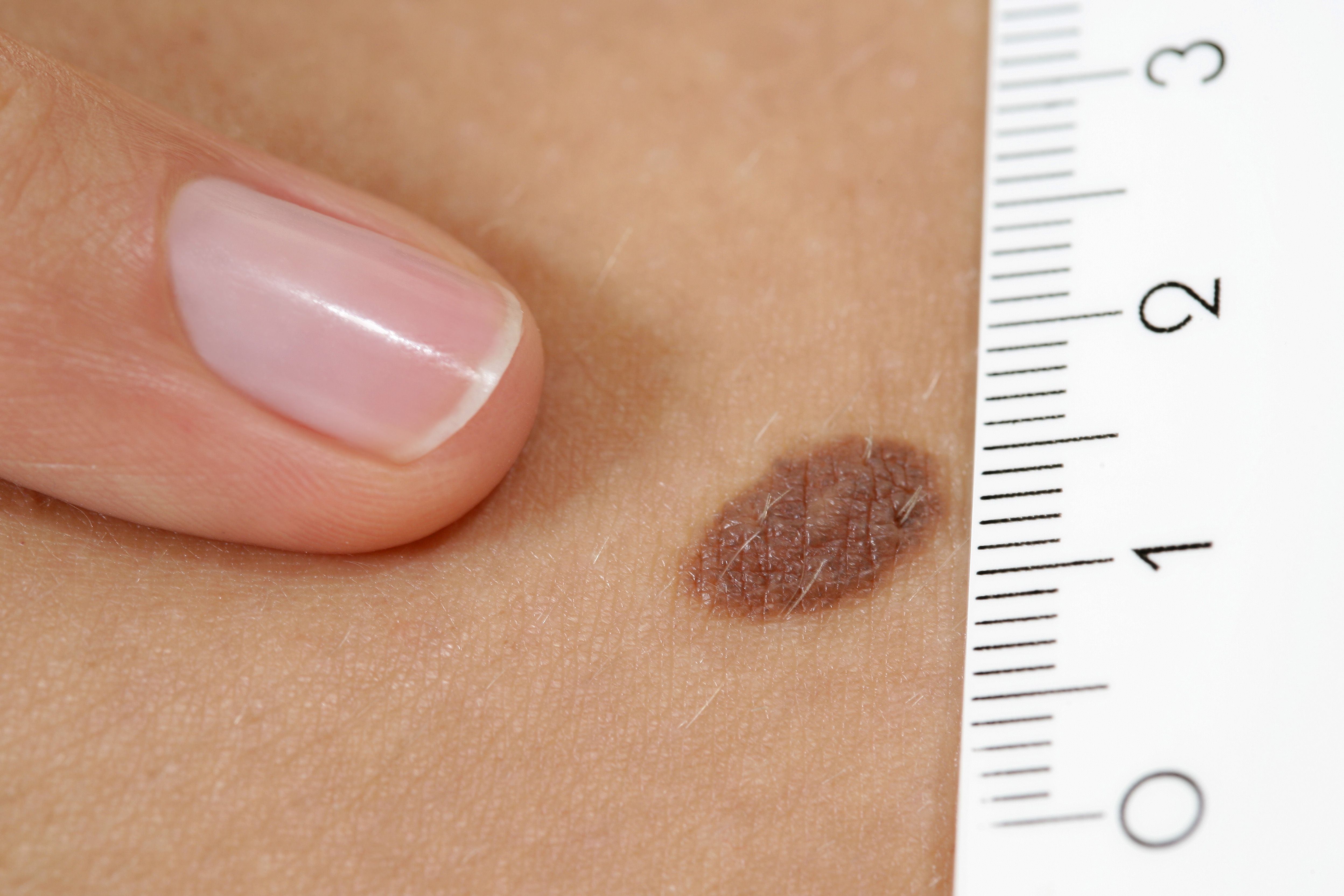 To check for melanoma symptoms, look at your moles using the ABCDE method:

Asymmetry: Do both halves of the lesion look the same? Melanoma lesions can appear asymmetric, whereas healthy moles are typically symmetrical.

Colour: Melanomas tend to be multi-coloured-black, brown, red, and/or blue. Healthy moles are typically one colour or maybe two, but that colour is evenly distributed. This isn’t so for a potentially dangerous mole.

Diameter: If a mole is greater than 6 millimeters in diameter (about the size of a pencil eraser), get it checked out. “Nowadays we do see melanomas that are really small and regular moles that are large,” Dr. George says, but typically melanomas are larger.

Evolving: “Moles are quiet, they don't grow or change much, especially later in adulthood,” George says. If you notice a spot that is changing in any way-size, shape, colour, borders, texture-or if the spot itches or bleeds, see a doctor.

You can also use the Ugly Ducking method to spot potential trouble. “Most people form moles that are similar to one another. So if you have one that doesn't look like the others, especially if that mole is changing, that's a red flag,” George says. Other melanoma symptoms include: a sore that doesn’t heal, redness or a new swelling beyond the border of the mole; itchiness, tenderness; pain near a mole; scaliness, oozing, bleeding, or the appearance of a lump or bump on the surface of a mole . 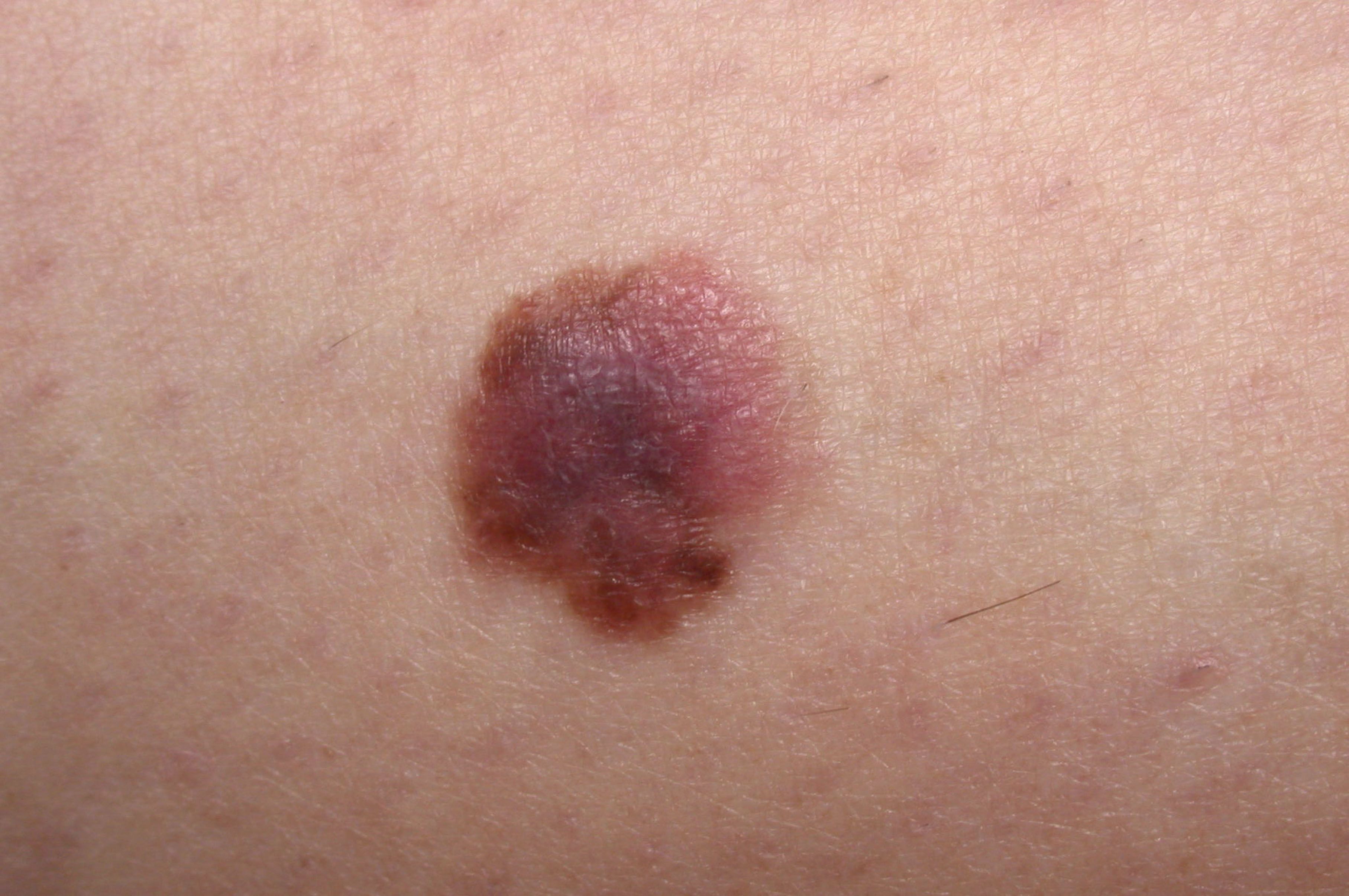 What to do if you spot a suspicious mole

If you see a skin lesion that has any of the ABCDE or Ugly Duckling features or notice any other potential melanoma symptoms, make an appointment with a dermatologist right away. If you don’t have a dermatologist, see your primary care practitioner, who can refer you to a dermatologist.

The five-year survival rate for Stage 1 melanoma is higher than 90%, so start doing self-examinations if you aren't already. “The more familiar you are with the constellation of your moles, the more you know when something is new or wasn't there before,” Dr George says. This way, if you have any suspicions or concerns, you can get it checked out straight away by a doctor.

I have read and accept the privacy policy and terms and conditions and by submitting my email address I agree to receive the Prevention newsletter and special offers on behalf of Prevention, nextmedia and its valued partners. We will not share your details with third parties, and will only share delivery information in the event of you being a prize winner.
This article originally appeared on prevention.com
© prevention.com
First published: 9 Mar 2021
Tags:  atypical molesconditionshealthy habitshealthy molesmelanomamelanoma symptomsnutrition/wellnessskin cancersymptoms of melanoma