10 warning signs of cervical cancer you should never ignore 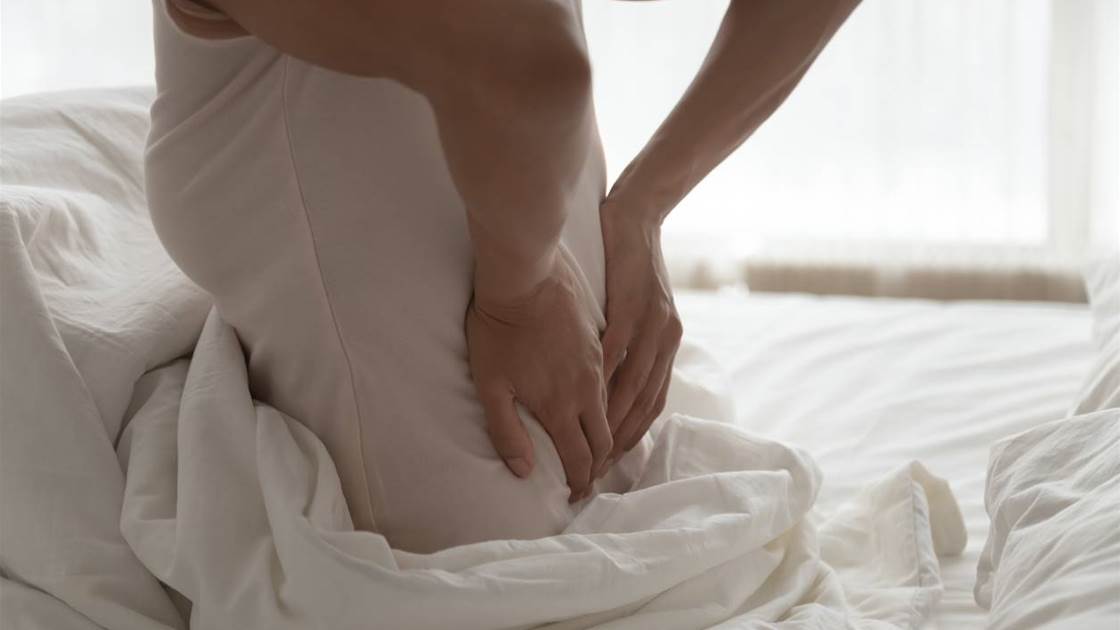 There are a few reasons cervical cancer is known as a silent killer among women. For one, the disease doesn't present any symptoms until it is at a later stage. This makes the illness tricky to catch early, and complicates treatment. “Cervical cancer is a slow onset cancer, so by the time someone is showing symptoms it’s usually more advanced,” explains gynaecologist Dr  Lauren Streicher.

Cervical cancer symptoms are also non-specific. “Non-specific symptoms can mean many other things, so just because you may exhibit these symptoms, it doesn’t automatically mean cervical cancer. Get them checked out, but chances are it’s nothing serious,” Dr Streicher explains. The good news is that a yearly pap smear can help with early detection. “Since the cancer is slow to develop, yearly pap smears and visits to your gynecologist can help ensure you don’t have any abnormalities in the cervix,” Dr Streicher says. But if you experience any of these symptoms in between your annual appointments, it doesn't hurt to get them checked out. (Just remember: Many of these signs of cervical cancer are also signs of common, benign issues, so no need to freak out quite yet.) 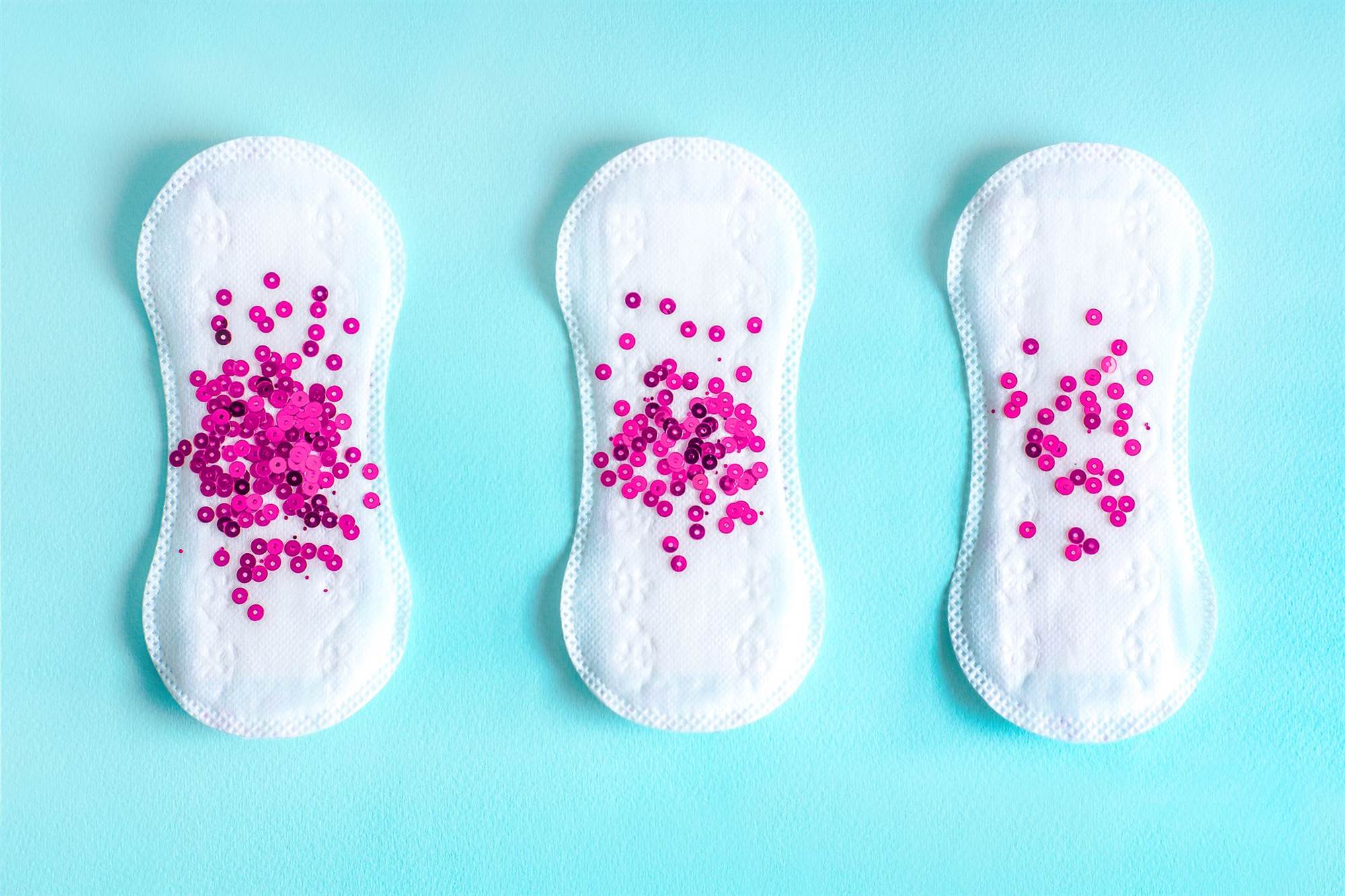 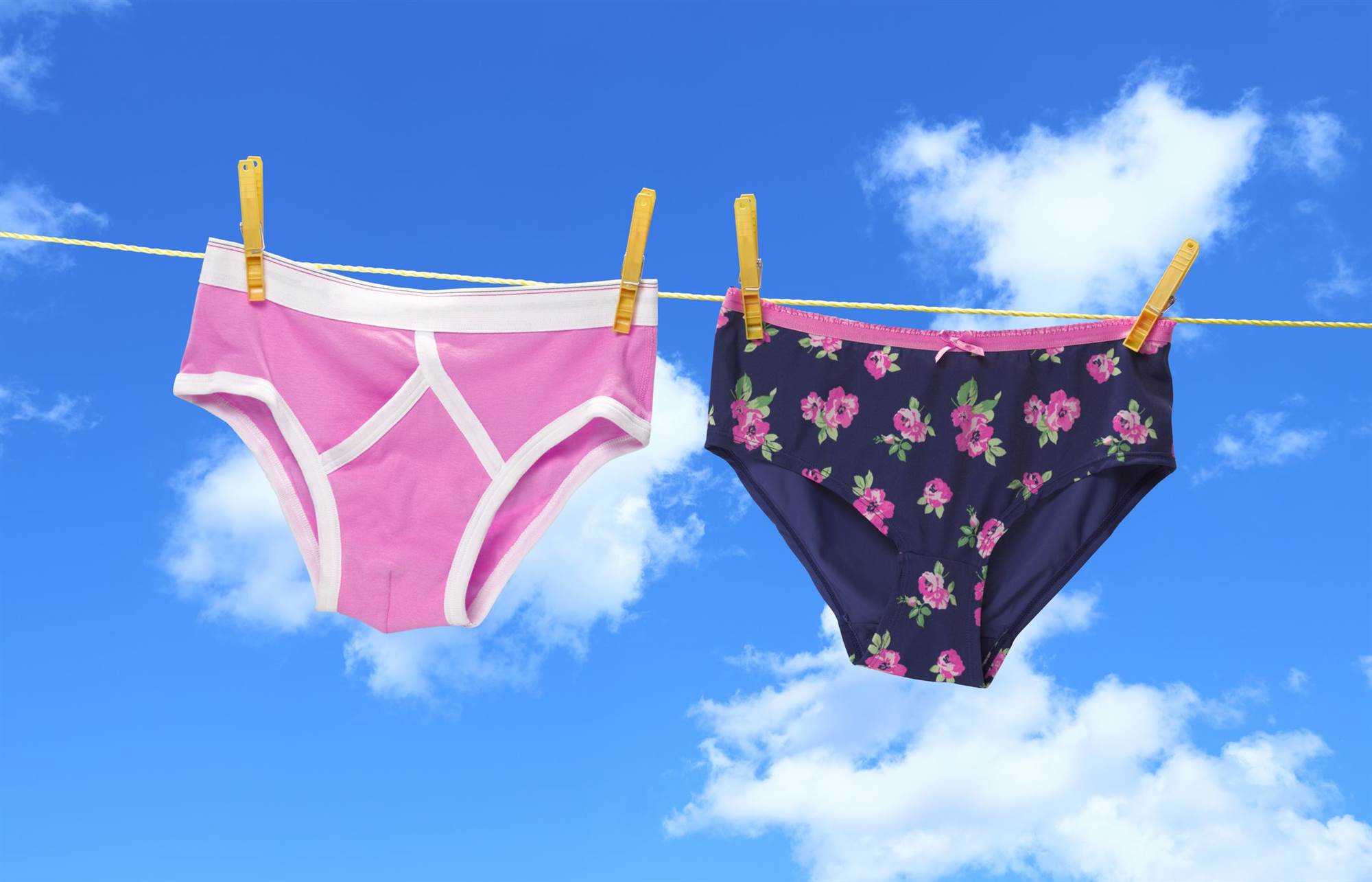 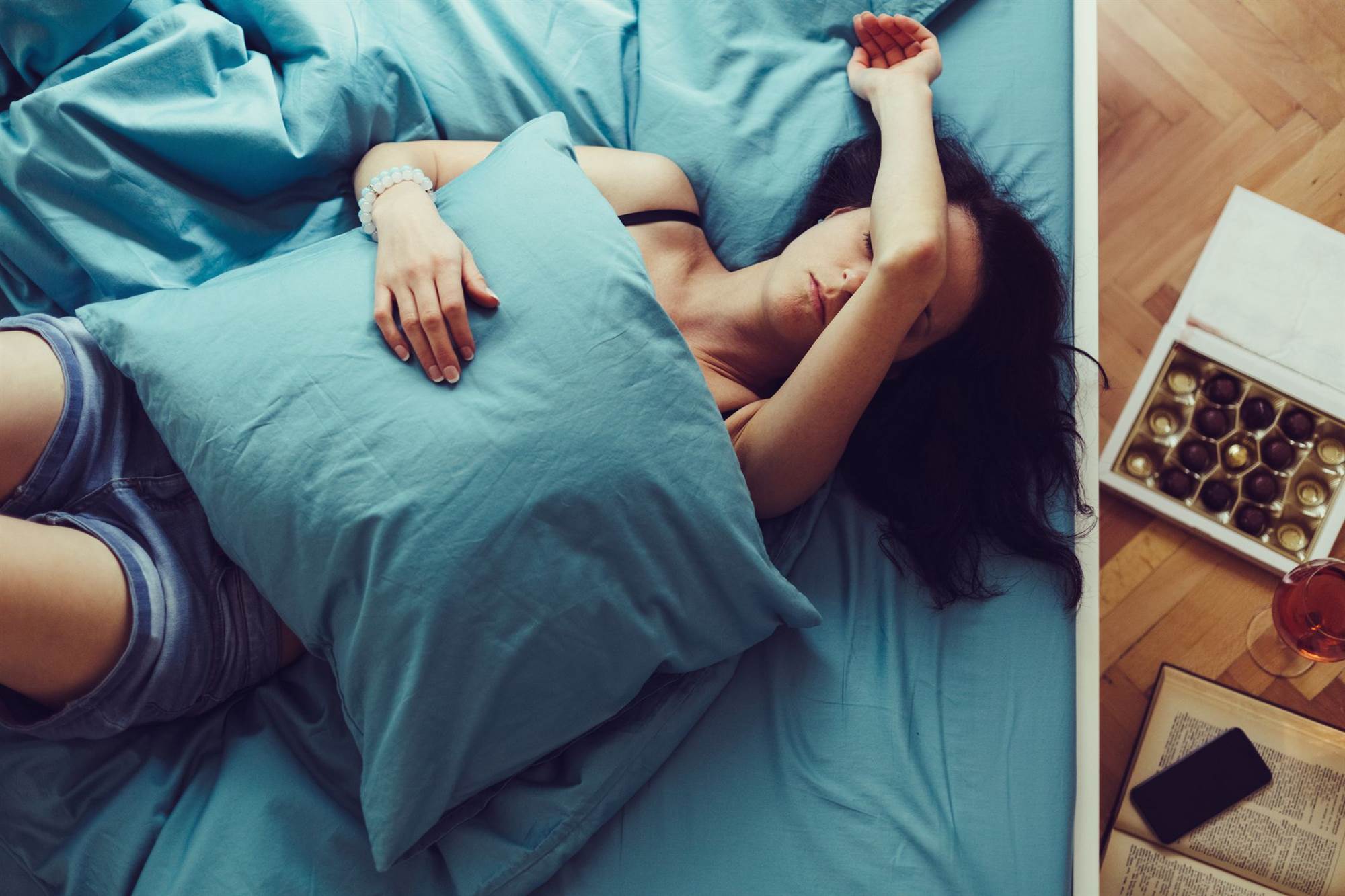 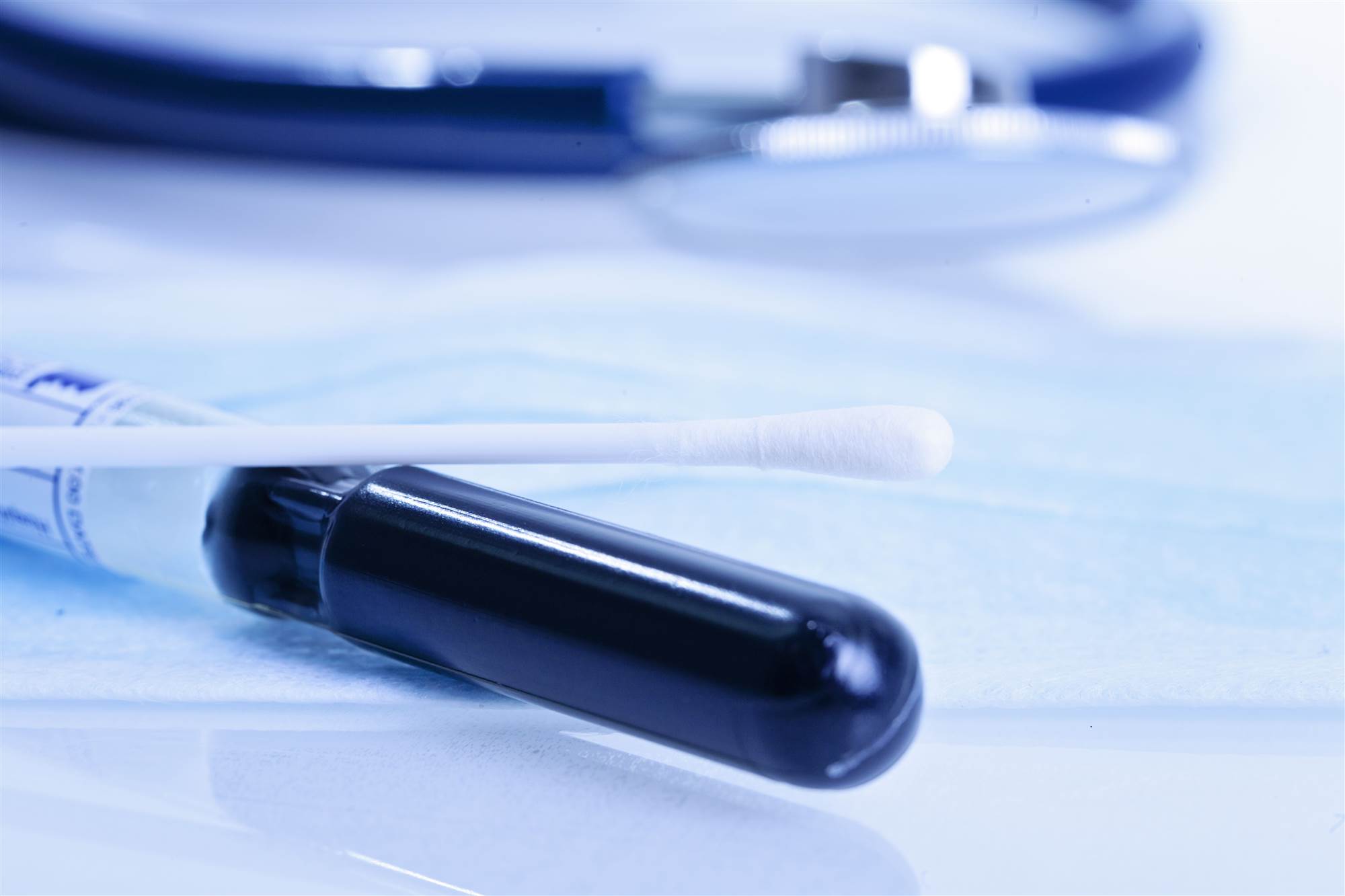 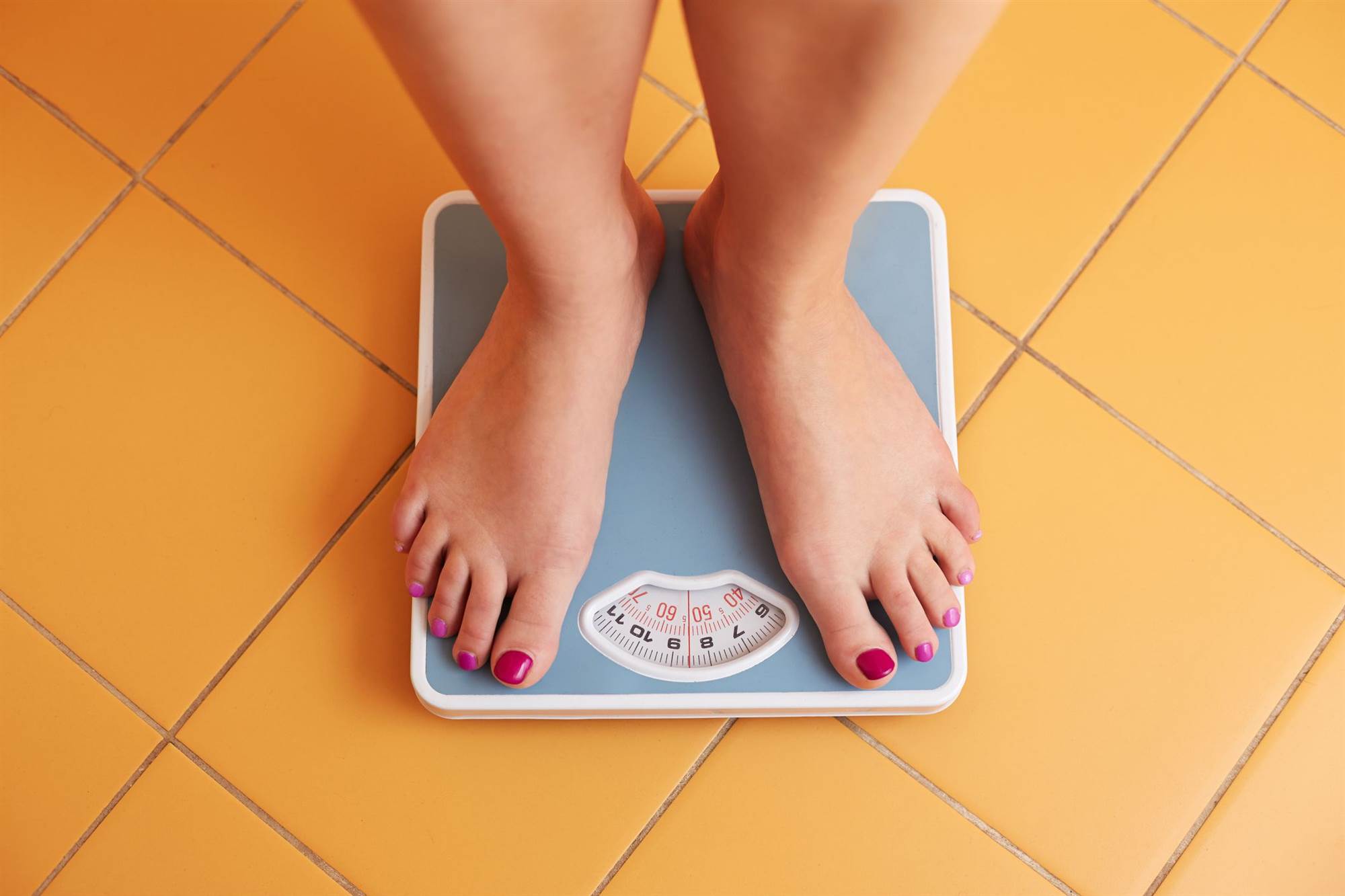 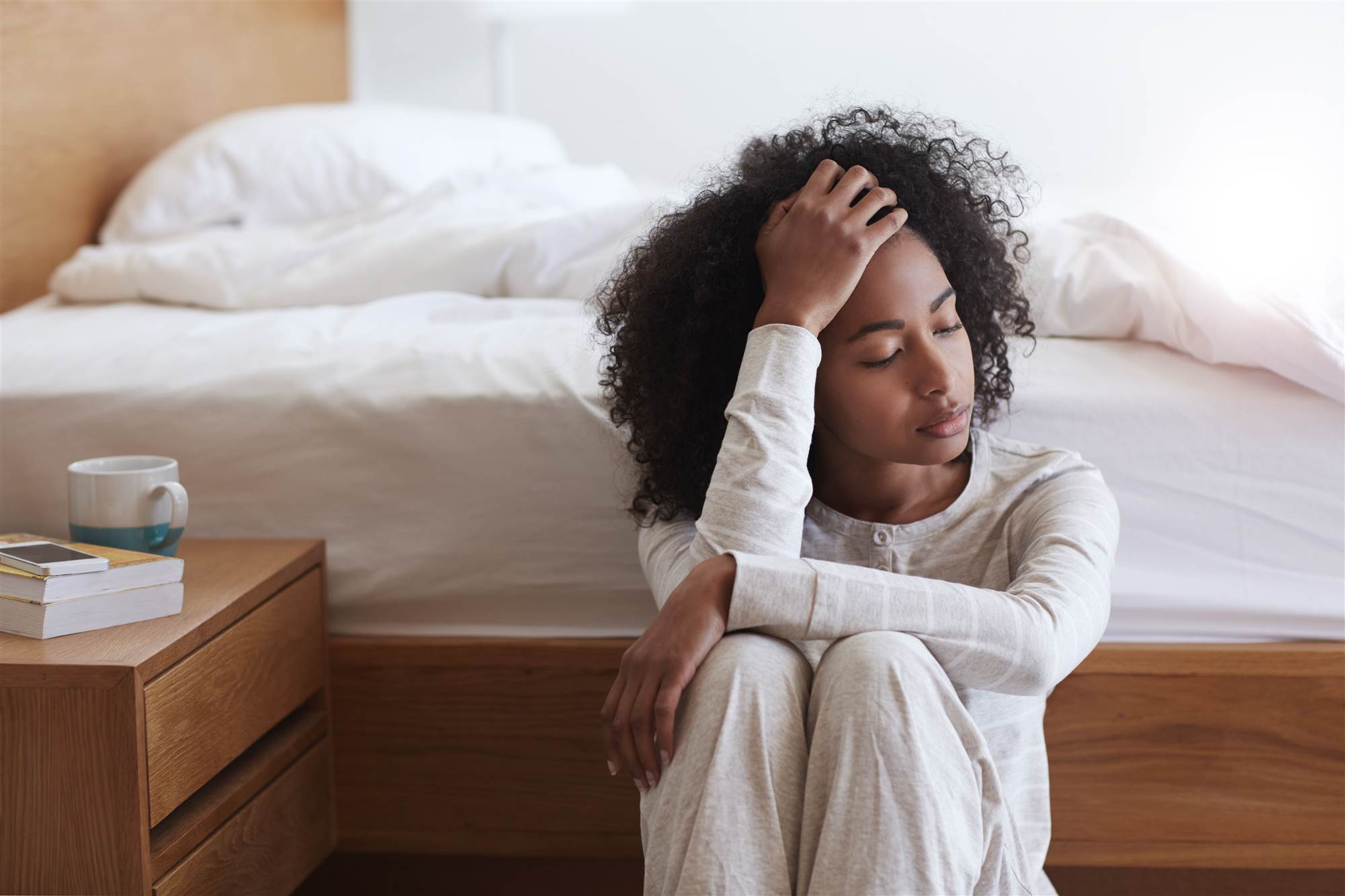 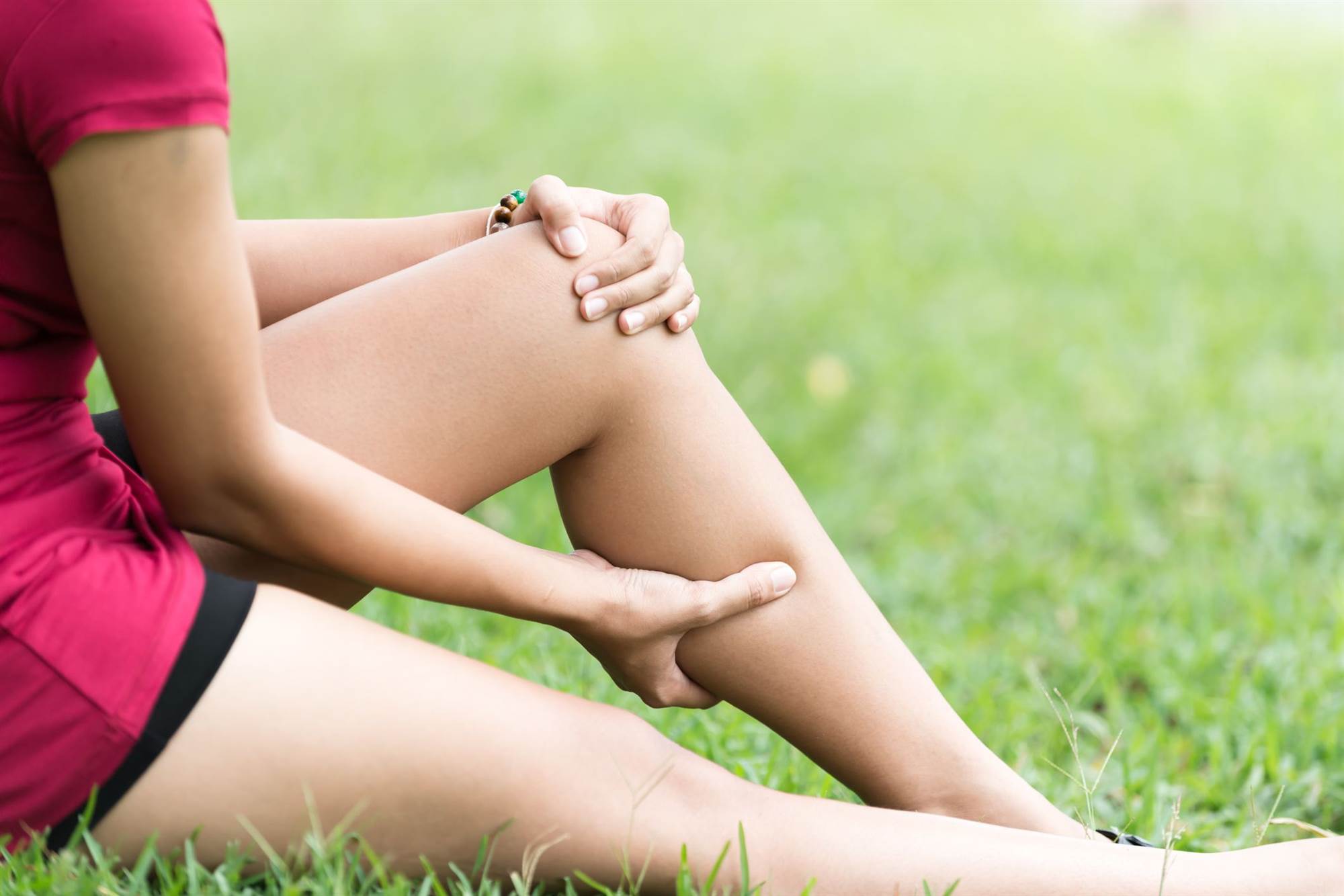 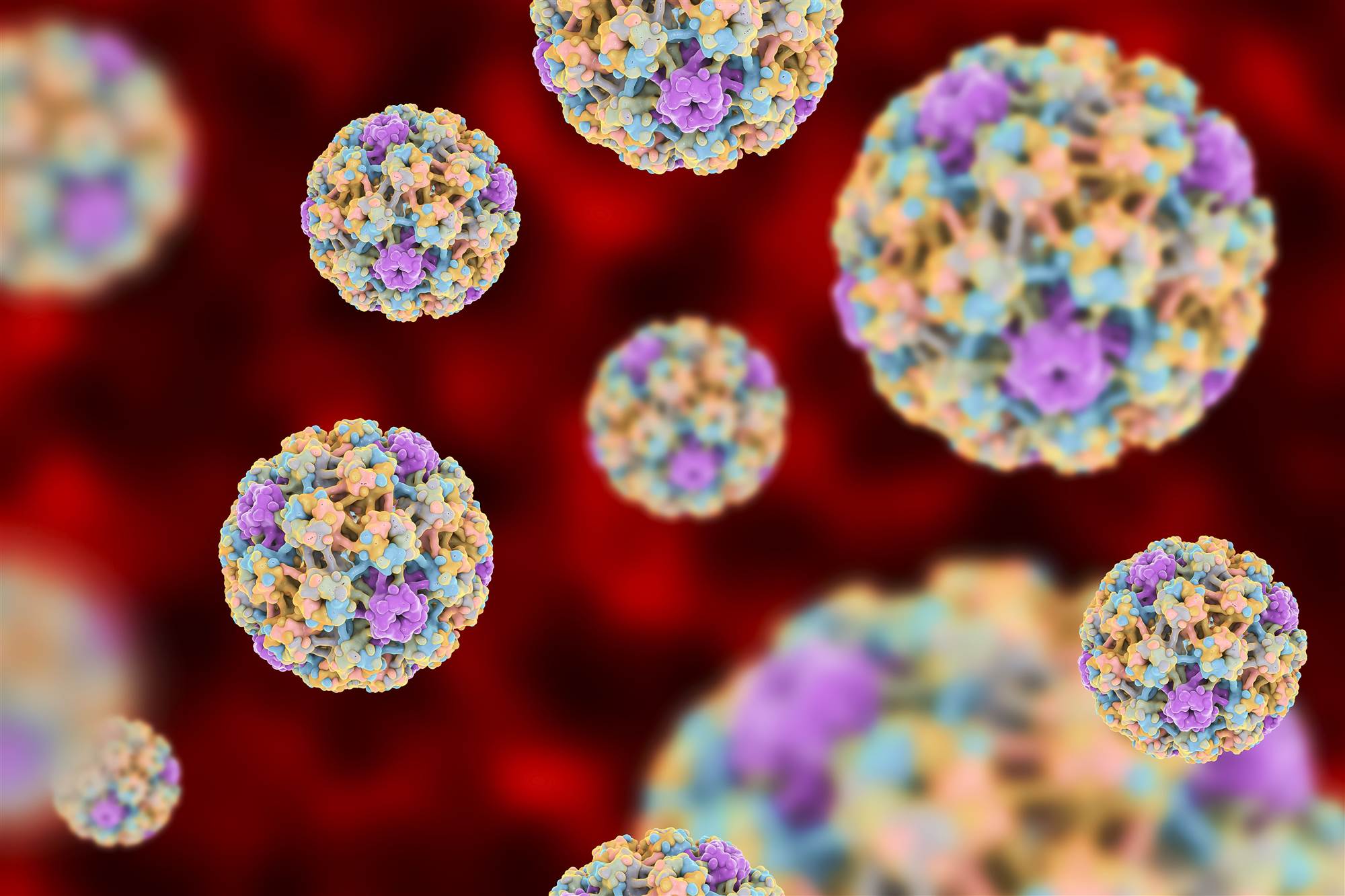 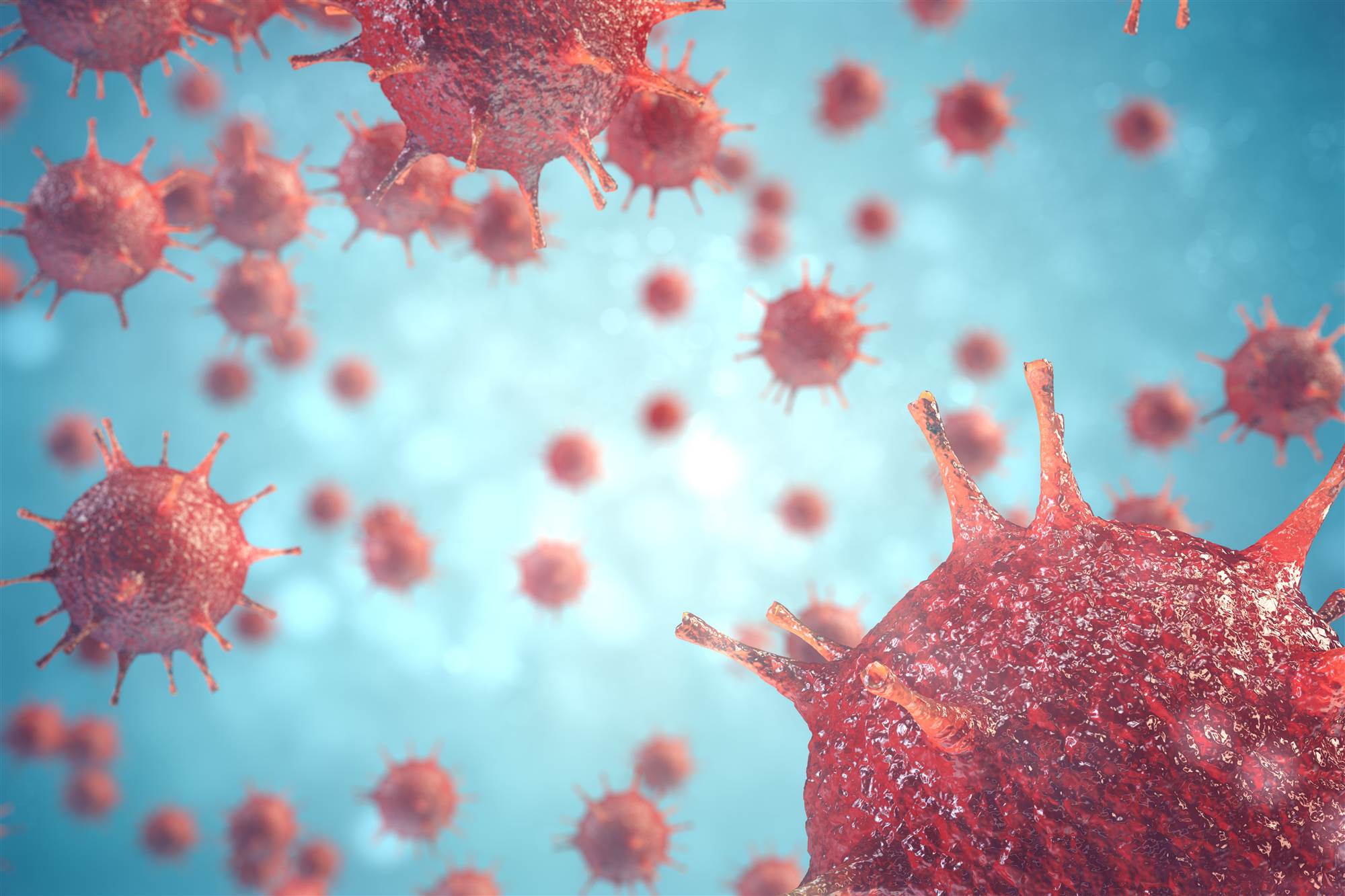 There are many reasons for vaginal discharge, but Dr Gaither explains that if it is watery and foul smelling, there may be cause for concern. While having vaginal discharge that's clear to milky white and stretchy is completely normal, fishy-smelling discharge could be a sign of an infection. Of course, abnormal vaginal discharge is more common than not, so don’t freak out right away.

Lower back and pelvic pain can be linked to problems with the reproductive organs which include the cervix. Dr Gaither warns that “persistent back pain” is what to look out for. If you begin feeling it closer to your appendix, that can mean the cancer is in a later stage. Speak to your doctor immediately.

Tumour growth throughout the tissue of the cervix will cause pain during intercourse for women with advanced stage cervical cancer. “Pain or bleeding from sex can mean many non-serious things as well,” Dr Streicher says. “It can mean inflammation of the cervix, a vaginal infection or cervical polyp - all of these are non-serious causes - which is why the general mantra is that if anything doesn’t seem right and is consistent, get it checked out.”

If you get abnormal pap smear results, don’t freak out that it’s cervical cancer right away. Your doctor will review the results to see what types of abnormalities were found. Not all cell abnormalities found in the cervix are cancer. Sometimes your doctor may order further testing to confirm results.

Fatigue is a broad symptom that can come and go and shouldn’t be used as a marker for cervical cancer on its own. However, if you’re experiencing many of these symptoms along with extreme fatigue, it's worth mentioning to your doctor.

Leg pain or swelling is a sign of cervical cancer, though it might not show up until later stages of the disease, says surgeon Dr Christine Horner. "Cervical cancer can spread to lymph nodes in the area between the hip bones. Cancer cells can also stop lymph fluid from draining away. This might lead to swelling in your legs due to fluid build up. The swelling is called lymphedema."

This is less of a symptom, and more of a risk factor for cervical cancer. Cervical cancer occurs most often in women who have had the human papillomavirus (HPV). HPV is a sexually transmitted infection that causes the production of two proteins - E6 and E7 - that turn off some of the tumour suppressor genes and allow the cervical lining cells to overgrow and develop mutations that can lead to cancer.

To date, there isn't effective treatment to cure HPV, which is why the HPV vaccine is recommended for both boys and girls ages 11 or 12 years old.

However, new research from the University of Texas has found a potential cure, and according to Dr Horner, the findings are pretty exciting.

“Current treatment for HPV is directed at alleviating local symptoms. These treatments remove lesions, but don't clear the systemic infection, which is why patients will frequently have recurrent infection,” Dr Horner explains.

“But new research has found a natural immune-boosting mushroom extract from Japan called AHCC, which has been found in clinical studies to be very effective against this virus and has the ability to eradicate the infection within three to six months.”

Having HIV or AIDS

Another risk factor for cervical cancer is having HIV. Women who have HIV are more susceptible to cervical cancer because of their compromised immune system. “The immunodeficiency status makes you more prone to catching things,” explains Dr Gaither. Women with HIV have five times a greater chance of developing cervical cancer.

I have read and accept the privacy policy and terms and conditions and by submitting my email address I agree to receive the Prevention newsletter and special offers on behalf of Prevention, nextmedia and its valued partners. We will not share your details with third parties, and will only share delivery information in the event of you being a prize winner.
This article originally appeared on prevention.com
© prevention.com Sourced: The Big Book of Walking for Weight Loss
First published: 6 Jan 2021
Tags:  conditionsnutrition/wellness

9 medical tests every woman over 40 should have

How Rebecca Gibney is banishing her “bingo wings”

6 ways to get a flatter belly while you walk

5 equipment-free moves to tone your arms after 40 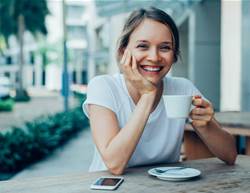 Health
Why your body needs a break from alcohol 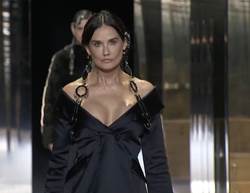 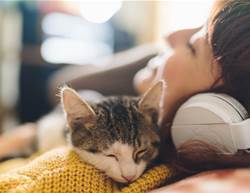 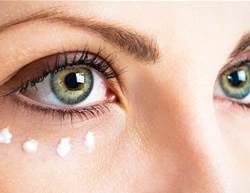