9 Reasons for Heavy Periods and What to Do About It, According to Experts

Here’s when you should call your doctor! 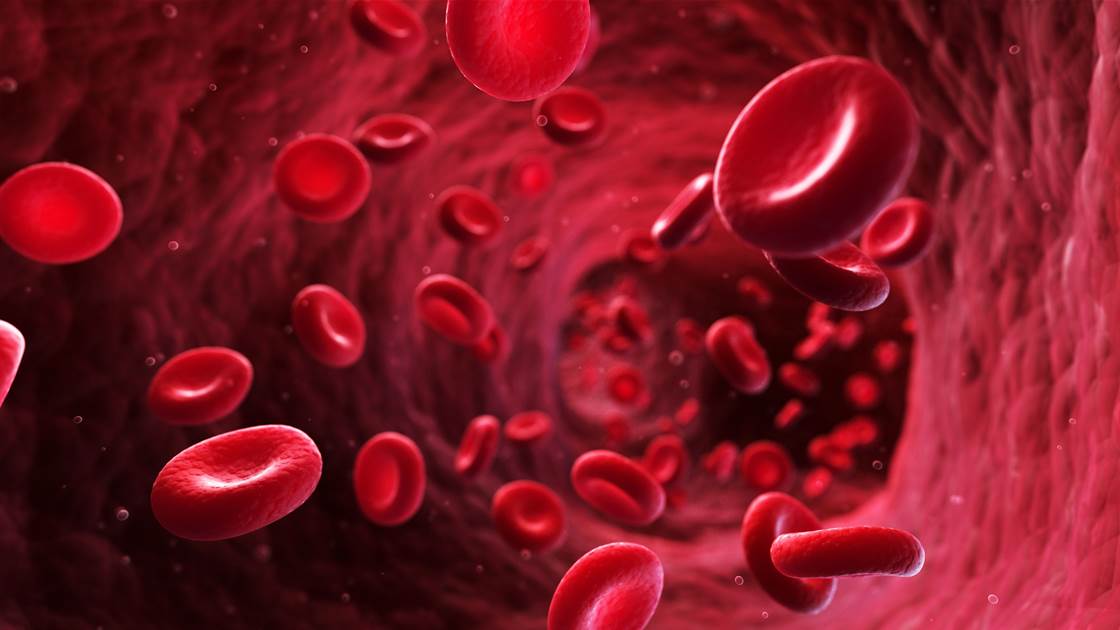 Menstrual cycles have a long list of nicknames that are charmingly dark: the curse, shark week, the blob, crimson tide, and so on. But when it comes to periods getting heavier than usual, the term that should be used most is “potential problem.”

Heavy menstrual bleeding—medically known as menorrhagia—isn’t always cause for alarm, but in some cases, the situation can be a red flag (pun totally intended) for underlying issues that may need attention. Here, gynaecologists explain the most common causes for a heavy period, along with some thoughts on when to see your doctor about it.

What are the symptoms of a heavy period?

Heavy periods fall on a spectrum. For some women, it can simply be defined as having a heavier flow than usual, causing you to soak through pads or tampons at a more rapid pace. Menorrhagia, on the other hand, is a serious diagnosis and can result in significant blood loss. Here are some signs to watch out for include:

What causes a heavy period? 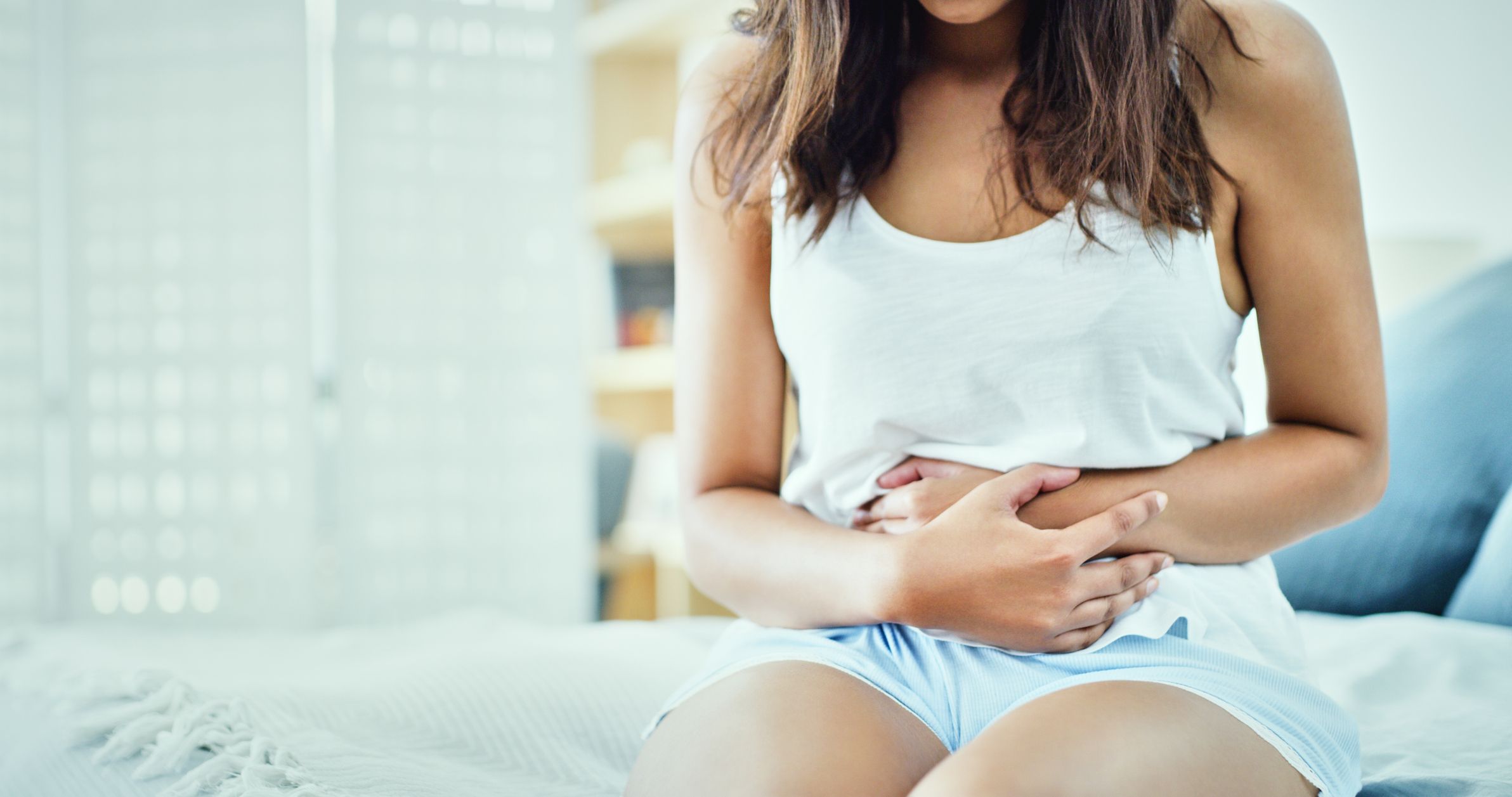 An overactive or underactive thyroid are two of the most common culprits for menstrual difficulties, according to gynaecologist Dr Sherry Ross. That’s because your thyroid actually helps control your menstrual cycle, she says.

Although thyroid disease can cause your periods to stop for several months, it can also lead to heavy and irregular periods, Dr. Ross says. It’s an underactive thyroid that tends to be the heavy period producer, because your ovaries are not making enough progesterone—the hormone that helps lower your flow.

Known as PCOS, this condition affects how the ovaries work, Dr. Ross says. Although it can cause loss of periods or irregular cycles, it can also lead to heavy flow due to hormonal shifts, and can be made worse by weight gain.

Excess oestrogen leads to a thickened uterine lining that isn’t shed by the production of progesterone. (Those with PCOS usually don’t ovulate, which kicks off progesterone production.) That can lead to heavier flow as well as more clotting.

Almost always benign, fibroids are muscular tumors that grow in the wall of the uterus, and Dr. Ross says they’re common, especially as women age. Having a family history increases your risk, and so does being African American.

In addition to heavy bleeding, you’re likely to experience pain along with some bloating and lower back pain, which is why the issue is often mistaken as a heavier-than-usual period. Fibroids are often detected in a regular pelvic exam, but your doctor may suggest imaging like an ultrasound or MRI to get a better idea of where they’re located.

Instead of the standard 28-day length of time for a cycle—which can vary between 21 to 35 days and still be considered normal, Dr. Ruiz notes—a change in oestrogen as the body prepares for menopause may mean the body is still creating a thicker uterine lining but not shedding it yet. A missed period or two during this time means that lining continues to increase until gravity does its part.

“The lining starts to fall off from getting too thick and that’s when you’ll see a heavy menstrual flow, often with significant clots,” he says. “Some of these patients can bleed for weeks like this, which is not good, because then there’s an anaemia risk.”

In the first trimester, signs of a miscarriage can mimic a menstrual period, because there will be bleeding and clotting, says Dr. Ross. For some women, they may not have even known they were pregnant. Statistics suggest as many as 30% of women will experience this at least once, and causes can include chromosomal abnormalities, autoimmune disease, infections, and structural issues with the uterus, among other factors.

If you suddenly try to go from couch potato to triathlete, it can cause a hormonal imbalance as your body attempts to adjust, Dr. Ross says. Although amenorrhea can happen, which means you lose your period, your body could decide to swing in the other direction and go heavy instead.

“This causes physical stress, which influences your periods, and that can happen over weeks and months,” she notes. As you keep intensifying your training, your periods may become increasingly heavier, she says.

Again with the oestrogen: Extreme weight gain can increase body fat, particularly in the abdominal region, which is where the majority of your oestrogen is produced. Dr. Ross says that as oestrogen increases, that can lead to thicker uterine lining and generally heavier periods. Women who have obesity also tend to experience periods that are longer than seven days and come with blood clots.

“Significant weight loss can reverse this effect,” she says. “That causes a decrease in body fat and estrogen production, making your periods lighter.”

Certain bleeding disorders, like von Willebrand’s disease, platelet function defects, thrombocytopenia, and clotting factor deficiencies can also lead to a heavy flow. Among women with heavy menstrual bleeding, one of these may be the cause in up to 24% of them—especially young women, says Dr Carolyn Swenson, an assistant professor of obstetrics and gynecology at the University of Michigan.

The average woman with a bleeding disorder could first experience prolonged bleeding as young as six years old, but may not receive a diagnosis until 23. Other symptoms to look out for include excessive bleeding after an injury, prolonged nosebleeds, blood in urine or stool, and bruising easily.

Certainly, this is not the potential cause that should be your first thought during a heavy period, but it's a small possibility. Heavy bleeding is one of the biggest early signs of uterine, cervical, and endometrial cancer, especially if a woman has already been through menopause and no longer has periods.

But even for those who regularly have menstrual cycles on the heavier side, getting annual screenings is important to make sure cancers like these are caught early if they do develop.

When should you see a doctor about your heavy period?

Again, what’s considered “heavy” varies by person, according gynaecologist Dr Lucille Russo. For example, if you’ve had heavy periods all your life and been checked about it, that would be far less of a concern than if your periods suddenly became much heavier than usual.

“Typically, I tell patients if they are soaking through a maxi pad or super tampon every hour for a few hours, they should call,” says Dr. Russo. “Also, if their periods are heavy and long, like lasting more than 10 days, or they are persistently bleeding between periods, they should contact their doctor.”

Two other signs to make the call include seeing multiple clots that are bigger than 2cm wide, and needing to us both pads and tampons at the same time, she adds.

Even if you don’t have any of the underlying issues mentioned here, it’s worth speaking with your doctor about potential treatments, Dr. Russo says, because persistently heavy periods can often cause anaemia, a condition where there aren’t enough healthy red blood cells to carry needed oxygen to your body’s tissues. That can lead to fatigue, weakness, dizziness, and rapid heartbeat with exercise.

Bottom line: In general, it’s likely you know when something seems wrong down there—get it checked to be safe.

NB: This article was medically reviewed by Carolyn Swenson, M.D., an assistant professor of obstetrics and gynecology and member of the Prevention Medical Review Board, on March 27, 2020.

I have read and accept the privacy policy and terms and conditions and by submitting my email address I agree to receive the Prevention newsletter and special offers on behalf of Prevention, nextmedia and its valued partners. We will not share your details with third parties, and will only share delivery information in the event of you being a prize winner.
This article originally appeared on prevention.com
© prevention.com
First published: 28 Mar 2020
Tags:  healthnutrition/wellness