Reality star Anna Heinrich shares how daring to take risks has given her the fulfilling life she enjoys now. 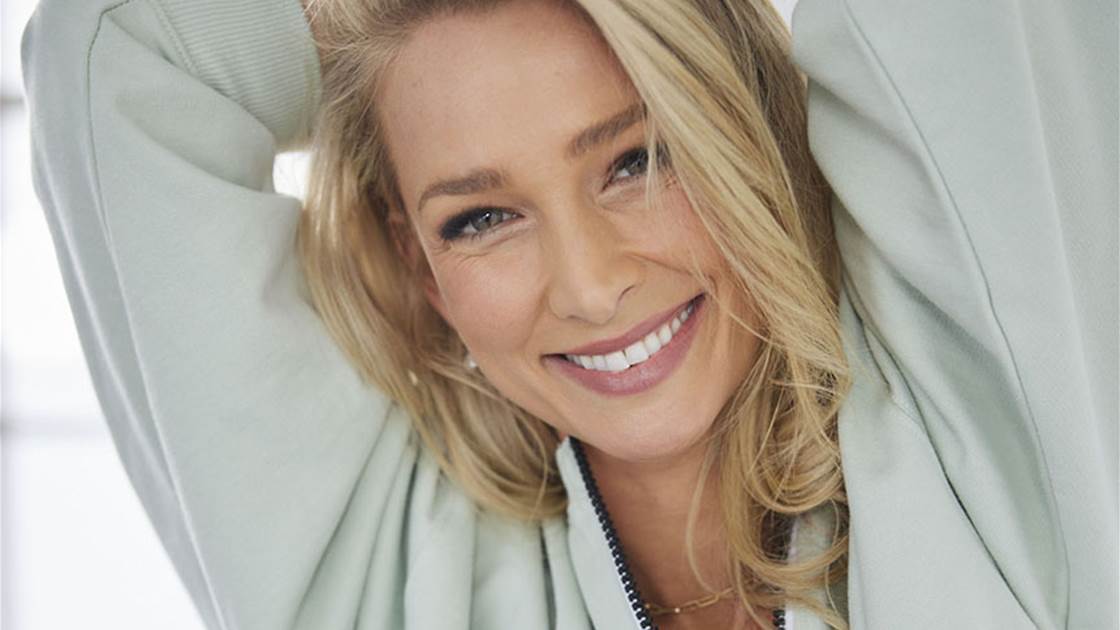 It’s been raining and the weather is particularly grey and miserable outside; this is in complete contrast to the woman in front of me. Warm and approachable, Anna draws you in with her easy manner. There are no airs and graces, even after being primped by make-up artists and stylists for several hours of posing in front of the camera for this cover story. What strikes me is her genuine joy and humbleness in how she approaches everything. “It’s such an honour to get to do what I do,” she says. “I really love it.”

The 35-year-old former lawyer is having what might be considered a ‘moment’ in the spotlight after a successful stint on the Seven Network’s popular reality series SAS Australia. It’s almost a decade since Anna first caught the public eye on the first series of The Bachelor in 2013, when she won the heart of bachelor Tim Robards.

Tim and Anna married five years later. “It’s going to be our 10-year anniversary next year, so we’d better plan something,” she says, laughing. Anna lights up whenever she talks about her husband. “Sometimes I feel like we have to pinch ourselves because we’re so lucky to have each other.” When people express scepticism or doubt around how they fell in love, she says she understands that cynicism, “but, at the same time, this is my life and I’m so grateful for it”.

Deciding to join The Bachelor and put herself out there wasn’t an easy decision. She was plagued by doubts and didn’t tell her family until the final stages of casting. “They weren’t very happy about it,” she says with a smile. After all, she was just starting out in a serious career as a lawyer.

“I was very aware of the fact that this could be my downfall,” she remembers. “I didn’t want to lose my job over it.” Eventually, with the reassurance that she did have a job to come back to, she decided to give it a go – and the rest is history. “It kickstarted everything for me and a kind of life I never thought I would live.”

For Anna, communication is key to the success of her marriage. “One thing we do routinely is sit down and talk about everything that we have planned for the week and how we can both make time for both of us,” she says. And while they both have projects on the go, the couple shares looking after their one-year-old daughter, Elle. “We discuss everything. So, if there’s an issue, we’ll chat about it and move on.” Anna admits the juggle can be a challenge at times, but because they communicate and plan so well, it makes it easier to get through those busy times.

She credits Tim for a lot of her success. “He’s the reason I’ve grown so much over the past nine years,” she says. “Before we met, we were very different people. I think we thought we were the same and we shared a love for a lot of common things, like family, but we were actually quite different people.” She believes that her path could have looked very different. “He’s brought me out of my shell a lot,” reveals Anna. “I always say that if I didn’t meet him, I’d probably still be in the same job at the same firm. He’s definitely allowed me to flourish and he’s always pushing me to be better. “I hate saying this,” she says, laughing, “but he’s helped me become a better version of myself. He’s my number one supporter.”

“I feel like you start again when you become a mother,” she says. “You do everything you can in preparation for it, but nothing can really prepare you for what it’s going to be like. It’s a totally different world. It’s probably the biggest thing that’s ever happened to me.” But she acknowledges that the adjustment and weight of responsibility that comes with motherhood was a big change for her. “I went from looking after myself to now looking after someone else,” she says. Leading up to it, there were times she worried. “I thought, ‘Am I going to be able to continue working?’”

But she also understood that with the changes comes growth, and having Elle has taught her that she can be better and do more. “This year is the busiest year I’ve ever had and I’m doing more than I’ve ever done before,” Anna says. She’s launched a new health and beauty supplements brand called Intu Wellness, she’s starred in the fiercely physical SAS Australia and has also been busy playing mum. “To think that having a child was going to hold me back, it’s actually pushed me further. It’s been great.”

On Being In The Public Eye

“It can be tough,” she says. “It’s hard when you put up a photo of your daughter [on social media] and someone finds a way to critique or criticise it.” But she understands that it comes with the territory and she tries to manage it as best she can. “I sometimes feel like I hold a lot in because I want to preserve that part of ‘me’ in my life. I’m not someone who likes to put everything from morning to night on social media. I like to have a life outside of that.”

And she credits her strong bond with her close group of school friends and her family for keeping her grounded. “I pride myself on balance,” she says. “We give as much as we need to, but we do have a life that’s not in the public eye.” And she concedes that she’s grown a thicker skin as she’s grown older. “I’m not being anyone but me. If you love it, great; if you hate it, great.”

On Friends And Family

One of three kids, and the middle child to boot, Anna laughs when asked about her sisters. “They definitely keep me grounded, but are very supportive,” she says. “We’re really close.” Her friendships are equally important to her and she’s careful to nurture those relationships. Boarding school allowed her to make lifelong friends who she remains close to. “It’s not like we see each other all the time, but I know they’ll always be there. They’re always going to be close friends.” Right now, she says that it’s hugely important to surround herself with positive, uplifting people “who can help you move forward in life in a good way. It’s all about friends and family.”

On Food And Fitness

As with most things in her life, Anna strives for balance. “I love food, but I’m not someone who has a really strict diet,” she says. “If I feel like a sandwich, I’ll have a sandwich, but, generally speaking, I do try to stick to healthier choices because I know that’s going to make me feel my best.” It’s an approach she shares with Tim. She thinks it’s funny that people assume they’re overly strict because he’s so fit. “He loves his ice-cream. He loves his cake. Tim eats chocolate daily. Or he’ll have something ‘naughty’ every single day,” she says, laughing. “But then he does work out extremely hard. It’s all about balance. And I think that should be your approach to not only food, but everything in life, too.” 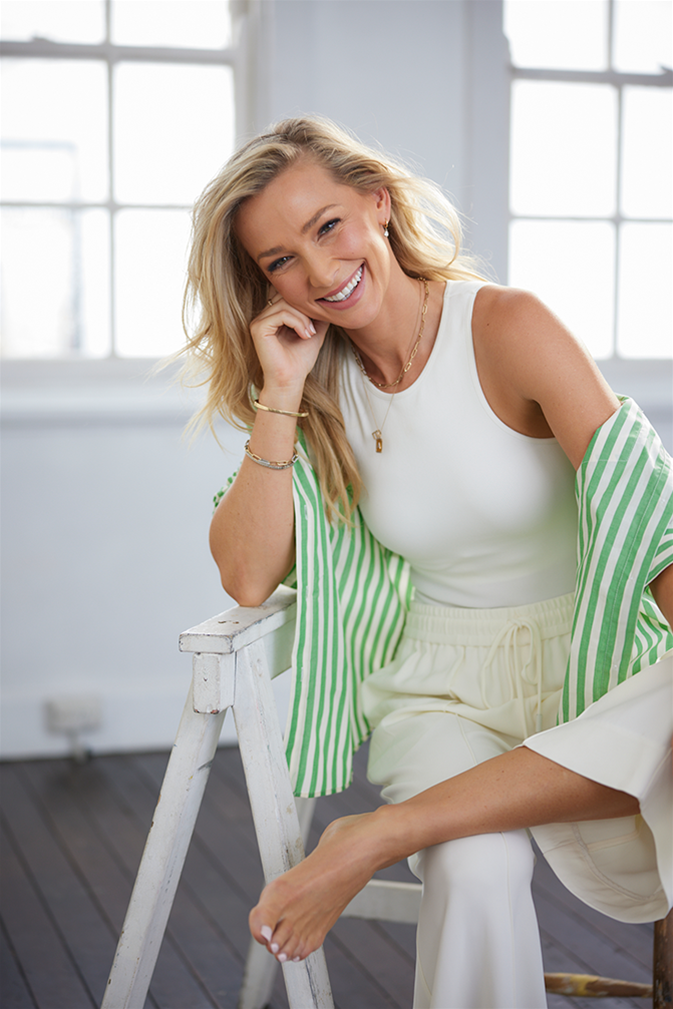 On What Motivates Her

Anna’s motivation for doing SAS Australia was Elle, but it was equally Tim’s belief in her ability to be able to do it that gave her the confidence to push through. “I want to make sure that Elle grows up with a mum who’s doing everything she can; that [her mum] is competent, she’s happy,” Anna says. “And I want to make sure that everything that I say and do sets a good example for her.” She’s adamant that she never thought she’d do a show like SAS Australia, but she’s glad that she pushed herself to do it. “Otherwise, I’d kind of just cruise and just sail on, and life would be good, but I wouldn’t be pushing those boundaries and learning more about myself.” Of the impact the demanding series has had on her, she admits: “Going in, I didn’t think I could do it, and then coming out, I knew I could do it.”

“I think it’s going to be focusing on my daughter, my business and my family,” Anna says. “But one thing I did learn in SAS Australia was to not anticipate what was to come.” And right now she doesn’t want to plan too far ahead. “I want to focus on the now and I think that’s important because I’ve always been such a planner, but it can also be my downfall where I’m focusing too far ahead. I want to be in the here and now.”

I have read and accept the privacy policy and terms and conditions and by submitting my email address I agree to receive the Prevention newsletter and special offers on behalf of Prevention, nextmedia and its valued partners. We will not share your details with third parties, and will only share delivery information in the event of you being a prize winner.
© Prevention Australia
First published: 8 Jul 2022
Tags:  positive ageing