How to improve the appearance of varicose veins

The typical signs of ageing are often those niggling pains that we can keep to ourself but one aspect of getting older that is often on show for all to see is varicose veins. Often unsightly they can also be painful but you don’t have to grin and bear it 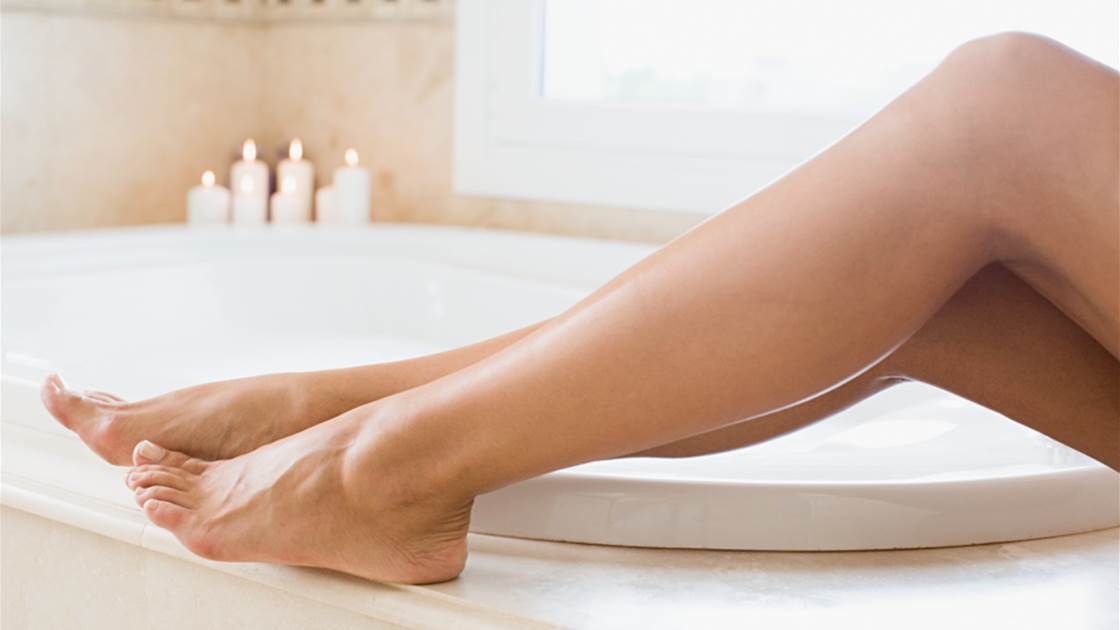 Bulging, twisted varicose veins are quite common in women. They tend to appear during menopause – typically on the legs – when hormonal changes relax the vein walls. Ageing also plays a role, as the valves that regulate blood ﬂow in veins weaken. The result? Instead of travelling to your heart, some of your blood ﬂows back into your veins and collects there, causing small spider veins and larger, lumpier varicose ones. They’re also linked to venous insufficiency, a circulation problem that occurs in larger, deeper veins and may indicate a potentially dangerous blood clot. To improve the appearance of veins and protect your health, consider these strategies.

This outpatient procedure, which is performed without anaesthesia, eliminates spider and varicose veins via an injection of a foam or salt solution called a sclerosant. The solution irritates the lining of the blood vessel, causing the veins to collapse. They will then scar and fade over time, generally a few weeks, as they’re reabsorbed into surrounding tissue. A very ﬁne needle is used and there may be some pain. More than one treatment is generally required to fully close off the veins. Bruising and swelling can occur and may last several days or weeks.

You’re likely familiar with these tight, high stockings, which put pressure on legs to prevent blood from pooling in the veins. They’re not a cosmetic ﬁ x, but they can help relieve swelling and aching. For best results, wear stockings daily, wash them after each use and replace every six months. You will also ﬁnd that compression stockings must be worn after sclerotherapy to assist healing.

While it can be used for cosmetic purposes, endovenous ablation is usually recommended for painful varicose veins. A doctor threads a thin catheter into the vein to cauterise and seal it using either radiofrequency or laser energy. This minimally invasive procedure is often performed on a vessel deep in the thigh called the great saphenous vein, which, when it becomes varicose, can cause blood to back up, bulging in smaller veins. Ablation collapses the saphenous vein, and any varicose veins feeding into it also shrink and disappear. Treatment takes about an hour, but you need to wait six to eight weeks to see the full effects. It is considered safe but in rare cases can cause nerve damage or blood clots.

Physical activity is important for anyone with varicose veins because it stimulates blood ﬂ ow. Just about any form of exercise will do the trick, but swimming is particularly beneﬁcial. Cycling will also increase blood circulation in legs, which is beneﬁcial. The contraction of your leg muscles and the pressure of the water help move blood through the veins. You should also avoid sitting or standing for long periods of time – both may worsen varicose veins by allowing blood to pool in your legs. Remember to take breaks and get up from your desk and go for a quick walk. Or if you’re standing all day take seated breaks regularly.

Studies of these nutritional compounds, which include a group of antioxidants called oligomeric proanthocyanidins, show they beat a placebo at reducing the swelling, aching and pain associated with varicose veins and venous insufficiency. If swelling is one of your main concerns, consider wearing compression stockings and taking 50mg of the bioflavonoid rutin a day. You can find bioflavonoid supplements at major chemists, supermarkets, health food stores or online. A recent study found that doing both relieved swelling better than stockings alone.

This herb contains a compound called aescin, which has been shown to reduce inflammation and leakage, possibly by strengthening blood vessel walls. Several clinical trials have found that horse chestnut extract also relieves symptoms such as leg pain, heaviness and swelling. But in general, the supplement is best for those with small varicose veins. You should seek medical advice before taking this supplement as it could affect conditions such as liver or kidney disease.

This recently approved outpatient procedure involves injecting a medical glue called VenaSeal to glue shut the defective vein. Once the vein is sealed, it is gradually absorbed by the body. Advantages of VenaSeal include minimal bruising, low risk of nerve damage, and little to no discomfort.

A procedure called mechanochemical ablation (MOCA) involves inserting a catheter which simultaneously agitates the vein’s lining with a rotating wire tip and injects a liquid to seal the vessel. MOCA is effective when used to treat large veins; it can also be used without anaesthesia and with a lower risk of nerve injury than endovenous ablation. And because the incision is tiny, you’ll likely experience less pain or soreness than with other varicose vein therapies.

Unlike treatments that collapse unsightly veins, TIPP (transilluminated powered phlebectomy) allows doctors to remove them completely without harming circulation. A surgeon inserts a small tube with a fibreoptic light into one incision near the vein to illuminate the vessel, then extracts it with a special surgical tool placed in a separate incision. TIPP is good for removing large clusters of varicose veins. The procedure isn’t widely available yet, however, and the cost can be prohibitive – check your health insurance to see if it is cover if done for medical reasons.

I have read and accept the privacy policy and terms and conditions and by submitting my email address I agree to receive the Prevention newsletter and special offers on behalf of Prevention, nextmedia and its valued partners. We will not share your details with third parties, and will only share delivery information in the event of you being a prize winner.
© Prevention Australia
First published: 16 Jun 2021
Tags:  varicose veins