And here's what happened 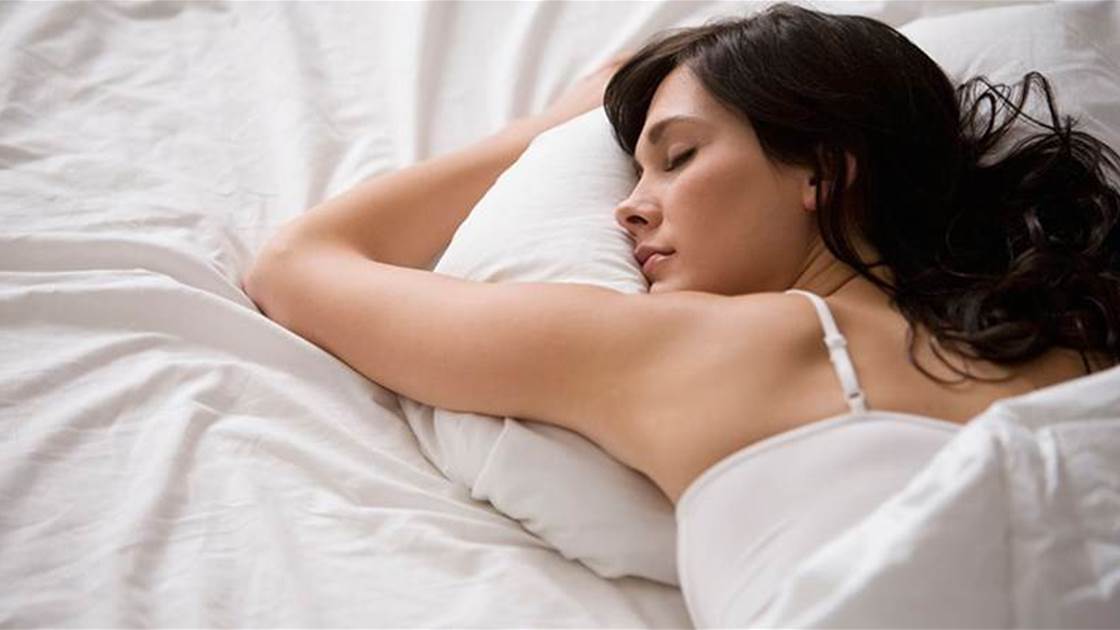 "Sleep isn't my thing. I'm a night owl by nature, and I usually crawl into bed around 1 or 2 AM. My kids wake me up at sunrise, and I stumble to the kitchen in a fog, brew a pot of coffee, and promise myself I'll go to bed earlier that night. But it never happens. Burning the midnight oil is my "me time," and I'm hard-pressed to give up those hours when the house is finally quiet and I can put on my headphones, listen to throwback playlists, and write in peace. Sleep, for me, is like eating kale or jumping rope—I'm aware it's good for me, but there are a thousand other things I'd rather do.

MORE: Here's what happened when I stopped watching TV

As it turns out, I'm not alone as most people don't get the recommended 7 to 8 hours per night, and our collective lack of sleep is considered a public health epidemic. Sleep can lower your immune function, ding your productivity, and even raise your risk of cancer, diabetes, and depression. Apparently my sleep-when-I'm-dead philosophy could actually kill me.

But to be honest, that didn't motivate me to go to sleep any earlier. My wake-up call (er, go-to-sleep call?) came a few weeks ago, while writing a story on surprising conditions that can cause weight gain. Insomnia was on the list, and I couldn't ignore the overwhelming evidence that sleep plays a vital role in weight management, along with diet and exercise. Lack of sleep can raise cortisol levels, which causes fat retention around the midsection. Fatigue makes it harder to exercise, and willpower is usually subzero when you're sleep-deprived.

MORE: What you must feel to get over a break up

Despite skimping on shut-eye, I'm a dedicated exerciser: I recently ran my first half marathon and am currently training for my second. I also eat my veggies, watch my portions, and load up on protein. Yet my weight hasn't budged in months, and I definitely have an apple shape. Were my sleep habits to blame for weight-loss plateau and roundish middle? When I came across a "7-Day Sleep Cleanse"—basically, a detox diet for your bedtime—I decided to find out.

Let me clarify: I'm not saying a few kilos scared me more than my own mortality. It's just that, up until that point, I never felt like my lack of sleep was a problem. I'm just one of those people who can get by on less sleep, I told myself. But suddenly, I had visible confirmation that my 5-hours-a-night habit was probably affecting my health. And if the warnings about my waistline were true, then maybe those other intangibles—like diabetes and, you know, death—were also looming.

So, I decided to try the sleep cleanse. Knowing my job would probably require an unavoidable late night or two, I mentally committed to 2 weeks instead of one to give it a fair shake. There are plenty of sleep challenges out there, but the basic idea is the same: Go to bed at the same time every night. Get 7 to 8 hours. Repeat.

Going from 5 to at least 7 hours of sleep wasn't easy. The first night, I went to bed promptly at 10:30 PM but couldn't fall asleep. I stared at the ceiling, peeked at my phone, and adjusted my pillows. It took almost an hour to doze off, but I still managed to get 7 full hours. In the morning, I felt refreshed but slightly disoriented, like when you lie down for a quick catnap and wake up 3 hours later.

MORE: Does your skin need to quit sugar?

After that restless first night, falling asleep got easier—but actually getting into bed was still hard. I felt guilty shutting down my computer before midnight, as though I was sneaking out of the office early. There were still so many things on my to-do list! And while I work best under tight deadlines, my early bedtime meant I had to get most of my work done during daylight hours instead of waiting until the literal eleventh hour.

To accomplish this, I had to adjust my approach to time management. Before, I added tasks to my calendar haphazardly—do X, Y, and Z today!—and then postponed most of them until the wee hours. Now I had to assign a specific time frame to each task to make sure I stayed on schedule. File this under "Things I Should Have Done 10 Years Ago." It relieved so much of my deadline stress and reduced the time I spent in rabbit holes of procrastination.

Going to sleep early also eliminated my midnight snack habit, simply because I wasn't awake at midnight. And during the day, I wasn't mindlessly munching quite as often. About 10 days into the challenge, I felt significantly less puffy. Still, the number on the scale was holding steady, so I figured it was my imagination until my personal trainer commented, "Have you been running more? You look leaner."

When I got home later that day, I grabbed a measuring tape and realized I'd lost about an inch off my waist. Was it the lack of late-night snacks? Fewer stress hormones? I have no idea, but either way—as much as I hated to admit it—falling asleep early had made a difference.

Of course, every challenge has its cheat days, and I celebrated the end of my 2-week trial with a night-owl bender: I guzzled coffee at 11 PM and stayed up for hours, watching concert videos on YouTube and shopping for maxi dresses. But the next night I was in bed by 11:30 PM. I still don't like shutting down early, but I've finally accepted that it's something I need to do—at least most of the time."

I have read and accept the privacy policy and terms and conditions and by submitting my email address I agree to receive the Prevention newsletter and special offers on behalf of Prevention, nextmedia and its valued partners. We will not share your details with third parties, and will only share delivery information in the event of you being a prize winner.
This article originally appeared on prevention.com
© Prevention Australia
First published: 29 Jun 2016