It took seven painful months before I got the proper diagnosis. 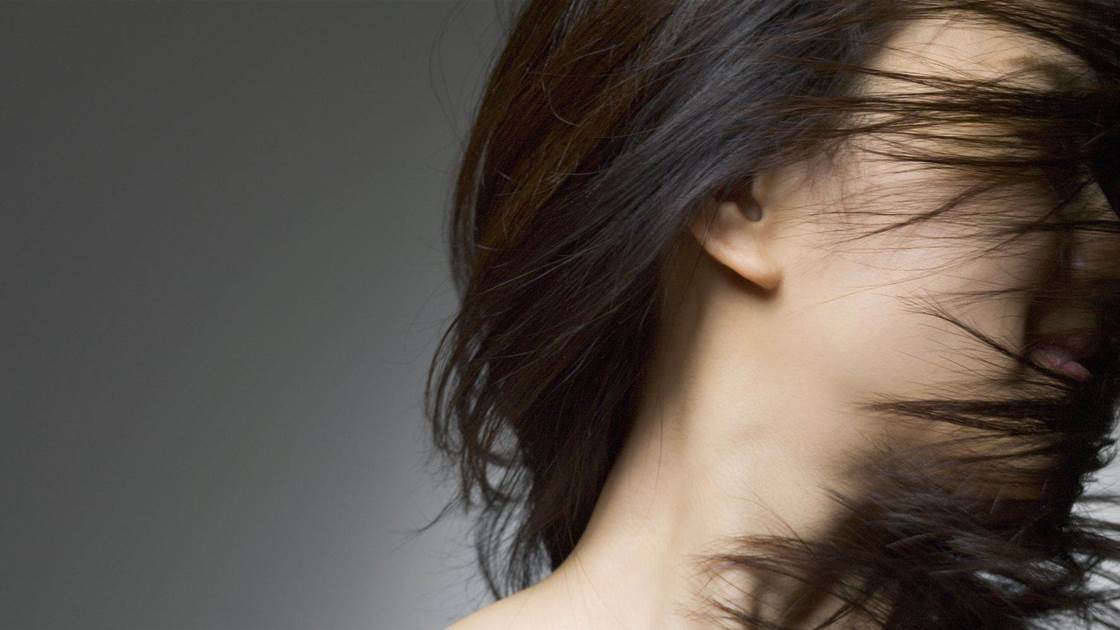 Not long after my 30th birthday, I began experiencing fleeting moments where it felt like my apartment was somehow tilting to the left. These moments were sporadic, and usually occurring when lying down, so I ignored them for a while. Then, two years later, I dropped 10 kilos in less than a month, and felt like someone was injecting me with adrenaline 24 hours a day. At that point, I knew something was seriously wrong.

Distraught, I went to the doctor. My skin was thin and sagging from the enormous weight loss. Handfuls of hair would fall out while I was in the shower. My back hurt, my head was throbbing, and every time I ate I struggled to swallow. I explained to my doctor the unbridled anxiety I was experiencing, resulting in severe insomnia and the bizarre feeling that I wasn’t actually walking, but levitating. She explained to me that some women go through these types of changes as they get older, and what I was likely experiencing was anxiety, or extreme PMT. She offered me Prozac that could be taken during the second phase of my menstrual cycle.

I was dumbfounded. I asked for a blood test, any blood test, just to see what might be wrong. But, she assured me, it was just anxiety.

The fight for a real diagnosis

I was a complete wreck for seven months. After Googling my symptoms endlessly, consulting friends, and visiting specialists, I finally found the doctor who would eventually diagnose me with Hashimoto's thyroiditis, a relatively common autoimmune disease that affects the thyroid.

In a typical Hashimoto’s case, the immune system makes antibodies that attack the thyroid gland, causing inflammation and a leak of excess thyroid hormones. Eventually, inflammation prevents the thyroid from producing enough hormone, which results hypothyroidism. Most people don’t realise they have Hashimoto’s until they’re experiencing hypothyroidism symptoms, such as fatigue, sluggishness, and weight gain; my body was different, and went haywire right off the bat. That’s likely why no doctor recognised what was happening to me at first.

Still, it’s very common for thyroid conditions to be misdiagnosed. Thyroid symptoms-including fatigue, anxiety, brain fog, depression, and hair loss-can be caused by any number of other conditions. And it doesn’t help matters that women in general tend to be misdiagnosed by doctors more frequently than men.

A light at the end of the tunnel

I have been on medication for about five months and the improvements are nothing short of miraculous. I eat and drink normally and exercise regularly without feeling like I might pass out-and there have been other changes that I would have never expected. My mental attitude is noticeably different. While I have always been an outgoing, social person, my tendency to overthink and worry about things has greatly diminished. This part of my personality was something I had grown to believe as being simply “who I was,” but it turns out, it’s not. Every couple of weeks or so I experience more improvement, and I start to feel not just like myself, but a better version of myself. Ups and downs are par for the course when diagnosed with any form of illness, and recognizing that you will get better and have more agency in this situation is a powerful tool.

I have read and accept the privacy policy and terms and conditions and by submitting my email address I agree to receive the Prevention newsletter and special offers on behalf of Prevention, nextmedia and its valued partners. We will not share your details with third parties, and will only share delivery information in the event of you being a prize winner.
This article originally appeared on prevention.com
© prevention.com
First published: 20 Jan 2021
Tags:  conditionsmental healthmisdiagnosednutrition/wellnessweight problems