Jess Rowe Opens Up About Being Perfectly Imperfect at 50

Former TV presenter and self-confessed “crap housewife” Jessica Rowe opens up about turning 50, embracing imperfection, and how stepping away from television was the best decision ever. 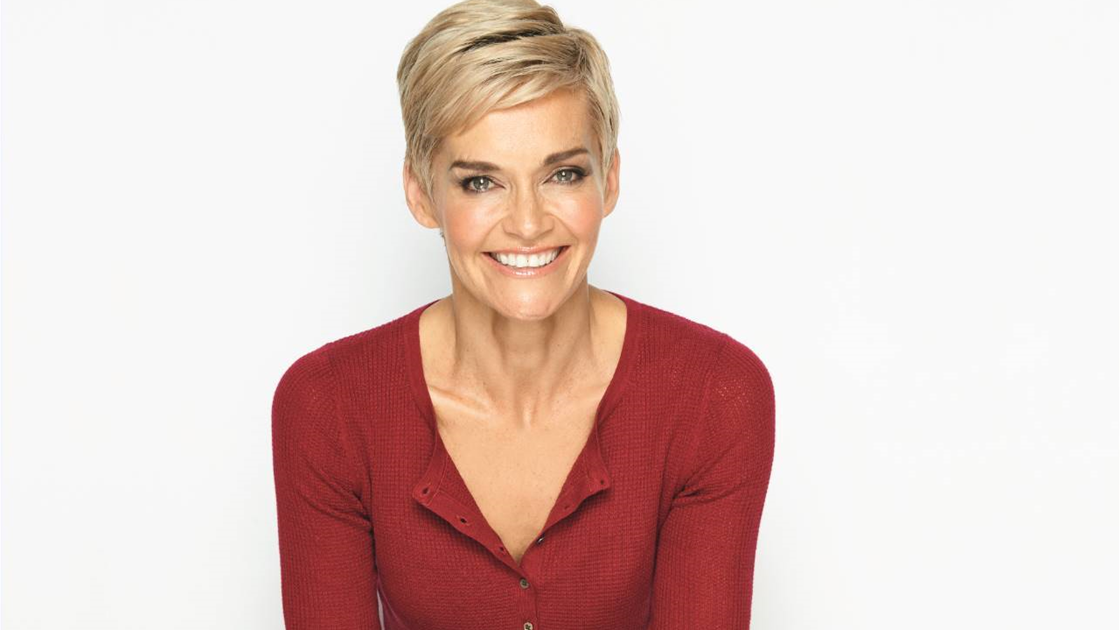 There’s something about Jessica Rowe that exudes joy. From her animated smile to the way she delights in laughing at herself on her social media, she’s the kind of woman whose effervescent presence is so refreshing you can’t help but feel inspired to take life a little less seriously.

A self-confessed “oversharer”, the former Studio 10 co-host has a natural way of relating to people whether on screen or in the supermarket. Since leaving her high-profile gig on Network Ten in 2018 to spend more time with her husband, journalist Peter Overton, and her two children, she’s continued to sparkle and radiate her own brand of raw authenticity.

From stints on celeb talent shows Dancing With The Stars and The Real Dirty Dancing to becoming a mental health advocate for Beyond Blue to spurring a social media phenomenon – sharing pictures of her nightly dinners with her 140,000 followers on Instagram alongside the caption #craphousewife – she’s become a true force of nature to be reckoned with.

How the 'crap housewife' phenomenon came about

I’ve always been a crap housewife – messy, unorganised, and not interested in cooking – but it was only when I went online and saw all these mums making immaculate pirate-shaped sandwiches, watermelon cut into stars, and fruit free, fun-free balls of nothingness that I decided to go public.

Initially, I looked at them and thought, “I don’t do that, so I must be a terrible mother.” Then I got cross and thought, “Why am I allowing my sense of self and how I mother be defined by people I don’t know?”

So I decided to start posting the dinners I cooked for my family every night with the hashtag #craphousewife. Little did I know it would strike a chord and I’d end up with a wonderful sisterhood of crap housewives! Women now give me new mince recipes all the time (I’m always on the lookout; mince is highly underrated!), and when I’m in the supermarket, I’ll have a laugh with people – “Yes, look, I’m buying the mince again!”.

What walking away from TV taught her

I've learned that you always have a choice and that you need to listen to your heart. I realised I wasn’t happy and I was working so hard – but for what? To be grumpy with my children and husband? Was that the sort of life I wanted to lead just to present as being the ‘perfect’ career woman? No, I was tired and resentful and realised I didn’t want to be the person who didn’t appreciate their life, so I made the choice to resign. That was more than two years ago now and I have no regrets.

I’m excited! I’ve loved getting older and feel that, in my 40s, I really came into my own and felt comfortable in my skin for the first time. It’s a relief because now I don’t care what people think. I just think, “You know what? I like who you are!” I also feel proud of where I’m at. Making the decision to leave TV was brave, but I’m happy I made it. I think no matter our age, we have to
keep asking ourselves, “Are you happy?” and “Are you where you want to be?” That’s not to say it isn’t hard. Taking that first step, I thought, “Oh, God, this is a disaster, what am I doing?” But I’d much rather do that than live a safe and boring life because that’s how you learn and find out what you’re made of and what matters.

My family, my pussycats and puppy dog, chocolate, sequins, and sparkles. Oh, and bright lipstick. I’m a huge fan of lippie; it’s a panacea for all sorts of things and always lifts my mood.

For more inspiring interviews by Prevention, sign up to our weekly newsletter.

I have read and accept the privacy policy and terms and conditions and by submitting my email address I agree to receive the Prevention newsletter and special offers on behalf of Prevention, nextmedia and its valued partners. We will not share your details with third parties, and will only share delivery information in the event of you being a prize winner.
© Prevention Australia
First published: 21 Oct 2020
Tags:  happinessimperfectionjessica rowejoysuccess