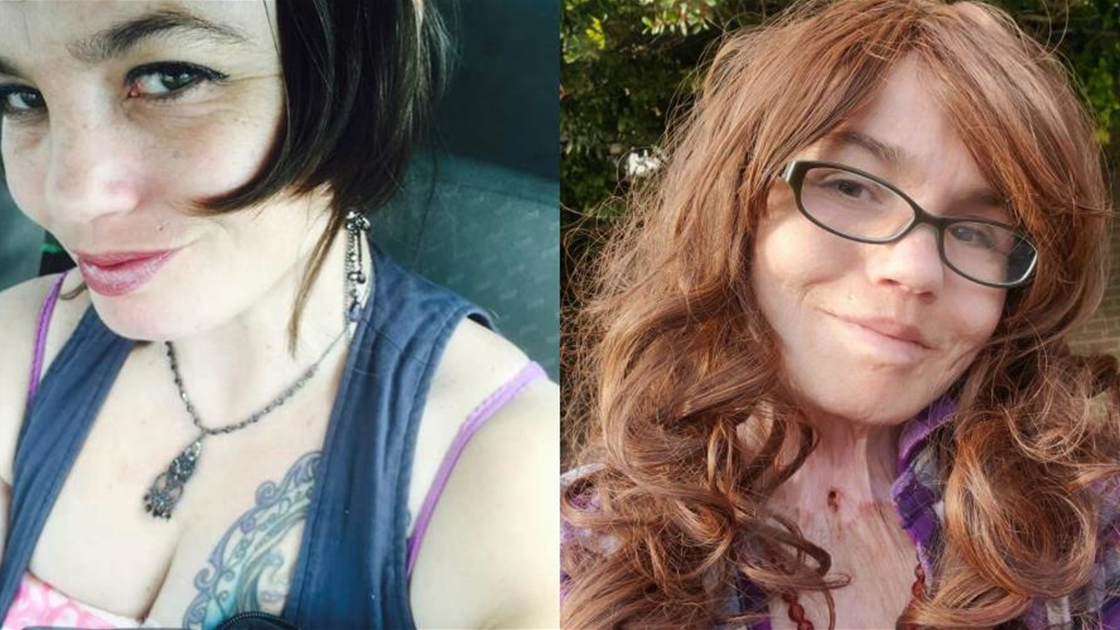 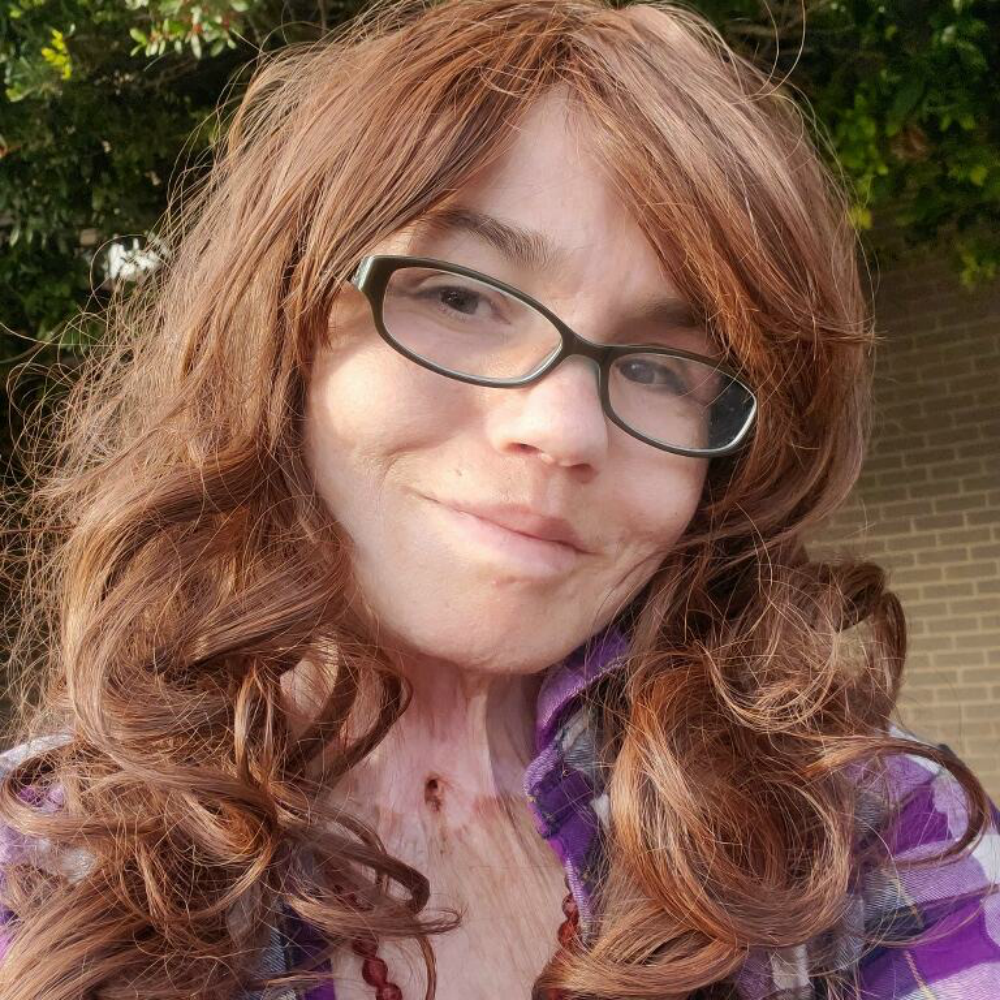 This article contains graphic details and images that may be disturbing to some readers. If you or someone you know needs help, call 1800RESPECT or visit whiteribbon.org.au. All calls are free and confidential.

On a spring day in 2018, Matthew Gerth chased me down in the parking lot of our apartment complex, doused me in kerosene, and lit me on fire. About 75% of my body was covered in burns and life as I knew it was over.

When I met Matthew less than a year prior, I had just gone through a divorce and was struggling. I was homeless, on probation, and addicted to drugs. But I was working hard to get my life together. I had recently relocated with the goal of going back to school to get my associate’s degree in early childhood education. There were a few things I still needed to take care of in my old city, so I boarded a bus to go back. It was on that bus that I met Matthew. 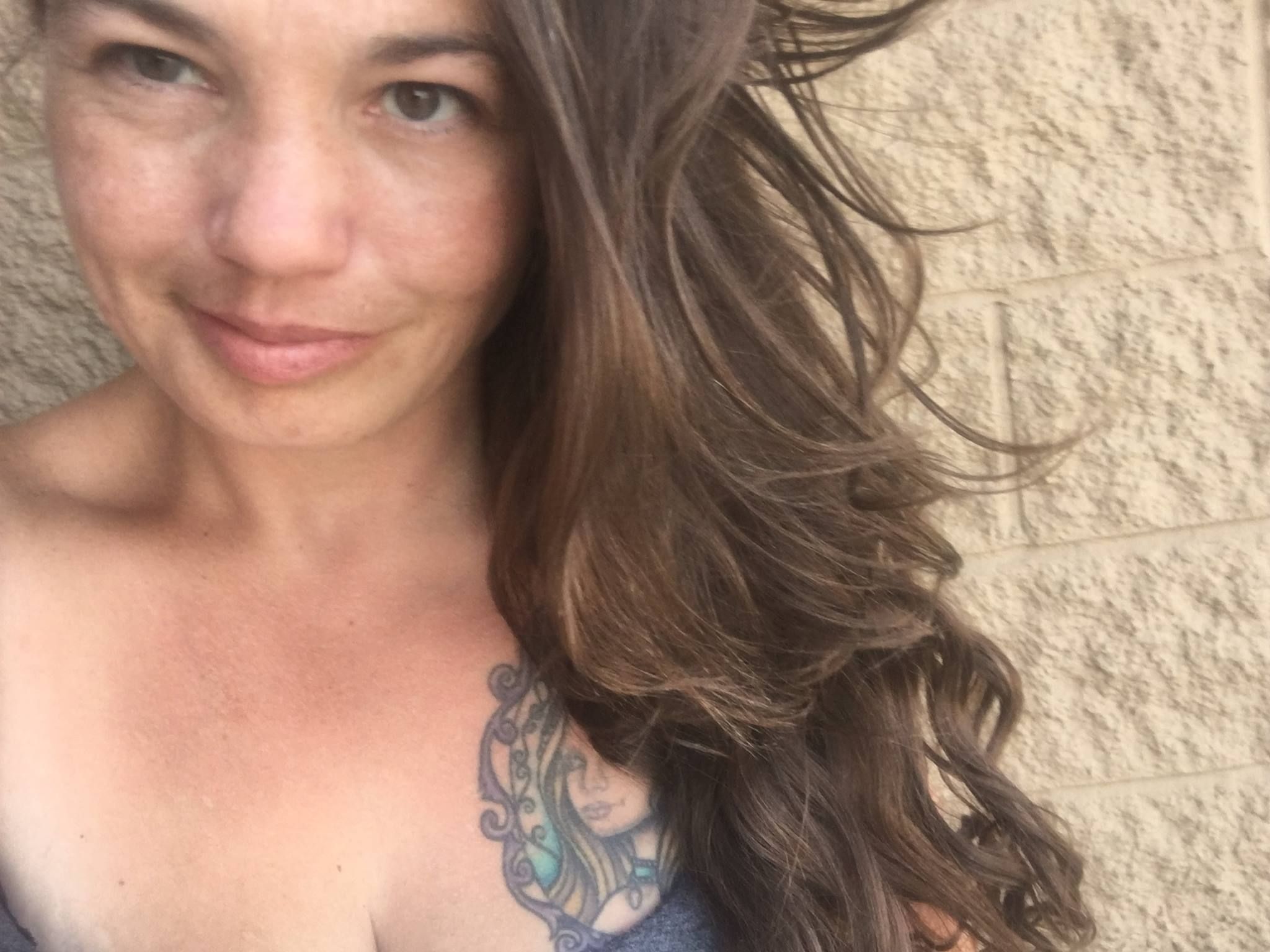 The ride was a little more than four hours. About halfway there, the bus broke down. The driver said it would take some time to repair, so I walked off and called a friend to come pick me up. I had my service dog, Cowboy, with me. Matthew approached to say he liked my dog. We started chatting and hit it off. He was cute and seemed nice. So, I offered him a ride with my friend if he’d help pay for petrol.

Even on our first night together, there was a major red flag. He showed me some knives he had on him and said, “I’m not a good guy.” Part of me thought it was weird, but I'd also learned that, like me, he had an addiction problem. Ultimately, I looked the other way because I was attracted to him.

Over the next few weeks, we became inseparable. He paid for us to stay in hotels and I became reliant on him - I had nowhere else to go. It didn’t take long before his money ran out and we began bouncing around, staying with different friends and family. Things weren’t perfect, but we were making it work.

The first time he hit me was on New Year’s Eve, 2017. We were driving down the road and he said I had "disrespected" him, which would become a common theme before he got violent. He tried to push me out of his moving car, but I held on. Then, he pulled over and punched me in the face.

I didn’t go to the cops (I was still on probation still and afraid of getting in trouble), but I did try to distance myself from him after that night. Back home, I used a couch surfing website to try to find a safe place to sleep. Until Matthew and I started talking again. I needed money and he was always talking about some business opportunity that would help me out. Our relationship became a cycle: We’d get into a fight, he’d get violent, we’d stop talking for a while, I would run out of money, and I would go back to him.

The abuse became more frequent as I continued trying to gain independence. My ex-husband helped me secure a rented room, giving me a place to live. It wasn’t nice, but it was cheap and l had a little money to continue my education. I also picked up a few small jobs. Eventually, I saved up enough to buy a van and in May of 2018, I got a job working for a jeweller. Matthew and I were living together - but this time it was my apartment. He was the one without money and he didn’t like the shift in the power dynamic. He began to try and exert control in other ways. For example, he’d act distant and sleep on the couch so that I’d give him extra attention.

On the last night we spent together, I asked him to go to the shops with me and he refused. Then, when I got home, he was angry because he thought my errand took longer than necessary. I had to show him the receipt to prove I had checked out and come straight home. I could sense something brewing, so I left the apartment and slept in my van.

The next morning, I assumed he had cooled off enough, so I went back home. He was still pissed and began yelling and chasing me around. I was backing out the door when he grabbed a machete and came toward me. I made it to the safety of my van, but I couldn’t get out of the parking lot. You need a code to get out and I was too frazzled. There were other neighbors outside and I begged them to open the gate for me. Matthew lied and told them I had stolen money from him and was trying to get away. Thankfully, there was a woman who had seen us fight before and she opened the gate.

I needed my work clothes for work the next day, so I had to return to the apartment. I went bright and early, hoping he’d still be asleep and that I could sneak in and out before he noticed. But when I walked in, he was in the kitchen cooking. He started talking to me like you talk to a dog you’re trying to coax to come to you. “Hey, how are you? Glad you’re home. Stay right there," he said softly.

My gut told me to get out of there fast. Matthew grabbed a knife from the counter. I quickly grabbed a bottle of hot sauce that was sitting on the counter. I knew pepper spray was made using hot peppers. I figured if I could get it in his eyes, it would slow him down. It didn’t work. We started scuffling and he managed to hit me in the face three times, crushing my right eye socket and nasal cavity. I noticed a torch on the table. (In my spare time, I am a fire dancer and it’s a tool that I use.) I grabbed it and managed to give him a small burn. It distracted him enough that I was able to run outside.

I was screaming for help when he caught up with me. I’ll never forget what he said. “You burn me, bitch. I’m gonna burn you.” Then, he disappeared.

My eyes were swelling up from being hit as I tried to find my van. Suddenly he was back, pouring some sort of liquid on me. As soon as I smelled it, I knew what it was - the kerosene I kept on the porch. That’s when I really started to freak out. I was screaming at the top of my lungs and could hear other people trying to talk him down, saying, “Hey man, leave her alone. Stop.” But no one actually stepped in. He ran back inside, grabbed the torch that I had used on him, and lit me on fire. Somehow, survival mode kicked in and I remembered to stop, drop, and roll. The people who had been watching yelled, “Roll over to us. We’ve got a hose. We’ll put you out. Listen to our voice.” Meanwhile, Matthew had gotten into his car to drive away. The only problem? I was laying behind his car. He got out and dragged me out of his way by my hair. As he got back into his car, I tried to roll toward the people watching.

I don’t remember what happened next. From what I’ve been able to piece together from other people’s accounts, Matthew must have realised there were witnesses because he got out of the car, took off his jacket, and tried to use it to put the fire out. He even yelled to our neighbours, “Come on people, let's put her out.” He laughed like it was a joke.

The result: There were burns covering 75% of my body. I required dozens of surgeries and had to stay in hospital for a year. I spent the first five months in a coma in the burn unit. I slept through my 40th birthday. When I woke up, my room had been decorated by my ex-husband, our daughter, and my ex-mother-in-law. The moment I came out of the coma, I remembered what had happened and wanted to talk to the police.

A GoFundMe account has been created in Danyeil's name. To donate, go here.

Recovery has been slow and painful. Some days, I still don’t recognise myself when I look in the mirror. My body is covered in scars and I lost most of my hair. Even my tattoos were burned off. It’s been hard work to get better, but I’ve never lost my motivation. I know how lucky I am to be alive and refuse to give up on my second chance.

In June of 2019, Matthew pled guilty to aggravated assault causing serious bodily injury. I was the first person to testify at his trial. I got on the stand and stared him down. He couldn’t take it and looked away. In the end, it took the judge less than 20 minutes to sentence him to life in prison. I remember the judge saying, “I believe that you earned every single day of this life sentence.” I loved that.

His sentence gave me the closure I needed to move forward with my new life. Things still aren’t easy for me. I have nightmares, am on lots of different medications, and I am going to need additional surgeries and rehab. I require a wheelchair to get around. I was even homeless for a time after I was released from the hospital and then a nursing home. Thankfully, a women’s shelter for domestic violence survivors called Hope’s Door New Beginning Center welcomed me in. They have helped me so much. 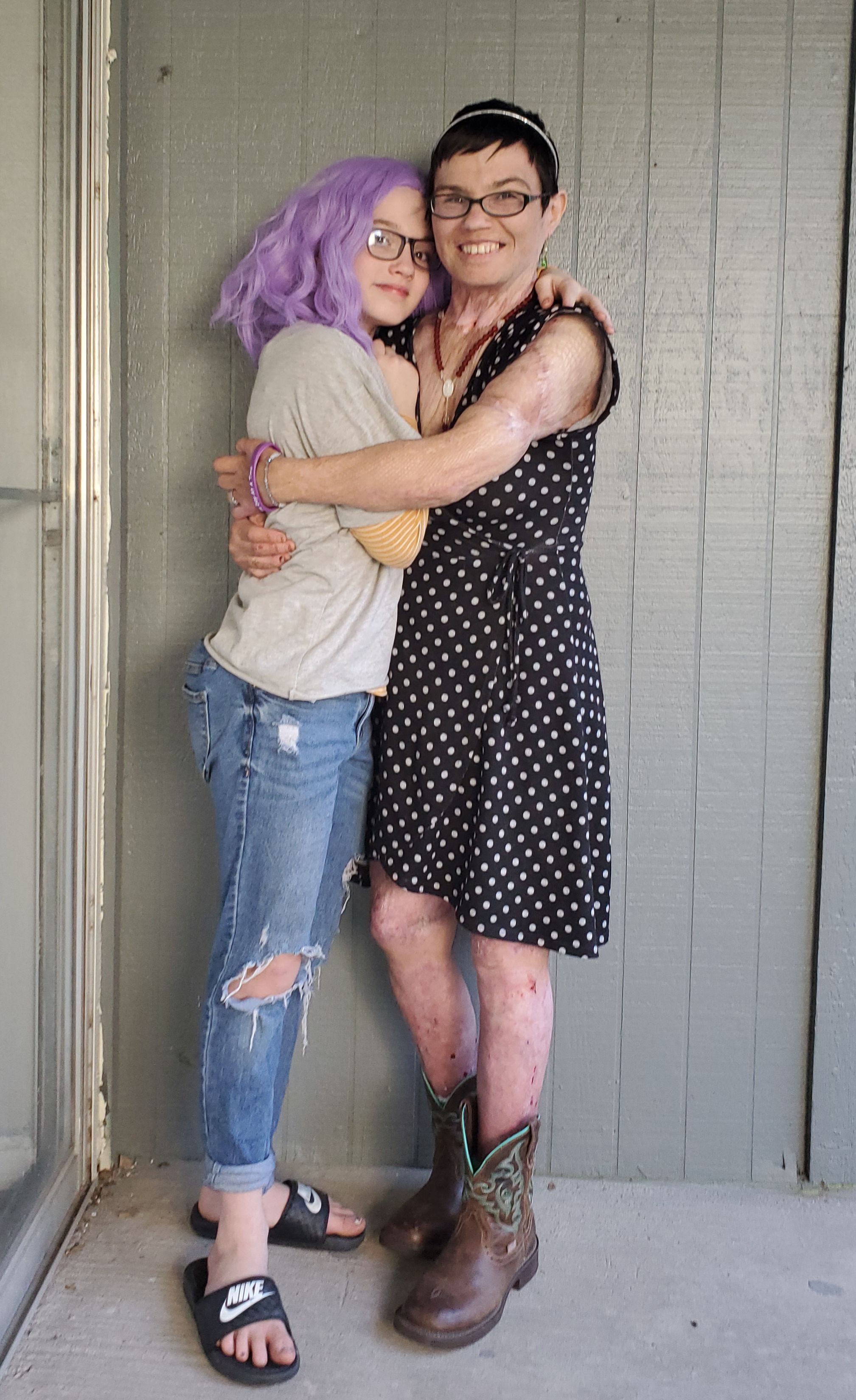 Today, I am hopeful for my future. I still have Cowboy, my service dog, and we recently got our own apartment. Eventually, I’d like to get another job working with jewellery. But for now, I just hope that sharing my story will help other women who are going through similar experiences. I always felt like I owed Matthew something because I had been dependent on him. I thought I could change him. But the truth is, you can’t change men like that. I want other women to know that if they have the courage to leave, they should. And never go back.

I have read and accept the privacy policy and terms and conditions and by submitting my email address I agree to receive the Prevention newsletter and special offers on behalf of Prevention, nextmedia and its valued partners. We will not share your details with third parties, and will only share delivery information in the event of you being a prize winner.
This article originally appeared on prevention.com
© prevention.com Sourced: The Big Book of Walking for Weight Loss
First published: 27 Jan 2020
Tags:  liferelationships 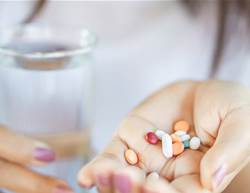 Health
Wondering What Happens To Your Belly After Antibiotics? The Experts Explain 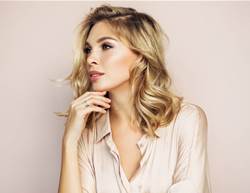 Positive Ageing
How To Stop Your Hair Colour From Fading 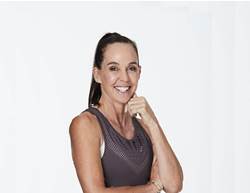 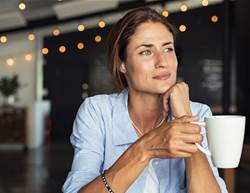