My UTI turned out to be bladder cancer

Sarah thought she was just having a bad run with UTIs, but the blood in her urine was a sign of something far more serious. 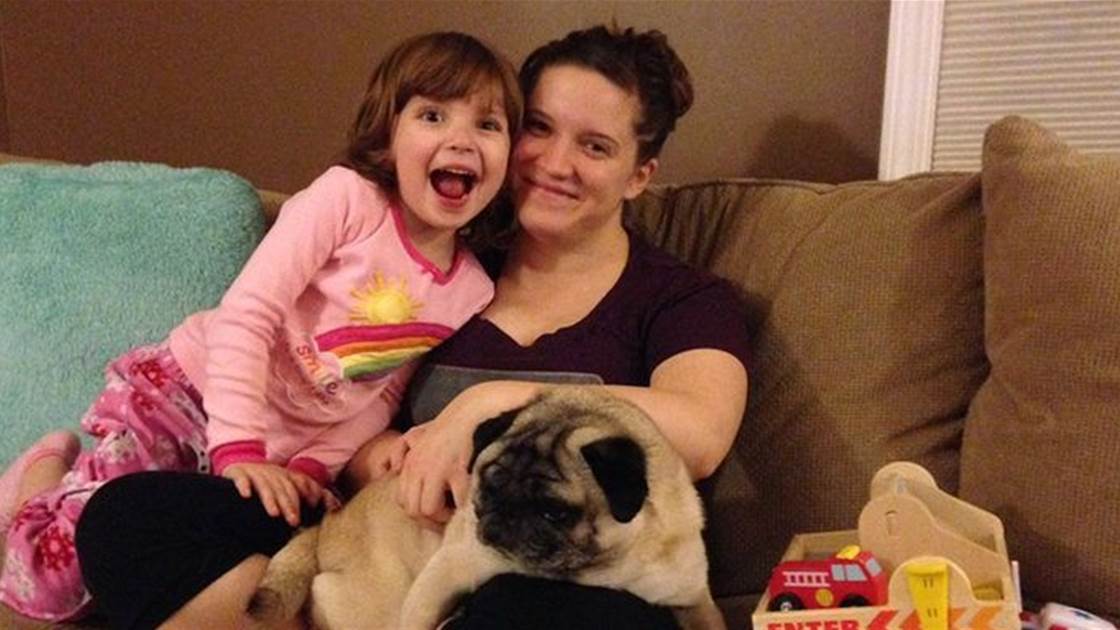 It was happening again: for the third time in six months, a dab of rose-pink urine was showing up on my toilet paper after I used the bathroom. I rolled my eyes and dropped the paper in between my legs, hitting the flush button hard. This again?

Having blood in my urine wasn't normal, I knew – but I didn't think it was anything life-threatening, either. At age 28 I had already experienced kidney stones, urinary tract infections and even mid-cycle spotting, all of which had resulted in light pink blood on my toilet paper in the past. With no other symptoms, I figured this time, like all the others, it was probably something easily treatable. I called the doctor and made an appointment that day, expecting to come home with an antibiotic and orders to hydrate.

But when I went to the appointment and the doctor glanced at my chart, she paused, ruminating over the urinalysis results. "I really don't think this is kidney-stone related," she said slowly. My white blood cell counts were elevated, and there was a significant amount of protein in my urine, neither of which was normal. Wanting to get to the bottom of it, I let her schedule an ultrasound of my kidneys and bladder for the following week – although I still expected it to be a kidney stone. I left the office without an antibiotic and without any answers.

The following week, a day after my ultrasound, I came home from running errands and my husband met me at the door. "I need to talk to you," he said, and led me into his office by the hand, closing the door and directing me to sit on his office chair. Did somebody die? I thought.

"The doctor called with your ultrasound results," he said, "and they found something on your bladder. A mass."

"They don't know," he replied, carefully. "They said it could be a number of things, so they want you to call back and schedule an appointment with the urologist."

Numb, I pulled my phone out of my bag and began dialing the urologist's office as I tried to soothe myself. What were those growths called – the ones that are benign? It's probably that. Or a cyst. Or a shadow on the ultrasound screen. It's got to be that.

My voice shook as I scheduled the follow-up test – something called a cystoscopy, in which the doctor would insert a tube with a camera in my urethra and manoeuver it up to look at my bladder. With the scope, the urologist could see the mass up close and determine whether it looked malignant. For a week, I waited, vacillating between mild annoyance and terror.

"Google says it could be cancer," I told a group of online friends, during the week I was waiting, knowing that I was living out every cliché of someone who turned to Google to diagnose their symptoms. Although we were chatting over Facebook messenger, I could collectively hear them roll their eyes.

"It's not cancer," one said. Another friend, a doctor, shot that down as well. "It's so statistically unlikely," she told me, noting that people who had bladder cancer were mostly heavy-smoking men over 55, and I was none of those things. I allowed myself to breathe a little easier.

On the day of the appointment, we dropped my kids off at my parents' house, who blessedly didn't have work that day. In the doctor's office, I changed into a paper gown and lay on the exam table with my feet up in stirrups, my husband sitting directly behind me, holding my outstretched hand. The nurse applied some topical lidocaine to numb me, the doctor inserted the scope, and within 10 seconds my bladder flashed on the television screen next to the bed, bright pink with thousands of tiny, red veins. There, on the surface, I saw the mass from the ultrasound screen–large and shaped like a sea anemone, or a piece of coral. The doctor examined it from every angle, for what seemed like a long time.

He paused. Gently, he pulled out the cystoscope. "Here's the thing," he said, and paused again. "Yes, it does."

The terror of being told you have cancer is almost indescribable. Knowing that something was growing in my body unabated – something that could kill me – sent a wave of hot panic coursing through me. Terrified, I started peppering the doctor with questions, as his eyes grew wide. "Am I going to need chemo? Should I make a will? Can't you just go back in there and cut it out right now?!"

The doctor shook his head. "We're not there yet," he said, and went on to explain how bladder tumours are typically removed: They would schedule surgery as soon as possible. It would be an outpatient procedure called a trans-urethral resection of a bladder tumour, or TURBT, and afterward, they'd apply a round of chemotherapy directly to the bladder, called a "wash". They wouldn't know what stage and grade of cancer I had until what they removed was biopsied, but in his experience, he told me, it looked like a superficial type of cancer called papilloma – they were the most common, usually very treatable and shaped like a piece of coral. If you were going to get bladder cancer, it was the best type to have.

I spent the next two days in bed, crying and Googling, while my husband and parents took care of the kids. Finally, I emerged, bleary-eyed, and slowly started the process of reintegrating into life, into a new reality where I had cancer and everything felt terrifying and raw.

But what helped me cope was this: In 2012, I had experienced the same kind of nauseating panic as I lay on a doctor's examination table, but for a drastically different reason. Pregnant at the time with my youngest, the doctors revealed that my unborn son, Henry, had a "severe" case of spina bifida. If he lived, the doctors predicted he would never walk, and they had no idea what his quality of life would be. He had hydrocephalus, bilateral clubbed feet and a brain malformation to boot. Hearing that news was the worst experience of my life – even harder than hearing I had cancer.

But Henry would turn out to be one of my biggest blessings, a snuggly, talkative, loving little boy, who delighted me and made me laugh multiple times a day. I knew from experience that–as corny as it sounds–sometimes the most terrifying moments of your life yield incredible blessings, ones you would never have expected, even when the world seems like it's about to end. Who knows? I consoled myself, as I entered the hospital later that month for bladder surgery. Maybe some huge blessing will come out of this. Maybe I'll write about it and get a book deal? Or maybe I'll just be a more thankful, mindful, healthier person.

The operation was a success. Ninety minutes of cutting and I was out of the operating room, waking up and shakily trying to eat some dry crackers. Attached to my right leg was a catheter, already filled with bright red urine–normal, but unnerving to see. I'd have to wear it for the next three weeks so I could pass urine and blood clots while my bladder healed. When the surgeon came by my room to check on me after the operation, he declared that they had gotten everything. It turned out there were four tumours on my bladder instead of just one, but they were superficial and that was promising. I might need surgery to remove more in the future, or I could go the rest of my life without another growth. That's common with bladder cancer, I've learned: The waiting and seeing.

Currently I'm still waiting and seeing. Thankfully, my first post-surgical cystoscopy showed no new tumours, and I'll need to keep coming back for cystoscopies every three months for the next several years, since early detection for people with any kind of cancer can make the difference between living and dying.

I would not have chosen to get bladder cancer. And to say it was a scary experience is an understatement. But strangely, it was also a blessing: It compelled me to eat healthier, exercise, and do whatever was in my control to prevent the cancer from coming back. I'll continue to "wait and see" for the rest of my life, but going forward I'll be armed with a healthier lifestyle and the knowledge of what symptoms I should watch for – pink pee being one of them.

I have read and accept the privacy policy and terms and conditions and by submitting my email address I agree to receive the Prevention newsletter and special offers on behalf of Prevention, nextmedia and its valued partners. We will not share your details with third parties, and will only share delivery information in the event of you being a prize winner.
This article originally appeared on prevention.com
© prevention.com
First published: 15 Mar 2021
Tags:  cancerdigestive healthillnessweird health symptoms