Sally Obermeder: "How I survived loss during COVID"

Like thousands of Aussies, Sally Obermeder lost her job in the pandemic but surviving cancer has given her the strength to take on whatever the future brings. Here’s how the TV presenter and wellness entrepreneur does it. 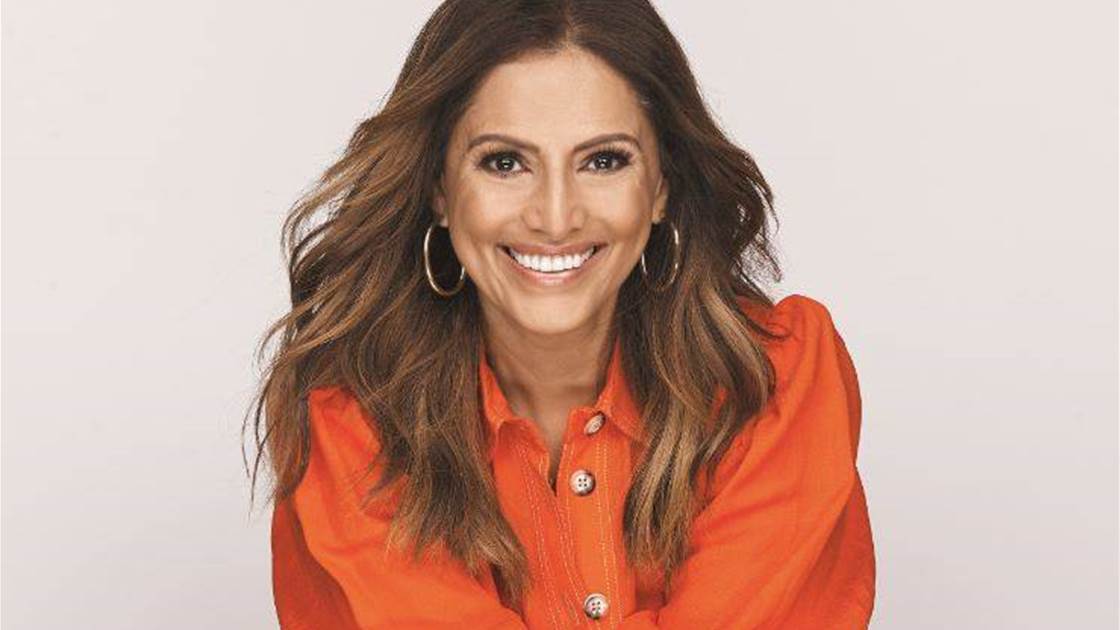 Back in June Sally Obermeder’s TV career came to an abrupt end. As the pocket dynamo with the brilliant smile who hosted Network Seven’s afternoon show The Daily Edition for seven years, Sally was beloved by audiences and colleagues for her warmth and compassion. The axing was a casualty of COVID-19 on network costs, and without further ado, her 15-year career at Seven seemed over.

But Sally is a poster girl for survival. And learning how she came to adapt, manage the grief of losing a much-loved showbiz career, is something we were keen to find out. So we meet up on a sunny winter morning. Looking casually chic, Sally is wrapped in a thick grey jumper, black and white scarf, black track pants and on-trend scuffs. She leans into our chat, with the kind of openness and authenticity of someone you’ve been great friends with for years. “It completely floored me,” she says of her show’s axing. “When you’re in television you always half expect it, in this industry you know that nothing’s guaranteed. And yet I was still surprised. I was sad. But I was also grateful to have had such a long stint, not just on that show, but working at the network.” “I think also,” she continues thoughtfully. “I’ve been through something far more terrible: I had cancer, and that does change your perspective.

It’s almost nine years now since Sally was diagnosed with stage 3 breast cancer in October 2011, just one day before giving birth to her first daughter, Annabelle. By any measure, it was the lowest point in her life. Her husband, Marcus, was left to the practical parenting while she underwent a mastectomy and gruelling chemotherapy. The couple then turned to a surrogate to have their second daughter, Elyssa, in 2016.

“You can’t help but have cancer change your outlook on things,” says Sally. “I’m 100 per cent a different person now. When things are bad, it doesn’t stop me from feeling sad, or crying, or feeling shocked or heartbroken, but I always have a barometer of something so much worse. That was absolutely the worst thing I could’ve gone through; to be afraid that I wouldn’t see Annabelle grow up was just the most sickening feeling to face day after day. So, for me to be here now, when she’s almost nine, and to have been able to go on to have another child is beyond what I could’ve ever dreamed of. Everything is shaded by the thought that it could
be worse. So this is pretty okay.”

Since that dark time, Sally has not only become a prominent ambassador for the National Breast Cancer Foundation but also created a thriving online empire with her sister, Maha Koraiem: their website, Swiish, covers everything from nutrition supplements to fashion. And the siblings have also enjoyed a run of bestselling cookbooks that began with the green smoothies that Sally drank as a health tonic during her cancer recovery.

So there hasn’t been much time for Sally to sit back and ruminate on her TV career. “While Swiish has helped me feel I still have a purpose, it hasn’t completely alleviated the grief,” she admits. “I still have a wobbly day, where I wake up and realise I’m not going to the studio and start crying because I miss it. But then I go, ‘Okay, I’m still fortunate. I’ve got this business, I’ve got my health, I’ve got my family, it’s okay.’ I think it’s important to accept the wobblies when they come. “I’m not the only one who, as a result of COVID, has lost their job. We’re just like everyone else.”

KEEPING IT ALL TOGETHER

Overhearing her daughters playing with their Barbie dolls, Sally was shocked to see the impact the pandemic was having on their young minds. “It was like, ‘Barbie, you’ve got coronavirus! Barbie, you’re dead, ergh!’” And I thought, ‘Oh, sheesh, we really need to help them navigate their emotions through this period.’ Because if you don’t fill in the gaps in their understanding, they’ll make it up.”

Just as Sally takes care to nurture her kids, she also makes a point of looking after herself. And she has developed a daily regimen to support her inner wellbeing. “I call it ‘book-ending the days’. So I might start my day with something really quick and easy, such as a smoothie with a super-green powder, and then end the day with a hot bath, or put magnesium oil on the soles of my feet, or just put my feet up and try to chill. It doesn’t have to take long, it doesn’t have to be expensive, but it’s 10 minutes of self-care. Because, in the middle, there’s a lot of me giving for everyone else.” Sally admits she often goes through periods where she needs someone, such as her husband or her sister, to encourage her to “take some time out”. “Because [as mums] we always put ourselves last; it’s in our nature,” she explains. “Sometimes, when it gets really busy, Marcus will say, ‘I’m going to have a massage.’ I’ll be like, ‘Oh, how decadent for you to have a massage!’” And he replies: ‘But you could, too,’ and I’ll be like, ‘I have no time, I’m doing everything!’ And then I realise the world will not stop if I have a 45-minute massage!”

Sally says Swiish now has 15 employees in 47 countries and is about to expand into new offices.She’s justifiably proud of what she’s achieved. “The thing I’ve learnt as I’ve got older, and trying to instil in my girls, is not everyone’s going to love what you do, but they don’t have to,” she says. “It’s important you love what you do and you’re brave enough to still do it. To me, that’s bravery. “I only have one life; it might not even be that long. I don’t know what the future holds, so while I’m here, I don’t ever want to look back and think, ‘I really should’ve tried that.’ I want to look back and say, ‘I did it.’”

This is an excerpt from the October/November 2020 issue of Prevention Magazine. For the full interview, get your copy on stands now!

I have read and accept the privacy policy and terms and conditions and by submitting my email address I agree to receive the Prevention newsletter and special offers on behalf of Prevention, nextmedia and its valued partners. We will not share your details with third parties, and will only share delivery information in the event of you being a prize winner.
© Prevention Australia
First published: 8 Sep 2020
Tags:  cancercelebritysally obermeder