The Latest Advances In Migraine Treatments May Soothe Your Pain

Cutting-edge treatments are offering the promise of relief for millions – here’s the latest on what’s to come. 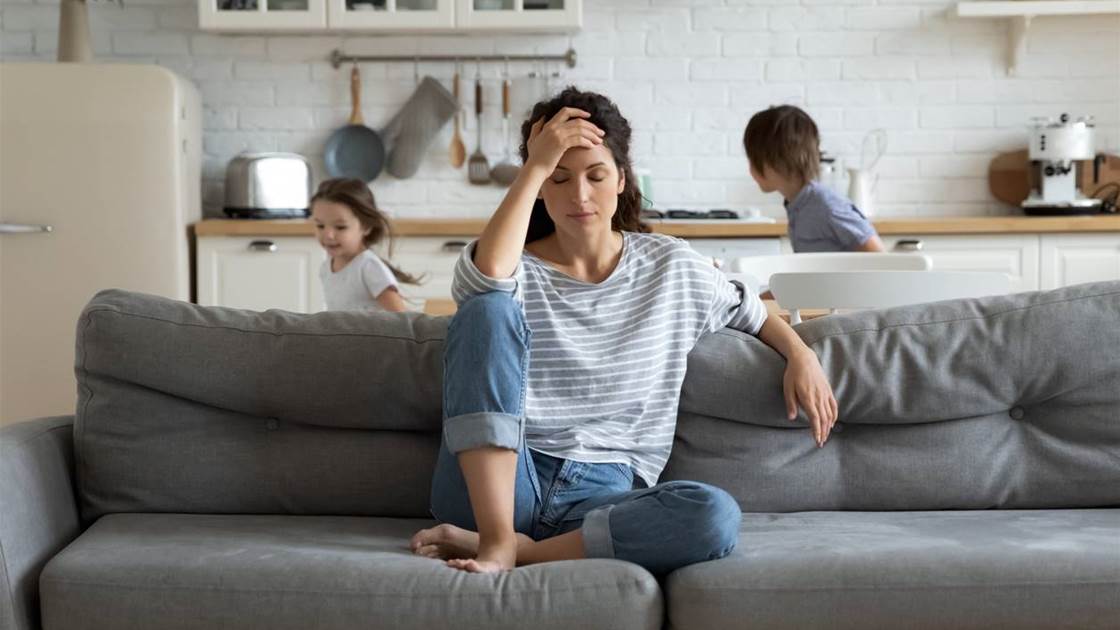 When telltale flashing lights, facial numbness or tingling signals that a migraine is on its way, most people pop painkillers and other medications such as anti-nausea tablets to reduce their symptoms and discomfort. They have an arsenal of tools to help them ride out a migraine episode but when it comes to prevention, solutions have been elusive – until now.

WHERE A MIGRAINE COMES FROM

A migraine is more than just a bad headache – it’s a constellation of symptoms including pain, nausea, vomiting and visual disturbances, that can last anywhere from a few hours to several days.

“Migraines affect around 15 per cent of the Australian population, which is more than three million people,” says Gerald Edmunds, secretary-general of the Brain Foundation, which incorporates Headache Australia. “Typically the pain is focused more on one side of the head and it intensifies with exposure to things like light and sound, so during a migraine episode, many people find they need to retire to a quiet room with the curtains closed.” The condition is the sixth- leading cause of disability in the world, but its impacts go far beyond physical health.

“Migraines can substantially lower a person’s quality of life causing isolation, when people can’t attend social events due to migraine, or financial losses, when people have to take a great number of days off work,” Edmunds says.

What causes a migraine?

“Genetic factors can play a large role in migraine susceptibility and in a person who is more vulnerable to migraines there are many possible triggers, including hormonal factors, diet, stress and sleep patterns,” Richard Stark of Monash University says. “A hair-trigger nervous system can also be responsible for triggering migraines,” Stark says. “This easily excited nervous system often responds to triggers that would not bother other people such as certain perfumes, odours and weather changes, stress, too little sleep and loud noise.” But cutting-edge treatments may address this hypersensitivity

For many migraine sufferers, even the thought of an impending attack can be incredibly stressful. So the idea of a new breed of drugs that may head them off at the pass is very welcome. Scientists have developed a type of medication specifically aimed at preventing migraine. An immunotherapy treatment, these drugs counteract a molecule that’s released during a migraine and they have been found successful in reducing the number of days that chronic migraine sufferers experience headaches. The treatment works by blocking CGRP – a protein involved in the transmission of pain. During a migraine episode, this protein normally binds to receptors located in the sensory nerves of the face and brain. Inflammation occurs and the blood vessels expand, worsening the migraine pain, which becomes excruciating. After years of clinical trials, doctors and scientists expect this type of medication to be most helpful for people with a severely debilitating migraine.

“CGRP medications are one of the most exciting developments in treating migraine in 20 years,” says Richard Stark, adjunct clinical associate professor at the Monash University Van Cleef Centre for Nervous Diseases.

One version of the new CGRP drug was approved in the US recently. Called Aimovig (also known as erenumab) it involves once-a-month injections. Although the drug has been approved by the Therapeutic Goods Administration (TGA) here in Australia, allowing doctors to prescribe it, there are no supplies yet in this country. It is hoped the migraine treatment will be available by November but as it isn’t on the Pharmaceutical Benefits Scheme (PBS), the cost will be quite prohibitive at about US$6,900 annually. The committee that advises the Federal Government about items that should go on the PBS has collected submissions about the level of need
but they are yet to make a decision on this drug.

In the meantime, a selection of other treatments have emerged in recent years and proved effective in reducing the frequency and intensity of migraines:

Better known as a cosmetic treatment, Botox was approved several years ago by the TGA specifically for use in the treatment of migraines. “Around every three months, Botox is injected by a medical doctor such as a neurologist, into the muscles at approximately 31 different points of the face, head and neck to reduce inflammation and encourage relaxation in some muscles,” explains neurologist Dr Karl Ng, an associate professor at the University of Sydney School of Medicine. Unfortunately, not all insurance companies cover the cost of these injections and some migraine sufferers say the effects can wear off between treatments. Yet some do find Botox provides enormous relief from chronic migraine episodes.

Often the advice is to avoid triggers but that’s not always possible, so one approach is to try to desensitise or increase tolerance for the triggers by gradual exposure to them. This idea was explored by scientists at Monash University with their MaTCH (Mastery of Triggers to Conquer Headaches) research. “Regular exposure to triggers such as hot weather or perfume can lower some people’s extreme sensitivity, helping reduce their number of migraine episodes,” says Professor Paul Martin, director of research in the School of Psychology at the Australian National University, who was involved in the MaTCH trials.

When women who suffer from migraine eat foods fortified with folic acid they experience a 14 per cent reduction in migraine severity, research from Queensland’s Griffith University shows. So give your diet a green makeover. “Eat more leafy greens (such as spinach, kale, broccoli and Asian greens) and add more legumes (such as lentils, chickpeas and a variety of beans) to salads, soups and stews,” suggests dietitian Brooke Longfield.

“Wholegrain breads and breakfast cereals are also good choices, preferably those fortified with folic acid. Foods high in these nutrients are also good for bowel health, fibre intake and weight maintenance, so they also have many other health benefits,” Longfield adds.

These use electrical signals to stimulate nerves on the head and the back of the neck and this can sometimes help to reduce the pain and intensity of a migraine. They include machines like the Cefaly device. This headband is a type of TENS (transcutaneous electrical nerve stimulation) machine that migraine sufferers can use for 20 minutes a day to prevent headaches. “The most accepted theory about how it works is that it stimulates the trigeminal nerve which supplies sensations to the face and head, altering pain messages and possibly stimulating endorphins, our natural painkillers, but more research is needed to confirm this,” Edmunds says.

Magnesium acts as a muscle relaxant. Research also shows that migraine sufferers are more likely to be deficient in magnesium. Studies suggest tablets that combine magnesium with vitamin
B2 and coenzyme Q10 can help reduce episodes of migraine in some people.

Harvard research has shown that exposing migraine sufferers who are light sensitive to a particular wavelength of green light can help reduce sensitivity and also reduce the severity of their migraines.

Gently applying cooling or warming currents inside the ear canal for 20 minutes can provide migraine relief for some, according to research conducted in the UK. The volunteers wore special padded headphones that delivered the thermal currents via special earpieces. The temperature change appears to alter activity in an area called the brain stem, which is linked to the onset of migraines.

Special surgery that decompresses the nerves that trigger migraines or removes a portion of them can, in the right candidates, cause an 80 per cent reduction in migraine symptoms, US research shows.

THE FUTURE OF MIGRAINE CARE

Prevention is what sufferers really need and they are looking to science to find solutions, such as the CGRP medications. “They are a novel approach, and preliminary results are promising,” Stark explains of these new drugs. “They are not just an improvement on an older class of drugs. They are a completely new treatment approach that works on different pathways in the brain.” With new drugs like this, hope is definitely there for an accessible and affordable treatment that will keep the pain away.

Common food triggers include chocolates, cheese, wine, caffeine and artificial sweeteners. Certain food additives, such as nitrates in processed meat, and MSG in Asian sauces, have also been associated with migraines.“If you suspect food is a trigger, speak to a dietitian who will ask you to complete a food and symptom diary, and may also prescribe a food chemical elimination diet,” says Accredited Practising Dietitian, Brooke Longfield.“This helps us to look for patterns, as some reactions can occur several days after a food is eaten.”

Research shows that in adolescents and adults, migraines disproportionately affect women. Shifts in hormones during the years of menstruation, pregnancy, perimenopause and menopause can be triggers, which helps explain why twice as many women as men suffer. Hormone replacement therapy is an option but Susan Davis, professor of women’s health in the School of Public Health and Preventative Medicine at Monash University, says that women with menopausal symptoms and migraine need to be evaluated carefully before using it.

“Some women experience worsening of their migraines at menopause when oestrogen levels fall, whereas other women report lessening of migraine symptoms after menopause,” Davis explains.

“Before taking HRT they should talk to their doctor about their individual risk factors for migraine and stroke.” Fluctuations in oestrogen levels can make symptoms worse, so Davis often starts her patients on a low dose of transdermal oestradiol (an HRT as a patch or a gel) to see if symptoms improve, stay the same, or worsen.

I have read and accept the privacy policy and terms and conditions and by submitting my email address I agree to receive the Prevention newsletter and special offers on behalf of Prevention, nextmedia and its valued partners. We will not share your details with third parties, and will only share delivery information in the event of you being a prize winner.
© Prevention Australia
First published: 25 Nov 2020
Tags:  headachesmigraine 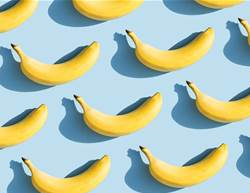 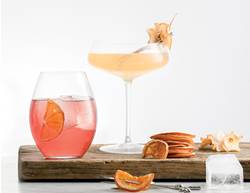