The Science of Circadian Rhythm: How to Manage Your Body's Sleep Clock

More than your sleep can suffer from bad habits like looking at your phone before bed. Get back on track ASAP. 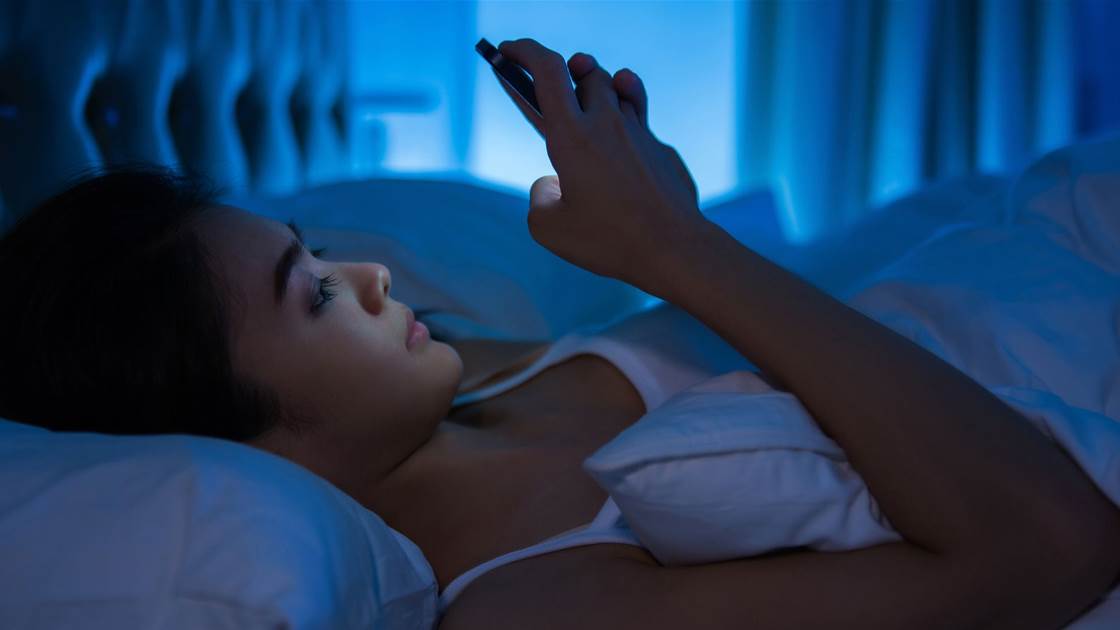 Back before the invention of the lightbulb—not to mention 24/7 online shopping and friends texting at 2 a.m.—humans rose with the sun, worked until dusk, then fell into bed when the sky grew dark. That’s how nature designed our bodies to function best: The body’s master clock (a cluster of cells in the brain that regulates nearly every bodily function) is ruled by the 24-hour cycle of sunlight and darkness.

Here’s how this system, known as the circadian rhythm, works: As the sun begins to rise, “the master clock receives light input directly from the eye and uses that information to synchronize the 24-hour day,” says sleep specialist Melissa A. St. Hilaire, Ph.D. That helps regulate several hormonal processes. Melatonin, which allows us to sleep, plummets, and cortisol, which revs up energy, increases. Hours later, as night falls and the sun disappears, melatonin levels begin to rise again, winding us down.

But with the advent of lightbulbs, television, and now smart technology, humans are staying up long past sunset, throwing off our internal clocks. “Light is flooding our eyes when it’s not supposed to,” says sleep scientist Dr Gena Glickman, Ph.D. “We spend our days in offices with fluorescent lights and no windows, then go home and spend our evenings looking at screens filled with short-wavelength light, sometimes referred to as blue light.”

More than just your sleep can suffer as a result of this onslaught of unnatural light—it can throw off the secondary clocks in cells in the heart, gut, muscles, and more. 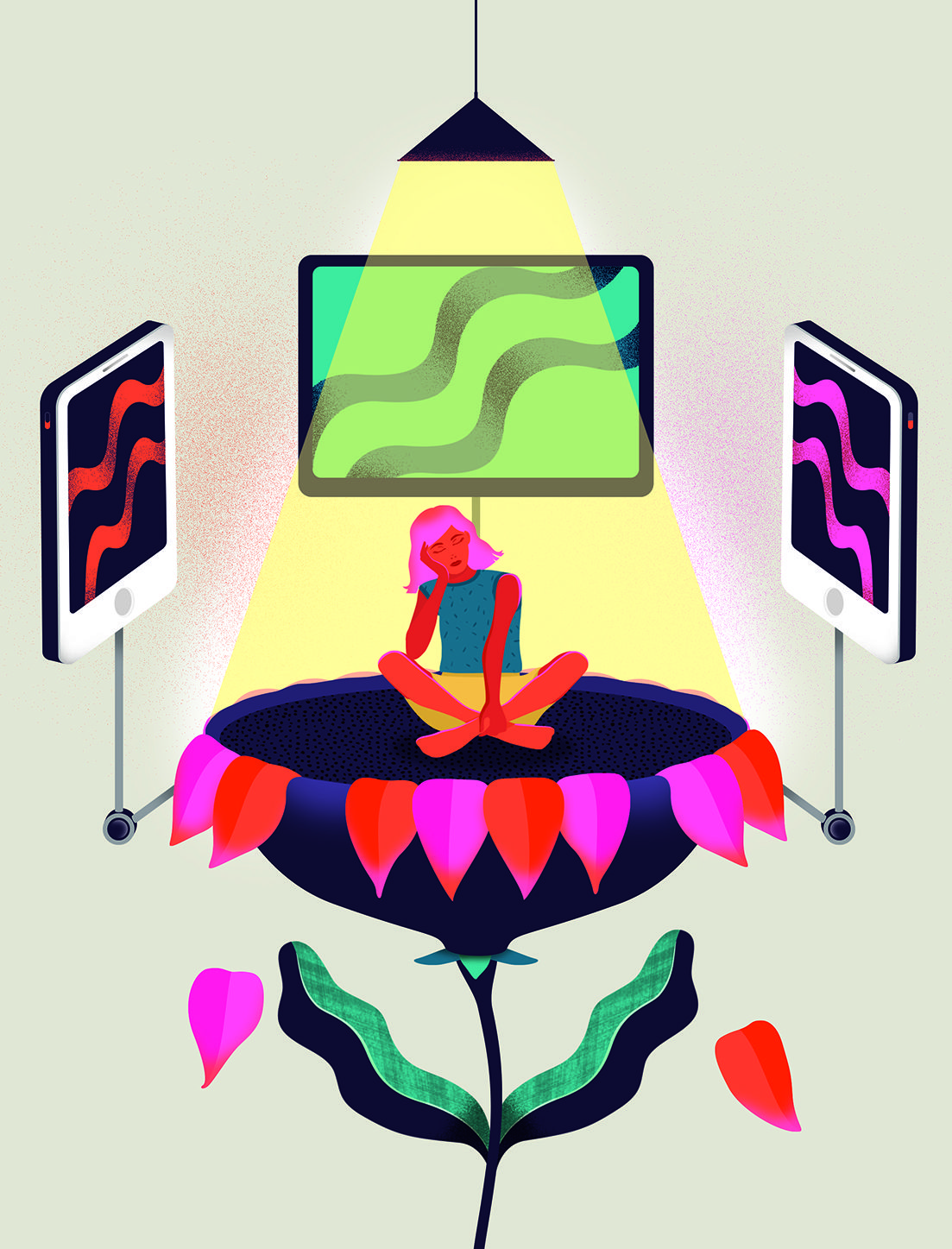 How your circadian rhythm influences your health

It may affect your gut: Nearly 40% of people who suffer from IBS, which includes constipation and/or diarrhoea and other digestive difficulties, frequently experience sleeplessness. Researchers are exploring whether circadian dysregulation might impact the trillions of bacteria in the gut, known as the microbiome, and if so, whether supplementation with oral probiotics might counter some of the damage. If so, probiotics may one day be prescribed to protect shift workers, those who serve in the military (who frequently operate under sleep-deficient conditions), and even the average night owl from digestive distress.

It influences your heart rate: Adults are two to three times as likely to suffer a heart attack in the morning as at night, with peak hours between 6 a.m. and noon. “When you’re sleeping, everything slows down a bit, including your heart rate, because you don’t need as much blood flow,” says cardiologist Dr Martha Gulati. “But as it becomes lighter outside, your body starts to wake up, and your heart rate and blood pressure begin to rise—almost like warming up your engine.” In a healthy person, this process is harmless, but in someone with underlying cardiovascular disease, the rise in heart rate and blood pressure may trigger a heart attack. If you are on medication for heart disease, ask your doctor if taking it at night might benefit you; a 2018 study showed a 67% reduction in heart attacks and other major cardiovascular events when patients took their meds at bedtime instead of in the morning.

It helps your skin heal: Your skin houses circadian clocks that are more active during the day than at night, and this can influence healing time. Chalk it up to evolution—in prehistoric times, cavemen were more likely to get hurt during the day when they hunted, so wound-healing skin cells called fibroblasts had to be primed for action. Animal studies have found that cuts heal faster when the injury occurs during the day, and data suggests that burns incurred in the daytime heal up to 60% faster than burns that occur at night.

It influences your metabolism: Just as bright light stimulates the brain, it may also help wake up your metabolism. In a 2014 study, sleep specialist Dr Phyllis Zee, found that subjects exposed to early-morning rays had lower BMIs than those exposed to sun in the afternoon; they were also more physically active all day. “Light helps synchronise the clocks in the brain and body that regulate appetite and metabolism,” Dr. Zee says. 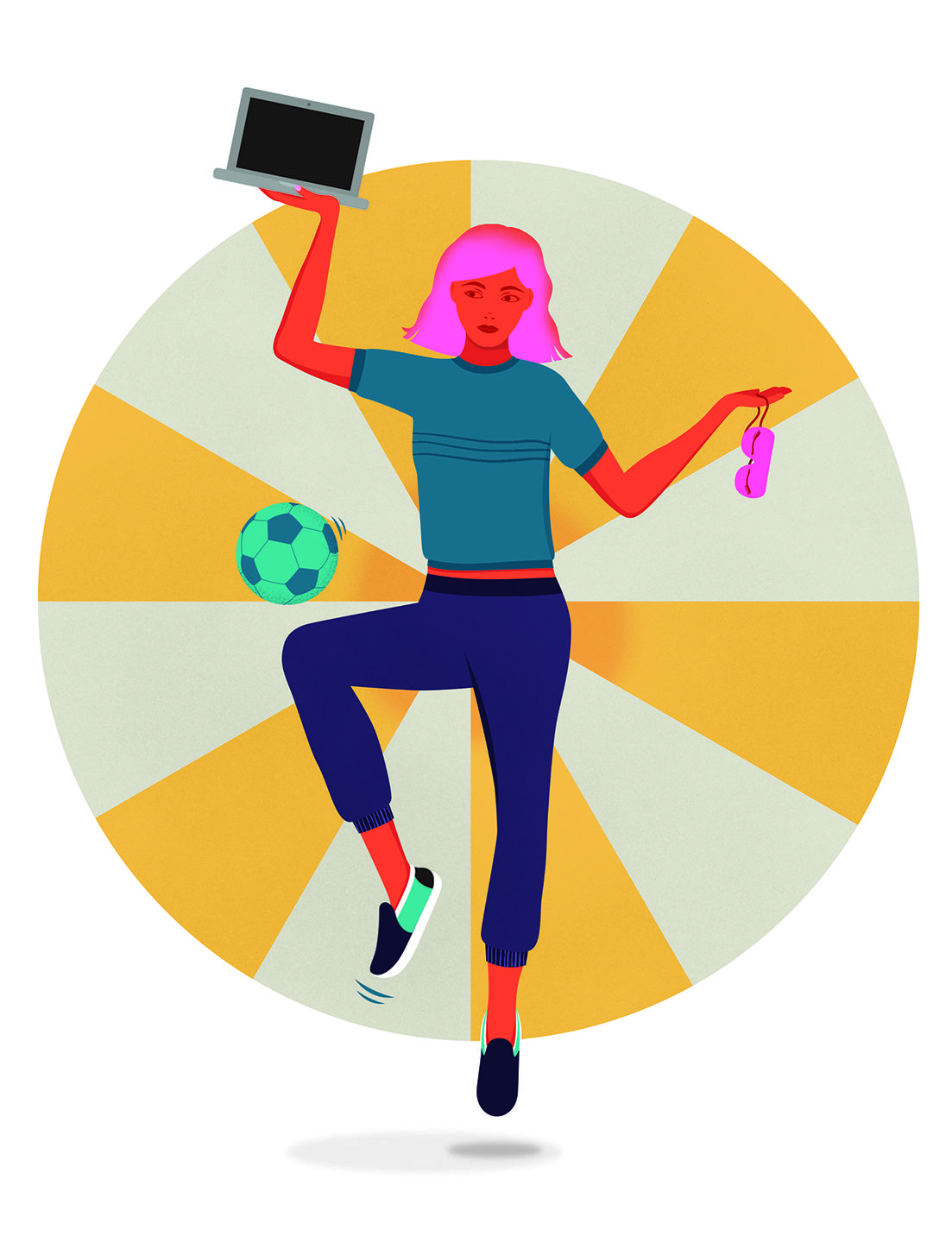 How to sync your clocks

Getting your internal clocks working harmoniously is crucial for your health: Picture those clocks as instruments in an orchestra, says St. Hilaire. “The master clock in the brain is the conductor who keeps everyone at the same point in the song. But if the conductor becomes distracted, you get a cacophony of sound rather than a perfect melody.” That cacophony, known as chronic circadian disruption, can make you feel run-down, crabby, hungry, distracted, and sad, and it may play a part in heart disease, cancer, obesity, and depression. “To get your circadian rhythm back in sync, the simplest rule is to expose yourself to bright days and dark nights,” says Glickman.

Keep in mind, however, that everyone’s clock is slightly different. There are three main chronotypes, based on genetics and age, says Daniel Pink, author of When: The Scientific Secrets of Perfect Timing—early-rising Larks, up-late Night Owls, and Third Birds (those who fall in between). Larks and Third Birds tend to hit their peak earlier in the day, while Night Owls might shine later in the afternoon. Whatever type of bird you are, you can benefit from these strategies:

Bathe yourself in morning light: Throw open your curtains as soon as you wake; the sunlight will help suppress melatonin production. Still dark outside? Try this trick from Dr. Zee: Buy a programmable blue-light box and set it to start brightening 15 minutes before your alarm goes off. Look for a box with a rating of 3,000 to 10,000 lux, which will feel about as bright as what you’d experience outside on a cloudy day, she says.

Stick to a schedule: Staying up late on Saturday and sleeping in on Sunday may feel delicious in the moment, but it creates a condition called social jet lag. “That’s why we dread Mondays,” says Glickman. “Our bodies essentially think we’ve traveled west across time zones.” Each hour of social jet lag is associated with an 11% increase in heart disease risk, and social jet lag is also linked with fatigue, poor mood, and worsened overall health. Your best move: Hit the sack and wake up at the same time, give or take 15 minutes, seven days a week, says naturopath Brooke Kalanick, a coauthor of Hangry: 5 Simple Steps to Balance Your Hormones and Restore Your Joy; for a weekend indulgence, take a 20-minute nap at around 2 p.m.

Work near a window: If you can snag a windowed office, you may sleep better: One of Dr. Zee’s studies found that office workers with windows slept about 46 minutes longer per night than those not exposed to natural light in the workplace.

Avoid bright light before bedtime: Phones, laptops, and iPads emit blue light, a major component of sunlight, so when you scroll Instagram at 10 p.m., your brain interprets it as “Time to start the day!” The fluorescent lights in supermarkets and convenience stores emit blue light too, so try to do your shopping earlier in the day.

Banish all light at night: Even a little bit of light, like the moonlight seeping in through your blinds or the aura emanating from your phone as it charges by your bed, can confuse your system enough to impede sleep. Consider investing in quality blackout shades; charge your phone in another room; and buy an alarm clock with red or amber light, which will be less disturbing to the circadian rhythm than blue light.

I have read and accept the privacy policy and terms and conditions and by submitting my email address I agree to receive the Prevention newsletter and special offers on behalf of Prevention, nextmedia and its valued partners. We will not share your details with third parties, and will only share delivery information in the event of you being a prize winner.
This article originally appeared on prevention.com
© prevention.com
First published: 16 Apr 2020
Tags:  energyhealthnutrition/wellnesssciencesleep