What is a Stroke? Important facts to know about causes, symptoms, and treatments

More than 445,087 Australians are living with the effects of stroke - and they can happen at any age. Here's your guide to reduce your risk. 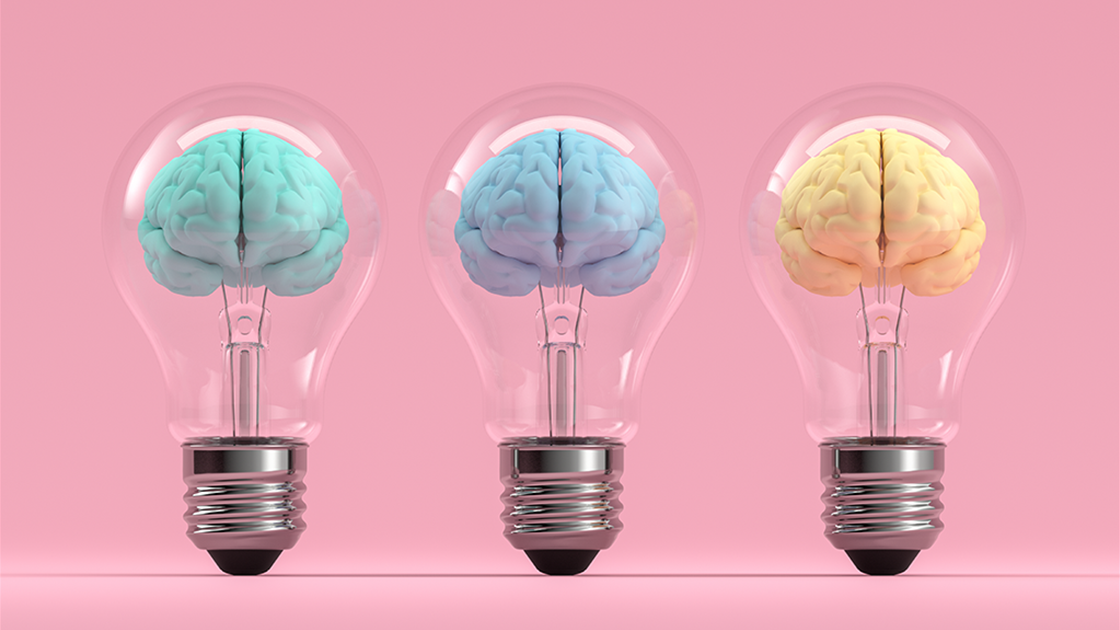 What is a stroke?

Strokes are a scary thing to think about because of how common they are—and how devastating they can be. According to the Stroke Foundation, more than 445,087 Australians are living with the effects of stroke. In 2020, 24% of first-ever strokes occurred in people aged 54 and under.

Strokes are one of Australia’s biggest killers, and take the lives of more women than breast cancer, and more men than prostate cancer.

Two scenarios can cause a stroke: Something blocks the flow of oxygen- and nutrient-rich blood into the brain or a blood vessel in the brain bursts and bleeds into the brain. Either way, brain cells die. This can result in lasting brain damage. What you experience while a stroke is occurring, however, can include headache, paralysis of your face or one side of your body, impaired vision, and poor coordination.

Although stroke can occur at any age—including infancy—the risk doubles for each decade between the ages of 55 and 85. That’s because as we get older, our arteries naturally become narrower and harder, as well as more likely to become clogged with fatty material; narrower arteries plus blockages increase the risk of a stroke.

Despite these startling statistics, there is a bright spot: 80% of strokes can be prevented. “It can be devastating, yet we can prevent so many strokes just by reducing our risk factors,” says neurologist Elizabeth Aradine.

What are the types of stroke?

Ischaemic strokes: About 87 percent of strokes are ischaemic strokes meaning something (often a blood clot or arterial plaque) blocks the flow of oxygen-rich blood into the brain.

Haemorrhagic stroke: Although less common, a haemorrhagic stroke is just as concerning. This type of stroke happens when a blood vessel in the brain ruptures (either due to high blood pressure or a weakened arterial wall) and leaks blood into the brain. The blood creates more pressure in the brain, which damages the brain cells.

What are the risk factors of stroke?

Genetics, health conditions, and lifestyle factors can all impact your risk of stroke. Below are the main factors to be aware of:

Family history: Since genes are passed down from generation to generation, having a parent, grandparent, or sibling who’s had a stroke makes you more likely to also have one. This is particularly the case if the family member had a stroke before turning 65.

Age: Although stroke can happen at any age, it’s more likely to occur in older adults. The risk of a stroke doubles every 10 years after age 55. As we get older, our arteries naturally become narrower and harder, as well as more likely to become clogged with fatty material, so there is a biological component. In addition, older people develop more risk factors that increase their risk for strokes, such as poor diet, lack of exercise, and conditions such as high blood pressure, high cholesterol, and diabetes, Dr Aradine explains.

Sex: Stroke happens to more women than men—and it kills more women than men of all ages. Using birth control pills, hormone therapy around menopause, pregnancy, and a history of preeclampsia (a pregnancy complication characterised by high blood pressure) or gestational diabetes may increase the risk for women. Women also live longer than men and are more likely to develop atrial fibrillation (irregular heartbeat), which increases the risk of stroke, Dr Aradine adds.

Having a transient ischaemic attack (TIA): This makes you about 10 times more likely to have a stroke compared to someone of the same age and sex who hasn't had a TIA. TIA occurs when there’s a short-term blockage of blood flow to the brain. Typically it lasts no more than five minutes. Anyone who experiences a TIA should see their doctor for more testing. Tests can uncover underlying conditions that may increase the risk for a full-blown stroke, like heart disease, diabetes, blood clots, and other types of injury or infection.

Previous stroke or heart attack: Twenty-five percent of stroke survivors will have another. Having a heart attack also makes you more vulnerable to stroke because a heart attack is often a sign of plaque buildup in the arteries, and that can block blood flow to the brain.

High cholesterol: When cholesterol builds up, it can narrow arteries in the brain, increasing the risk of stroke.

Heart disease: Certain types of heart disease, such as coronary artery disease, are caused by a buildup of plaque. Others, such as atrial fibrillation, can lead to clots that can impair blood flow to the brain.

Diet: Eating too much sodium can increase blood pressure, while too much saturated fat, trans fat, and cholesterol can lead to high cholesterol. Both of these conditions increase the risk of stroke.

Inactivity: Being inactive raises the risk of conditions that can lead to strokes such as heart disease, obesity, high blood pressure, high cholesterol, and diabetes.

Obesity: Being overweight is associated with higher “bad” cholesterol and triglyceride levels and lower “good” cholesterol levels, high blood pressure and diabetes, all contributing to a higher risk of stroke.

Excessive alcohol: Drinking too much can increase blood pressure and triglycerides, which can clog arteries. To prevent raising your risk of stroke, you should drink no more than two standard alcoholic drinks per day.

Smoking: Cigarette smoke contains nicotine and carbon monoxide, both of which damage blood vessels and the heart. Smoking also hardens the arteries, which raises the risk of a stroke, Dr Aradine adds.

What are the symptoms of a stroke?

If you notice that you or someone else is displaying any symptoms of a stroke, act immediately and call 000. Delaying care increases the risk of brain damage. Plus, many stroke treatments are time-sensitive, Dr Aradine notes. For example, if you reach the hospital quickly, a protein that helps break down blood clots (called a tissue plasminogen activator) can be administered via an IV. It increases the likelihood of recovering from stroke and reduces the chances of complications.

“The sooner you are evaluated and diagnosed, the better chance you have to prevent the progression of symptoms or stop symptoms from happening,” Dr Aradine says.

Be aware of the following symptoms:

How is a stroke diagnosed?

The first step to diagnose a stroke is a doctor assessing your symptoms. Come prepared to share what symptoms you’re experiencing and when they began. If you cannot speak or are too confused to remember, the doctor may ask a loved one or companion when the symptoms began, Dr Aradine says. The doctor may do a number of tests to determine what type of stroke you had and identify the best treatments.

Physical exam: The doctor will check your blood pressure and heartbeat. They will also check for numbness, weakness, mental alertness, or problems with walking, vision, or speech.

Neurological tests: To help determine the severity of the stroke and where in the brain it happened, the doctor will ask questions, have you perform simple tasks, and tests your reflexes.

Blood work: Different blood tests look for possible causes of the stroke, such as high cholesterol and how your blood clots. They can also rule out other issues that can cause symptoms that mimic a stroke but are actually caused by something else. For example, a patient may be given blood sugar or serum electrolytes tests. Low blood sugar is a common complication of diabetes treatments and can mirror stroke symptoms. An electrolyte problem—even just caused by dehydration—can lead to stroke-like symptoms such as confusion and muscle weakness.

Computerised tomography (CT) scan: Often one of the first tests done to check for a stroke, a CT scan creates an image of the brain, giving doctors access to see bleeding in the brain or damaged brain cells.

Magnetic resonance imaging (MRI): This is another way to create a detailed image of the brain. MRI picks up brain damage, bleeding, and how well your blood is flowing.

Carotid ultrasound: Found in the neck, carotid arteries supply blood to the brain. Doctors use this imaging test to check for plaque and see how blood is flowing.

Echocardiogram: Rather than the brain, this imaging test is for the heart. It's used to check for any clots that may have begun in the heart and traveled to the brain.

There’s minimal risk with any of these tests, Dr Aradine says. A CT exposes you to some radiation (though the risk from a single CT scan is quite small), and people who are claustrophobic may be uncomfortable with an MRI due to the tight space of the machine.

Treatment for a stroke begins immediately, when possible, and can continue for a few months or even years until the person is fully rehabilitated. Treatment options depend on the type of stroke and may include medications, surgery, and rehab.

When treating an ischaemic stroke, the goal is to restore blood flow to the brain. To do this, the following may be used:

In this case, doctors want to decrease pressure in the brain and stop the bleeding. They may use:

After treatment for stroke, regardless of which type, the focus turns to helping you return to everyday activities to the fullest extent possible. Rehabilitation can include different therapies depending on what functions are affected and can last for several months or even years. Rehab may include:

Stroke can change you physically, mentally, and emotionally. Some of the below complications may be temporary, while others may be permanent changes. With rehab, though, you can recover some function and learn to manage other complications.

How to prevent stroke

There are some risk factors that are tied to stroke that you can’t change—for example, your age or your sex—while others may be within your control. “A lot of things can cause stroke, but worldwide about 80 to 90 percent are caused by vascular risk factors,” Dr Aradine says. Examples of these include high blood pressure, smoking, obesity, unhealthy diet, physical inactivity, diabetes, and alcohol intake. “If you change your behaviours, your risk of a stroke can be greatly reduced.”

Below are ways to reduce your risk of stroke:

I have read and accept the privacy policy and terms and conditions and by submitting my email address I agree to receive the Prevention newsletter and special offers on behalf of Prevention, nextmedia and its valued partners. We will not share your details with third parties, and will only share delivery information in the event of you being a prize winner.
This article originally appeared on prevention.com
© prevention.com
First published: 31 Jul 2021
Tags:  botoxcentersconditionconditionshealthnutrition/wellnesspartnerships