What Is Mushroom Coffee—and Can It Really Boost Your Health?

We dug into the research to find out if the combo lives up to the hype. 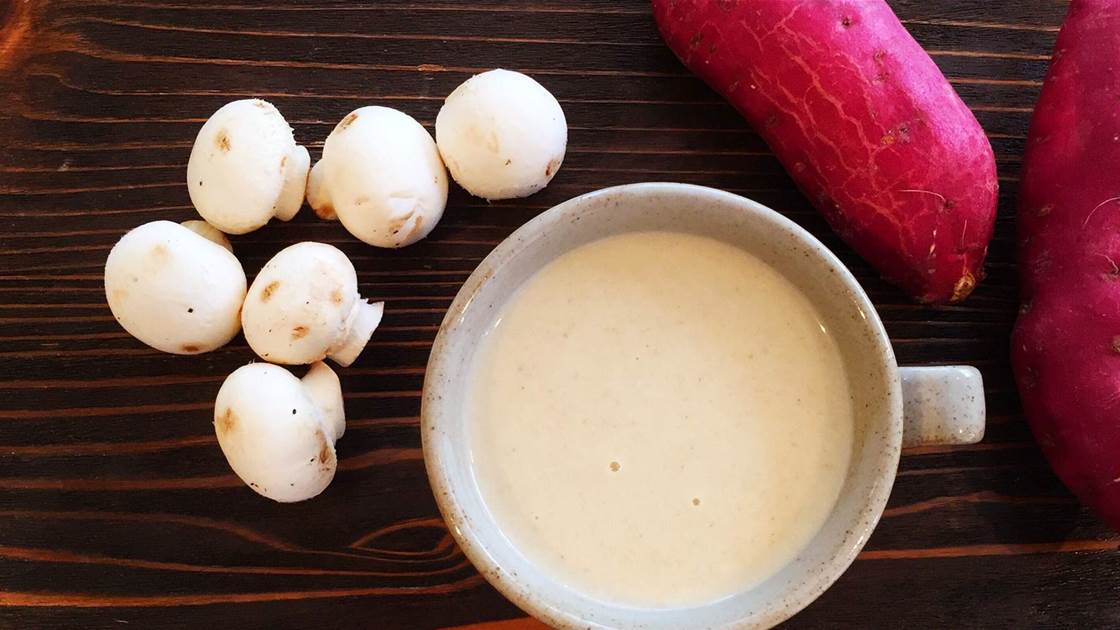 Move over bulletproof coffee, golden milk and matcha lattes: There’s a new hot beverage coming your way-mushroom coffee. With Whole Foods predicting mushrooms as one of 2018’s trendiest superfoods earlier this year, and Pinterest seeing a spike in searches for “healthy coffee,” it was only a matter of time before the two merged into one wacky-sounding morning boost.

That got us thinking: Could there really be something to combining the nutrients in mushrooms with the caffeine boost in coffee? We dug into the research to find out if this untraditional java lives up to the hype.

What is mushroom coffee?

“Mushroom coffee is powdered mushrooms mixed with coffee for an alleged synergistic effect and health boost,” says dietirian Christy Brissette. So if you pictured a gross, spongy shiitake floating at the top of your mug, rest assured that’s not what you’re getting.

But, the science behind the shrooms is still up in the air.

“Mushrooms have potential cancer-fighting properties,” says Brissette, thanks to certain chemicals found in the plant. In one small study, a maitake liquid extract boosted the immune function of breast cancer patients and research finds they might have antibacterial and antifungal benefits.

Brissette adds that mushrooms are quickly converted to glycogen (your body’s primary source of fuel) after eating, so they may help lower your blood sugar levels. With that being said, she adds that most of the research on the health benefits of mushrooms stems from cell and animal studies, so it’s unclear how much is needed for the same effect in humans.

In particular, the use of chaga mushrooms in human studies is lacking, making the claims that it improves immune function questionable.

However, there is some research linking cordyceps to athletic performance. In one pilot study, scientists gave 20 older adults cordyceps supplements or a placebo three times daily. After 12 weeks, the group taking the supplements saw a boost in their performance-like being able to complete a higher level of exercise without fatigue-while those taking the placebo didn’t experience any changes. Thing is, the amount of cordyceps they were downing was close to 1,000 milligrams, while your typical cup of mushroom coffee only has 150 milligrams.

Another 2014 study found similar results in 18 athletes who underwent high altitude training-but they, too, were taking high doses of the plant. So while concentrated amounts of cordyceps have the potential to boost your workouts, the amount found in a cup of mushroom coffee may not be enough to produce the same effects. Also worth noting: Several studies have found that drinking straight-up caffeine before exercise can help you push through endurance workouts like cycling and running-no shrooms required. 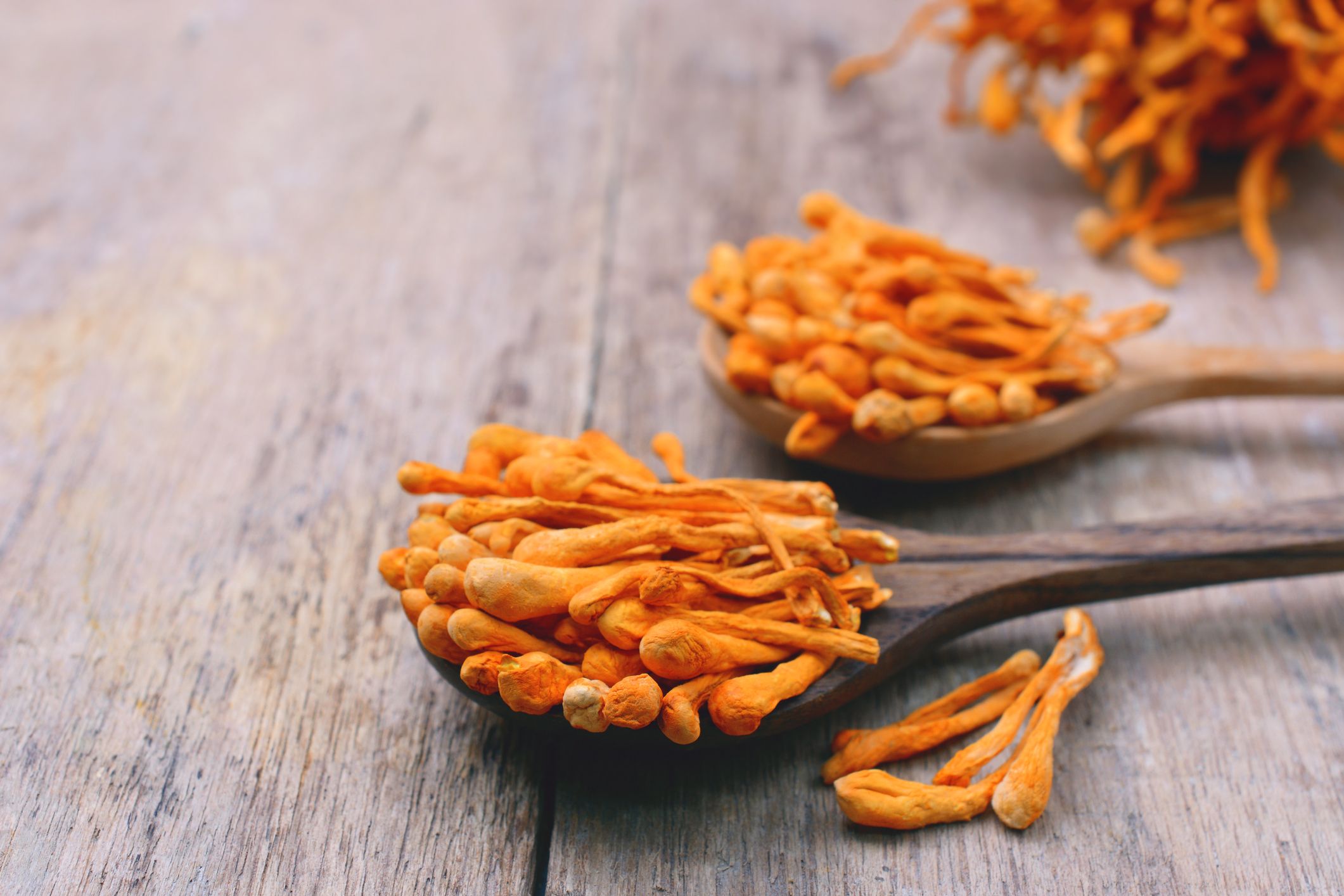 While the body of evidence surrounding the benefits of supplemental mushrooms is growing, there is no research on the effects of mixing powdered mushrooms with coffee. So even if you do glug some fungi and experience an especially awesome workout, jolt of energy, or surge in productivity-it would be impossible to distinguish whether the effects are coming from the shrooms, the caffeine, or both.

Should you try mushroom coffee?

Well, it won’t hurt you. If you love coffee but can’t handle the caffeine, mushroom coffee might be a good choice, since it has about half the buzz you might find in straight java. Plus, many reviews online state that you can’t detect much of a difference in taste.

But if you’re hoping to increase your productivity or improve athletic performance, you can probably just stick with your basic brew. Mushroom coffee is typically sold anywhere from $15 to $40 and the main ingredient is always going to be coffee, which is probably on the spendy side compared to the generic variety sitting in your kitchen.

That doesn’t mean you should stop adding mushrooms to your stir-fry or blending them into your pasta sauce, though. Mushrooms are low in kilojoules, contain some vitamin D, and may have a positive impact on your gut health, says Brissette. She adds, “until there’s strong evidence that drinking mushrooms is better than eating them, I’ll stick to adding them to food where they belong.”

I have read and accept the privacy policy and terms and conditions and by submitting my email address I agree to receive the Prevention newsletter and special offers on behalf of Prevention, nextmedia and its valued partners. We will not share your details with third parties, and will only share delivery information in the event of you being a prize winner.
This article originally appeared on prevention.com
© prevention.com
First published: 12 May 2018
Tags:  arabica coffeeathletic performancebrissettebulletproof coffeecaffeinechaga mushroomchaga mushroomscordycepsgreen coffee beanhealth benefitshealth benefits of mushroomsmaitake mushrooms