What Is Rosacea? Experts Explain the Chronic Skin Condition

Facial redness or “flushing” is the most common sign of rosacea. 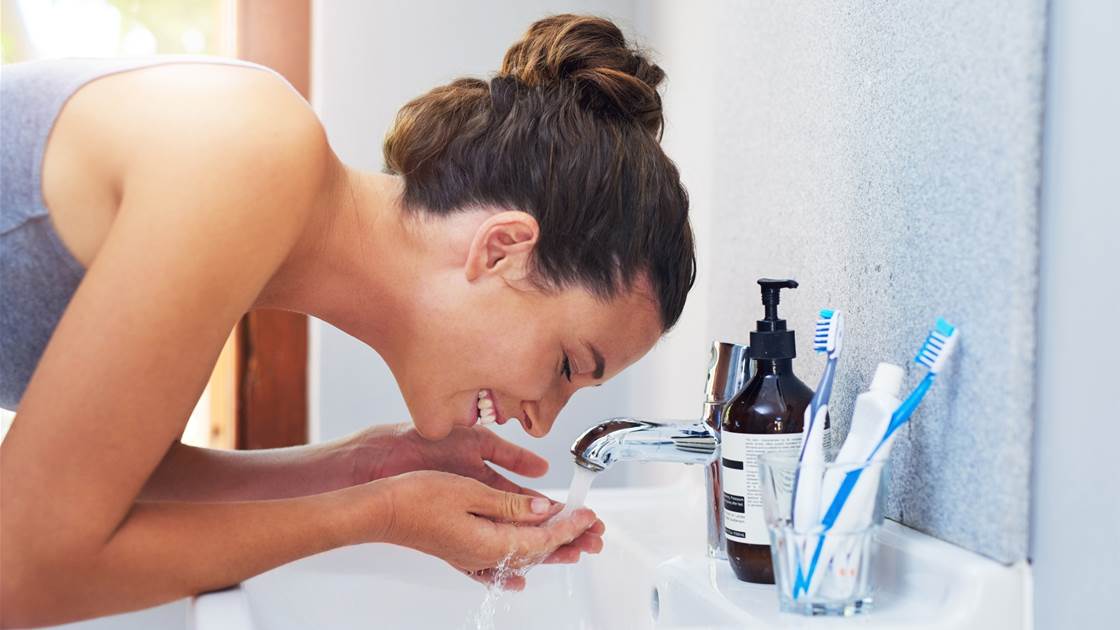 If you’ve noticed unusual pink patches or redness on your face that sometimes comes and goes, you may have a skin condition known as rosacea. Rosacea is a chronic skin disorder that causes flushed pink cheeks (without blush!) as well as pimples, and nearly all faces can develop it.

There are two major rosacea symptoms: redness and pimples, both of which typically appear on the cheeks but can spread to the nose, chin, and forehead. But though we know what rosacea looks like, experts say there are still unknowns about the condition, including what exactly causes it. “The whole ‘which comes first’ of it all” is tricky, says dermatologist Dr Heidi Waldorf. “The inflammation associated with rosacea leads to more redness and vice versa.”

Still, derms say if you’re diagnosed early on, you may not experience its more severe symptoms like eye irritation or a swollen red nose. And since rosacea mimics acne symptoms, you need to know the difference to get ahead of a possible diagnosis and treatment. After all, even though the skin disorder is dominant in fair-skinned, middle-aged people between 30 and 50 years old, anyone is susceptible to it.

There are four types of rosacea, and their symptoms differ. Erythematotelangiectatic rosacea is the most common and causes your face to redden. Other types include papulopustular, which brings on pimples; phymatous, which appears as lumps and bumps; and ocular, making eyes look bloodshot.

Flare-ups, which is when rosacea is visible on the face, are characterised by four common symptoms. If you spot at least one of these symptoms, it means you’re having a flare-up.

Red or pink patches on the cheek, nose, chin, and forehead are often the first signs of rosacea. During a flare-up, you may also experience facial dryness, warmness, stinging, or burning. This symptom is also referred to as “flushing” and is the most common among rosacea patients. The reason you’re seeing the redness or feeling the heat is that the small blood vessels in your face have dilated, though they’re not always visible.

Sometimes, the blood vessels on your cheeks or nose dilate so much that you can see them. This symptom usually accompanies flushing, but it isn’t as common as flushing alone. The visible blood vessels can extend to your forehead or to the bottom of your cheeks as well.

Pimples or bumps on the face

Pimples and bumps associated with rosacea are not a form of acne. “Rosacea can mimic acne, but they are thought of as two separate conditions. That’s because rosacea usually isn’t presented with comedones (blackheads and whiteheads) as in the case of acne,” says dermatologist Dr Nianda Reid. Rosacea pimples and bumps are solid red and often pus-filled. Burning and stinging can also occur at the site of the bumps. Dr Reid notes that this symptom is primarily present in middle-aged women. However, Dr Waldolf says that “it is common for anyone to progress from erythrotelangiectatic rosacea (redness/flushing) to this papulopustular inflammatory rosacea (pimple type).”

This is something you can experience before other symptoms, at the same time as other symptoms, or later. However, typically only those with more severe cases of the skin disorder experience eye irritation. It falls under ocular rosacea, where eyes appear watery or bloodshot, Dr Reid says. Eyelids can also become red and swollen, and red blood vessels may appear in the eyelid margins. If this sounds like you, do not ignore the signs; call your doctor about them. Ocular rosacea can be detrimental, resulting in corneal damage and loss of vision.

Dr Waldorf says it is very rare to experience this symptom of phymatous rosacea, where the nose becomes large, red, distorted, and spongey. It appears mostly in men and is also called bulbous nose or rhinophyma. If you’ve experienced this rare symptom, know that it is treatable through surgical procedures, including laser therapy.

Where does rosacea come from?

The exact causes of rosacea are not clear, but various factors can play a role in whether you develop the skin condition. For one, it can be hereditary. A study found that out of 600 rosacea patients, nearly 52% had a relative who also had the condition. “Other studies have also shown that rosacea may be caused by the body’s response to certain bacteria or mites that live near the hair follicle, irritating the skin,” Dr Reid says. But no matter what the exact cause of your rosacea is, a dermatologist can help you figure out what your triggers are.

Knowing your triggers can help you get your rosacea under control and warn you of an oncoming flare-up. Plus, there are many effective treatments. You may need ongoing treatment to keep your skin clear of rosacea, says Dr Reid. After all, the skin condition is reoccurring and can appear at any time. These are the most common triggers:

I have read and accept the privacy policy and terms and conditions and by submitting my email address I agree to receive the Prevention newsletter and special offers on behalf of Prevention, nextmedia and its valued partners. We will not share your details with third parties, and will only share delivery information in the event of you being a prize winner.
This article originally appeared on prevention.com
© prevention.com
First published: 5 Oct 2021
Tags:  beautycarehealthnutrition/wellnessskinskincare