Why your body needs a break from alcohol

A growing number of women are saying no to wine o'clock and hello to better fitness, greater clarity and a fatter wallet. 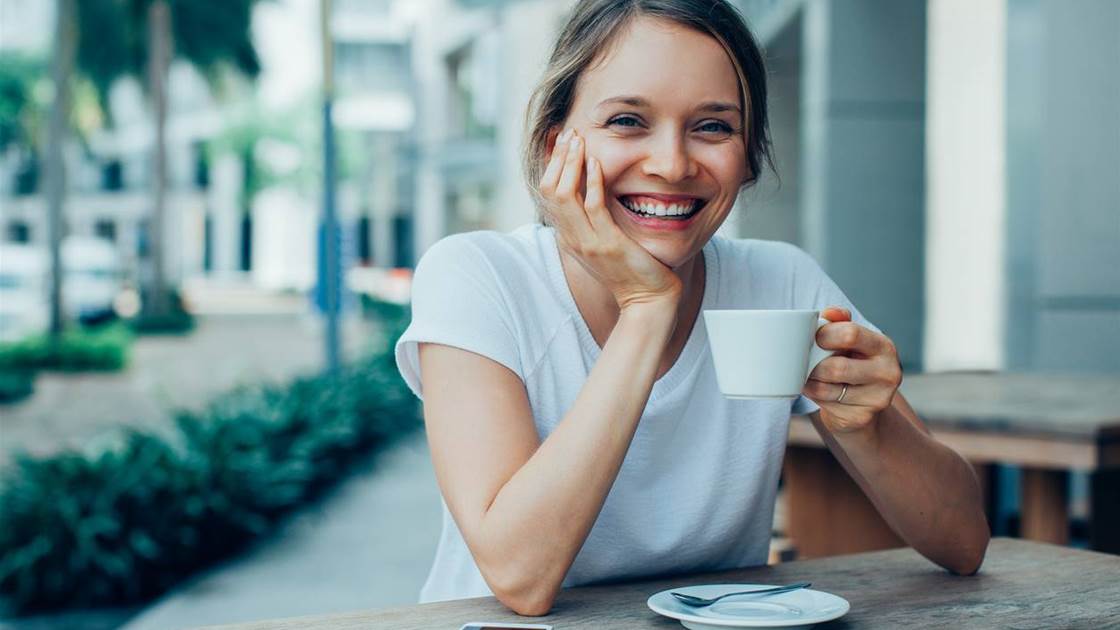 It’s Friday night, it’s been a big week, the kids are nagging, dinner’s yet to be cooked and there’s a mountain of washing waiting to be done. To take the edge off, you reach for the red, pour yourself a glass and savour that first sip, allowing a sense of calm to wash over you, before carrying on with the daily grind.

For many women, ‘wine o’clock’ is a sacred ritual. Some days it’s a glass while cooking; on other days it’s half a bottle over dinner. But it’s something that’s never given a second thought because everyone does it.

And it’s true that curling up on the sofa with a vino, or a generous G&T, is a common pastime for Australian women and something we barely bat an eyelid at. But with sobering new statistics on alcohol consumption and a growing range of alternative options available, now could be the time to rethink that drink and get curious.

Feb Fast, which kicked off on February 1 - is a great opportunity to give up alcohol for 28 days to support disadvantaged youth in Australia. It's the perfect excuse to kick-start the year with a little good health and a lot of good will.

Could alcohol be the new stress buster?

Australian women at midlife are now more likely than any other age group to consume alcohol at high-risk levels and consider it normal, as long as they “appear respectable and in control”, according to new research by Edith Cowan University in Western Australia. The same study found that Australian women, in contrast to Danish women, admitted to using alcohol regularly to remedy stress, shrugging it off as “just needing a drink after a bad day (The Danish participants said it was “unacceptable”.) Midlife women are also drinking more alcohol than any other age group – more than two glasses of wine a day, according to the Queensland University of Technology.

At the same time, the guidelines around safe drinking levels have changed in the past 12 months. New alcohol recommendations suggest there is no safe or no-risk level when it comes to drinking, with research linking 5000 breast cancer cases a year to long-term drinking. So, why the uptake?

Drinking to cope with everyday life

Faye Lawrence, 46, a national marketing communications manager in Queensland, admits that alcohol was the only way to cope with adulthood that she knew how. “I had alcoholism in my family and never had any healthy coping mechanisms modelled to me,” she explains. “I just remember being young and noticing the way drinking turned my head off for a moment, so as I got into my 40s, I knew nothing other than drinking to take the stress away.”

As it turns out, drinking to cope is now the number one cause for the rise of alcohol use in midlife women, according to the University of Western Sydney (UWS). Looking at the drinking habits of nearly 1000 women aged 35-59, over seven years, researchers discovered that, while all were highly functional, career and motherhood oriented, they tended to have limited coping abilities. And for those with anxiety or depression, alcohol consumption actually triggered their symptoms. Mags Sheridan, 48, a recovery coach in Sydney, says it became a “self-prescribed medication” when she began caring for her dying father.

From the life of the party to a teetotaller, Faye Lawrence founded Untoxicated, a sober community with more than 5000 members. She shares her story and advice for others. “I was always high functioning – raising children, holding down a job, paying a mortgage and studying psychology, so I convinced myself it wasn’t a problem. I would go through stages saying, ‘I’ll only have two glasses’ or ‘I just won’t drink on certain days,’ but then I’d end up in a spiral of guilt, which went on for 20 years because I kept telling myself, ‘Everyone does it, it’s normal.’ It was only when I began working from home, my children left the nest and I had a relationship breakdown that I tipped over the edge and sought help.

At first, it was terrifying, I was always the ‘life of the party’ and the ‘mum with wine on the deck,’ so I didn’t know how to operate in the world.

Now, sobriety is the best gift I’ve ever given myself. I have self-respect, these wonderful things called boundaries, greater clarity and I now feel I’m the person I’m meant to be. I always thought I was the rebellious one – drinking and partying – but if you think about it, everyone drinks, so it’s actually more rebellious not to!”

The benefits of going sober

Transitioning to a sober lifestyle was the best thing Samantha ever did. “I suddenly saw life through a new lens,” she says. “I used to be a fitness fanatic who ate healthily then binged a bottle a night and hated myself. Now I can say, ‘You’re a good person, your behaviour aligns with your values’... and the self-loathing has disappeared. It’s been liberating.” Research shows that aside from waking up fresh-faced, cutting out alcohol also improves sleep, slims the waistline, brightens the mood, protects heart health and will help your hip pocket! And, like Samantha, women who go on to live flourishing, alcohol-free lives tend to feel more true to themselves and make decisions that prioritise their values, according to the UWS. For women who are feeling their nightly vino has become more buzzkill than buzz, perhaps consider getting curious. As Ruby Warrington, author of Sober Curious, puts it: “It’s the next logical step in the wellness revolution.” So, why not join the rebellion against alcohol and seek the same sober high?

Looking to shake off the boozy lifestyle? Faye shares her tips:

“I flipped my mindset and instead of focusing on what I was losing, I got curious and thought, ‘What am I gaining from this experience?’ Quite quickly, I noticed a lot!”

“Thinking ahead helps. I would ask myself, ‘If I have this wine, how will it end up?’ I knew if I had a glass, I’d want half a bottle and, before I knew it, have ‘x’ bottles under the belt and not know how I got home.”

“The hardest thing was learning to sit with emotions and anxiety. Yin yoga has been amazing, along with getting out in nature. Now when I’m struggling, I ask, ‘In the scheme of things, does this matter?’”

“I remind myself that I always have a choice. I can go and have a drink if I want to, it’s still up to me, but I get to decide how my life goes and know I’m choosing not to.”

“There’s a perception you have to wait until you hit rock bottom. But the question I always ask is, ‘Am I the best version of myself or the person I want to be when I’m drinking?’”

“Vulnerability is critical to liking yourself. It takes guts to own your choices and say, ‘This is who I am.’ And when you do people often say, ‘Wow, that’s such a brave thing you’ve done.’”

Is drinking becoming a problem, or are you just struggling to cope? Visit smartrecoveryaustralia.com.au or call Lifeline on 13 11 14.

I have read and accept the privacy policy and terms and conditions and by submitting my email address I agree to receive the Prevention newsletter and special offers on behalf of Prevention, nextmedia and its valued partners. We will not share your details with third parties, and will only share delivery information in the event of you being a prize winner.
© Prevention Australia
First published: 28 Jan 2021
Tags:  alcoholicfeb fastsobersober curioussocial drinking