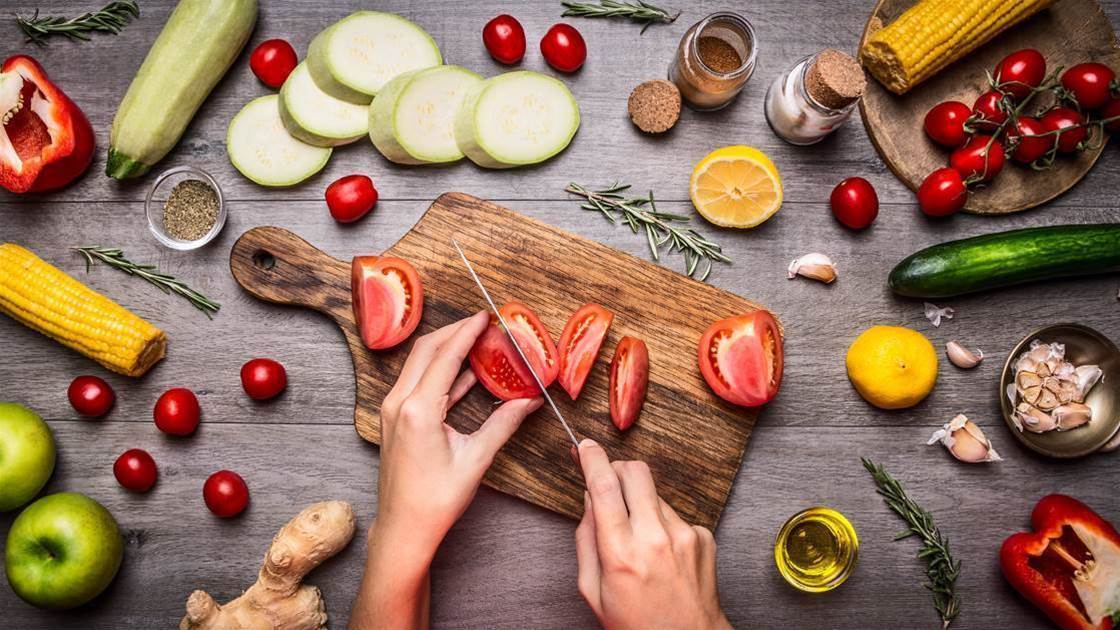 If you’re trying to slim down, you’ve probably amassed a bank full of kJ-cutting tips and tricks. So it may come as a shock to learn that many of the ones you’ve sworn by are actually working against you. “In their quest to lose weight, many women unknowingly sabotage themselves,” says dietitian Elisa Zied. Find out what you’re doing wrong - and learn expert moves to drop those kilos for good. 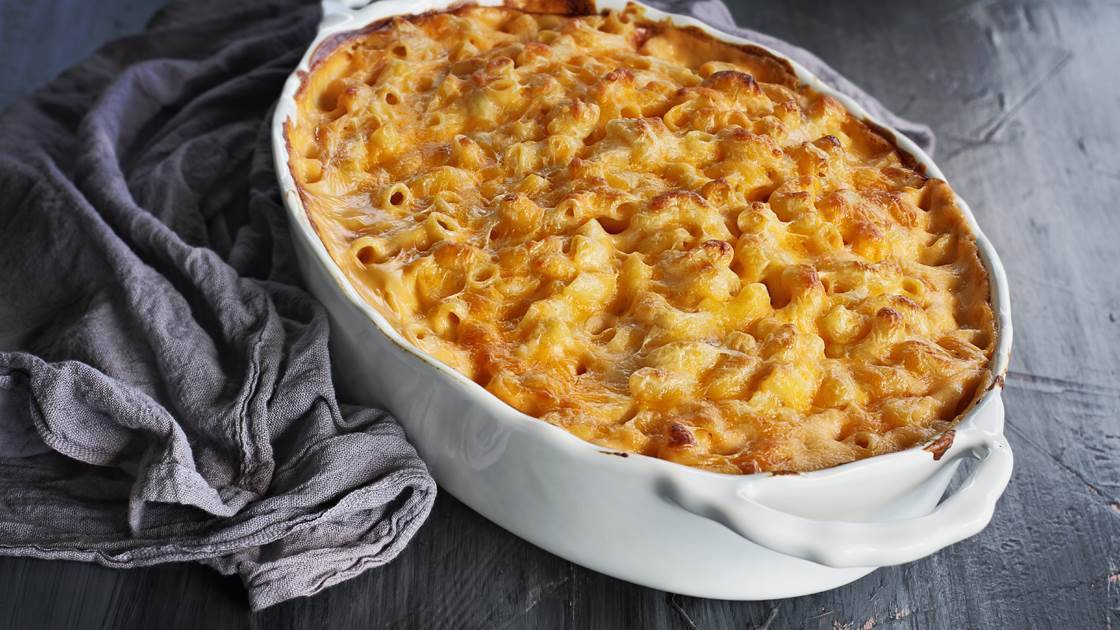 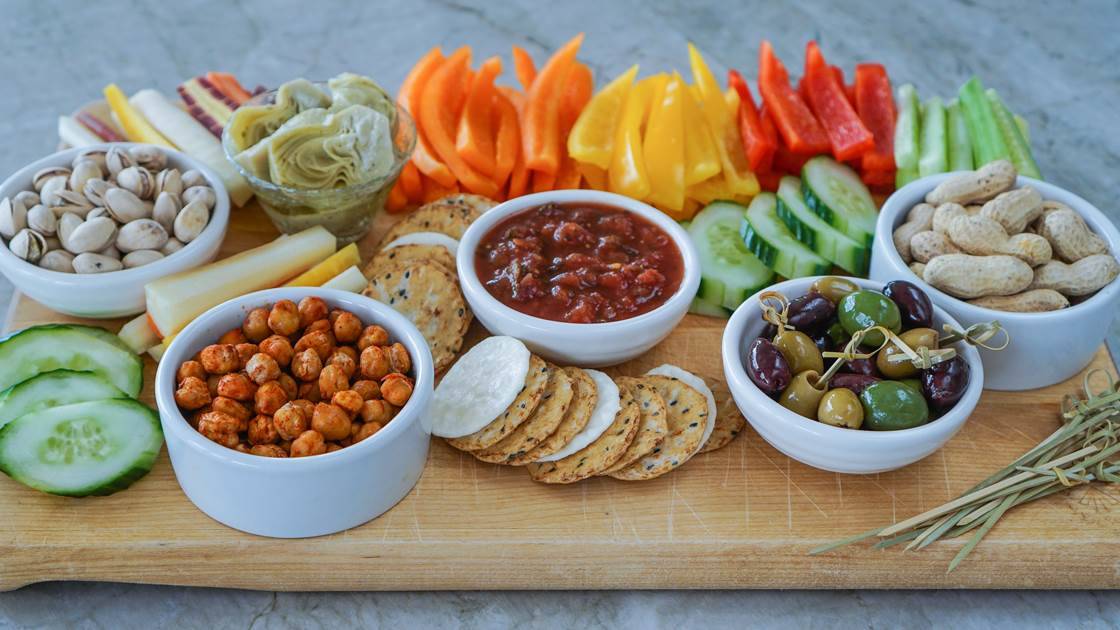 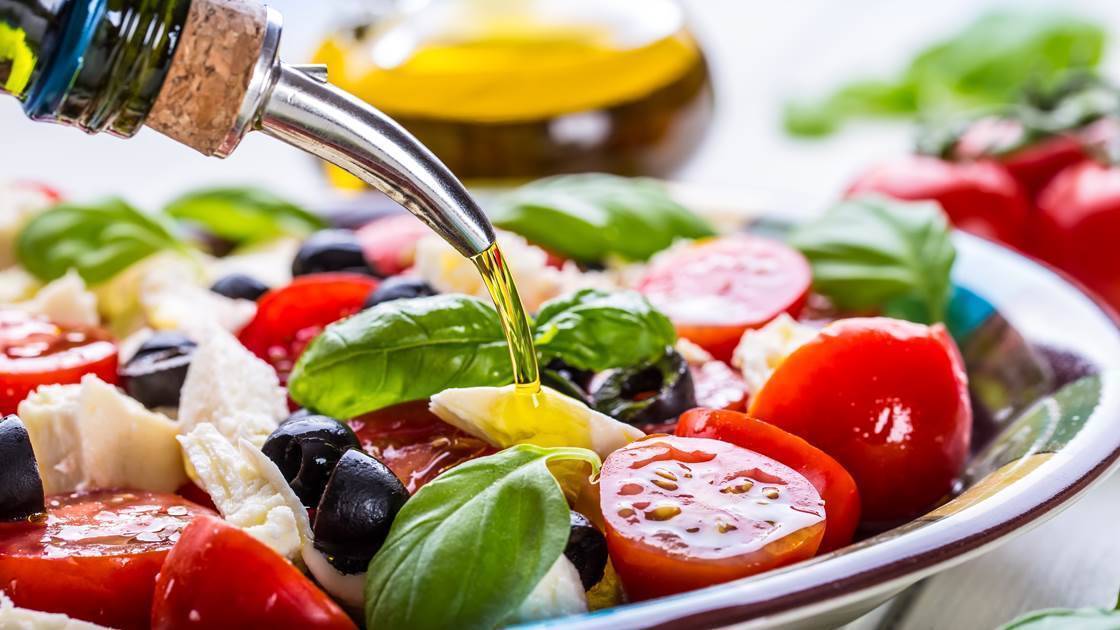 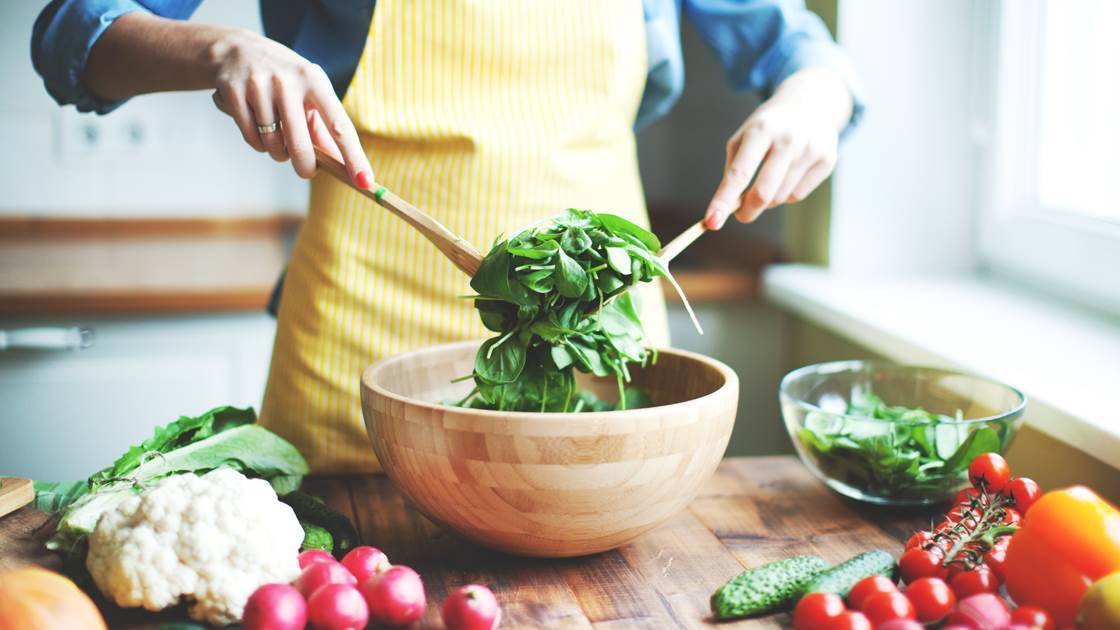 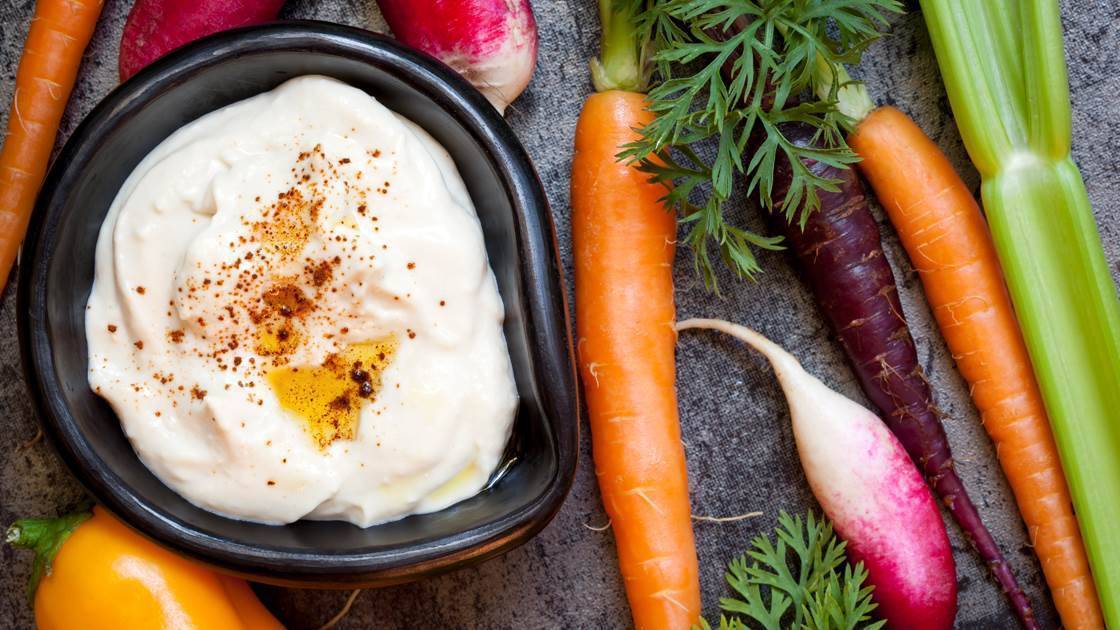 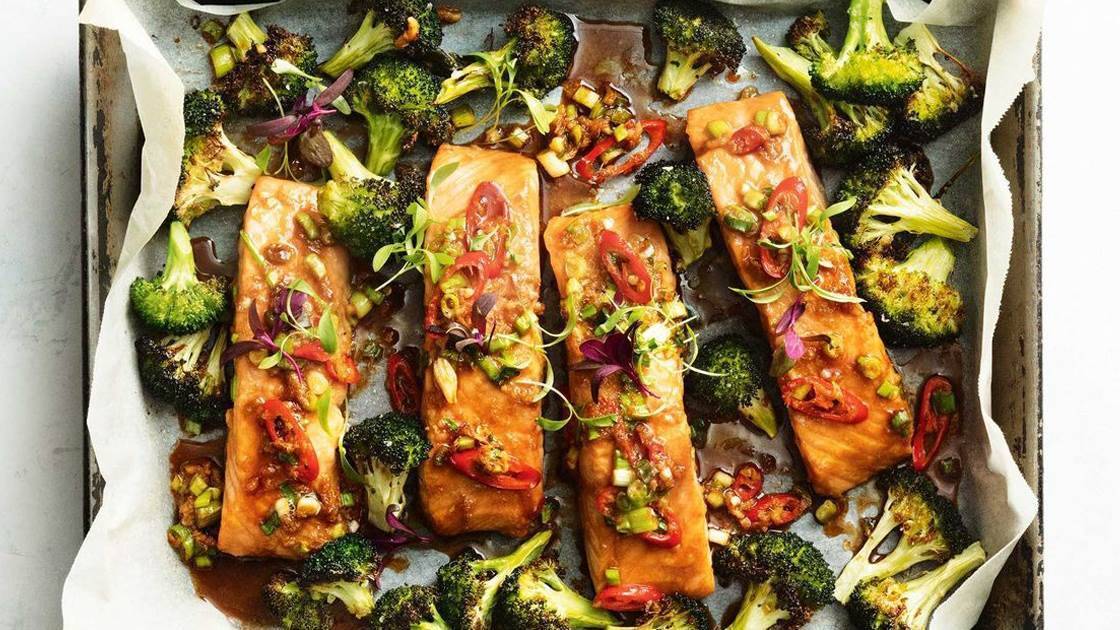 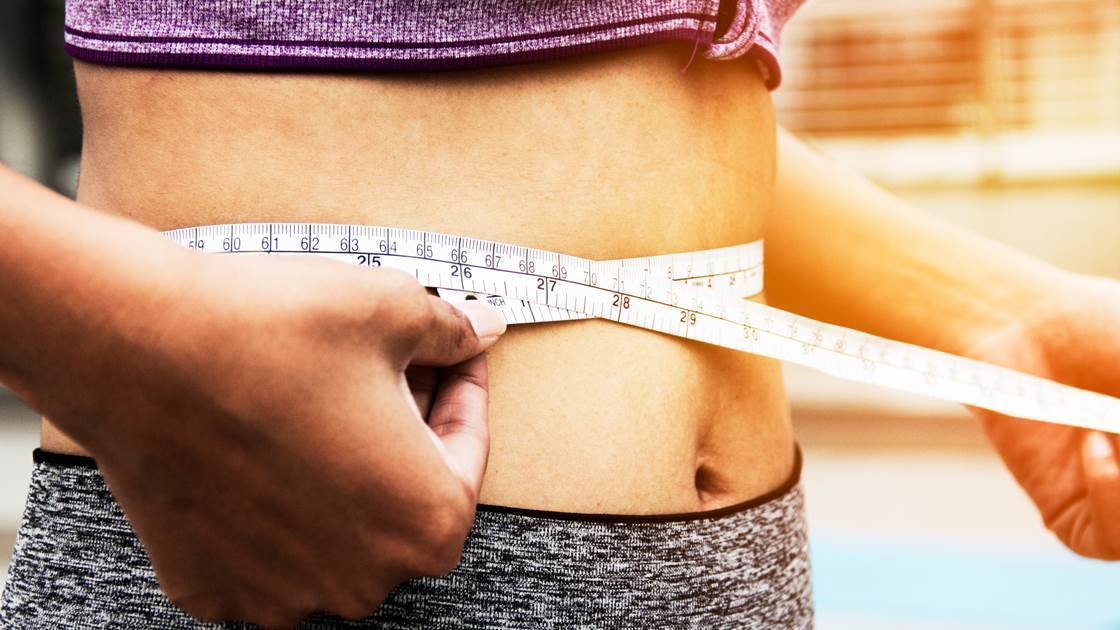 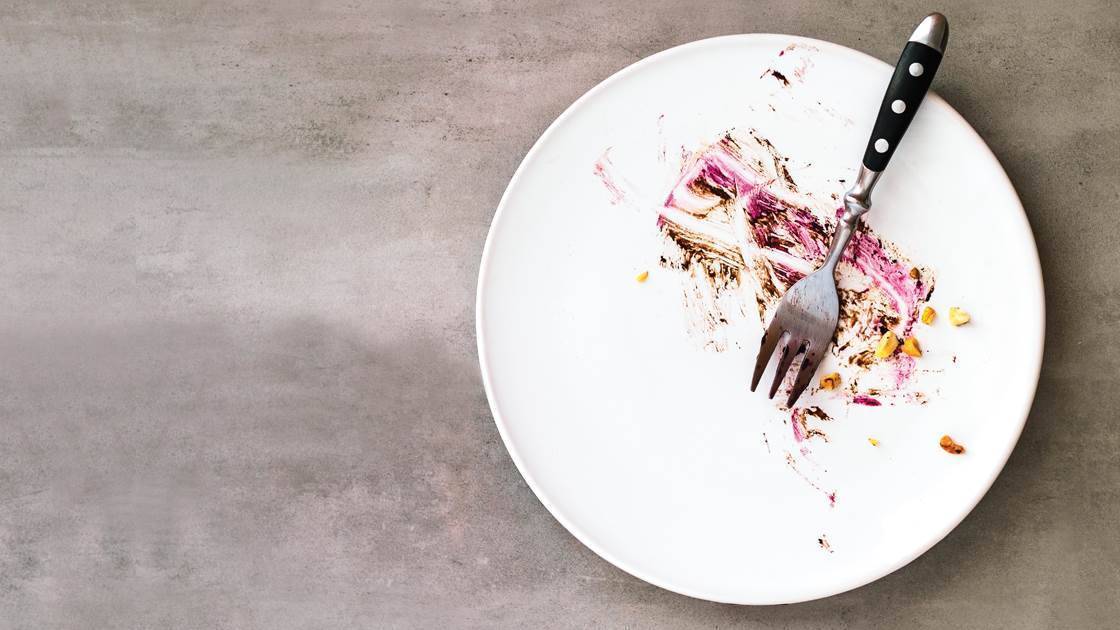 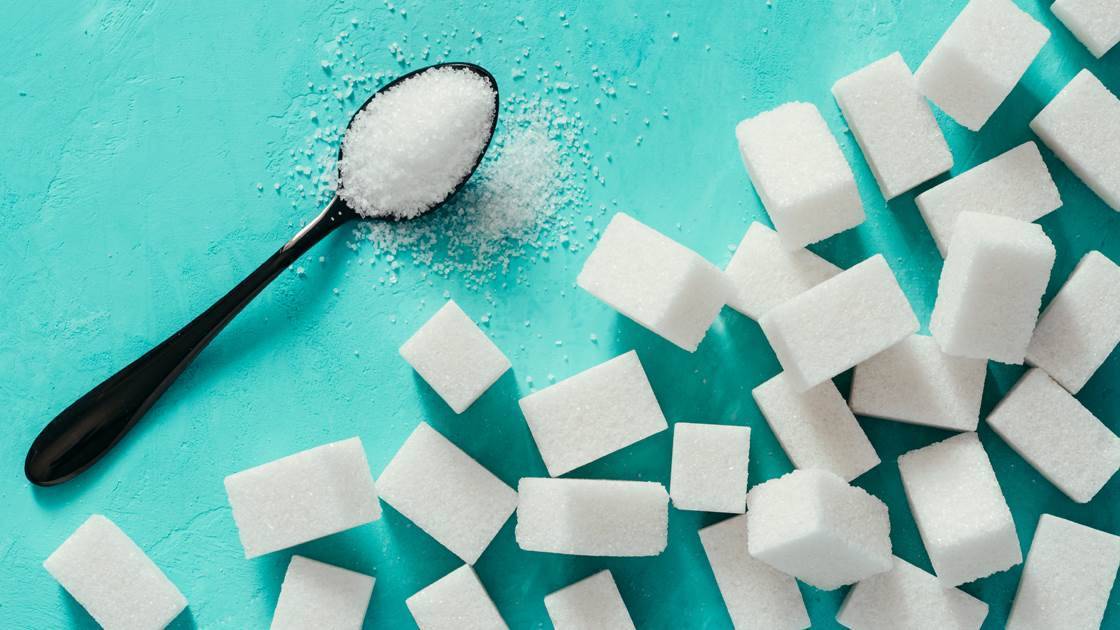 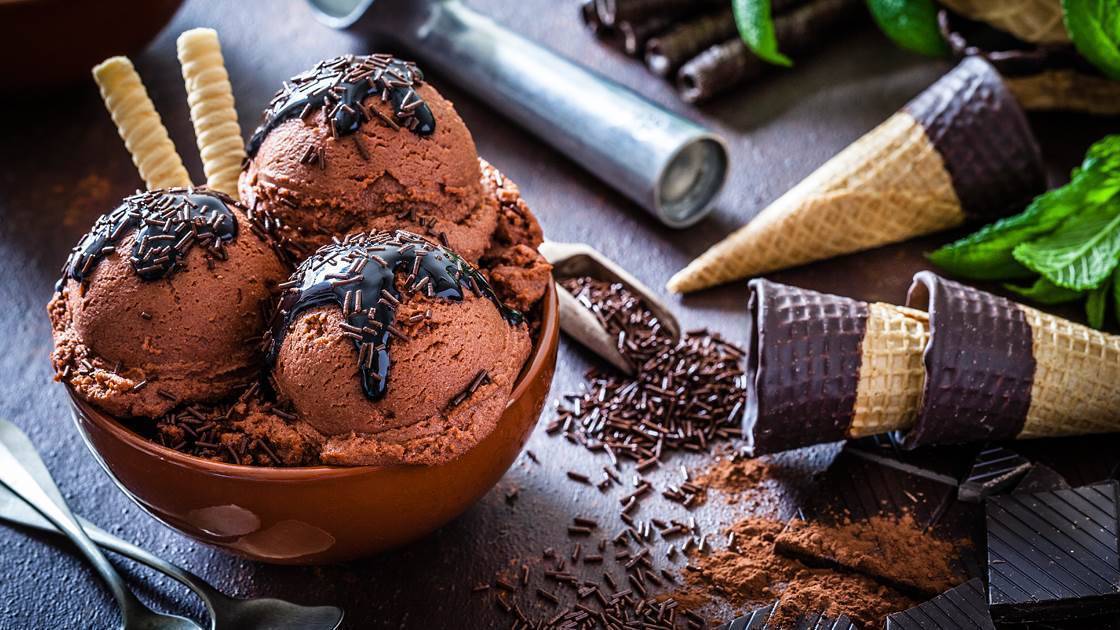 You save your kilojoules for a big dinner

Yes, cutting total kilojoules leads to weight loss. But gang up most of those kilojoules for the end of the day and your hunger hormones will go haywire, making you eat more. Middle-aged men and women who ate their daily number of kilojoules in one supersize supper produced more ghrelin, a hormone that causes hunger, than when they ate the same number of kilojoules in three square meals, found US researchers.

Overeating in the evening keeps you from feeling hungry in the morning, starting a cycle where you skip breakfast but are always starving by dinner. Rebalance your day so you don’t binge in the evening. To get your appetite back in the morning, cut your evening meal in half. Then eat a breakfast of about 1,300kJ (450cal), such as a scrambled eggs on a wholegrain toast - an amount that should keep you satisfied until lunch. On the go in the mornings? Stock up on frozen fruit and reduced-fat yoghurt.

You graze instead of eating regular meals

Eating in this manner may contribute to weight gain, according to an American Journal of Clinical Nutrition study. When researchers asked women to eat at fixed times or to break their usual amount of food into unscheduled meals throughout the day, they found that the women burned more kilojoules in the three hours after eating the regular meals than they did after the unplanned ones. They produced less insulin, too, potentially lowering their odds of insulin resistance, which is linked to weight gain and obesity. What’s more, grazing instead of planning ahead can set you up to eat mindlessly, says Zied.

First, you should figure out how many times a day you need to eat - everybody is different - then plan your meals to match your nutrition needs. “It’s not great to feel starved, but it is OK to feel slightly hungry,” says Zied. You can home in on your body’s internal cues with a food diary. Pay attention not just to what and when you eat, but also to how hungry you felt before the meal and how satisfied you felt after.

You cook with glugs of oil

Extra virgin olive oil is high in good monounsaturated fat - the kind of fat that can help lower LDL cholesterol - but it also has about 2,000kJ (477cal) and 54g of fat per 1/4 cup. If you don’t measure the amount of oil you use to cook you can end up with way more oil and kilojoules than you need.

When grilling or sautéing, lightly spray food with a can of Extra Virgin Olive Oil, says dietitian Jennifer Nelson. If you’re doing stir-fry, wipe a paper towel dipped in oil around the pan before adding ingredients. You can also make your sautés sizzle with chicken or veg stock.

You top your veg-filled salad with cheese and nuts

The virtue of a salad starts to wilt when you add more than one kJ-dense topping, such as cheese, nuts, croutons, or dried fruit. Cheese can register high in bad saturated fat, and though nuts have monounsaturated and polyunsaturated fats that may help raise good HDL cholesterol, a small serving of walnuts can add up to about 775kJ (185cal) and 18 g of fat. Croutons, which are often made with white bread, are usually just empty kilojoules masquerading as food. And dried fruits can contain extra sugar as well as additives.

Nelson offers a simple ratio for preparing meal-worthy salads: “Three-quarters should be fresh fruits and vegetables, and the last quarter should be a combo of lean protein, like chicken, plus a complex carbohydrate such as brown rice. Then allow yourself 2 tablespoons of kJ-dense items.” For big nutrition impact with minimal kilojoule load, forgo dried fruit in favour of fresh pomegranate seeds. These colourful seeds are loaded with healthy polyphenols, and researchers at Case Western Reserve University found that pomegranate extract may be effective in reducing the inflammation that can lead to arthritis.

You plunge celery into peanut butter or creamy dip

While it may seem like a good idea to watch your favourite sitcom with a plate of crisp celery on the coffee table in front of you, that jar of peanut butter sitting right next to it can spell trouble. Sure, peanut butter provides healthy fat and protein, but it also has 400kJ (94cal) per tablespoon - so this seemingly healthy snack can tip the scale in the wrong direction if you’re not cautious. And a mere 2 tablespoons of creamy dressing can pack 600kJ (145cal) and 15 g of fat.

SMARTER MOVE: Make your own dip

If you can’t bear raw veggies without a little something extra, mix reduced-fat Greek yoghurt with salsa or zingy seasonings, such as curry powder. Finally, beat boredom by introducing new vegetables into your rotation.

People consistently underestimate the kilojoules in nutritious items such as yoghurt, fish, and baked chicken, found US researchers who quizzed students on kilojoule counts. “Just because a food is healthy doesn’t mean you can eat big portions,” says dietitian Milton Stokes. If you’re adding healthy foods to your diet, that’s great. But if you’re not cutting back elsewhere to compensate for additional kilojoules, it could be the reason you’re not really seeing the scale move.

SMARTER MOVE: Count all your kilojoules

Be aware of how many kilojoules you consume, whether in the form of a decadent dessert or a healthy food. Once you learn that 1/2 cup of cereal can have as many as 800kJ (200cal) or that there are about 880kJ (220cal) in that “single-serving” bottle of OJ, you’ll be more prudent about how much you use.

Only 20% of dieters successfully keep off the weight they lost for more than a year. That’s because old eating habits creep back in after we reach our goal. But people who stay slimmer consistently eat the same way even after they’ve lost weight. In fact, dieters who maintain their healthy eating habits every single day are 1 1/2 times more likely to maintain their weight loss in the long run than those who relax their diets on weekends.

Think of healthy eating as a work in progress, rather than a “diet” with a beginning and an end. The key: making small changes you can maintain so they become lifelong routines. Start by creating a list of problem areas in your diet, then tackle them one at a time. For example, if you snack on a heaping handful of cookies every night, set a goal of having two instead of six, then cut back by one a day. Once you’ve made that a habit, move on to your next goal.

You eat like a bird leading up to a big event

Slashing major kilojoules might sound like the fast track to weight loss, but it’s likely to backfire. Nutrition experts actually recommend you don’t dip below 5,000kJ (1,200cal) a day. “If you crash diet for more than 2 weeks or so, your metabolism will temporarily slow down,” says Blackburn. “So the same exact dieting effort results in less and less weight loss.” The reason: Your body is conserving energy to keep you from losing weight too quickly. Plus, when you drastically cut kilojoules, you lose muscle along with fat. Because muscle is your body’s kJ-burning furnace, this can slow your metabolism, even long after your crash diet is done.

SMARTER MOVE: Aim for half a kilo per week

Go the slow, steady route, which ensures you lose fat, not muscle. If you want to drop 5kg, get started 10 weeks before your goal, not 4, so you’ll have a better chance of taking off the weight permanently.

You add sugar to every tea and coffee

Sipping coffee or tea black isn’t the problem. Both beverages have been linked to a number of health benefits, including a lower risk of heart disease and cancer. A study in the Journal of Agricultural and Food Chemistry also suggests that drinking coffee may reduce your chances of type 2 diabetes. But extra kilojoules and saturated fat come with added sugar or milk.

Slowly reduce the amount of sugar you pour into your drink so that if you normally have two teaspoons, trim this down to one and a half, and get used to that for several days before adding just one teaspoon, then a half until you finally get used to the taste without sugar.  And rethink the serving size of your milky latte or cappucino, by trimming it from a large to a regular cup you will save 400kJ (100 cals).

You splurge on low-fat and sugar-free foods

Research suggests that when a food is described as a diet food, we’re subconsciously primed to eat more - even if it’s actually as kJ-dense as regular food. Plus, though less fat does not mean fewer kilojoules, people make the assumption that it does, setting them up to overeat, say scientists.

This helps you separate fact from fiction about the nutritional value of that food. Then follow the golden rule for all eating: Keep close tabs on portions. Limit yourself to two small cookies or trade in a bowl of ice cream for a scoop. Measure out servings of condiments like sauce and dressings. And remember: If you prefer the flavour of full-fat foods, you’ll still lose weight if you watch your portion sizes. So enjoy - just don’t overdo it.

I have read and accept the privacy policy and terms and conditions and by submitting my email address I agree to receive the Prevention newsletter and special offers on behalf of Prevention, nextmedia and its valued partners. We will not share your details with third parties, and will only share delivery information in the event of you being a prize winner.
This article originally appeared on prevention.com
© Prevention Australia
First published: 30 Jul 2019
Tags:  diet mistakesdietingweight loss diets