10 Reasons You Always Have To Pee 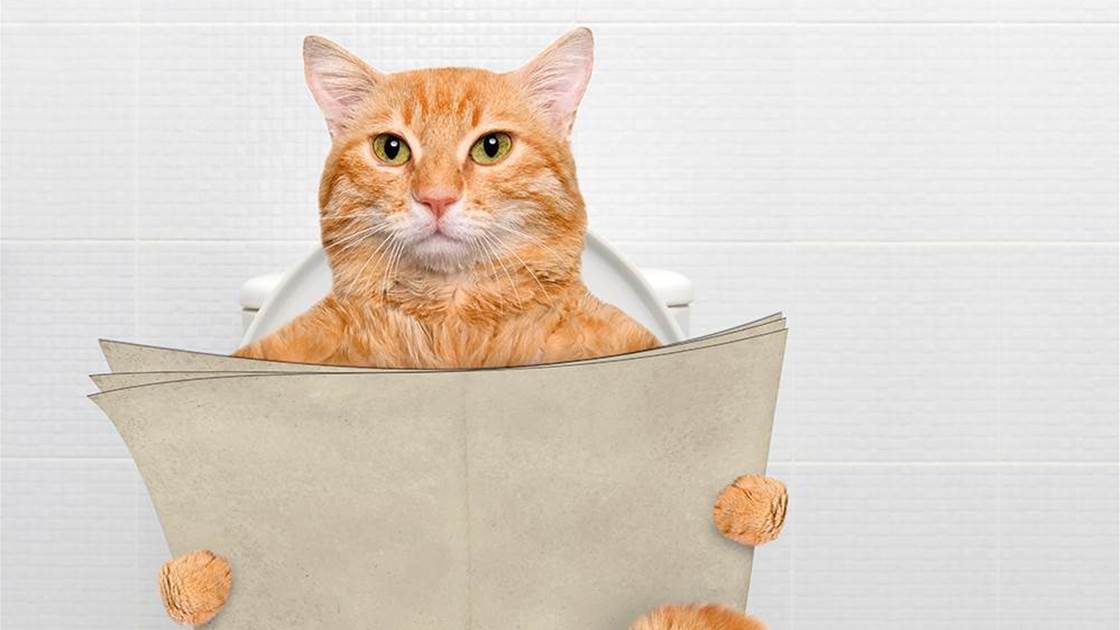 When you enter a movie theatre, you don't locate the nearest exit in the case of an emergency—you look for the nearest bathroom. You don't even bother sitting on the inside of the booth when you go out to eat with friends; you'll only end up disturbing their meal with your myriad bathroom breaks. And you measure a road trip not in distance or time but in the number of rest stops you know there will be.

You are, without a doubt, one of those people who feels like she ALWAYS needs to pee. So what gives with that bladder of yours? Here are a few of the potential causes for your constant trips to the loo. 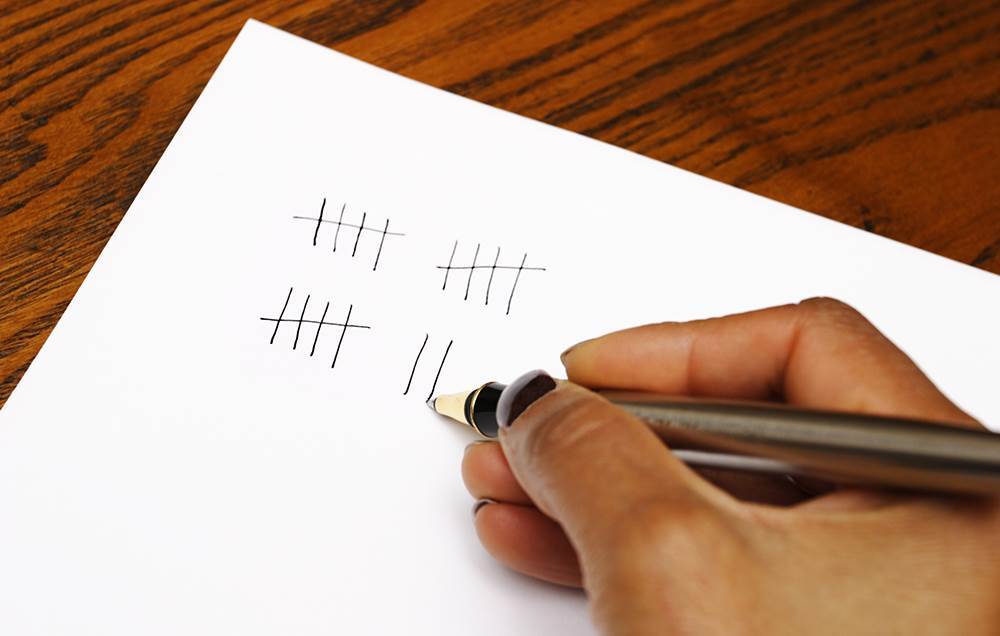 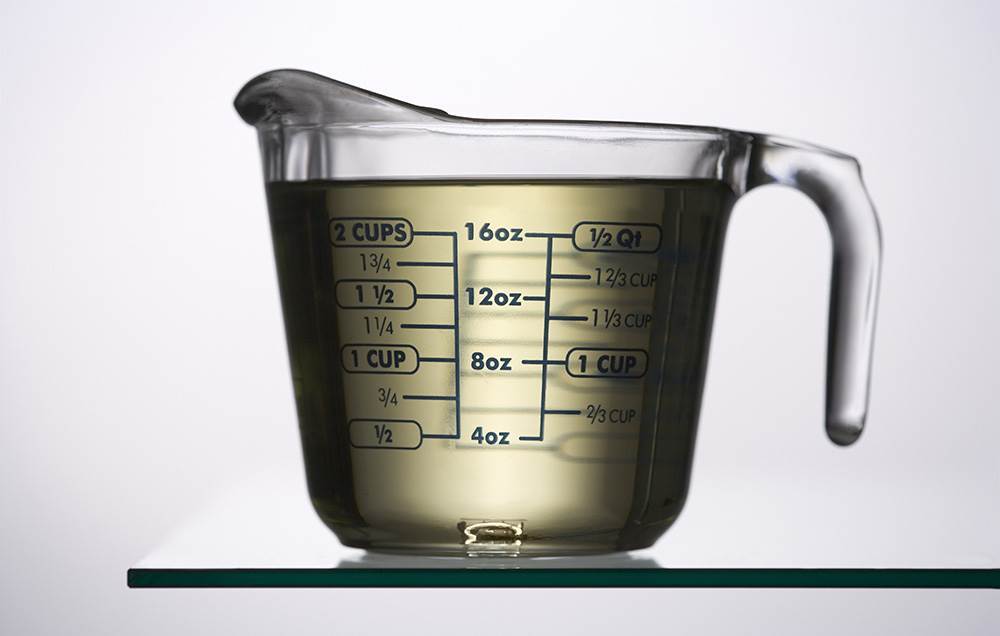 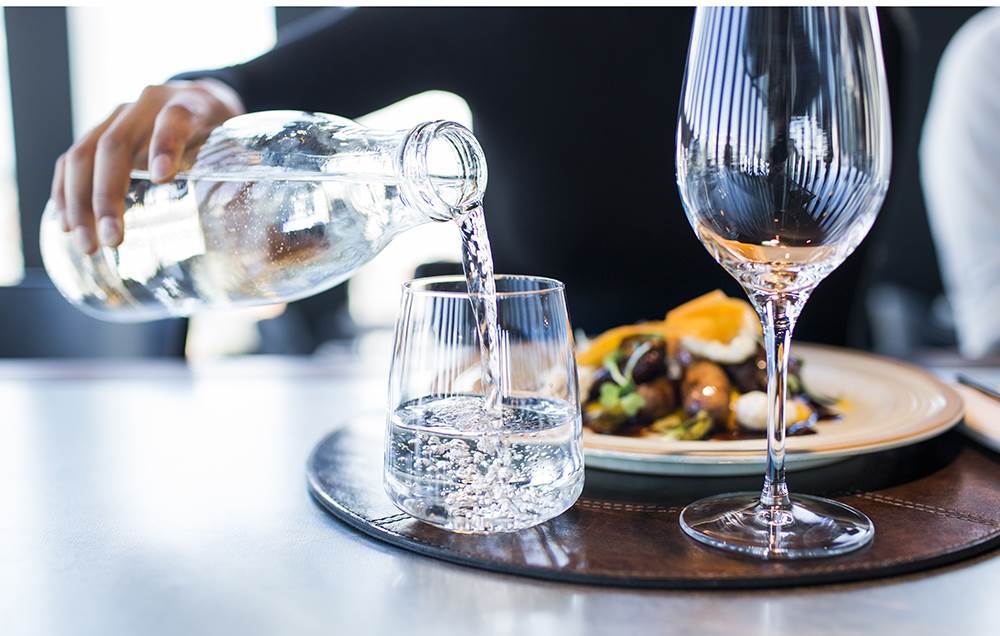 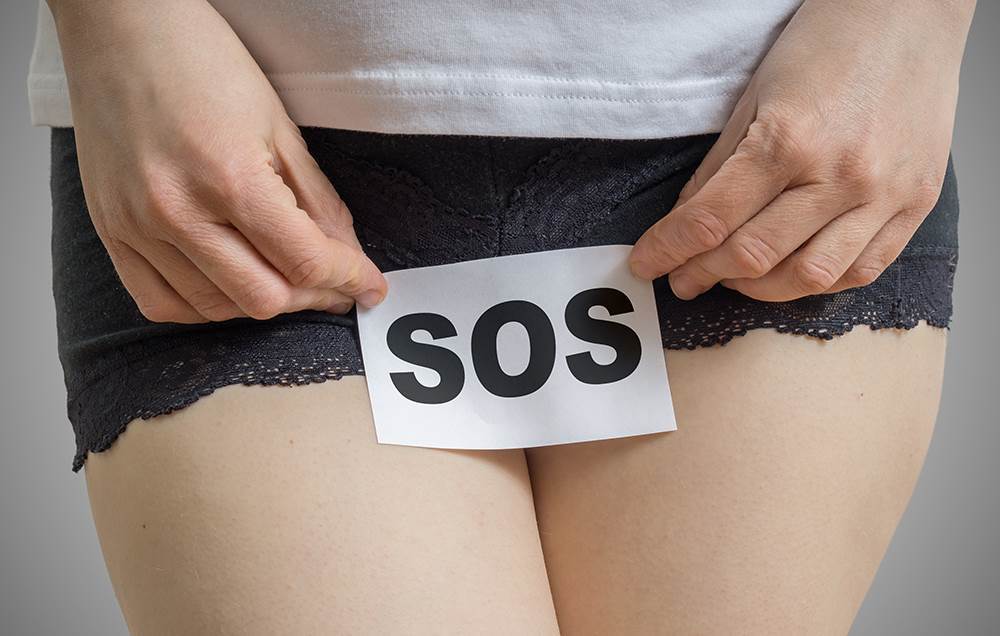 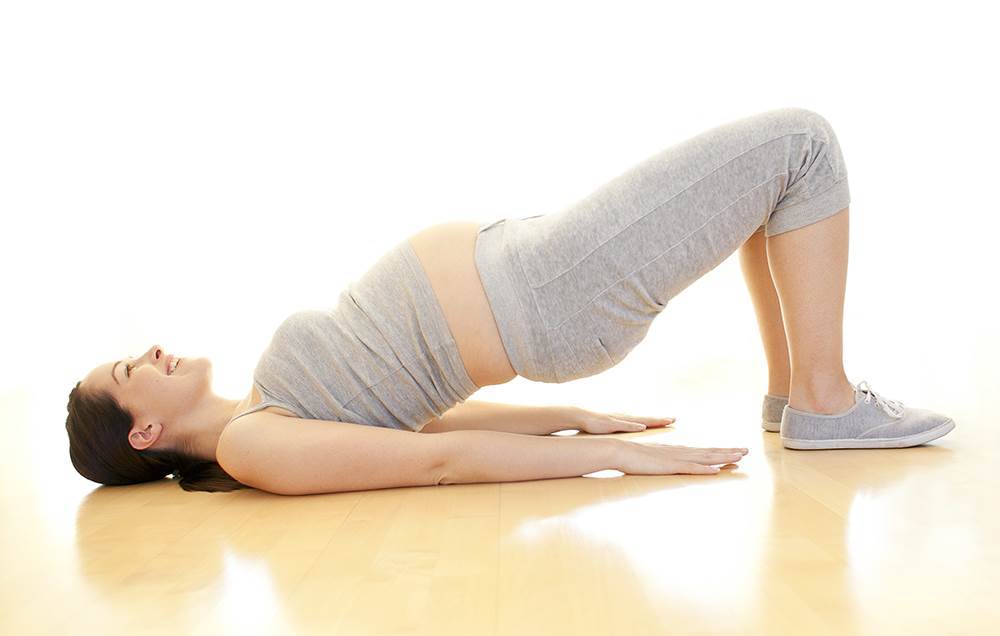 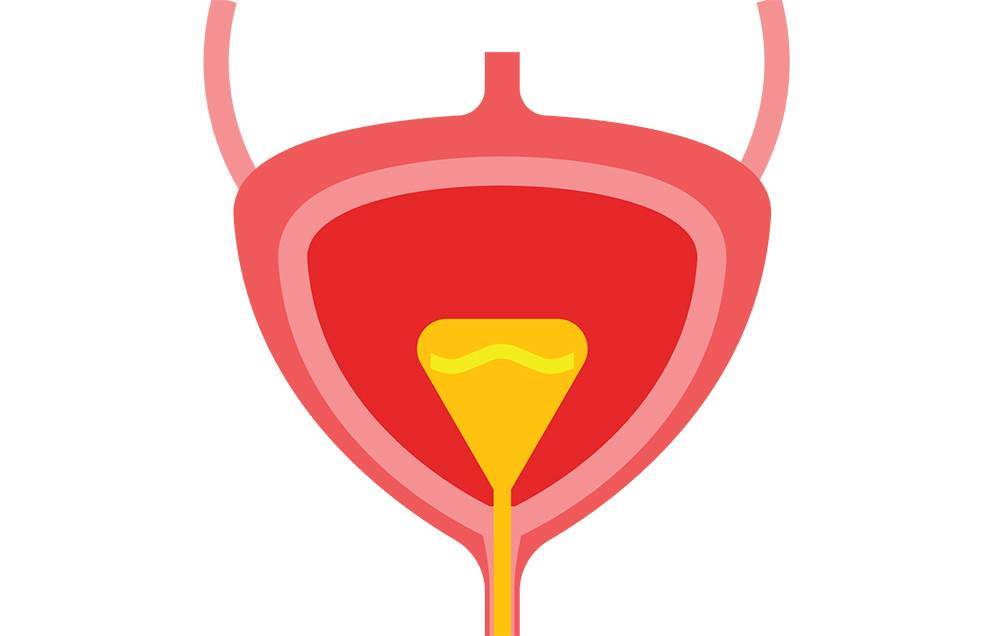 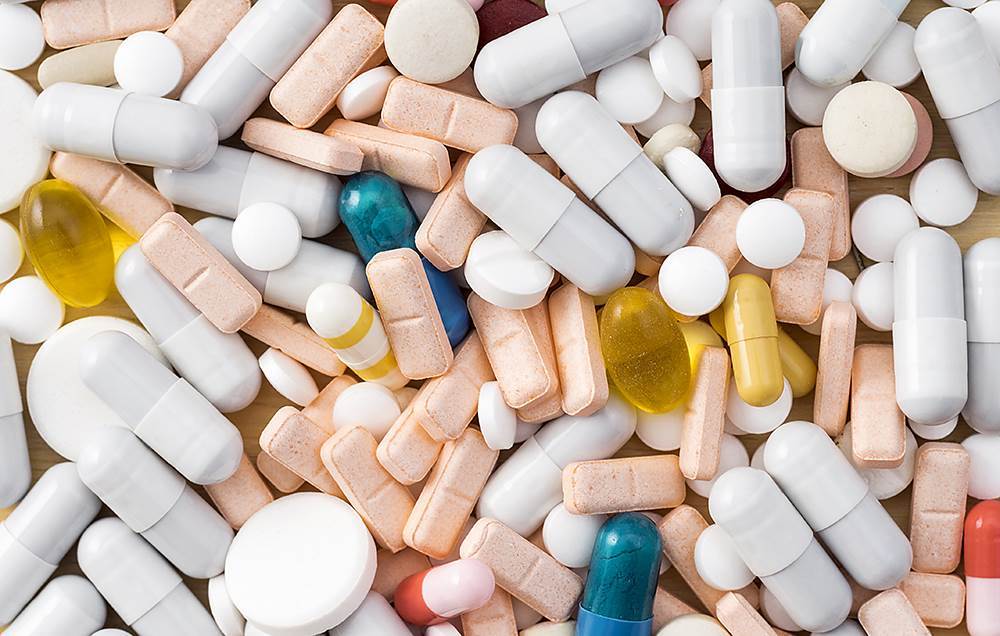 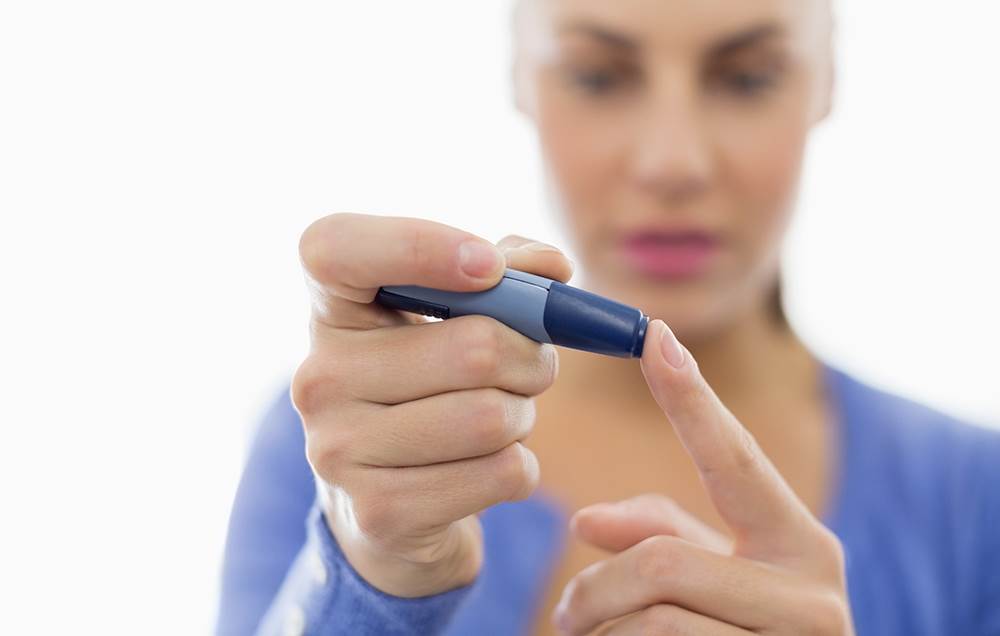 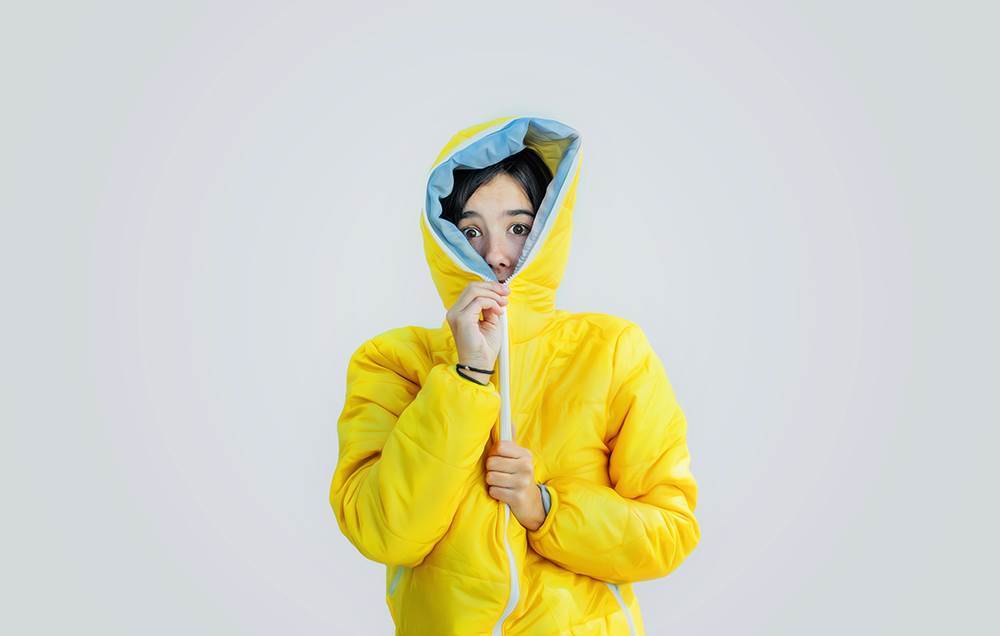 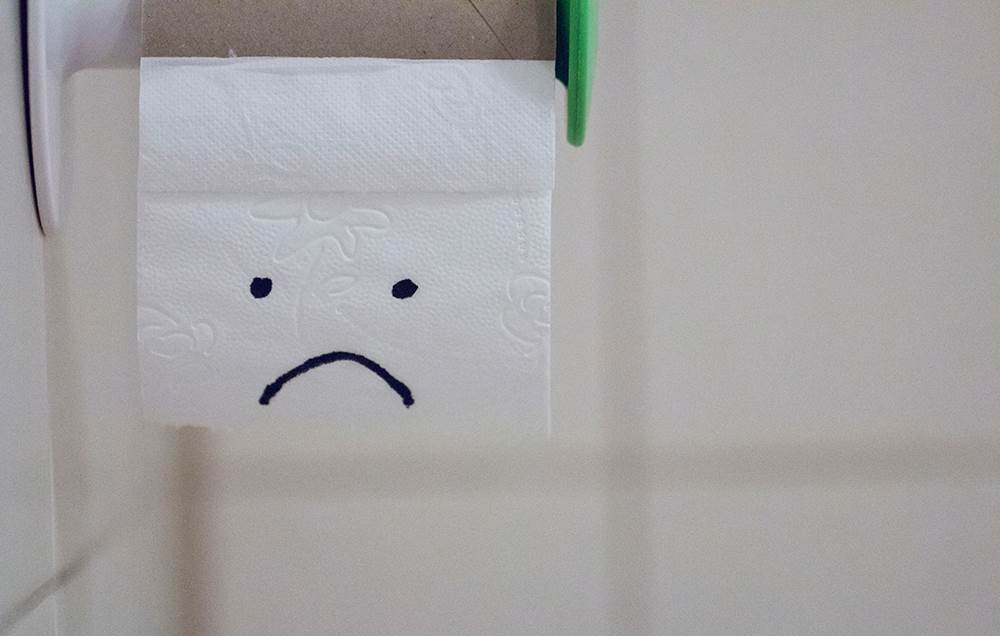 It sounds like kind of a lot, but, depending on how much liquid you drink, peeing roughly 8 times during the day is average, says urogynecologist Dr Betsy A. B. Greenleaf. "Even though it's annoying," she adds, "getting up once during the night is also considered normal." If you're irked by how much time you spend atop the throne, consider keeping a diary to chart your bathroom breaks. When you actually tally up your trips, what feels like a lot might be totally normal.
Photograph by Getty Images

You really could have a small bladder.

It's a classic excuse among the frequent pee-ers: "I just have a small bladder!" Turns out, there's some truth to that seemingly odd refrain. "Anatomically, everybody can be different, just like some people are tall and some people are short," Greenleaf says.

Most bladders hold about 2 cups of fluid. If you're going to the bathroom frequently and producing less than that, that's probably not normal, says Dr Tamara Bavendam. And yes, you should actually measure. Grab a container and see if you're hitting 1.5 to 2 cups, she says. (Just maybe wait until you're home alone to do that science experiment.)

The good news for the small bladdered is that you can train your bladder to hold more fluid. "When it's full, it can stretch," Greenleaf says. In tests of bladder capacity, teachers and nurses—people with limited time to take themselves to the toilet, for obvious reasons—consistently rank the highest, she says. "Some people have this idea that it's not good to hold urine in, so when they get the urge they run to the bathroom," Greenleaf says. "That's the opposite of stretching. If you give into the urges too often, you are training the bladder not to hold as much." (Just don't hold it so long that it starts to hurt.) You could be inadvertently doing this if you've preemptively started emptying your bladder more frequently in just-in-case scenarios, like in hopes of warding off leakage, say, before a workout, Bavendam says. "A change in your habits to try to prevent leakage can contribute to this cycle of going more and more often, and then you feel like you need to go frequently."

You're drinking too little water.

Yes, really. Understandably, if you spend a lot of time thinking you have to pee, you might be inclined to dehydrate yourself just a touch. If you don't drink as much, you won't have to go as often, right? Turns out this way of thinking is bladder sabotage. "When you drink less, the urine becomes more concentrated, and the more concentrated it is the more irritating it can be to the bladder, which can trigger the sensation that you have to go more often," Greenleaf says. "It you drink more fluids, you may actually be able to hold more, because the more dilute the urine is the less irritating it is to the bladder."

Of course, you'll also be rushing to pee if you really overdo it on the water, so just drink enough to keep your urine a light, straw-coloured yellow, Bavendam says.

You have an infection or kidney stones.

Both a urinary tract infection and the little crystal formations known as kidney stones can irritate the bladder (in the case of stones, it's when they pass through the urinary tract and approach the bladder), increasing how often you feel you have to pee. Both usually also come with other symptoms, so you should get a hint that something's up. "Usually a kidney stone will cause a lot of pain in the back or sides," Bavendam says. "Typically with UTIs, the classic sign is urgency, feeling like you need to pee really badly, and it also usually hurts to urinate."

You should hit the (pelvic floor) gym.

The stronger those down-there muscles, the easier it is to hold urine in, Greenleaf says. "A lot of women really don't know how to tighten or relax the pelvic-floor muscles," Bavendam says. Classic mistake: You get a strong urge to go and you literally run to the loo. "When you're running, your body's focused on running, not using your muscles to hold urine in your bladder," she says. "Instead, it's better to learn how to use your muscles to tighten the pelvic-floor area, let the urge subside, and walk to the bathroom."

Yes, we're talking about Kegel exercises. If you don't already know, the exercises are performed by tightening and releasing the muscles you'd use to stop the flow of urine without moving anything else in your body. You can get the full scoop here. (Here are 5 kegel exercise mistakes you're probably making.)

This is especially useful advice for women after pregnancy and childbirth. Miraculous milestones, sure, but both can do very real damage and stretching to muscles and tissue, including the bladder. There's evidence women would fare better in the urinary department if more attention was paid to recovery, Bavendam says. "If you injured your leg muscle, you would work at rehabilitating it, but that has never been a part of the standard practice after childbirth," she says. "Yes, a doctor might tell you to do your Kegels, but how does a woman really figure that out amongst taking care of her child and going to work? It can have a tremendous impact, but it has to be prioritised as being important to a woman's long-term health."

Your bladder is legit overactive.

If you're going a lot more often than every few hours, 8 times a day, you might qualify as having an overactive bladder. It's a condition more and more women find themselves in as they age, possibly because our nerves age along with us, Greenleaf says. We're more likely to have other medical conditions that also affect how often we've gotta go, she explains, including back problems that could lead to vertebrae pushing on nerves that then make the bladder feel full.

Your doctor might want to test the strength of your stream or use an ultrasound to see if your bladder is emptying completely, Bavendam says. "An even more sophisticated test can measure bladder pressure for people who have had unexplained symptoms for a long time," she says. If pelvic floor exercises and adjusting fluid intake don't make a difference, prescription meds might help the bladder relax into holding more urine.

You already take other meds.

Water pills or diuretics, often used to treat high blood pressure (here are 13 foods that lower blood pressure naturally), "can cause the kidneys to make a lot of urine really quickly," Bavendam says, which can send you rushing to the bathroom on the double. Another class of meds called anticholinergics, which are used to treat anxiety and depression, among other problems, can keep the bladder from emptying completely, she says, thereby leaving you feeling like you've gotta go again when you just went.
Photograph by Getty Images

You could have diabetes.

If you've ruled out other causes, there's a chance your constant peeing is due to diabetes. If your blood sugar's high, the kidneys won't be able to process all of it, and some can spill into the urine. That sugar will essentially pull more water out of you, Bavendam says, so you'll be generating more pee. Even eating food or candy with a lot of sugar is enough to make you go more frequently. "You could go to the bathroom every hour and still see 2 cups every time," she says. "That's not a bladder problem, it's a problem with the amount of urine you're producing."
Photograph by Getty Images

When the temperature drops, your body wants to do everything in its power to keep you warm. "Part of that process involves constricting the blood vessels in your extremities, to keep body heat from leaving," Greenleaf says. But, she says, “the body is a unit.” Constricted vessels in your feet, hands, legs, and arms shifts more blood to your core, which increases blood pressure in the vessels there. Then, your body reacts to that elevated blood pressure, wanting to normalise it. It does this by getting rid of extra fluids, just like some common meds for high blood pressure, in a process called diuresis. “Because you are physically making more urine, the bladder is filling more quickly and frequently, so you need to pee more,” Greenleaf says. When it’s all due to the weather? Cold diuresis.

Something more serious is going on.

Small bladder or not, many of us just figure the way we pee is...the way we pee. A sudden change in frequency or a really powerful urge is something you should bring up with your doc, though, as it could be a sign of underlying health problems, Greenleaf says. Herniated discs, for example, may be compressing the nerves. In some people, peeing a lot can be the first sign of multiple sclerosis. Tumours growing in the abdomen could press on the bladder. Luckily, these are all rare, but just to be safe, don't chalk it up to simply getting leakier with age.

I have read and accept the privacy policy and terms and conditions and by submitting my email address I agree to receive the Prevention newsletter and special offers on behalf of Prevention, nextmedia and its valued partners. We will not share your details with third parties, and will only share delivery information in the event of you being a prize winner.
This article originally appeared on prevention.com
© prevention.com
First published: 31 Jan 2018
Tags:  health problemstoilet troublesurinationurinewee problems