15 Foods High in Vitamin A 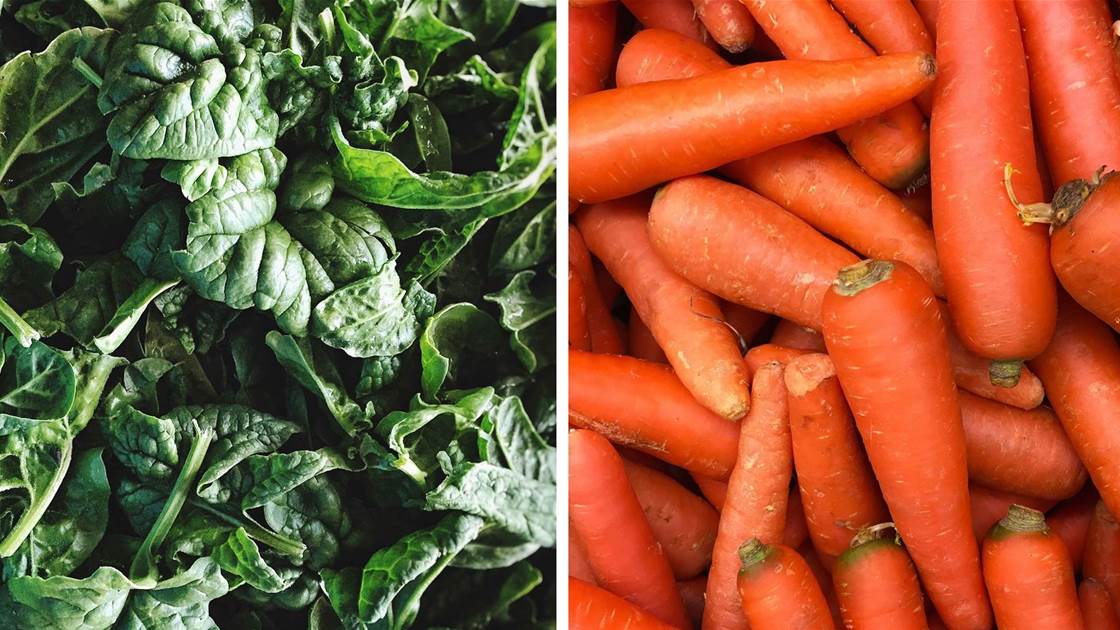 Vitamin A boasts many benefits, including aiding healthy vision and maintaining your immune function.

Ever wonder how you can make your way around your home in the middle of the night without crashing into a wall? Thank good ol' vitamin A. The fat-soluble nutrient helps maintain night vision, among a trillion other things.

“Vitamin A does a lot in the body,” says dietitian Lisa Samuels. It aids immune function and helps maintain healthy vision, teeth, bones, skin, and nails, Samuels says. Vitamin A also supports cell growth and plays a critical role in the maintenance of various vital organs including the heart, lungs, and kidneys.

Though vitamin A deficiency is rare, ensuring you include vitamin A-rich foods in your diet is important to overall good health. Including any of these delicious foods in your meals can help you continue to hit the daily mark. 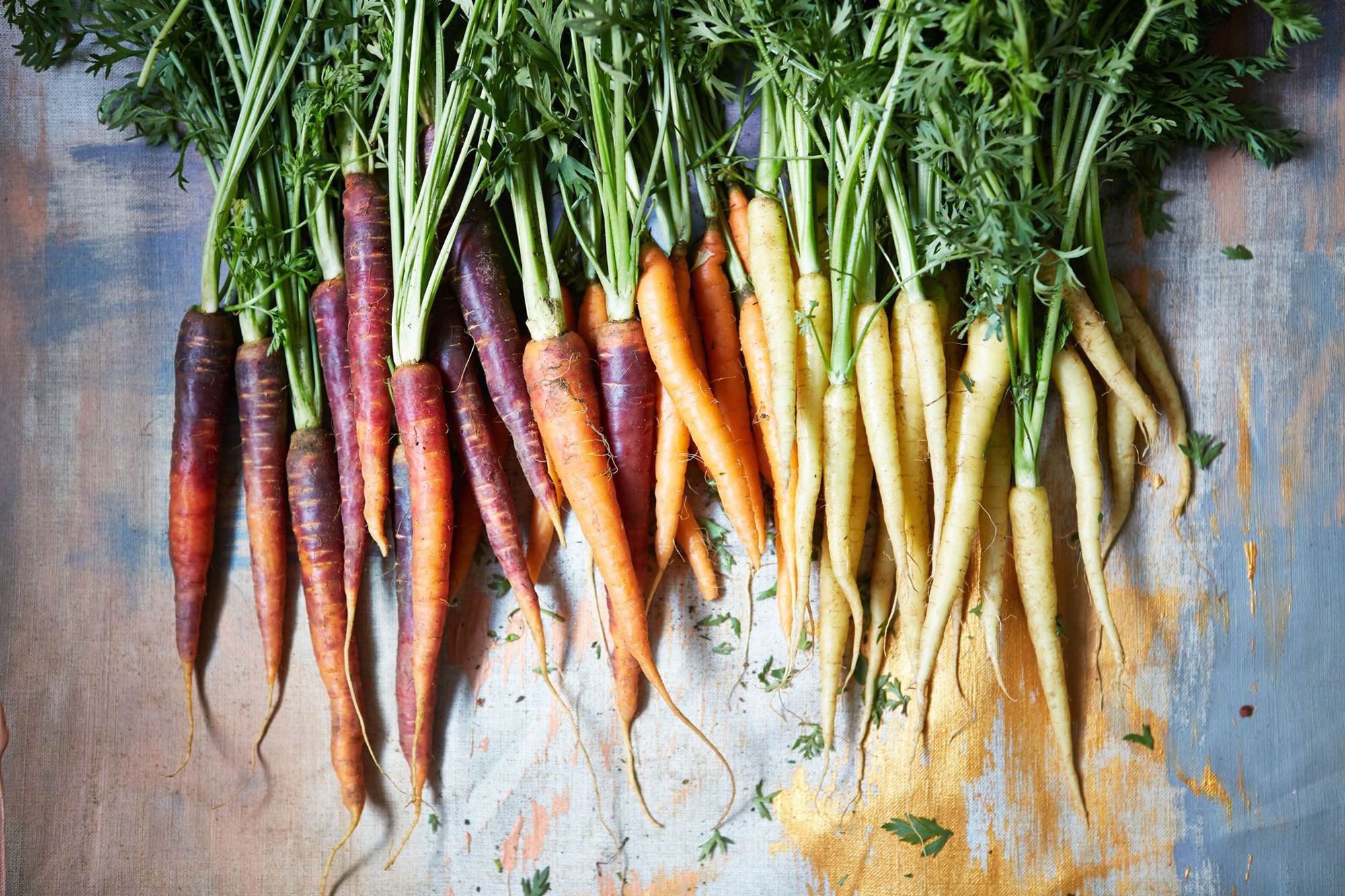 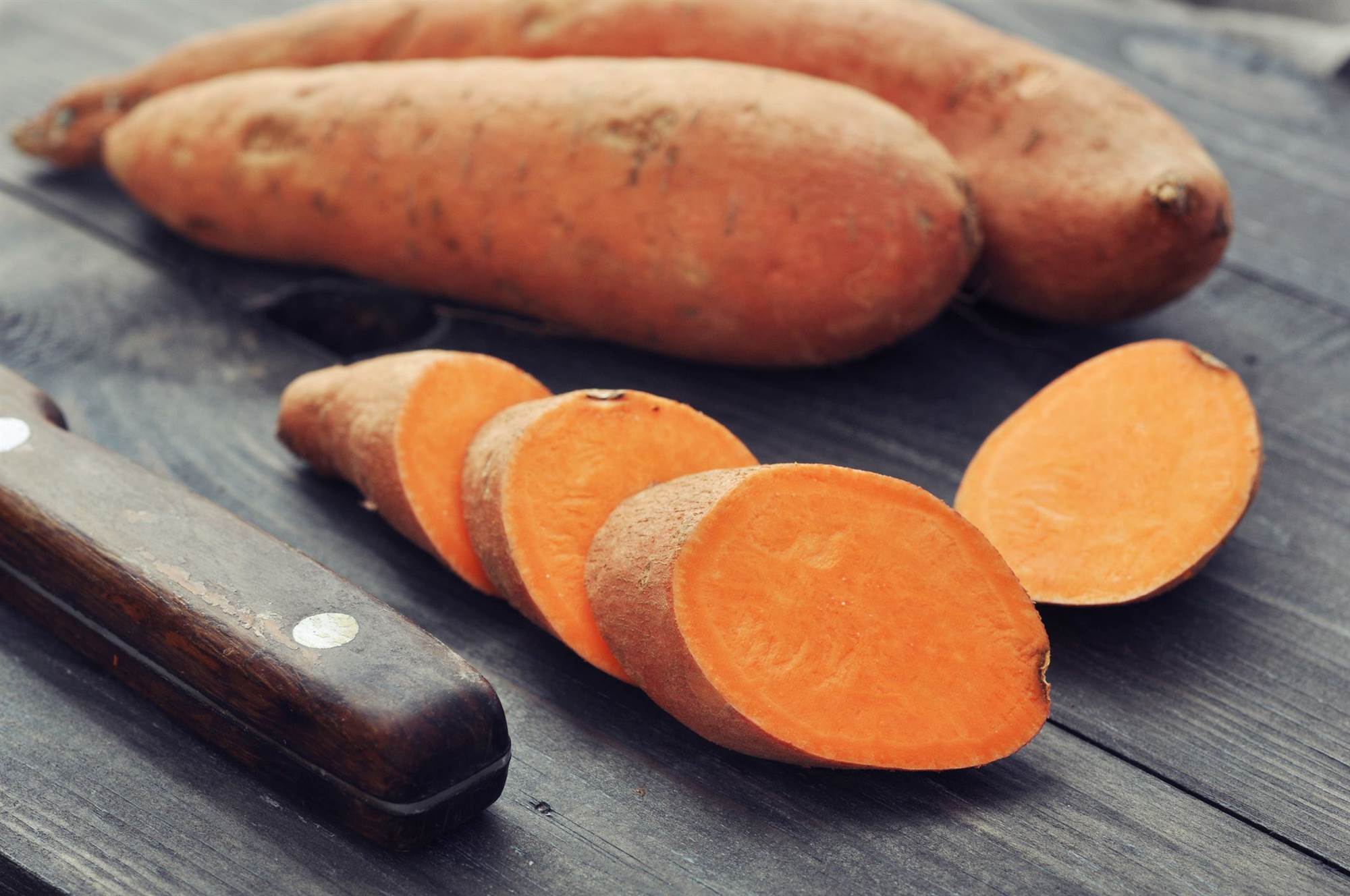 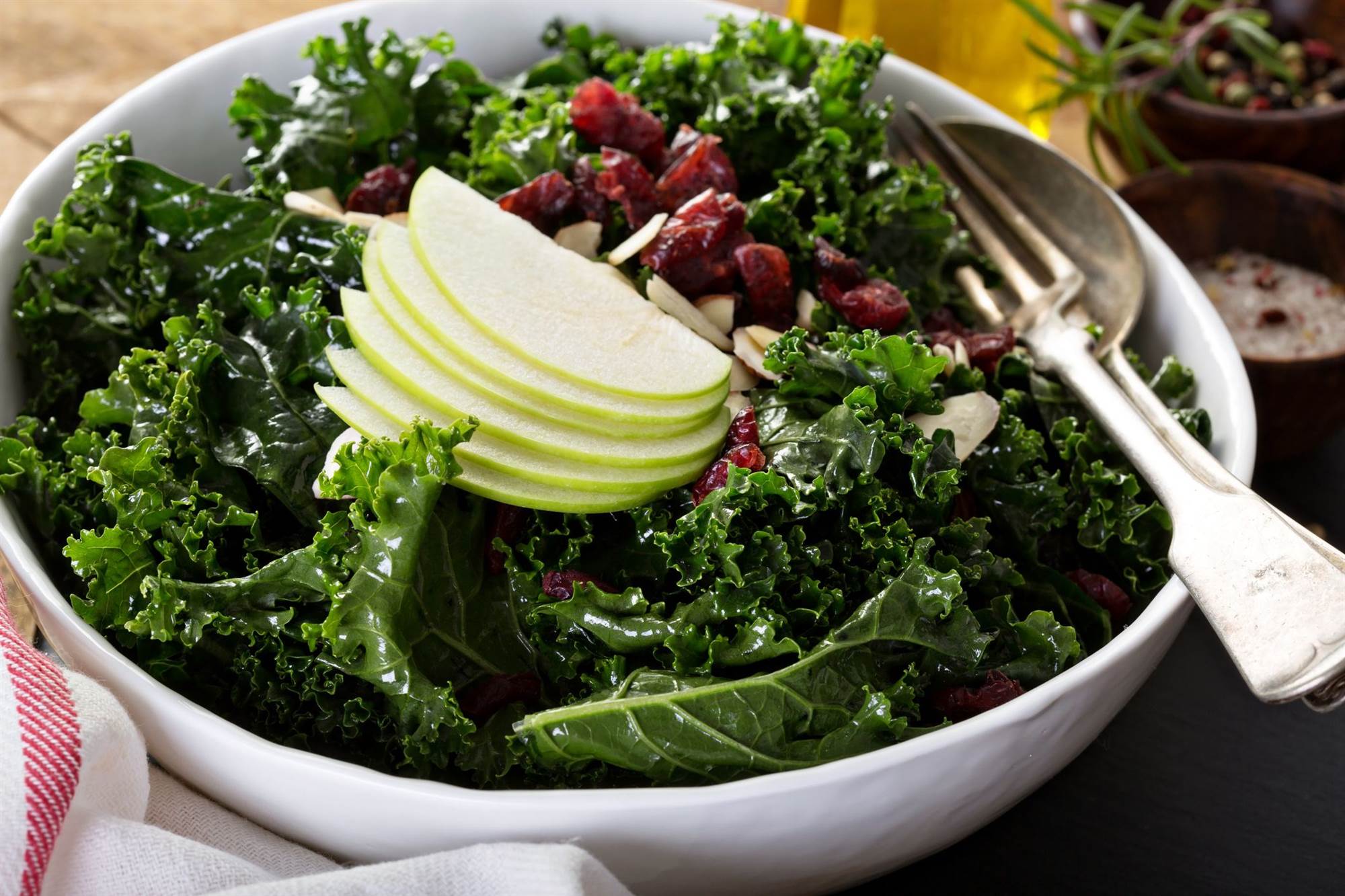 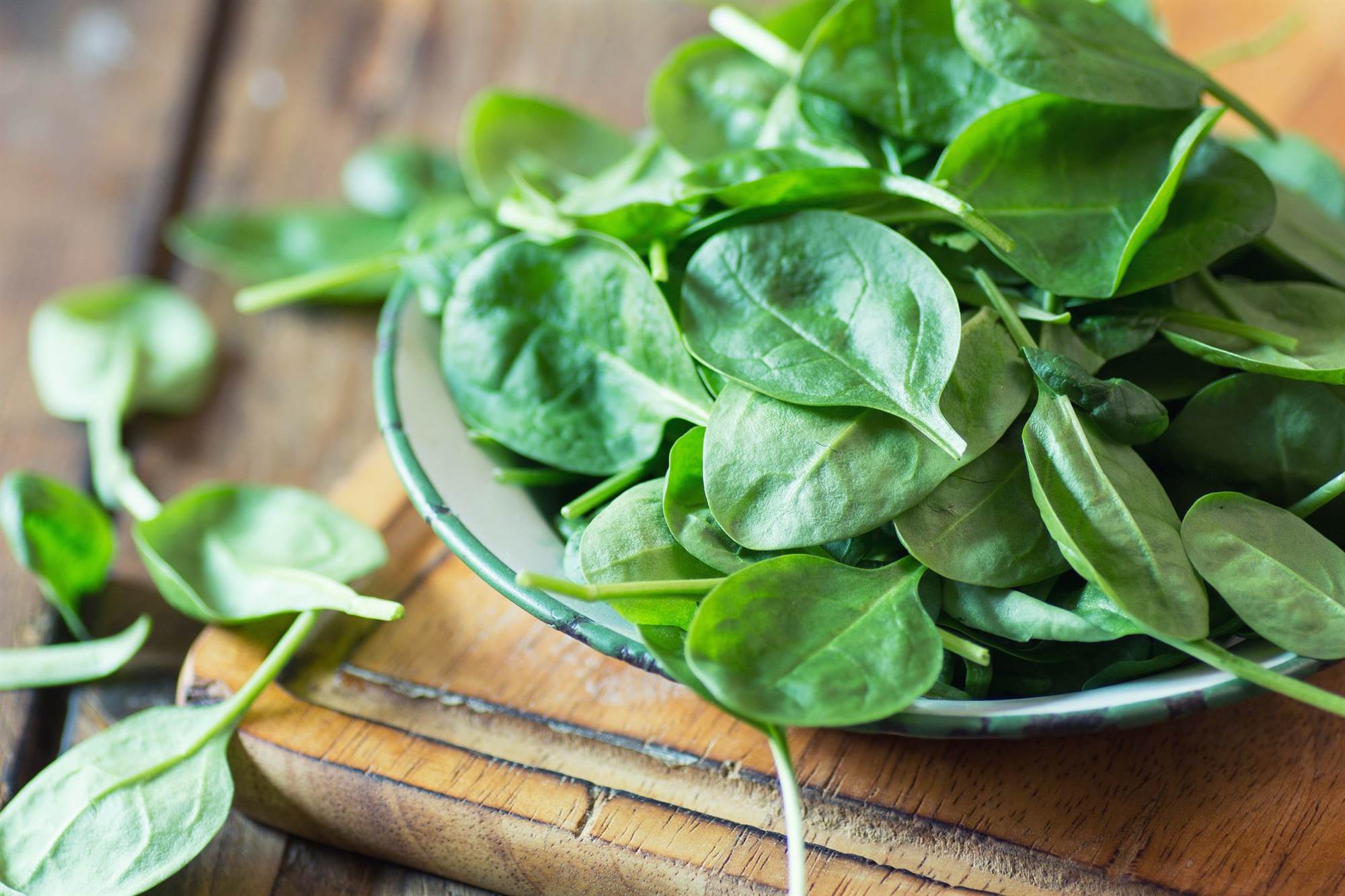 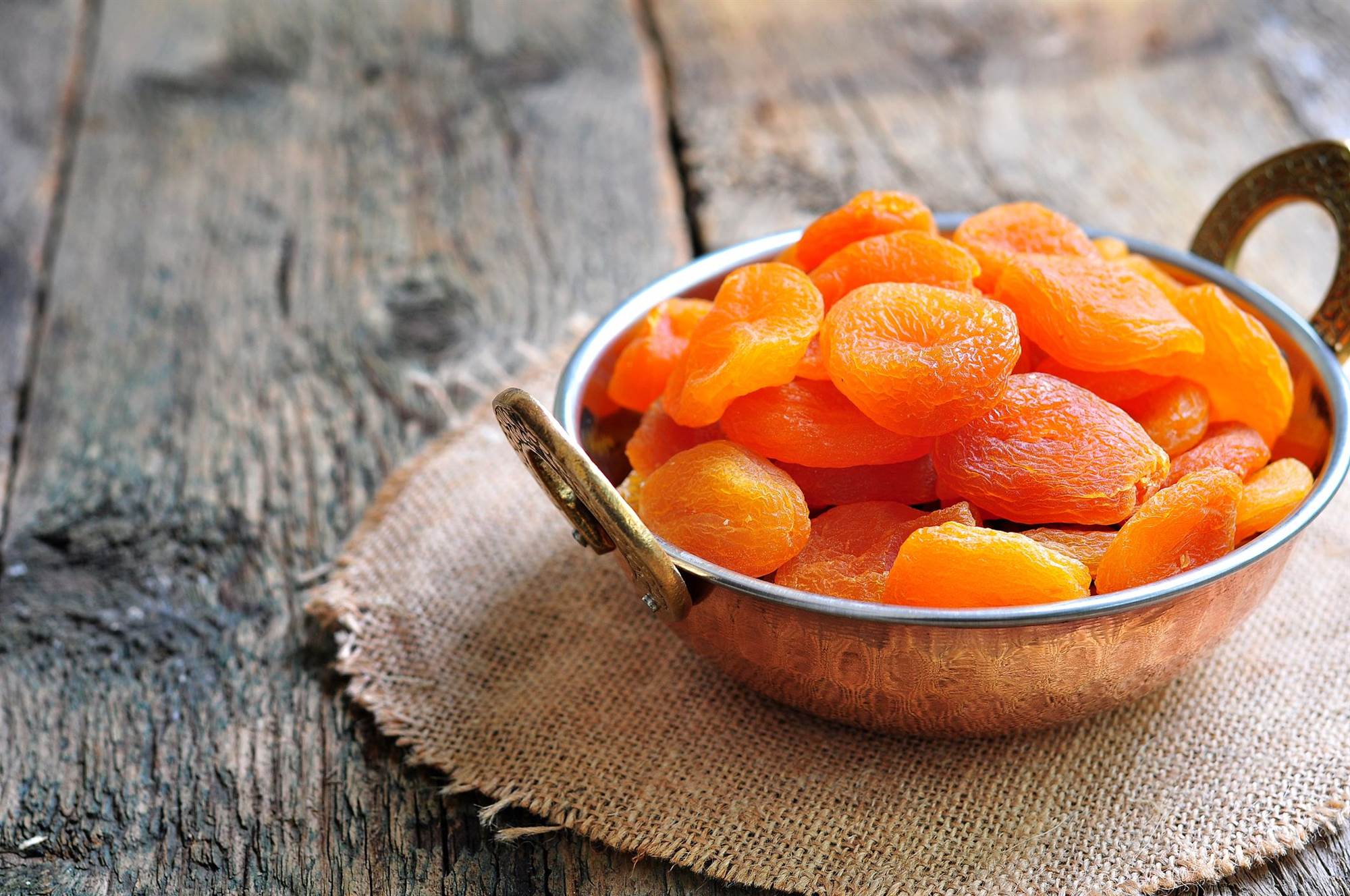 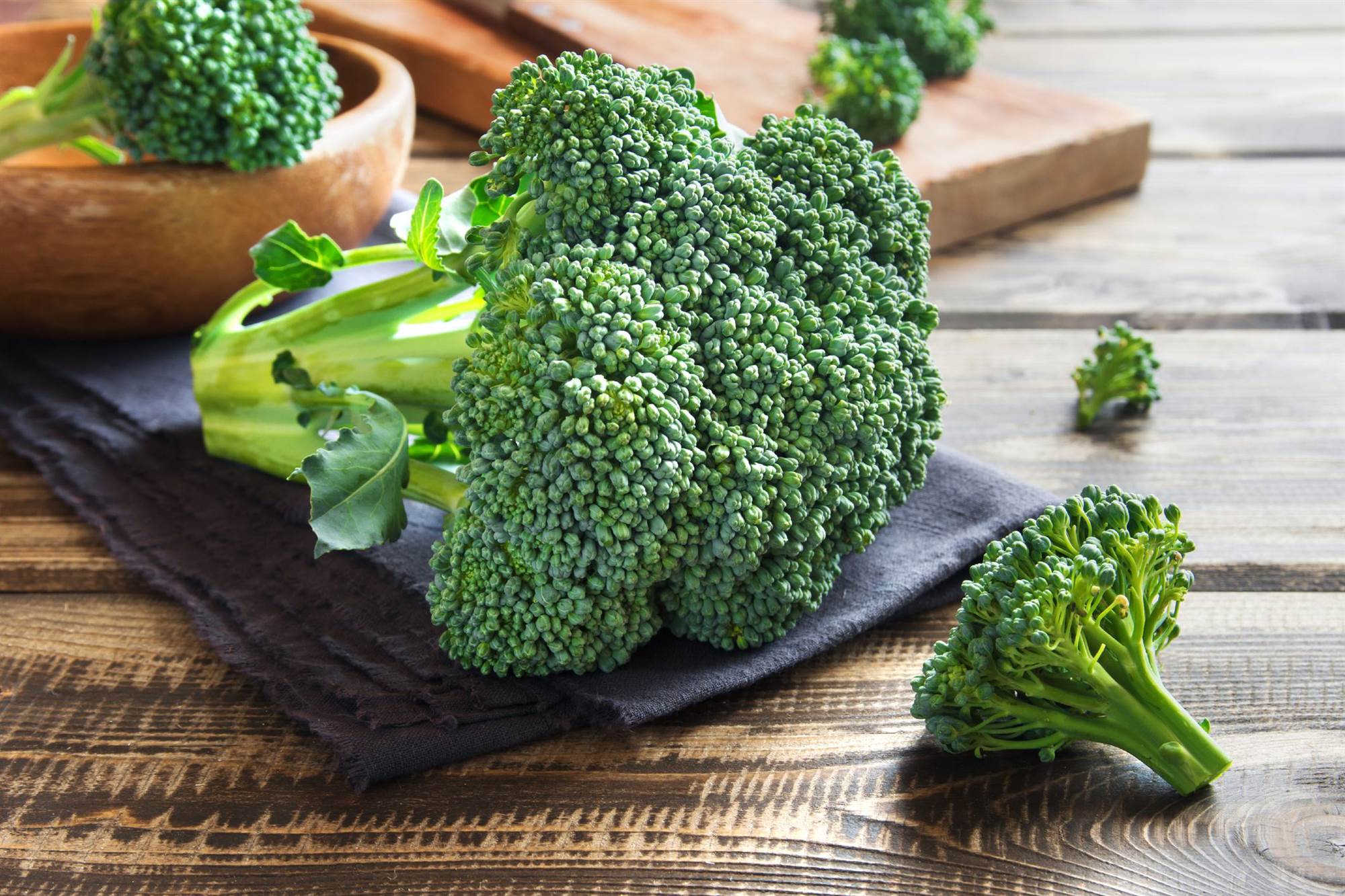 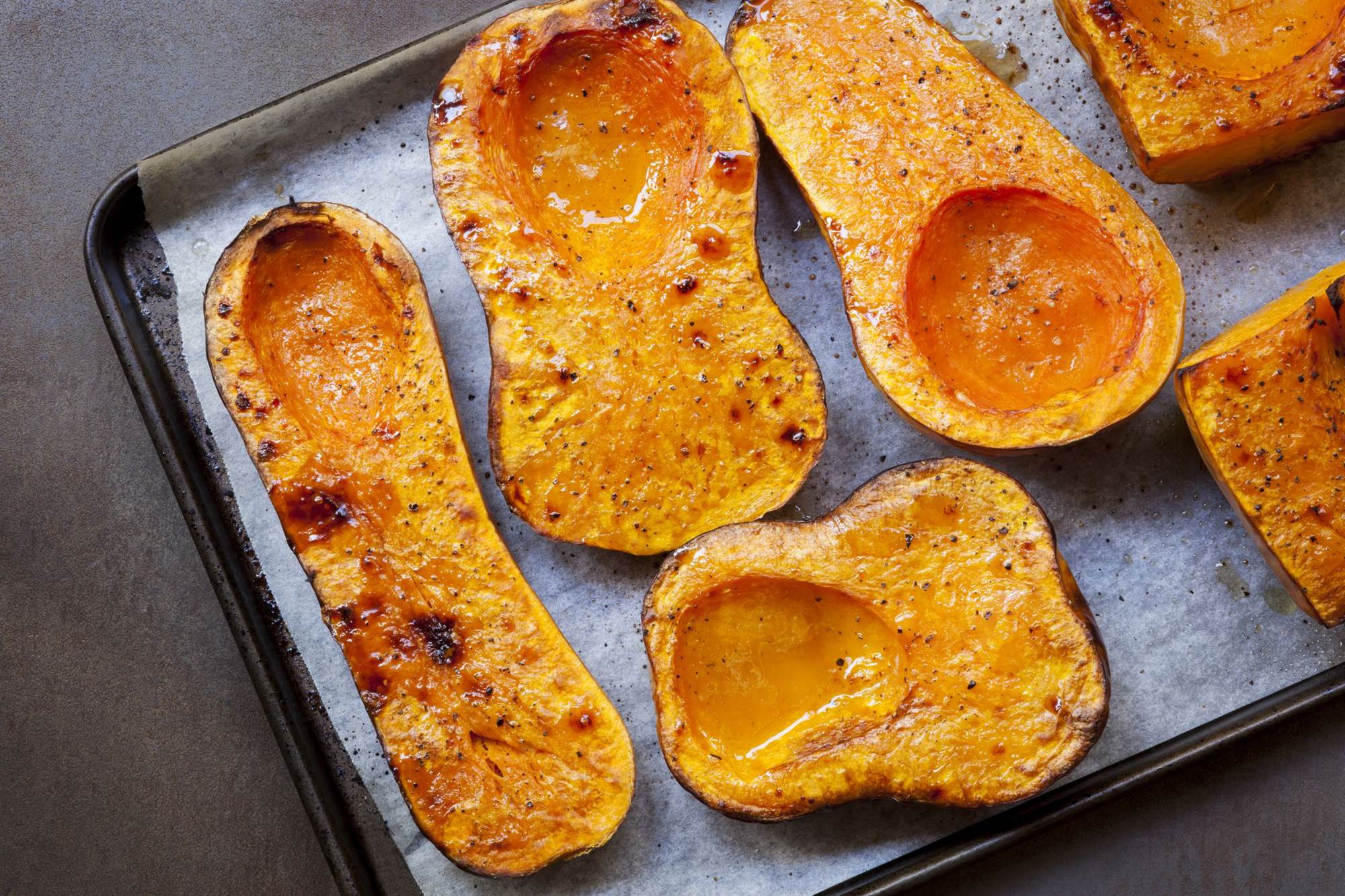 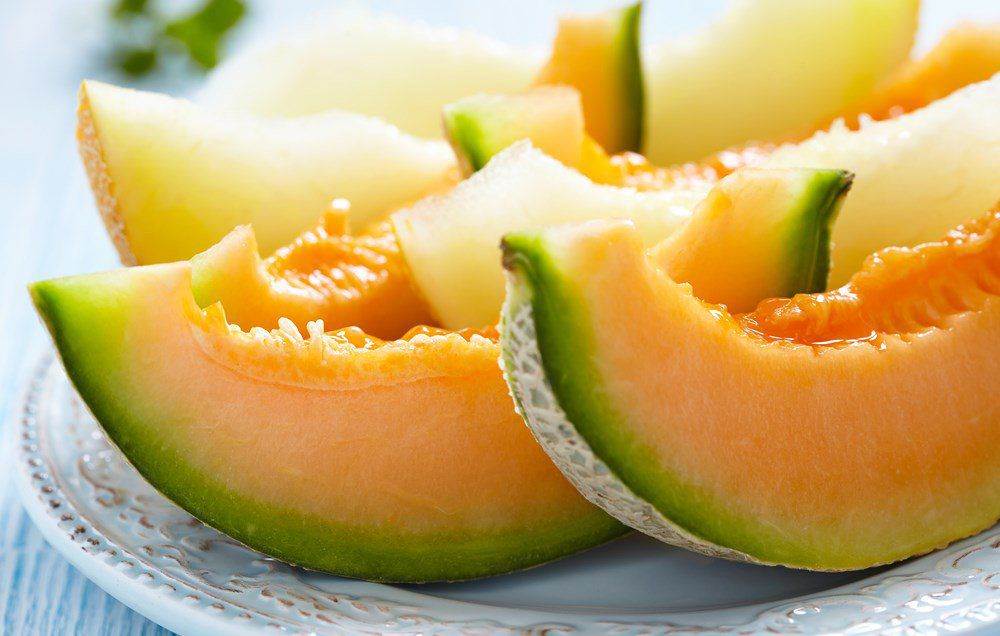 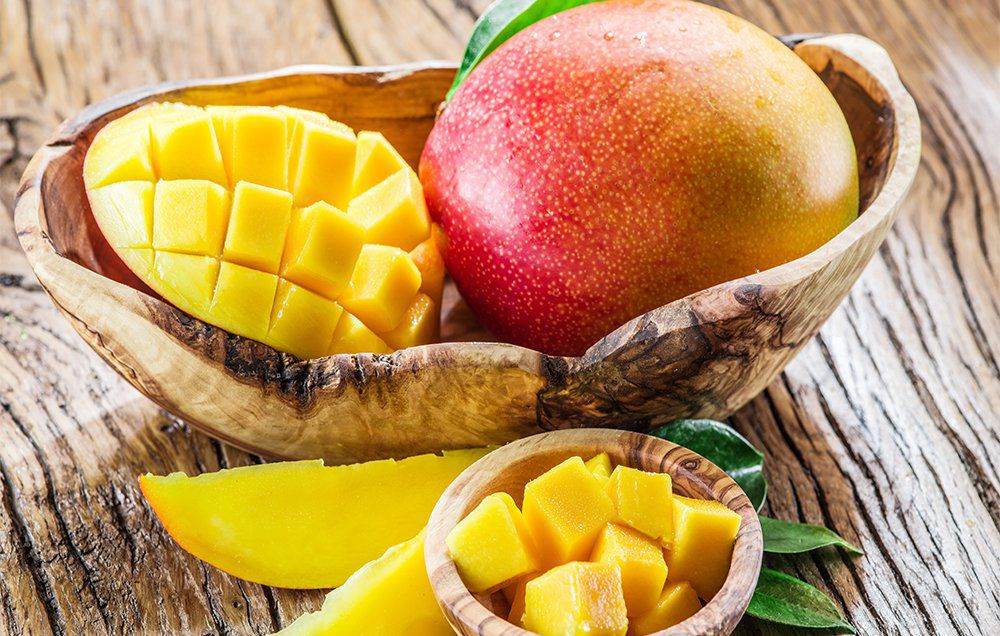 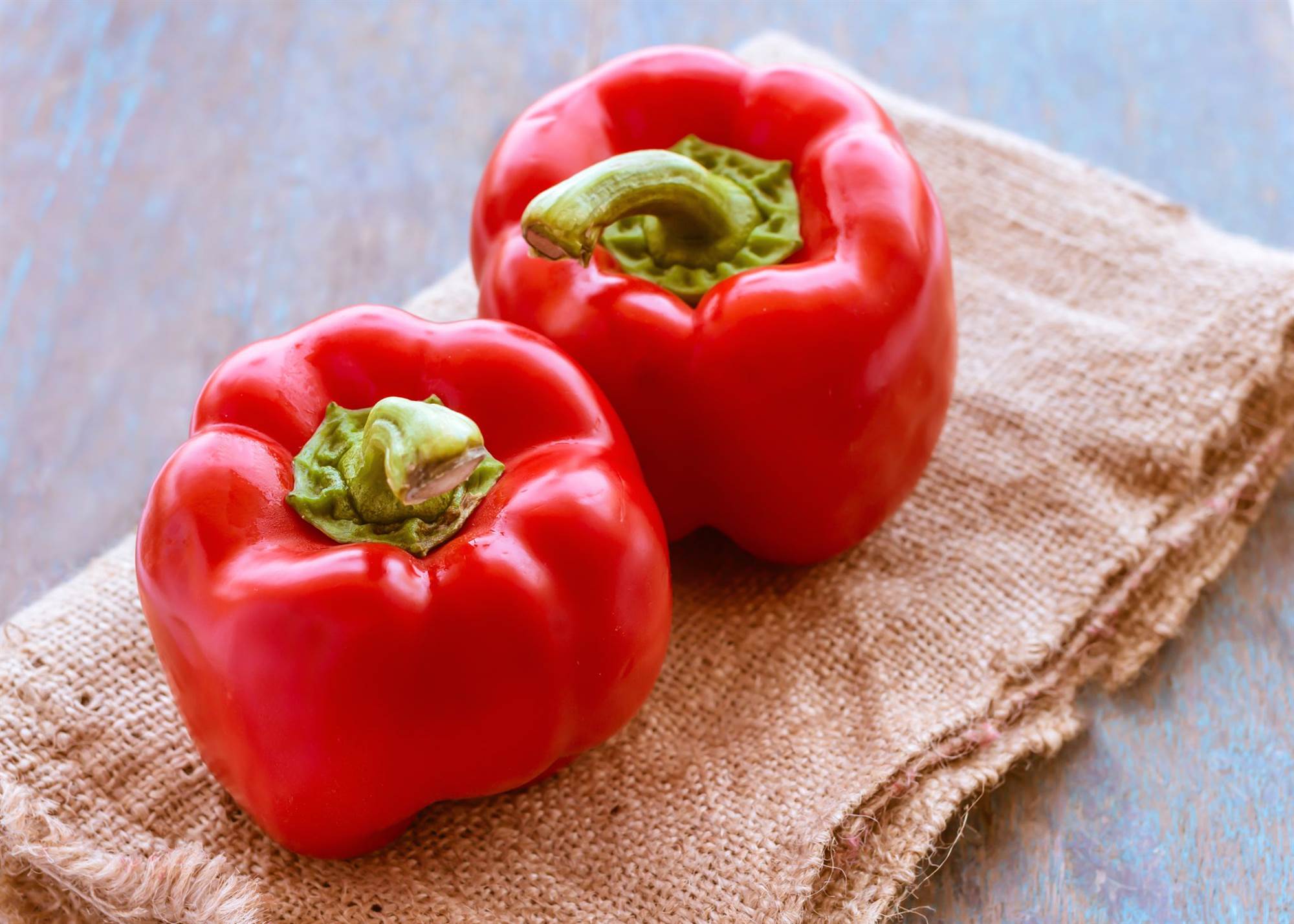 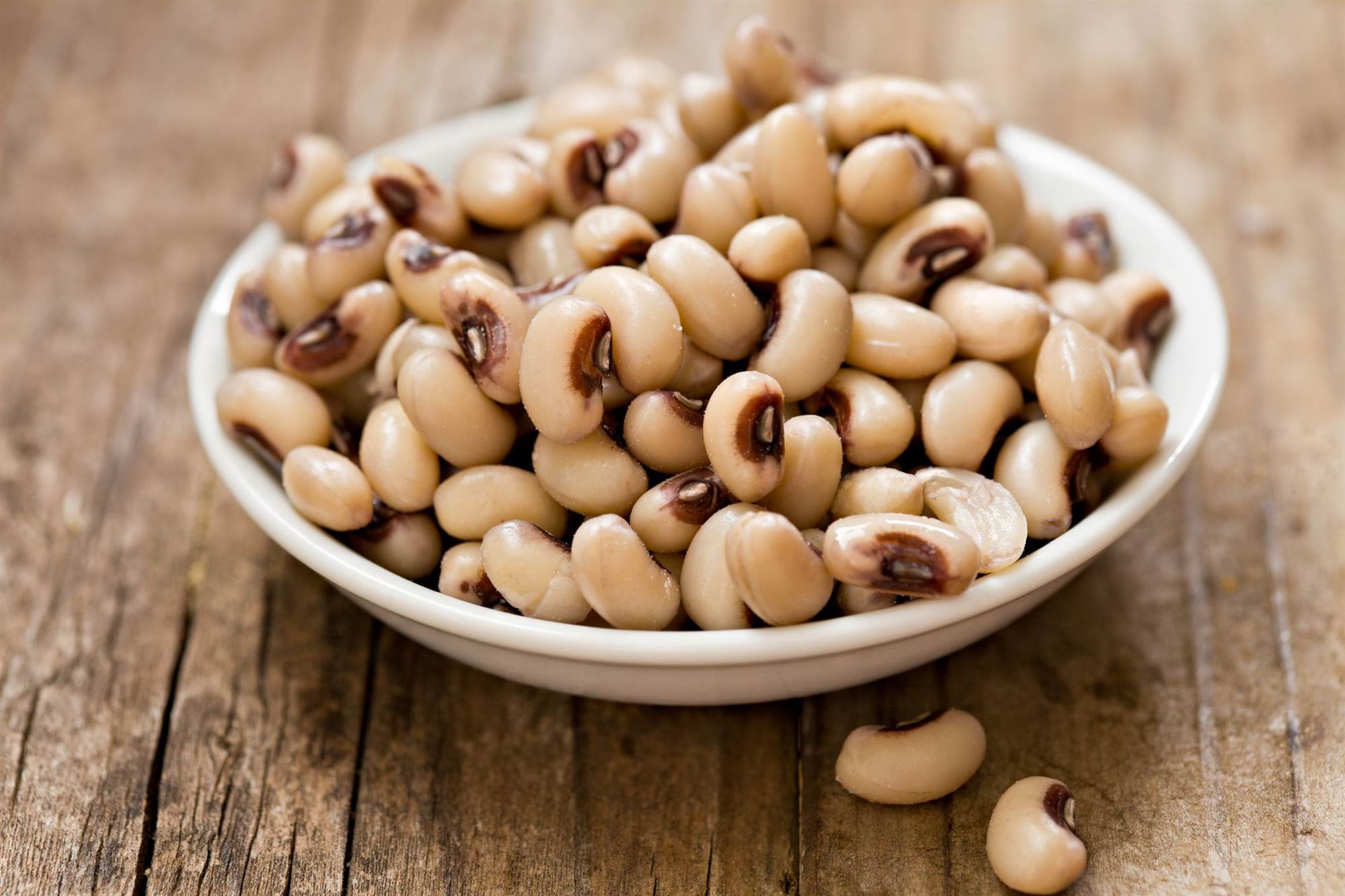 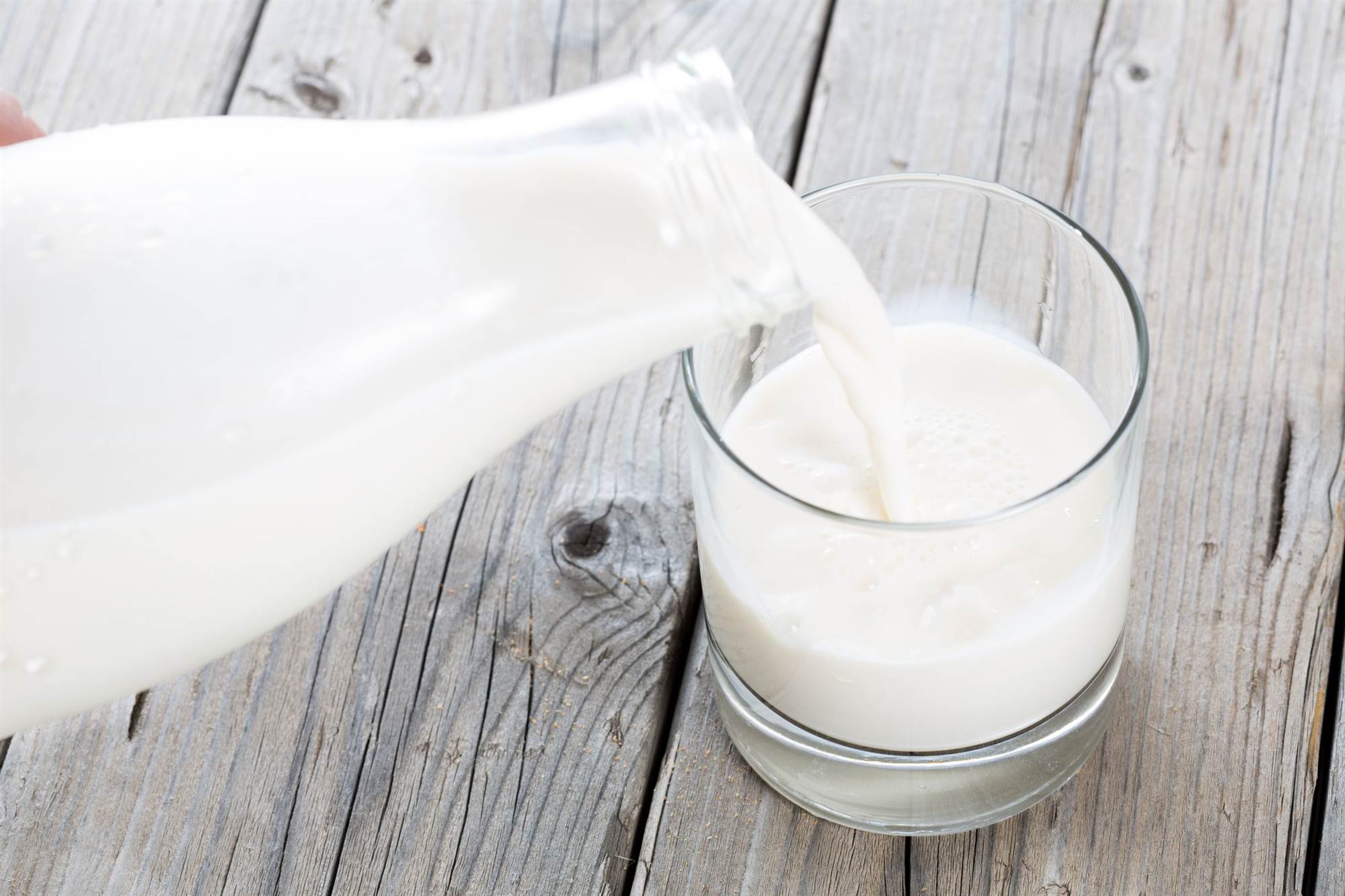 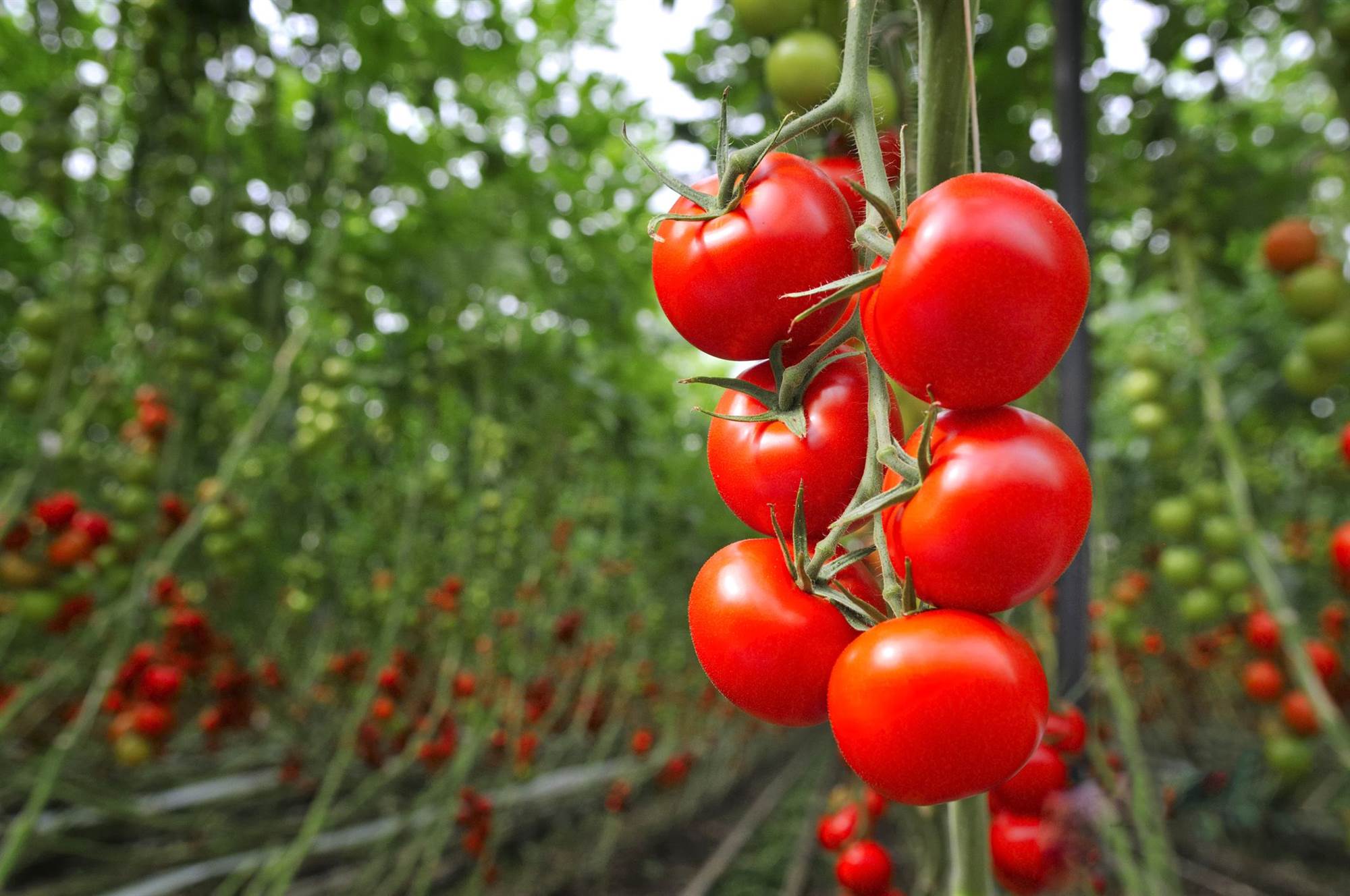 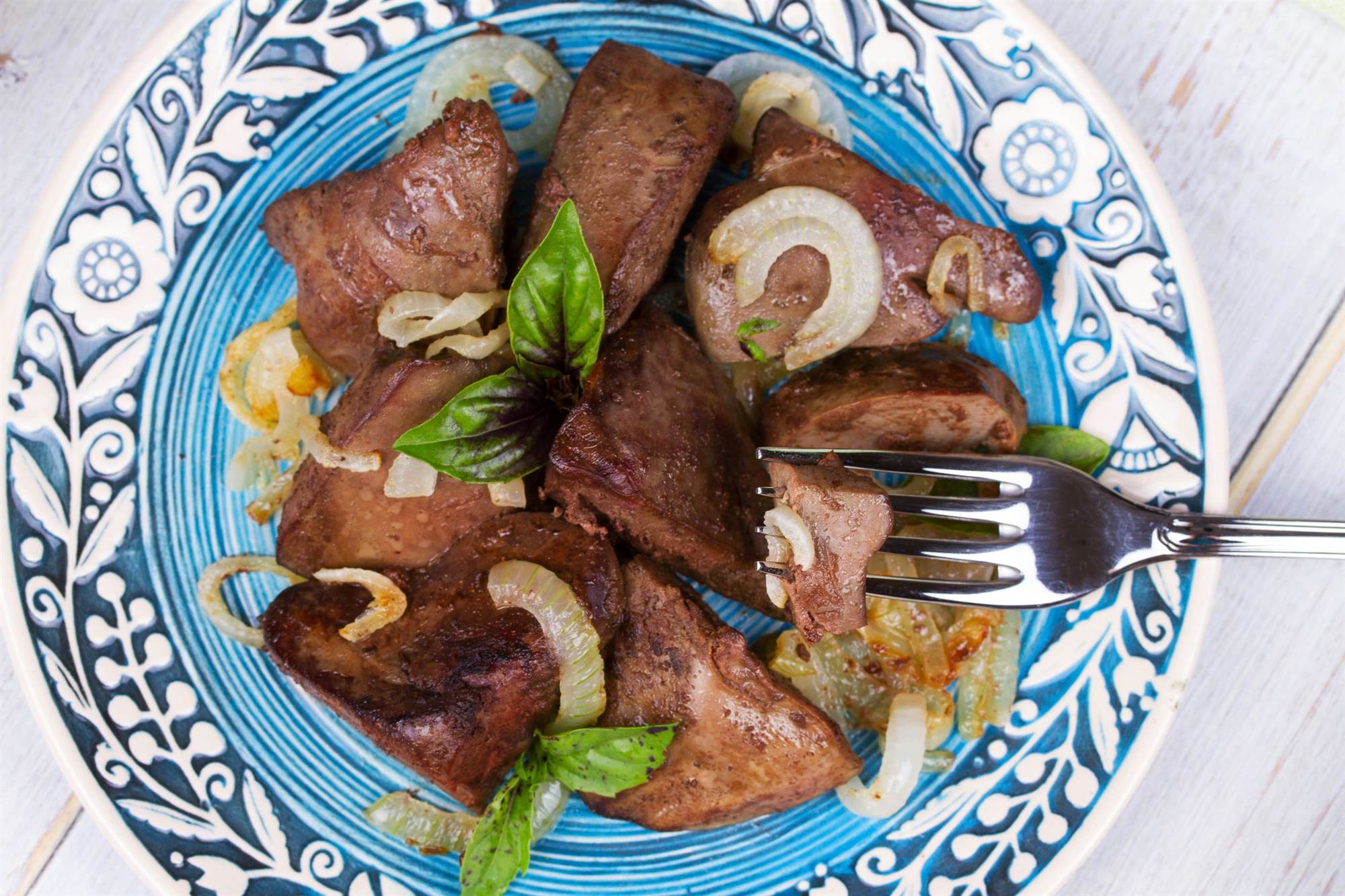 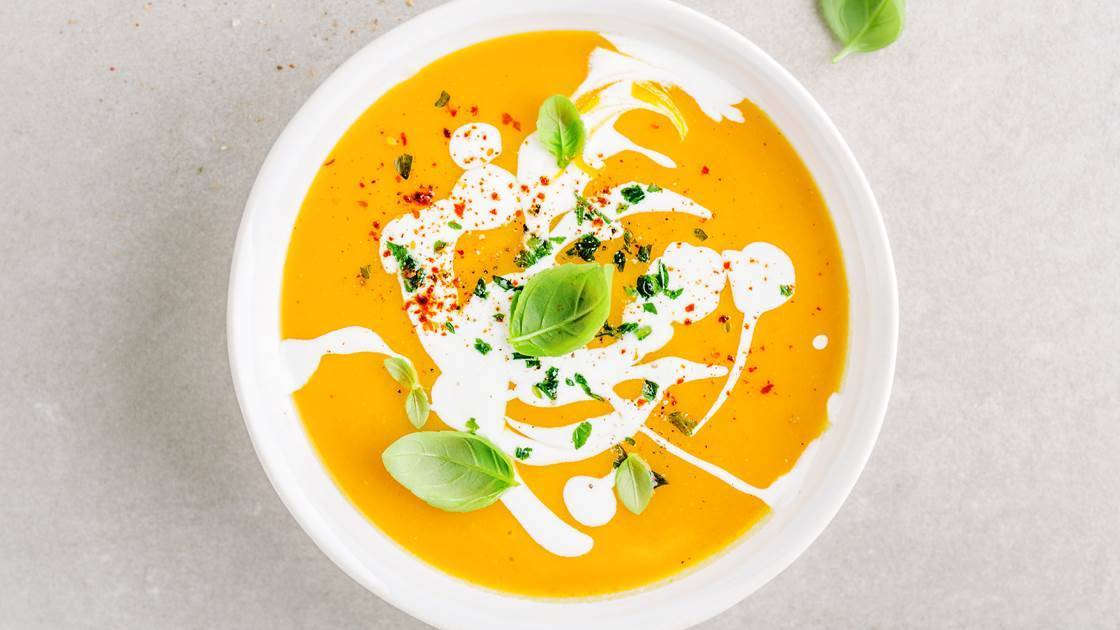 Like nearly all orange veggies, carrots are an A+ source of vitamin A. “[They’re] loaded with beta-carotene and antioxidants,” says dietitian Amy Shapiro. Just a half cup of raw carrots provides 184 percent of the recommended daily value of vitamin A.

How to eat them: “Carrots are incredibly delicious when roasted, and you can put them on a bed of spinach for a double dose of vitamin A,” says dietitian Autumn Ehsaei. Or, nosh on them raw. “I recommend baby carrots with two tablespoons of hummus as a power snack for clients,” says dietitian Sydney Greene.

Sweet potatoes are another orange vitamin A powerhouse. These spuds also have vitamins C and B6, potassium, fibre, and niacin, a nutrient used to turn food into energy, says Shapiro. A single baked sweet potato provides 561 percent of the recommended daily value of vitamin A - but you’ve got to eat the peel to reap the nutrients, notes nutritionist Jackie Newgent.

How to eat them: You can eat sweet potatoes baked or, blend them into muffin or pancake batter, suggests Ehsaei. You can have them for breakfast, too, says Greene: “Try a roasted sweet potato with one tablespoon of nut butter, coconut yoghurt, and hemp hearts - the perfect blend of protein, fat, and complex carbs.”

Along with orange fruits and vegetables, dark, leafy greens are an excellent way to increase your vitamin A. “Kale has been touted as a superfood because it is packed with so many nutrients and health benefits,” Samuels says. Chief among those nutrients: vitamins A and K, calcium, and potassium, an electrolyte that aids nerve and muscle functioning.

How to eat it: Replace your usual salad greens with kale. Or, whip up a kale-based pesto. “Throw a few leaves of kale in a blender with garlic, olive oil, parmesan cheese (another good source of vitamin A), lemon juice, and walnuts or pine nuts,” Samuels suggests.

Take a page out of Popeye’s book, and enjoy this green vegetable in abundance. Just half a cup of frozen spinach provides 229 percent of your recommended daily value of vitamin A. “Spinach has potassium, vitamin K, and fibre. It also contains other antioxidants which can be helpful in diabetes management,” says Samuels.

How to eat it: “There’s so much you can do with spinach and kale since you can enjoy them both raw and cooked, plus they cook in minutes,” Newgent says. Make it the base of your salad or sauté some up with some garlic and olive oil as a side dish. If you don’t like the taste of spinach - or dislike the slick texture of cooked spinach - sneak it into meatballs or burgers, Greene suggests.

Snack on just 10 dried apricots to get 25 percent of your recommended daily value of vitamin A. Dried apricots will also provide you with calcium, phosphorus, potassium, and vitamin C, says Shapiro.

How to eat them: Apricots are easy to snack on, but also a delicious touch in salads and rice dishes as well. Just cut them in half and toss em' in.

There’s plenty of reasons beyond vitamin A to prepare broccoli. For one thing, it’s higher in protein than most other vegetables, Shapiro notes. Plus, it’s also a good source of fibre, vitamins C and K, and iron. You’ll receive 24 percent of your daily value of vitamin A from a mere ½ cup of the crunchy green veggie.

How to eat it: Enjoy broccoli boiled, roasted, or sautéed. Or, add it to a stir-fry, omelet, or pasta dish.

Serve up this winter pumpkin as soon as you see it at the farmers market. “One cup of cooked butternut pumpkin offers more than the recommended daily amount of vitamin A for both men and women,” Samuels says. It’s high in fibre and potassium, helps lower blood pressure, and can decrease the risk of heart disease, she adds.

How to eat it: Roast it in the oven with olive oil and a pinch of salt.

If you’re having cut up rockmelon in the morning, you’re getting 54 percent of your recommended daily value of vitamin A, as well as a boost of hydration from the fruit’s high water content, Samuel says. Consuming rockmelon can also ward off diabetes and heart disease, she says.

How to eat it: “You can add rockmelon to a smoothie or a juice,” says Samuela, but she prefers it in its natural form - cut up and eaten raw.

Another tasty, vitamin A-rich fruit, mangos are also rich in vitamin C - in fact, just one mango has more vitamin c than an orange! Naturally sweet, these fruits make for a healthy dessert or smoothie add-in. Peel and eat a mango to get nearly half of your daily value of vitamin A.

How to eat it: Sprinkle a mango with chilli powder and salt, along with a squeeze of lime, for a refreshing, easy snack. Another idea: “Mango or rockmelon can be a great addition to a frozen summertime treat like smoothies or ice blocks,” Ehsaei says.

High in vitamin C and vitamin E, just 1/2 cup of sweet red capsicum have 47 percent of the recommended daily value of vitamin A.

How to eat it: Eat red capsicum raw as a snack, dipped in hummus, or include them in stir fries, salads, stews, or frittata.

Here’s a surprising entry: black-eyed peas, also known as cowpeas. This legume provides 13 percent of the recommended daily value of vitamin A with each half-cup serving.

How to eat them: Add these to a green salad, just as you would with chickpeas, kidneys, or any other canned bean.

Cow's milk is brimming with 10 essential nutrients including calcium and protein, along with vitamins A, B12 and E. Craving ice cream? Treat yourself to a cup of French vanilla soft serve, which has 20 percent of your daily intake of vitamin A.

How to drink it: It’s easy to drink milk - have a latte, add some to your cereal, or make a milk-based pudding or smoothie.

Tomatoes (and tomato products, like marinara and tomato juice) is one of the foods highest in vitamin A. They’re also a good source of vitamins C and E, as well as potassium, magnesium, and satiating fibre. A glass of low-sodium tomato juice will give you 16 percent of your daily value of vitamin A.

How to eat it: Cut up tomatoes for salads, or put canned or fresh tomatoes in sauces, stews, soups (like gazpacho!), and chillis.

Some animal and dairy products are rich in vitamin A, says Samuels. High on that list? Beef liver - it’s second only to sweet potato in serving up vitamin A. 90g of beef liver contains a whopping 444 percent of the day's vitamin A.

How to eat it: Liver and onions, anyone? The dish was a treat for your grandma’s generation, and while it’s less trendy now, it’s just as tasty a meal as it was in her day.

Along the same lines as butternut pumpkin and sweet potatoes, this orange fruit is an excellent source of vitamin A - it’s also low in kilojoules, high in fibre, and offers up magnesium and potassium.

How to eat it: Go ahead, add some roast pumpkin to your salad or whip up some pumpkin soup.

I have read and accept the privacy policy and terms and conditions and by submitting my email address I agree to receive the Prevention newsletter and special offers on behalf of Prevention, nextmedia and its valued partners. We will not share your details with third parties, and will only share delivery information in the event of you being a prize winner.
This article originally appeared on prevention.com
© prevention.com
First published: 17 Feb 2020
Tags:  daily valuehealthy eatinghealthy habitsnutritionnutrition/wellnessrecommended daily valueroasted sweet potato