20 Best Foods For Your Skin 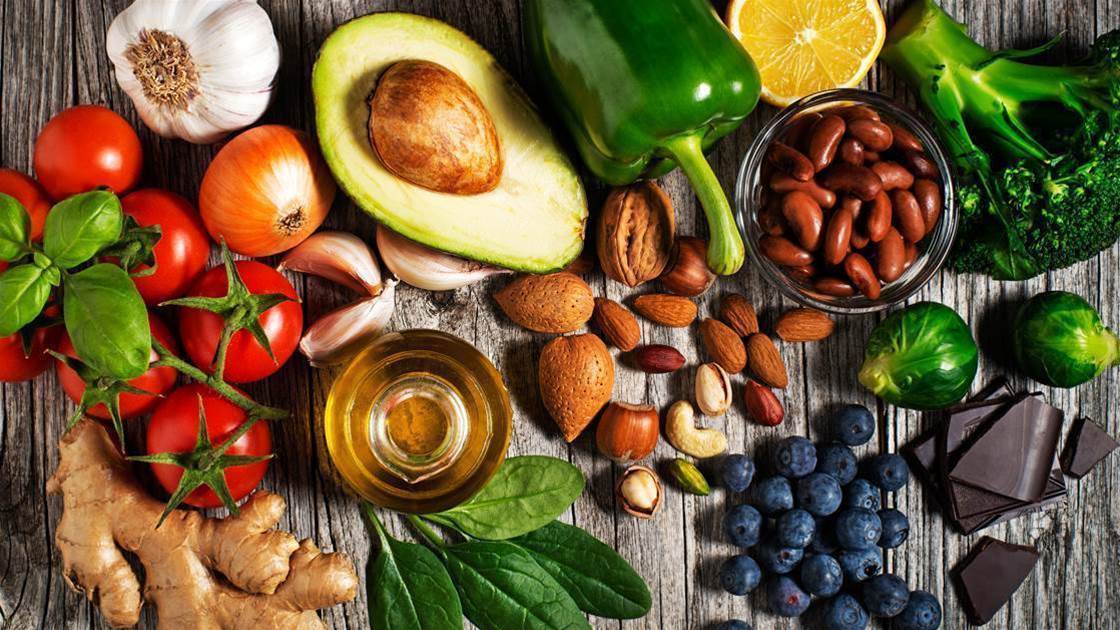 You already know that filling your diet with power foods - like dark leafy greens, dark chocolate, citrus - can help beat chronic conditions like heart disease and diabetes. But did you know that certain foods can also work wonders on your skin?

“There’s a growing body of research showing that diet really does affect your complexion,” says dermatologist Dr Jessica Wu. “What you eat can affect your hormone balance, cause acne and create or lessen inflammation, which is associated with skin ageing.”

In fact, what you eat can be as important as the serums and creams you apply on your skin, says Dr Wu. That’s why we rounded up 25 foods that are good for you - and fantastic for your skin. Here’s to you, gorgeous! 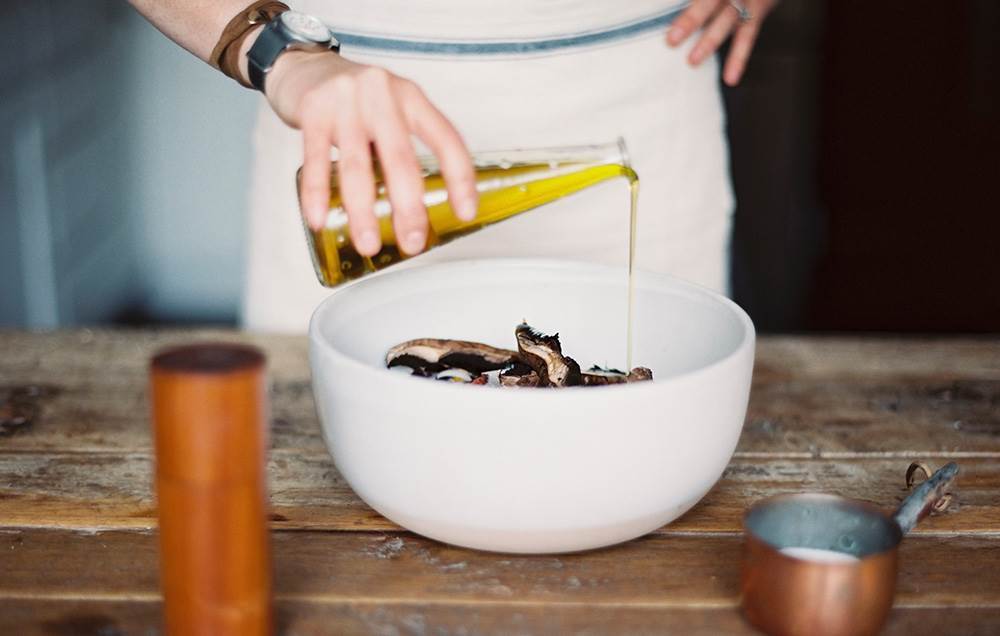 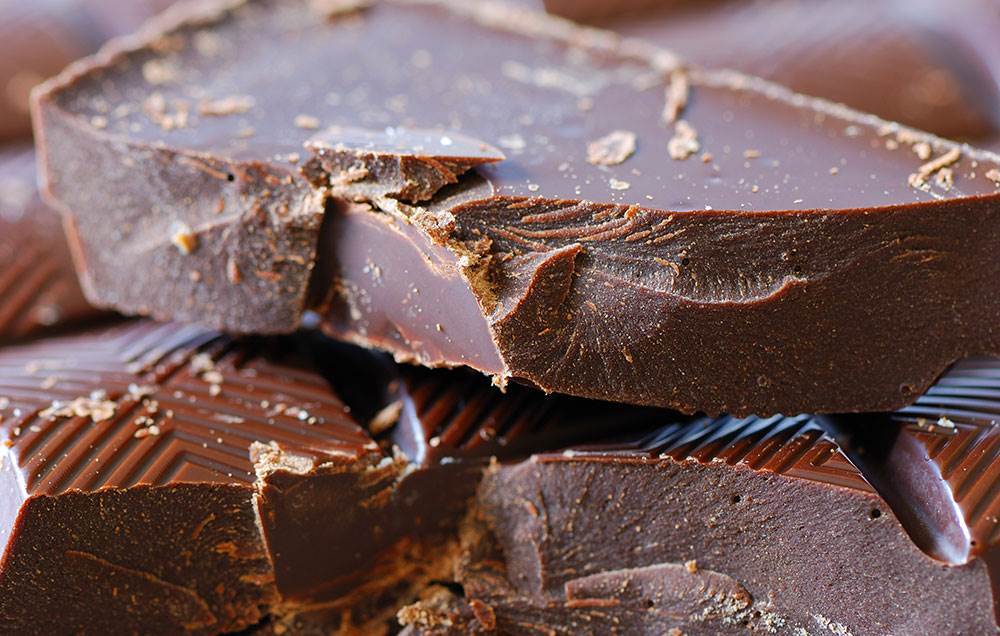 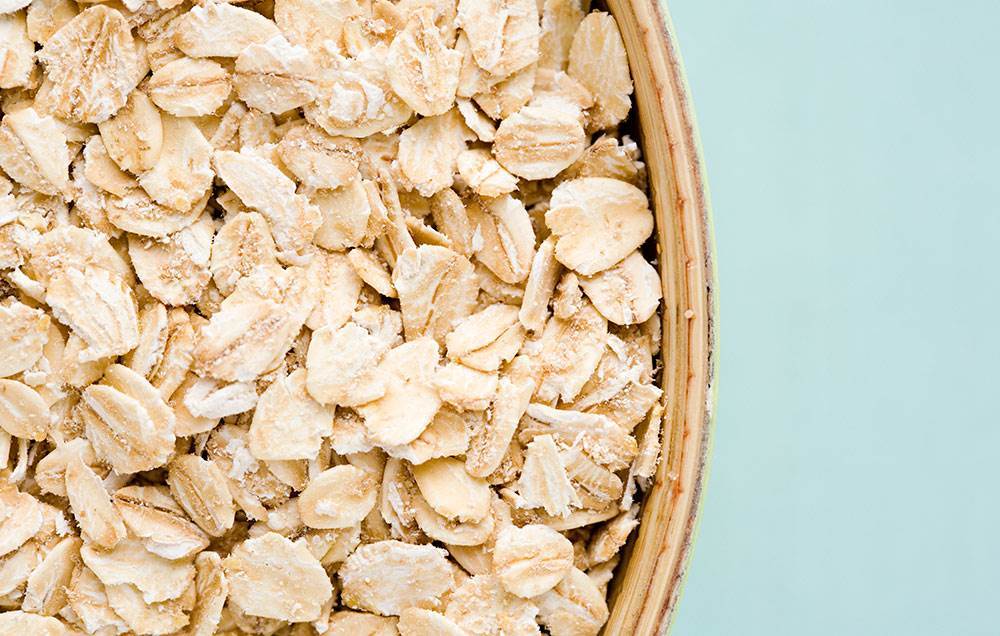 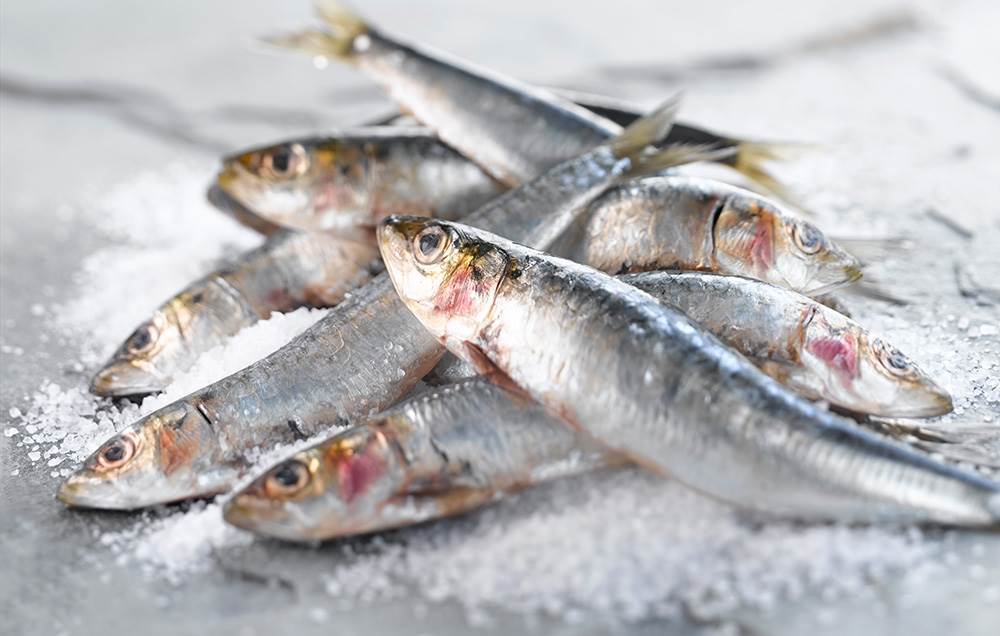 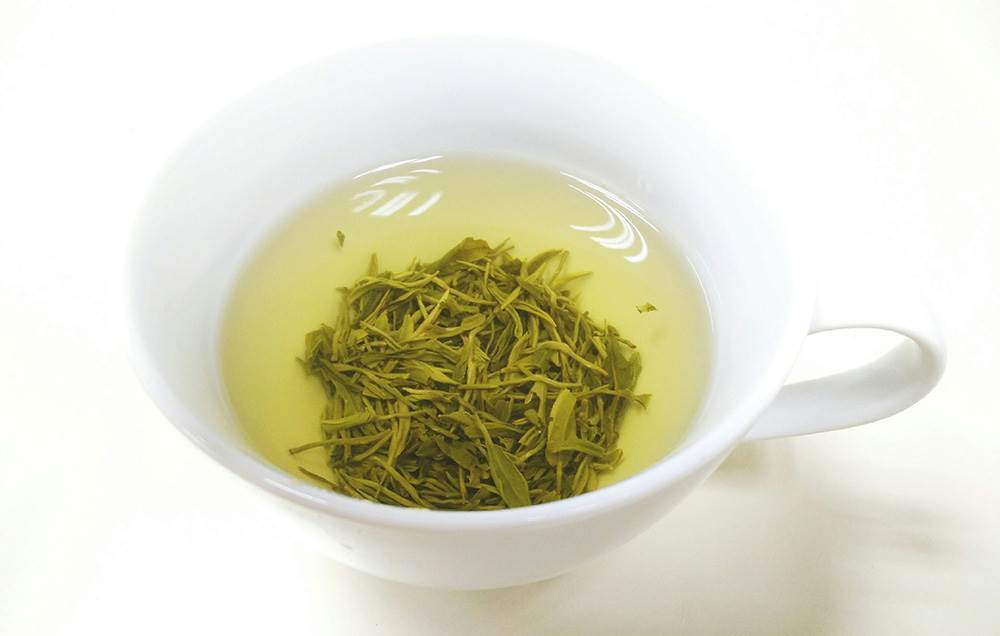 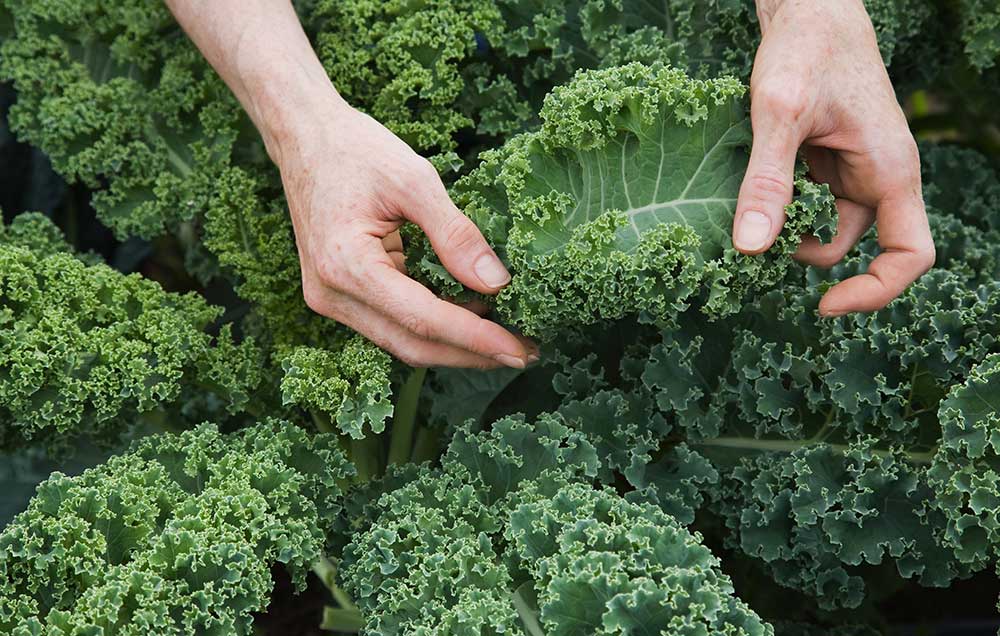 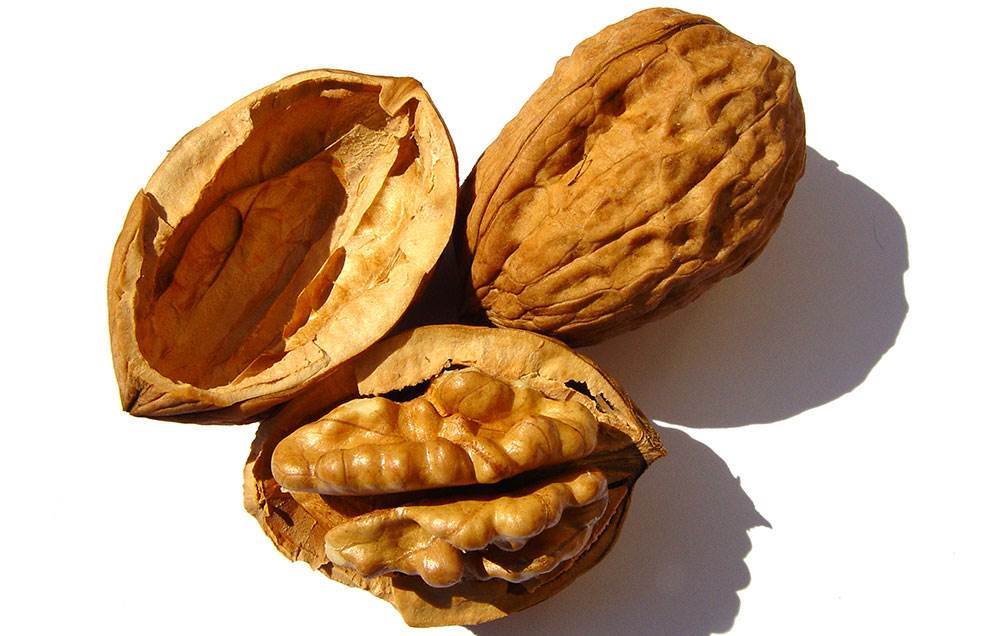 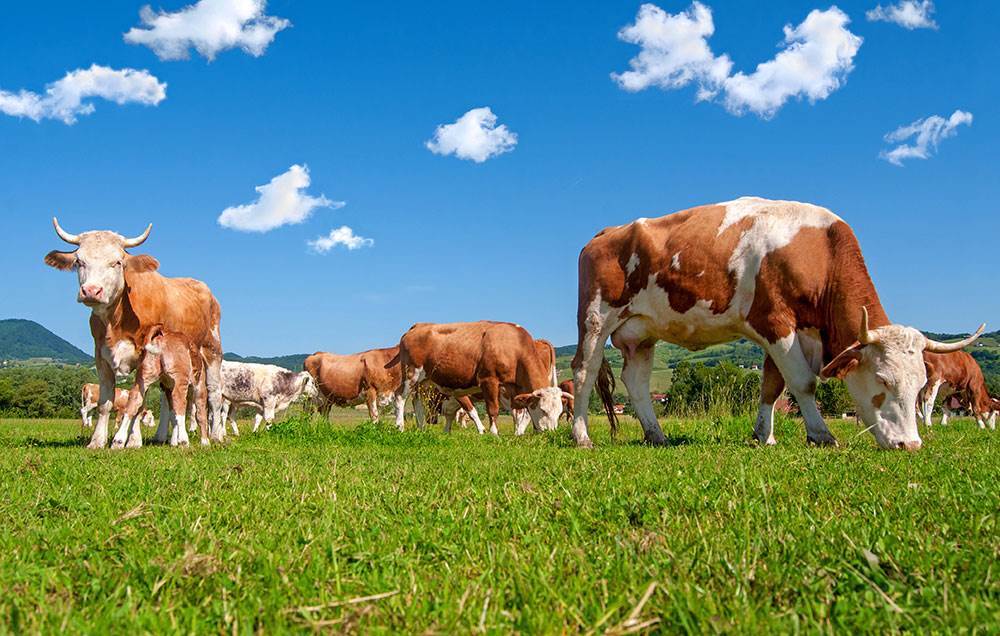 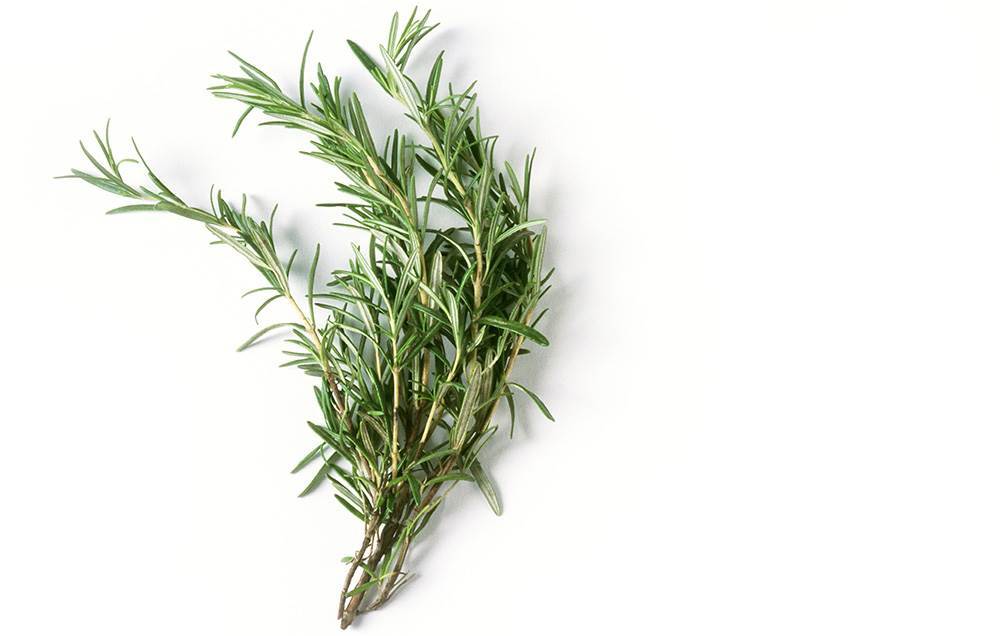 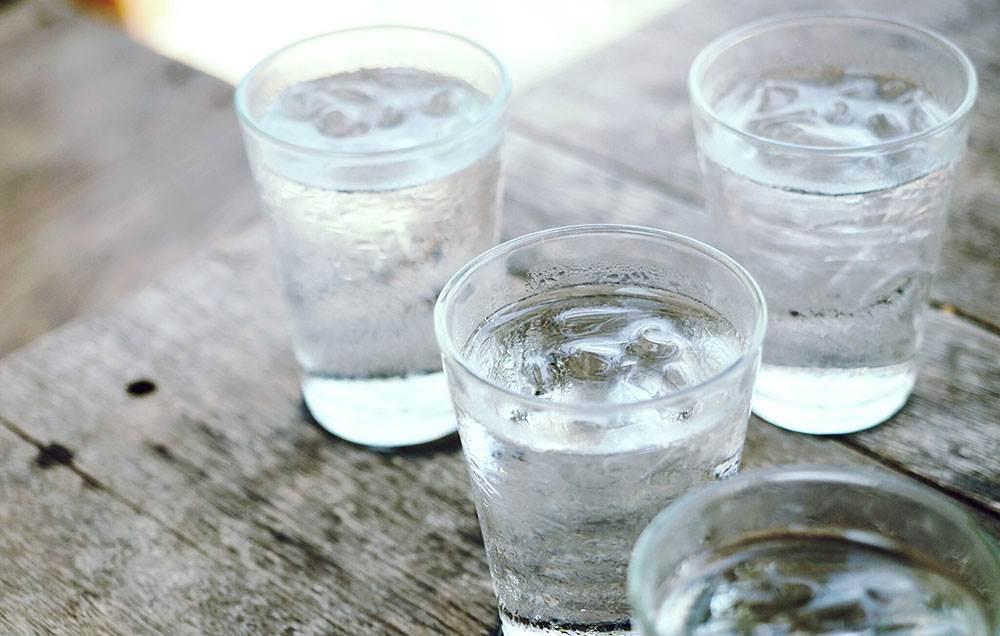 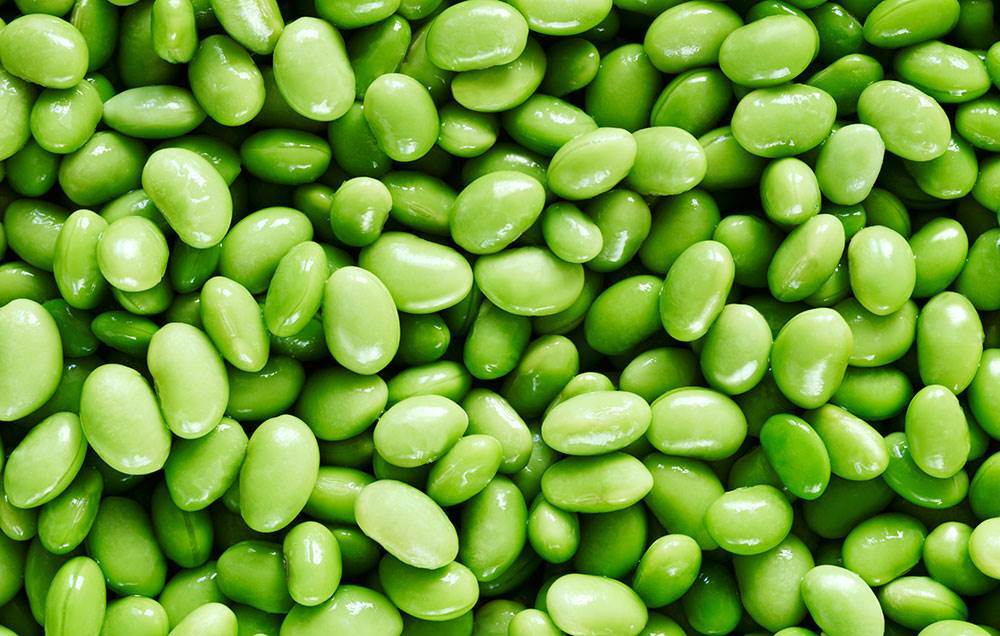 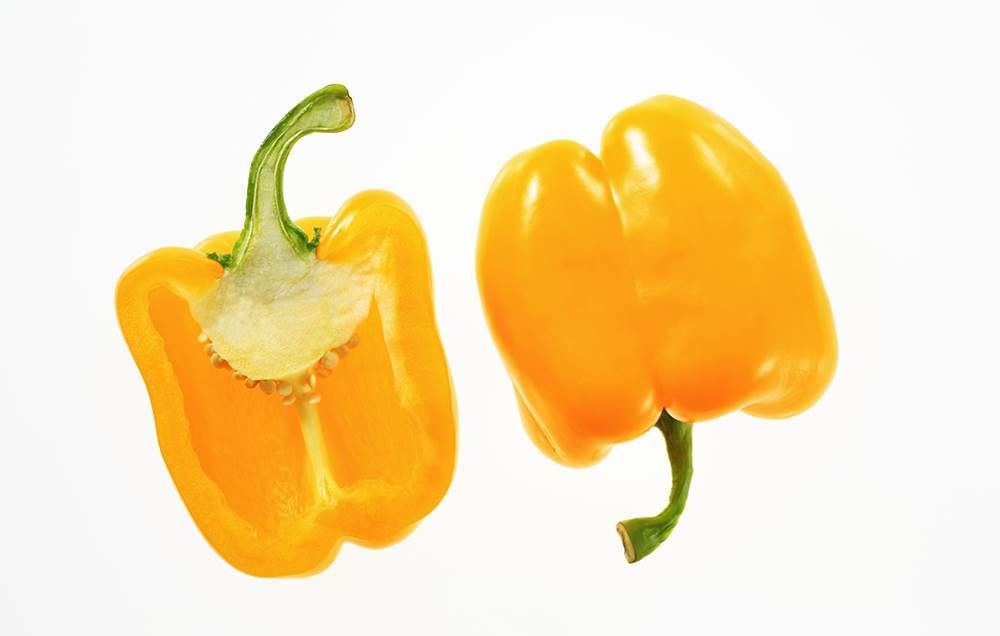 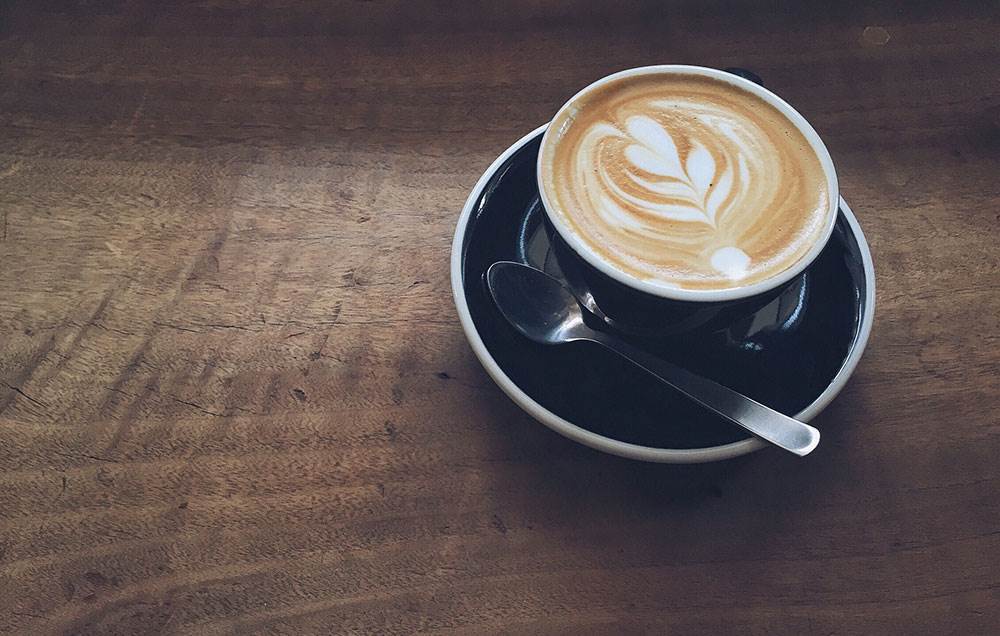 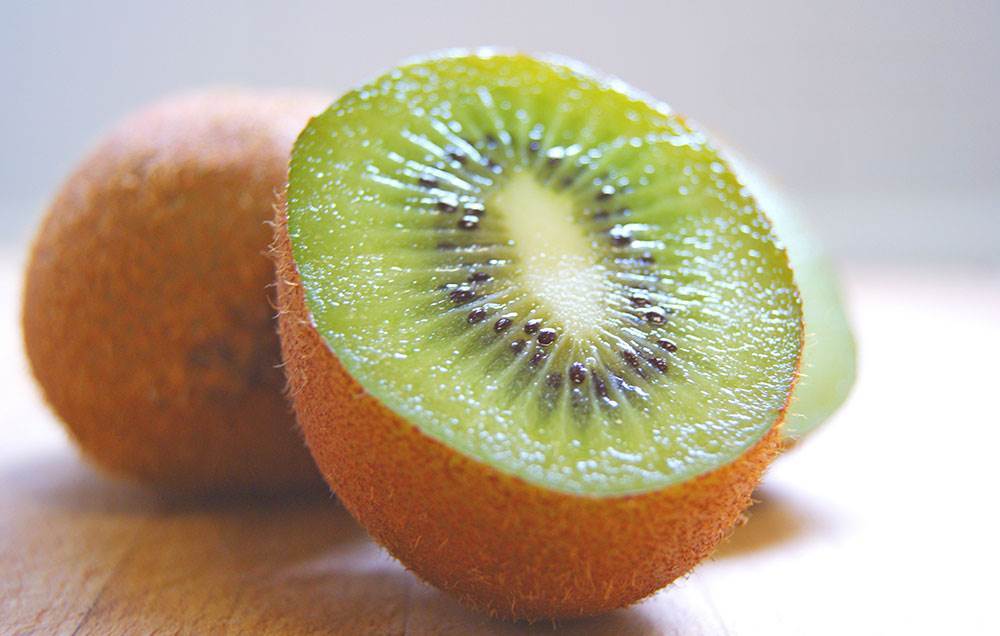 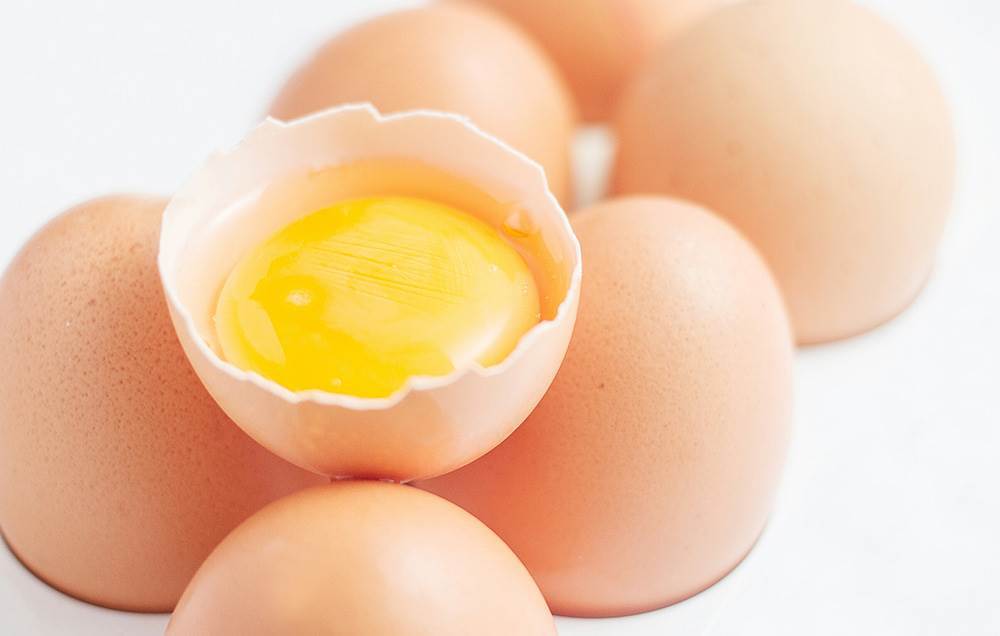 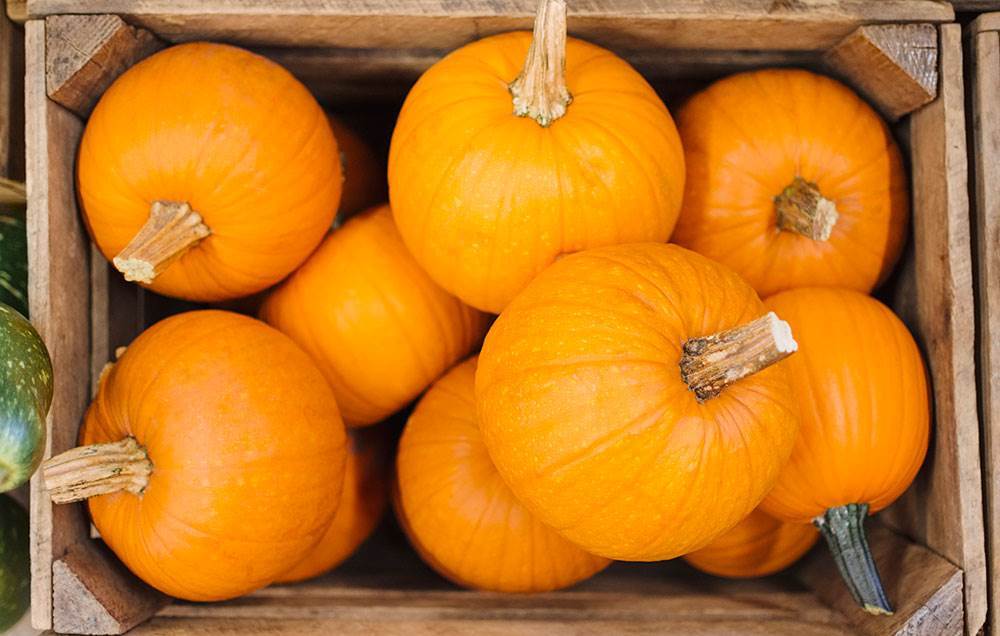 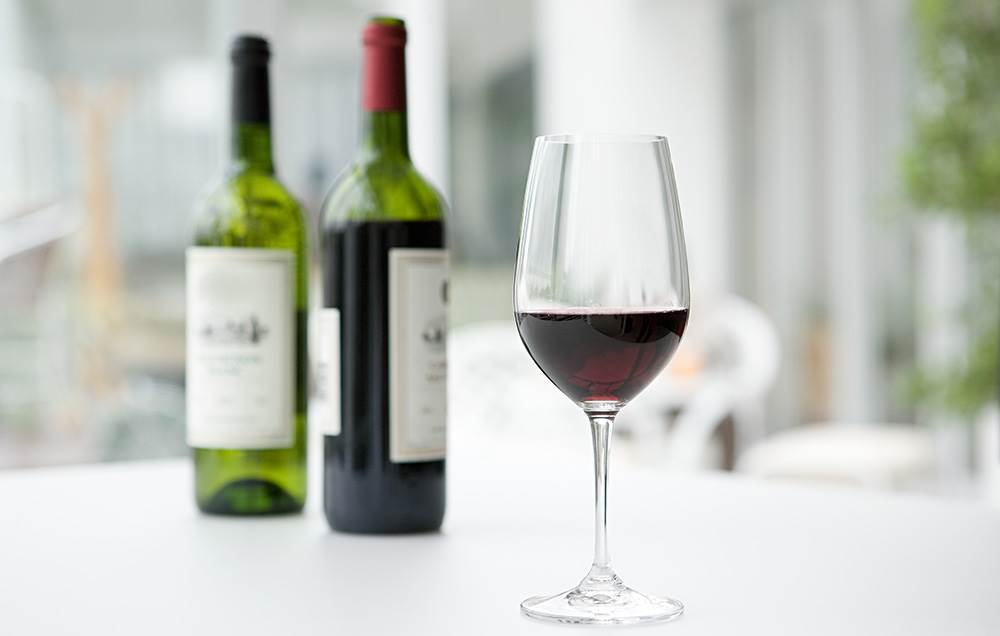 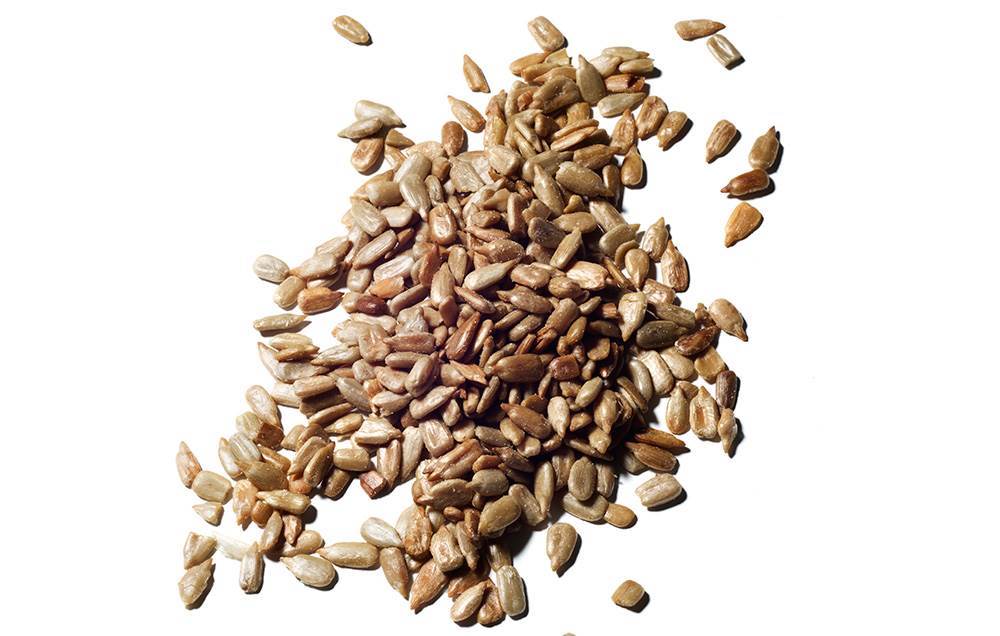 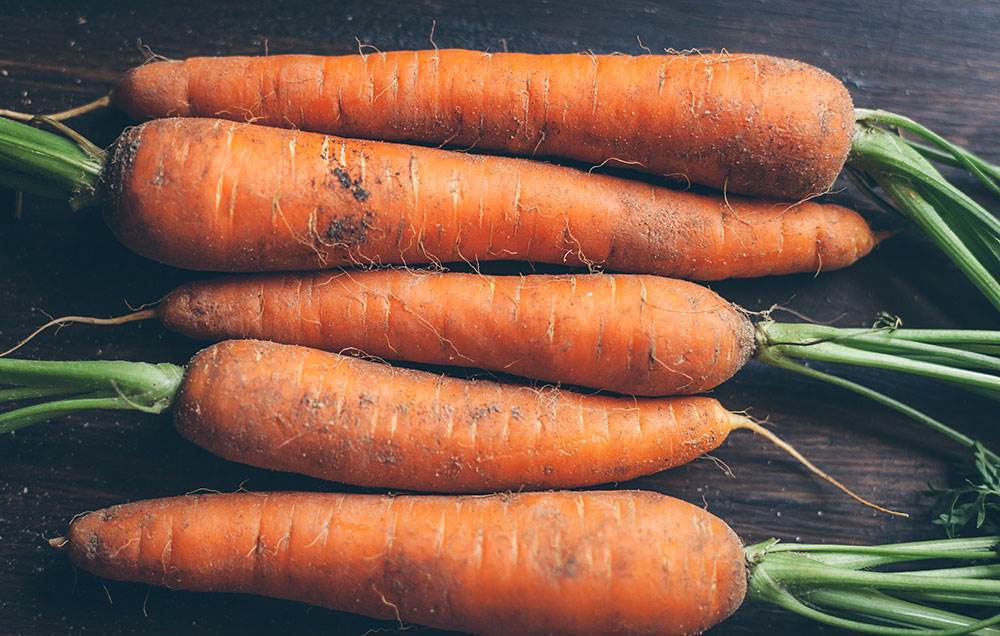 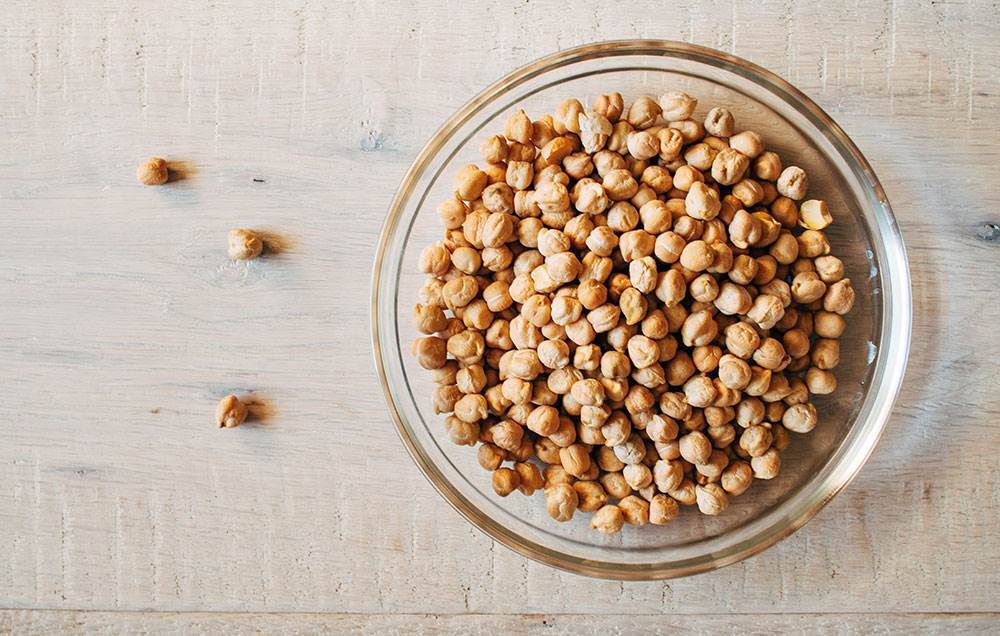 When researchers in a 2012 study analysed the diets of 1264 women, they found that a higher consumption of olive oil (more than 8.4 grams or 2 teaspoons a day) was associated with 31% fewer signs of ageing compared to people who ate less than 3.8 grams (about 1 teaspoon). Olive oil beat out the other oils tested, including sunflower and peanut. Why? About 75% of the fat in olive oil is monounsaturated fatty acids, which may play a role in the youth boost. The antioxidant polyphenols in olive oil could also quench damaging free radicals.

The sweet treat is rich in cocoa flavanols, plant compounds with antioxidant properties, which help hydrate skin and improve circulation. Women who consumed a high flavanol cocoa powder drink daily for 12 weeks experienced less skin roughness and scaliness compared to a control group. They consumed the equivalent of 110gms of dark chocolate, but that’s far too many kilojoules for most women, says dietitian Lisa Drayer.

A whole grain porridge is a better pick for breakfast over a toast and jam. That’s because the latter offers a double whammy for skin: refined, sugary carbs that prompt your body to make insulin and increase the production of hormones known as androgens. “Elevated androgens cause sebaceous glands in the skin to secrete more oil that gets trapped inside pores, causing pimples,” says Drayer. Instead of brown sugar, add natural sweetness to your porridge with chopped fruit.

One serving (110gms) of these little swimmers contains 1.5 grams of omega-3 fatty acids, making it one of the best sources of the fat. Fatty fish is particularly rich in the type of omega-3 called DHA, an anti-inflammatory. “Inflammation is now known as the root cause of acne,” says Dr Wu. Packing your diet with these omega-3s (also found in salmon) can help keep your skin clear.

In a study published in the Journal of Nutrition in 2011, people who drank a beverage containing green tea polyphenols daily for 12 weeks had skin that was more elastic and smooth, and had one-quarter less sun damage when exposed to UV light compared to a control group. The brew’s catechins like EGCG (antioxidants) boost blood flow and oxygen to the skin, which delivers key nutrients to keep your complexion healthy, say researchers.

It’s one of the best sources of lutein and zeaxanthin, nutrients that absorb and neutralise the free radicals created by UV light - including the wavelengths that actually get through sunscreen and reach your skin, according to research in Clinics in Dermatology. Plus, just one cup gives you 134% and 133% of your daily value for skin-firming vitamin C and A, respectively.

It’s the only type of nut that contains a significant amount of omega-3 fatty acids, which is especially important for vegetarians who are skipping fish. Walnuts pack an omega-3 called alpha-linolenic acid. “Deficiency in this fat can result in eczema, which is associated with dry, scaly skin,” says Drayer.

Not only does grass-fed beef contain a higher ratio of omega-3 to omega-6 fatty acids (to reduce inflammation), but it also packs nearly 30 grams of protein per 110gms serving. “Protein is the building block of collagen and elastin tissue, which keeps skin taut and less wrinkled,” says Dr Wu. Choose lean cuts like sirloin tip and flank steak.

Consuming four or more herbs regularly - rosemary or thyme, for example - was associated with up to a 60% reduced risk of melanoma, finds a study in the International Journal of Epidemiology. Herbs pack a tonne of antioxidants into a tiny skin-protecting package, squelching free radicals from the sun before they can damage skin.

Yes, water keeps your skin hydrated - and staying hydrated makes it appear more plump and less wrinkled. But there’s another reason to fill up on water over other drinks: You’ll save on sugar. Sugars found in juices, soft drinks and sports drinks cause your skin major woes, says Drayer. “When blood sugar levels are high, sugars can attach to proteins in collagen and produce compounds that cause skin to sag and wrinkle.”

A small study of middle-aged Japanese women found that those who daily consumed 40 mg of aglycone (an isoflavone found in soy), had fewer fine lines and improved skin elasticity within 12 weeks compared to a placebo. The isoflavone can help stop collagen from breaking down, which is what leads to sagging and lines. You’ll find about 40 mg of isoflavones in 100gms of tempeh, 30gms of dry roasted soybeans, or 200gms of tofu.

One study in the British Journal of Nutrition found that people who ate the most green and yellow vegetables (up to 250 grams; one large capsicum is about 190 grams) had fewer wrinkles, especially in the crow’s feet area, compared to those who at the least amount (69 grams a day). This may be because of antioxidants that fight ageing free radicals, says Dr Wu.

Women who drank coffee every day had an 11% lower prevalence of non-melanoma skin cancer (the most common form of skin cancer) compared to people who don't drink coffee, according to a study published in the European Journal of Cancer Prevention in 2007.

This little fruit packs a wallop of vitamin C - nearly 120% of your daily needs in one medium kiwi. “C stimulates collagen synthesis, which keeps skin taught and smoothes fine lines,” says Drayer. She sites a study in the American Journal of Clinical Nutrition that found a diet high in vitamin C was associated with less dryness and less noticeable wrinkles.

Eggs offer up a hefty dose of protein without tonnes of fat, and less fat is a good thing for your skin: Higher fat diets are associated with ageing skin. According to a study, a 17-gram increase in fat intake increased your odds of developing wrinkles by 28%.

Cooked pumpkin is one of the top sources of beta-carotene. The body converts beta-carotene into vitamin A (a half cup of cooked pumpkin packs nearly 400% of your daily value for A), which is essential for the growth of skin cells. This, in turn, “helps keep skin soft, smooth and wrinkle-free,” says Drayer.

When Australian researchers analysed the diets of more than 1,000 adults, they discovered that the rate of actinic keratoses (skin lesions caused by long-term sun damage) was reduced by 28% in those that sipped a half glass of red wine a day. Red wine is a top source of resveratrol, an antioxidant compound with anti-tumour properties.

With 37% of your daily needs for vitamin E per 30gms, these seeds can help keep your skin pimple-free. That’s according to a study published in Experimental Dermatology that looked at 100 patients recently diagnosed with acne. Researchers found that those suffering from severe acne had nearly 30% lower blood levels of vitamin E compared to a clear-skinned control group. Vitamin E is thought to enhance immune function, allowing the body to fight off the inflammation that leads to acne.

Who needs blush? Filling up on carrots can give you a natural glow. A 2011 UK study found that people who eat a higher amount of carotenoid-containing fruits and vegetables, like carrots, have more yellow tones in their skin, giving them a complexion that others rated as looking healthier.

Korean researchers found that when adults followed a low–glycemic load diet for 10 weeks, they reduced both painful inflamed pimples and red spots. Why? High-glycaemic diets include foods that rapidly increase blood sugar, causing high insulin levels that are thought to lead to hormonal changes that cause acne. Beans, particularly chickpeas, are low on the glycemic index since they’re rich in protein and fibre, two nutrients that slow down digestion and lower the blood sugar response.

I have read and accept the privacy policy and terms and conditions and by submitting my email address I agree to receive the Prevention newsletter and special offers on behalf of Prevention, nextmedia and its valued partners. We will not share your details with third parties, and will only share delivery information in the event of you being a prize winner.
This article originally appeared on prevention.com
© prevention.com
First published: 4 Sep 2019
Tags:  acnedry skinfoodfruitshealthy eatinghealthy habitsnutspigmentationseedsskin careskincarevegetables