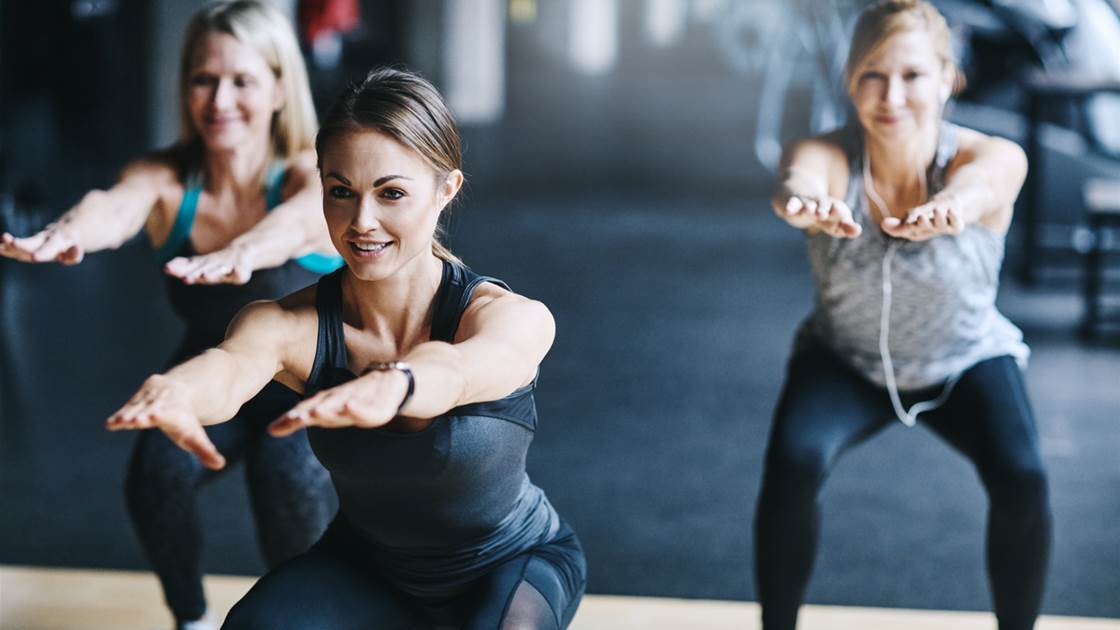 As you sweat through your final reps at the gym, you might be motivating yourself by imagining that you'll soon have toned abs and buff biceps. But what if you found out that your workout wasn't moving you toward your goals at all? Or, even worse, that it was putting you at risk for injury?

"It's very common for women to exercise incorrectly," says personal trainer Felita Dortch. And if your form is wrong, you won't get the results you want. "Over time, you could also damage the musculoskeletal system, including your muscles, ligaments, tendons and in extreme cases, bones."

Getting it right isn't difficult; you probably just need to make some tweaks. "Small adjustments can make all the difference," says fitness supervisor Melinda Nelson. When it comes to walking or running, for example, good posture is key. "Remind yourself to keep your chest open, shoulders relaxed and head in upright position," she says.

When you're performing strength moves, it's extra important to get it right. Ideally, Dortch suggests investing in a few sessions with a personal trainer who can educate you on proper form and technique. In the meantime (or if you just can't shell out the cash for a trainer right now), here's an overview of the most common slip-ups, plus how to fix them. 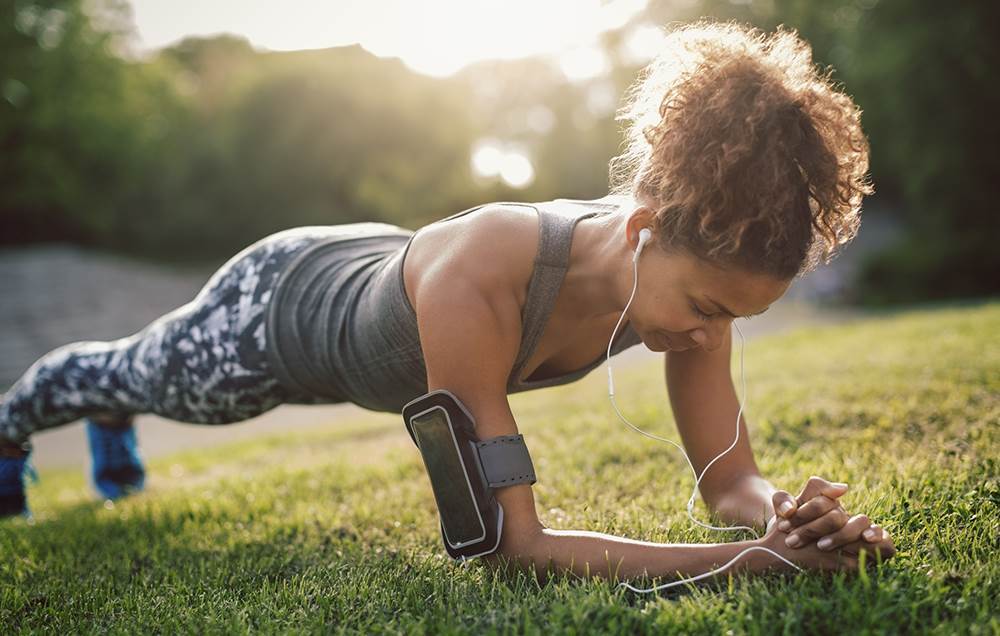 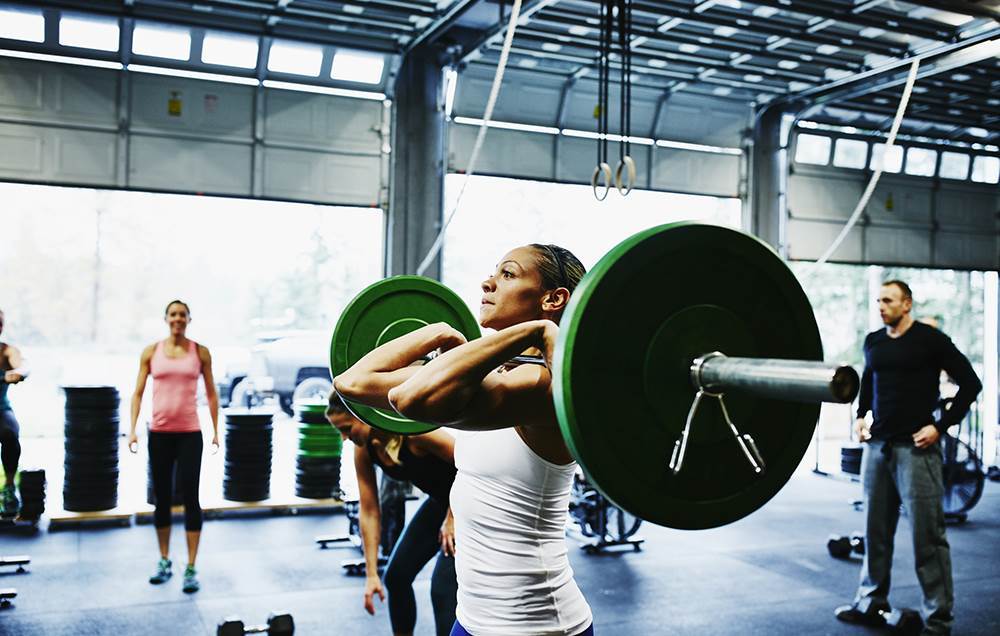 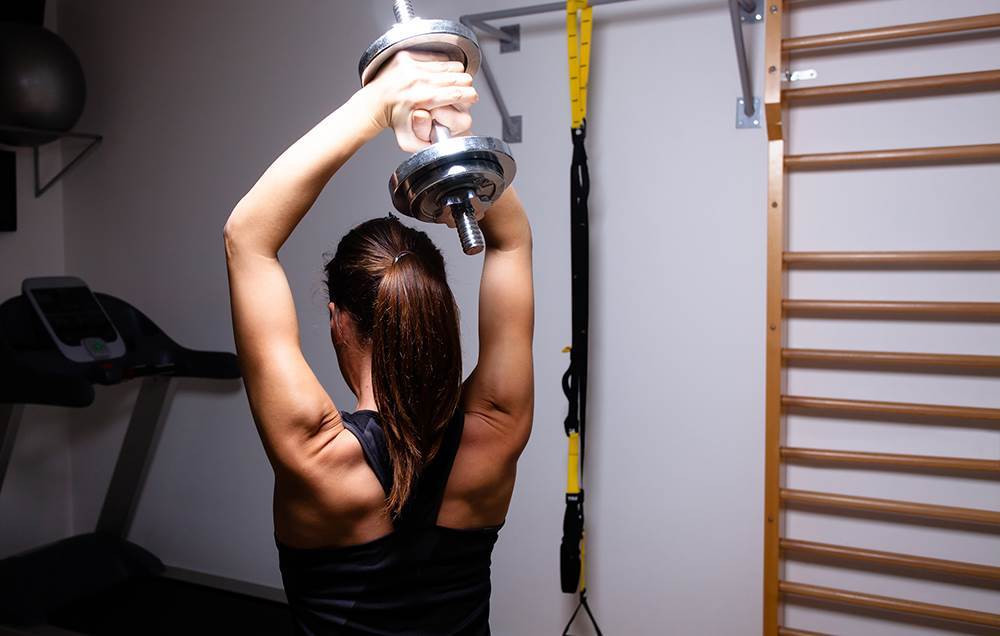 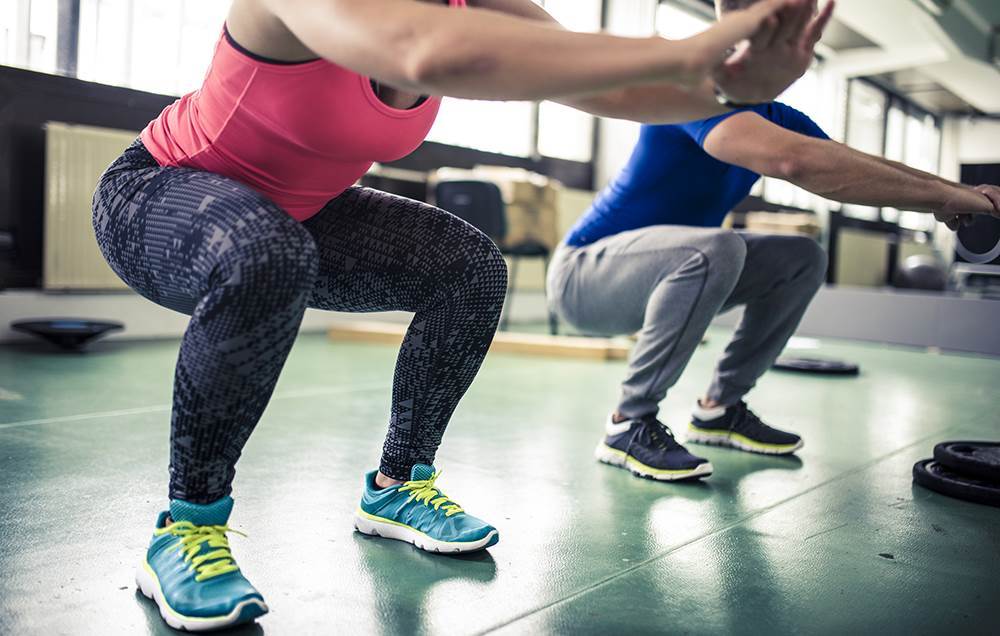 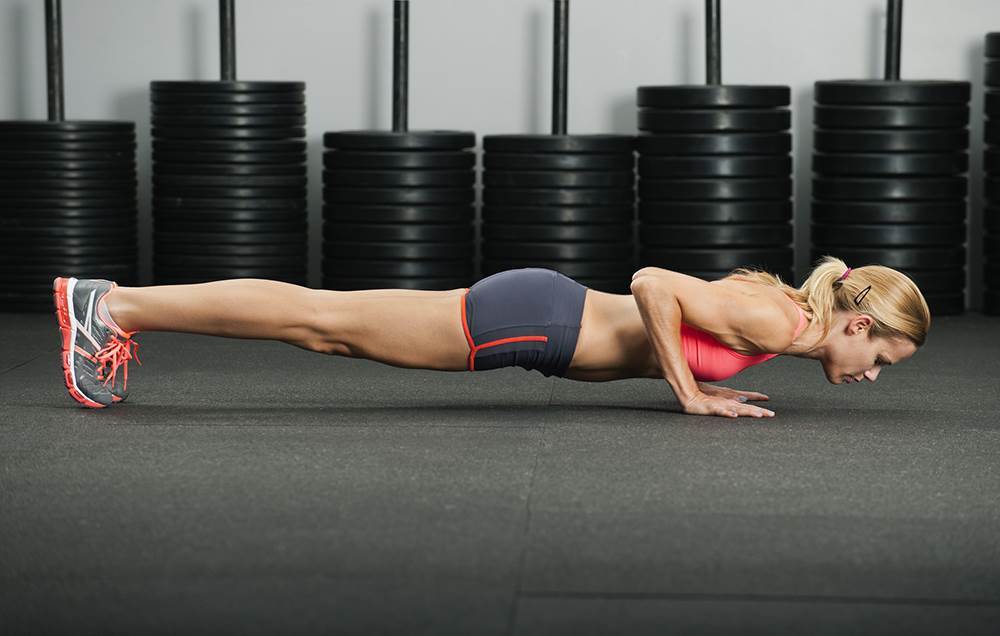 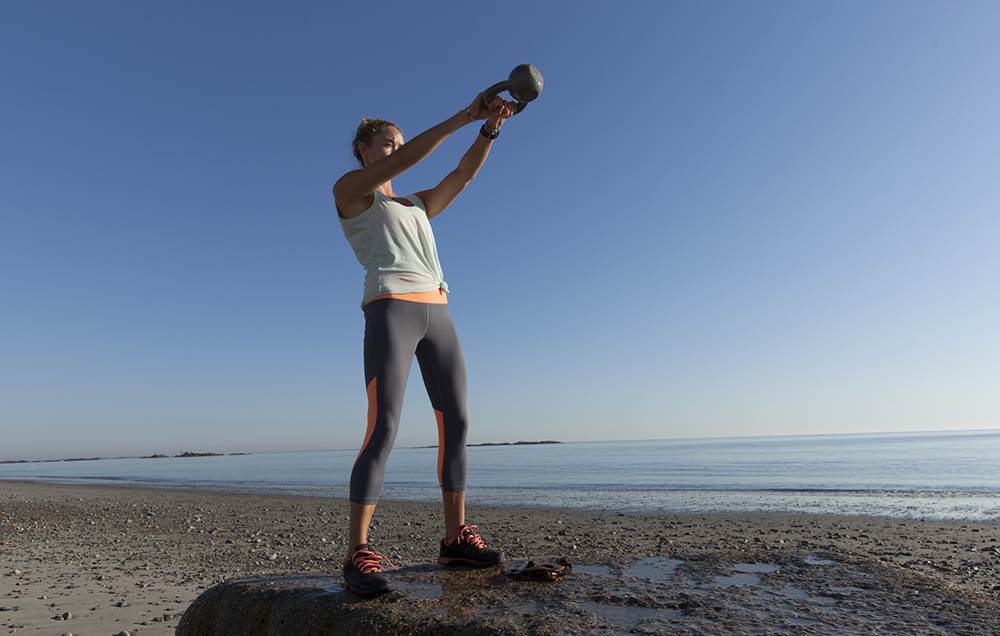 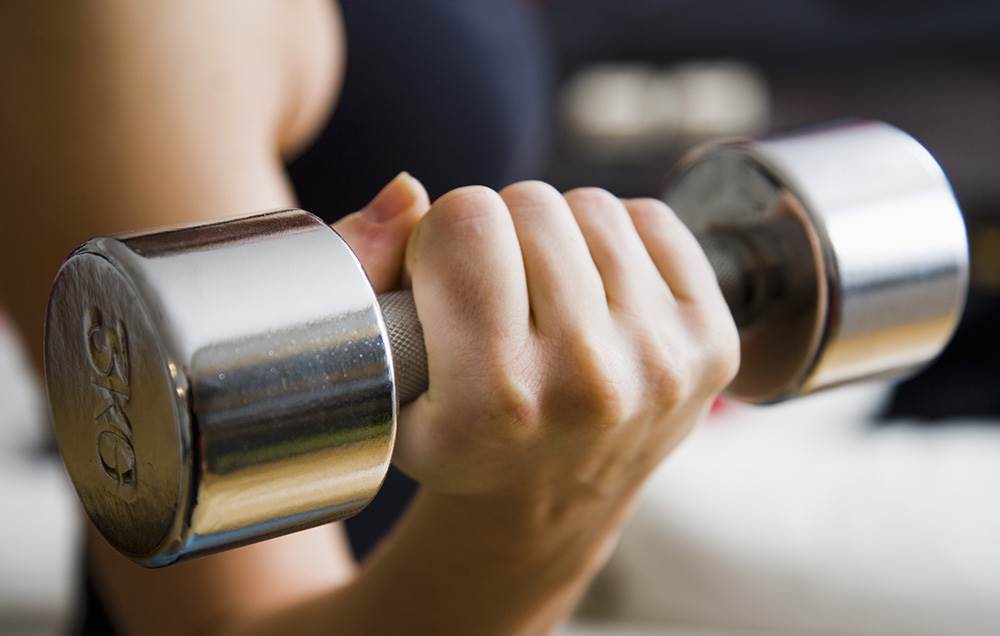 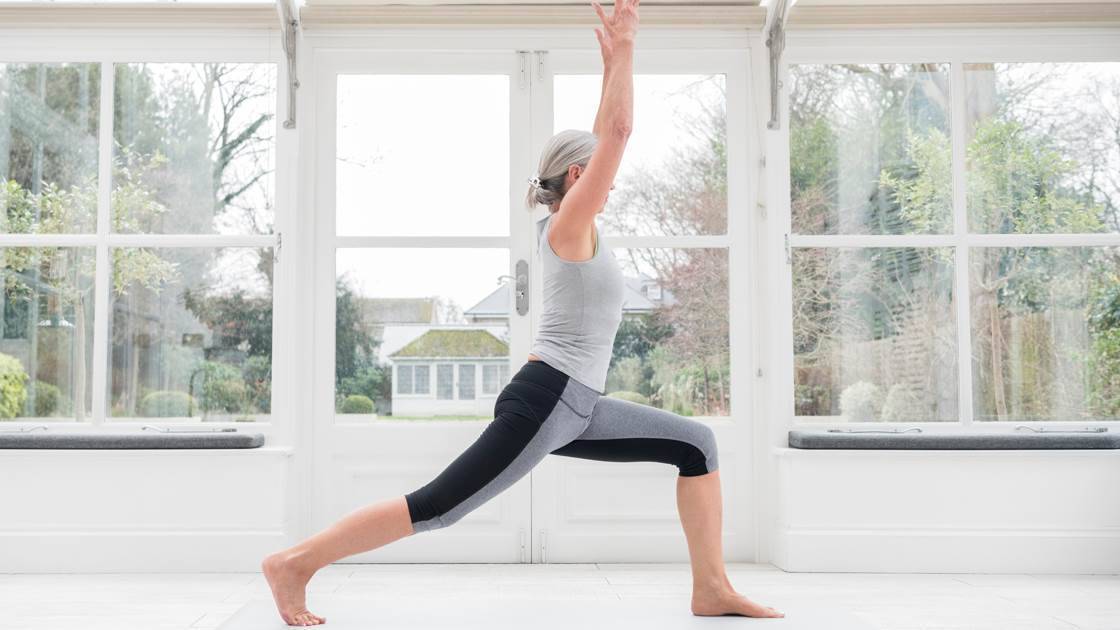 The mistake: "People tend to let their body sag instead of keeping it rigid, or they keep their hips too high off the ground," says Dortch.

The right moves: Get the most out of this core exercise by lying horizontally. Lift your body off the mat so you're in a straight line. Press your hands firmly into the mat and press your heels back and squeeze your glutes as hard as you can, activating your core muscles.

The mistake: "People tend to arch their backs too much, especially when the weight is too heavy," says Dortch. "They don't go to full extension and push in front of their bodies as opposed to vertically overhead." They also tend to do a push pressing movement as opposed to a strict pressing movement, which should be slow and controlled.

The right moves: Stand with your feet shoulder-width apart and hold the dumbbells at the top of your chest. Don't allow your lower back to overextend as you press the dumbbells overhead.

The mistake: Using a weight that's too heavy or too light, which can lead to not having full flexion and extension of the triceps brachii muscle or the movement being too fast.

The right moves: "Using a weight that's challenging, keep your elbows at your sides and focus on the movement being slow and controlled, really isolating the triceps through full flexion and extension," suggests Dortch.

The mistake: "These are commonly done incorrectly by letting the knees fall inward, which relaxes one of the quad muscles," Nelson says. "The quad muscle needs to be engaged when performing squats."

The right moves: Perform squats in front of a mirror and keep your knees pointing straight ahead when lowering down into a squat and rising out of it.

The mistake: "People generally do not maintain a straight line from head to toe," warns Dortch. "Improper arm placement, poor head alignment, and doing half of a push-up are also common problems."

The right moves: Get into a high plank position. Place your hands firmly on the ground directly under your shoulders. With your arms straight and glutes and abs braced, steadily lower yourself to the ground until your elbows are at a 90-degree angle. Pause, then explode at the top, while protracting your shoulders back.

The mistake: "This particular exercise is a powerful, explosive movement, and it's a progression of the deadlift," Dortch says. "I would strongly suggest if you cannot do a deadlift, you should not be doing kettlebell swings." Common errors include squatting using your back, having an incorrect grip, using a weight that's too light, not locking out the elbows, and failing to keep the body tight.

The right moves: Set up as if you were going to do a deadlift: Lock your elbows, drive your hips back, hinge forward, and drive the bell up using your glutes.

The mistake: Using a weight that's too heavy or too light, using your back, or not having full flexion and extension of the brachii muscle.

The right moves: "I recommend really focusing on the muscle and squeezing at the top and fully extending at the bottom," Dortch says.

The mistake: "These are a fantastic exercise to strengthen the deep core muscles and all areas of the legs, but many people forget to bend the back knee as much as the front knee, creating improper form," Nelson says.

The right moves: Drop your hips straight down, bending both knees. Keep the front heel planted solid to protect the knee. "You can vary lunges to make them easier by going only half way down to the floor and up," suggests Nelson.

I have read and accept the privacy policy and terms and conditions and by submitting my email address I agree to receive the Prevention newsletter and special offers on behalf of Prevention, nextmedia and its valued partners. We will not share your details with third parties, and will only share delivery information in the event of you being a prize winner.
This article originally appeared on prevention.com
© prevention.com
First published: 16 Sep 2019
Tags:  arm workoutseasy exercisefitspohealthy habits