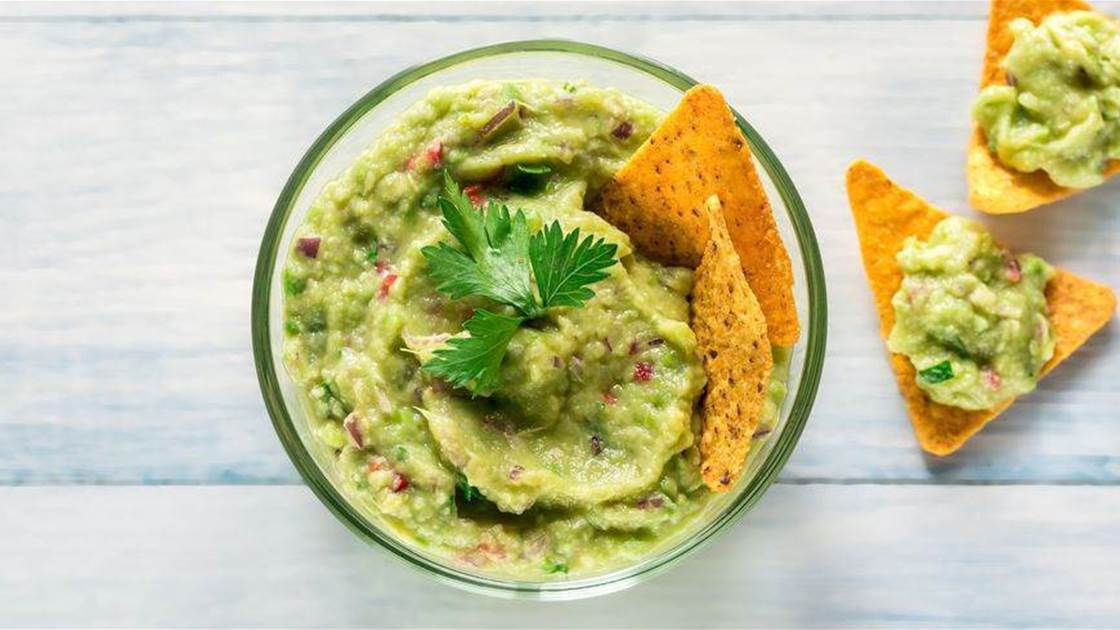 There are so many good reasons to make healthy snacking part of your weight loss plan. A wholesome nibble can help you stay satisfied between meals, making you less likely to feel ravenous and overeat. A healthy snack can also quell cravings and ward off feelings of deprivation, helping you ignore junk foods’ siren song. The only catch? It’s not always obvious which snacks are actually satisfying and healthy.

To help you uncover some options you may not have tried before, we asked nine women who’ve each shed over 20kgs (and have managed to keep it off!) what they snacked on to lose the weight. Their suggestions for the best healthy snacks for weight loss are all delicious, filling, and serious craving crushers. Try swapping them out for your usual go-tos, and they might just help you slim down, too. 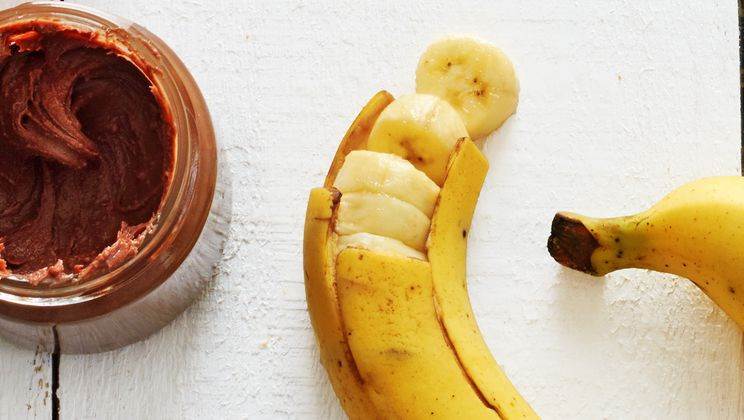 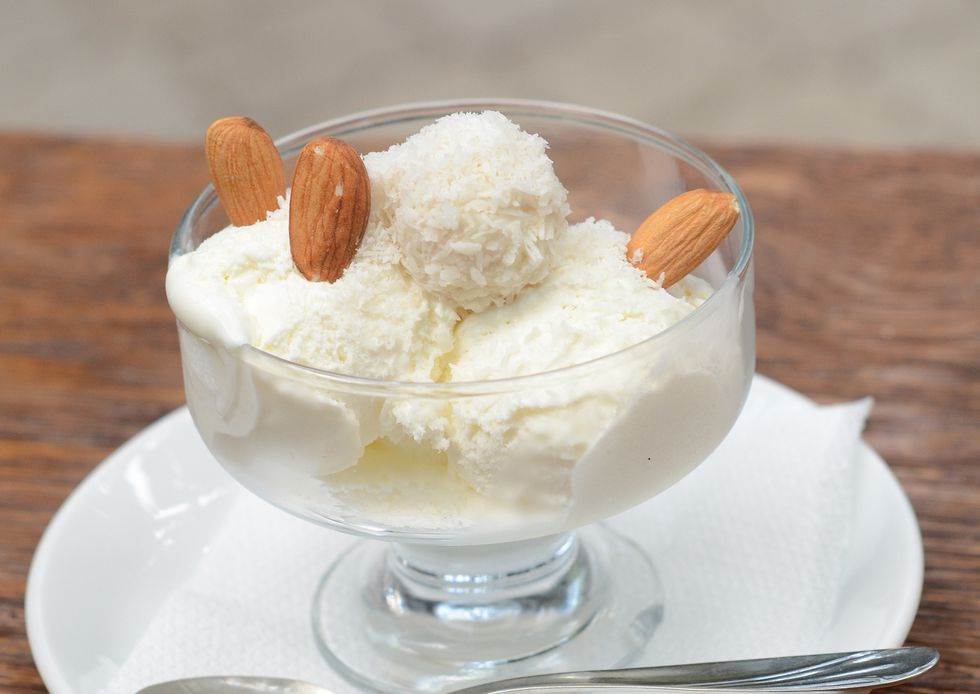 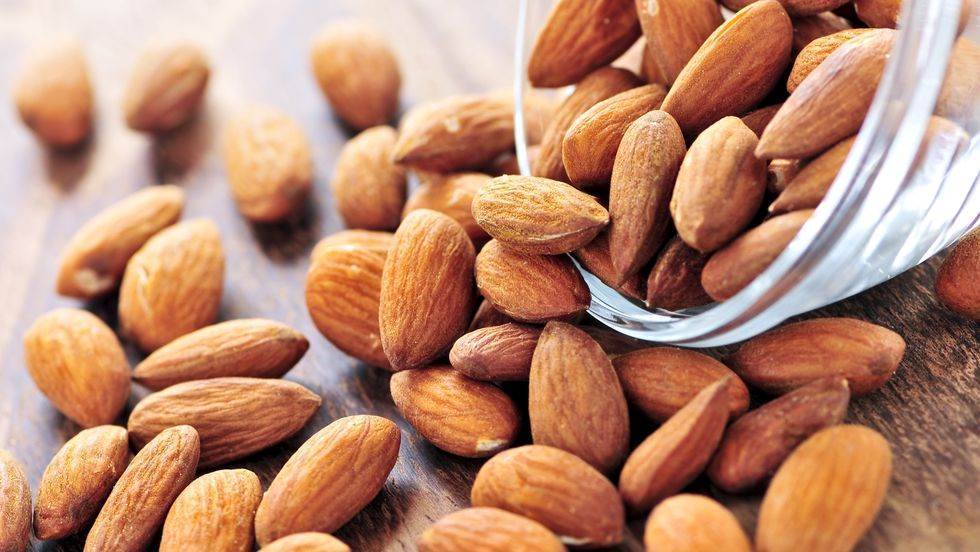 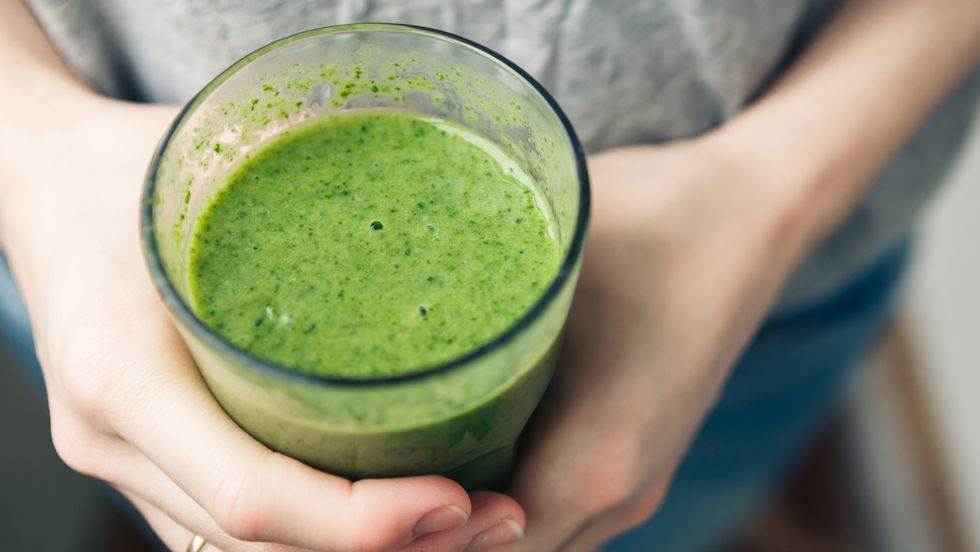 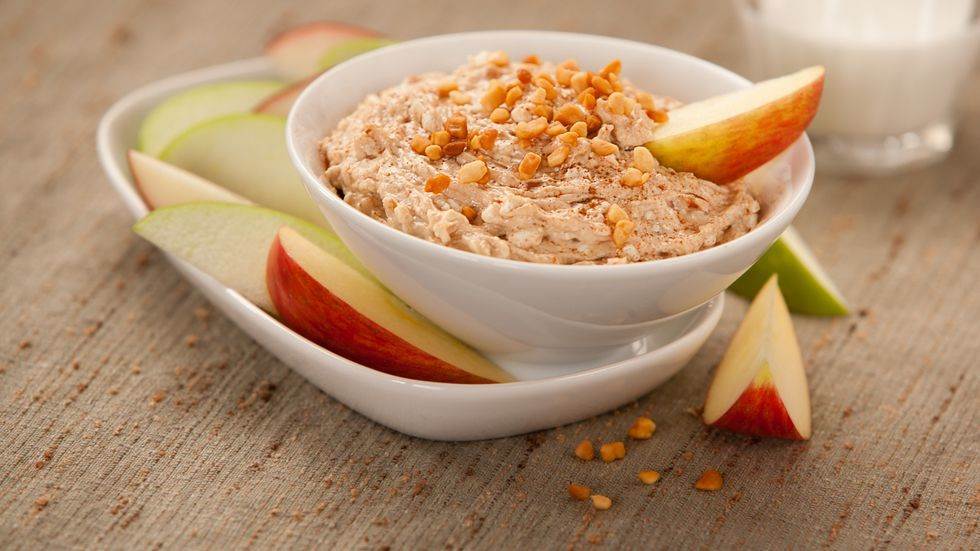 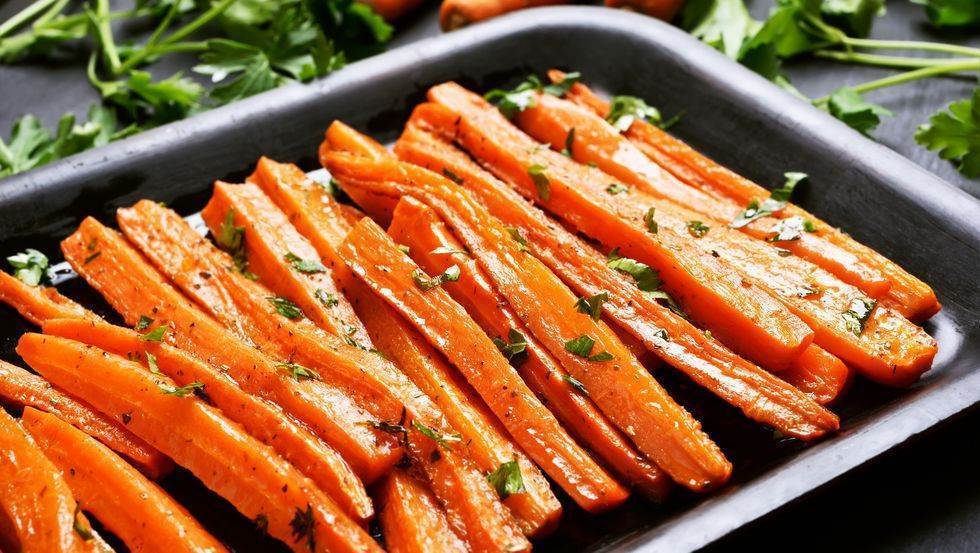 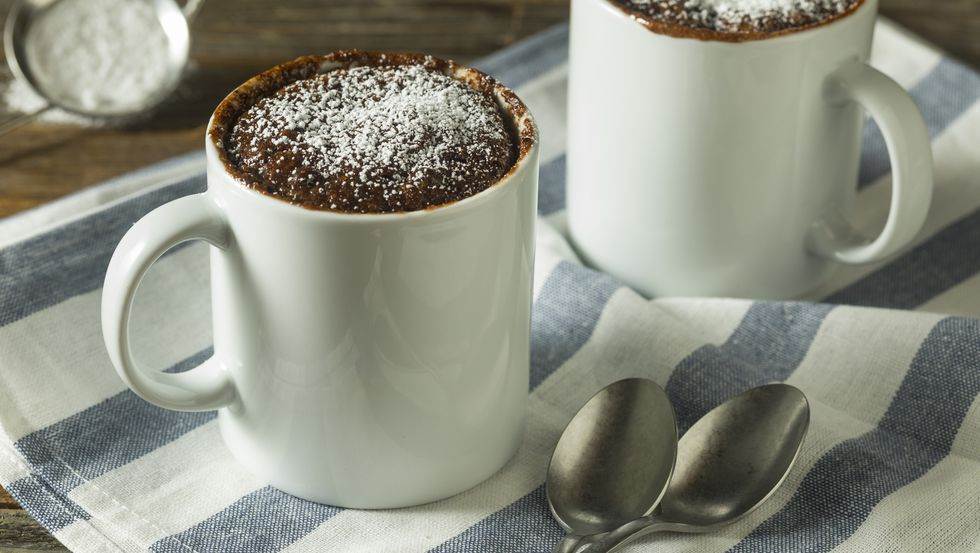 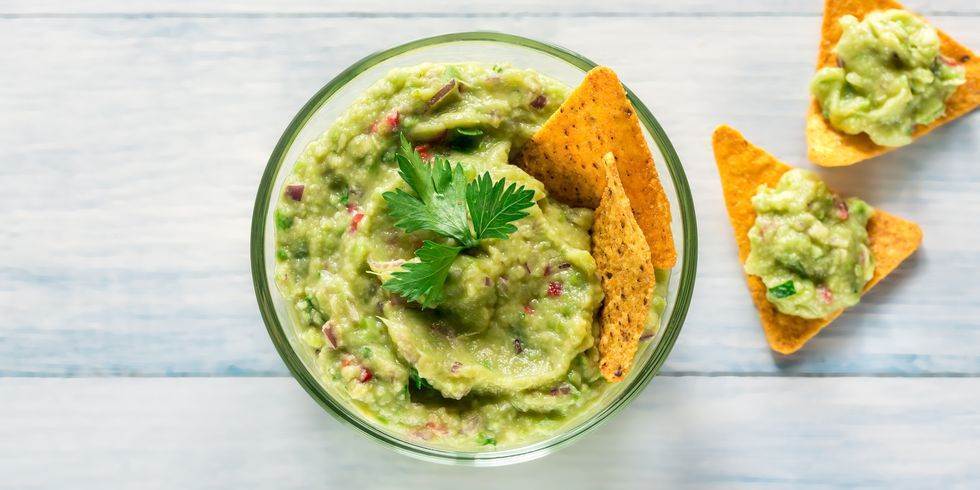 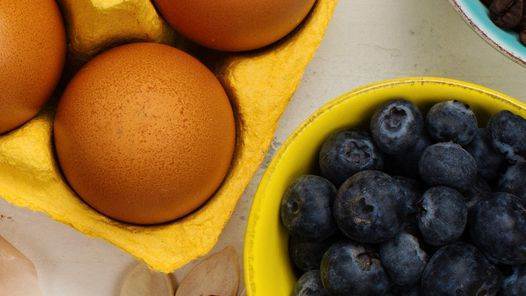 Brittany always loved snacking on fruit like bananas to shut down her sweet tooth. But once she began working to lose weight, she realised she needed something more substantial to keep her satisfied until her next meal. So she started dipping her banana in 2 tablespoons of peanut butter. “I felt like I was having a treat, but it was a healthy one. And my kids loved it too!” she says.

Lindy had always been an ice cream fanatic so saying goodbye to her favourite food to lose weight just wasn’t an option. So she came up with a healthier replacement: plain yoghurt combined with a scoop of protein powder and a few chopped almonds. After popping the mixture in the freezer, she’d end up with a sweet, ice cream-like treat. “It allowed me to realise that I didn’t actually need or want the ice cream after all,” says Lindy. “By substituting more nutritious foods for those that weren’t helping me get closer to my goal, I realised I’d reach my goal of actually feeling good.”

“Having healthy choices helped me break the chip and lolly habit,” says Theresa. When she needed something to power her through a late-day workout, she’d reach for two hard-boiled eggs, a handful of almonds, or a mini Babybel cheese. The protein would keep her satisfied, so she wouldn’t end up overeating at dinner when she got home, she says.

A blood test revealed that Deb’s not-so-healthy lifestyle was putting her on the fast track to type 2 diabetes, which runs in her family. To bring her blood sugar under control - and lose the excess weight she was carrying around - she started reaching for snacks that would stabilise her blood sugar. “I used the linking principles from CogniDiet, which meant always linking a protein to a fat and a carbohydrate for a smoother glucose release,” she says. Her favourite snacks to make were smoothies comprised of 75% green veggies and 25% fruit (like berries) with a spoonful of coconut oil or avocado. She also enjoyed eating almond butter-topped apples. The combos staved off her cravings for sugar—which helped her lose 36kgs in just 1 ½ years.

While spending time at a weight loss resort, Sarah fell in love with the chef’s peanut butter hummus—a dessert hummus made with chickpeas, peanut butter, water and honey. “It’s sweet enough to satisfy cravings, and the [suggested] 60g portion is small enough that it ends up being far fewer kilojoules than if I ate a spoonful or two of peanut butter from the jar,” she says. She loved spreading the hummus on a banana or apple as an after-dinner treat. “I didn’t even crave dessert anymore. It makes me feel like I’m not depriving myself,” she says.

Michelle credits her incredible weight loss to veggie-based snacks. Her favourites: orange and yellow vegetables like carrots, capsicums, and sweet potatoes. They’re loaded with carotenoids, which research suggests might help lower waist circumference, body mass index, and insulin resistance. “I’ll often eat them plain and raw since sauces aren’t worth the kilojoules,” she says. When she needs something with a little more oomph, she’ll slow roast the veggies and sprinkle them with crushed cashews or sliced almonds. Pro tip: To ensure you have enough roasted veggies to last you the week, prep them in advance and pre-portion one cup servings into Tupperware containers.

While working to shed more than 30kgs, Lisa’s go-to was the 3-2-1 Mug Cake. (To make it, mix 3 Tbsp cake mix with 2 Tbsp water in a mug and microwave for 1 minute.) “It gave me my fix without overdoing it,” she says. “It made me feel like I was eating the real thing, just a healthier version of it.”

“I’m a lover of all things spicy, and when I was heavier, one of my go-to snacks was spicy chips,” says Jaz, who founded her own line of ab-sculpting belts after losing the weight. To satisfy that desire for her old favourite, she’d enjoy homemade guacamole and tortilla chips.

“Avocado is a great healthy fat, so it’s a good option for someone looking to feel fuller longer, as long as you watch your portions,” she says. Making the guac herself allowed her to add as much heat as she wanted, while the tortilla chips delivered the crunch she craved. To keep kilojoules in check, measure out a 1/4 cup serving of guac and stick to a small handful of whole-grain chips.

Fruit with nuts and a hard-boiled egg

Christina’s favourite snack to curb cravings for sweets is a hard-boiled egg paired with a handful of blueberries or cherries, and nine raw almonds. “It’s so satisfying, and it’s the perfect combo of lean protein, good complex carbs, and healthy fat,” she says.

I have read and accept the privacy policy and terms and conditions and by submitting my email address I agree to receive the Prevention newsletter and special offers on behalf of Prevention, nextmedia and its valued partners. We will not share your details with third parties, and will only share delivery information in the event of you being a prize winner.
This article originally appeared on prevention.com
© prevention.com
First published: 21 Jan 2021
Tags:  healthy eatinghealthy habitsrecipeswight loss motivation 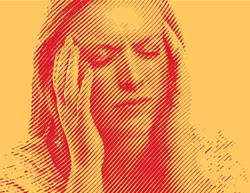 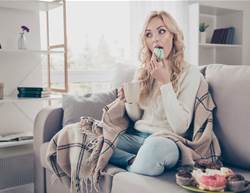 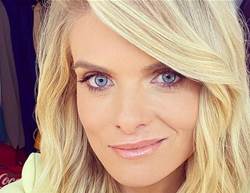 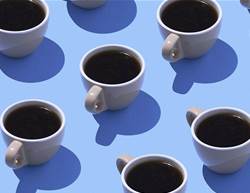 Health
How to tell if you’re actually sleep deprived