I Tried To Have Sex Twice A Day For A Week. Here’s What Happened 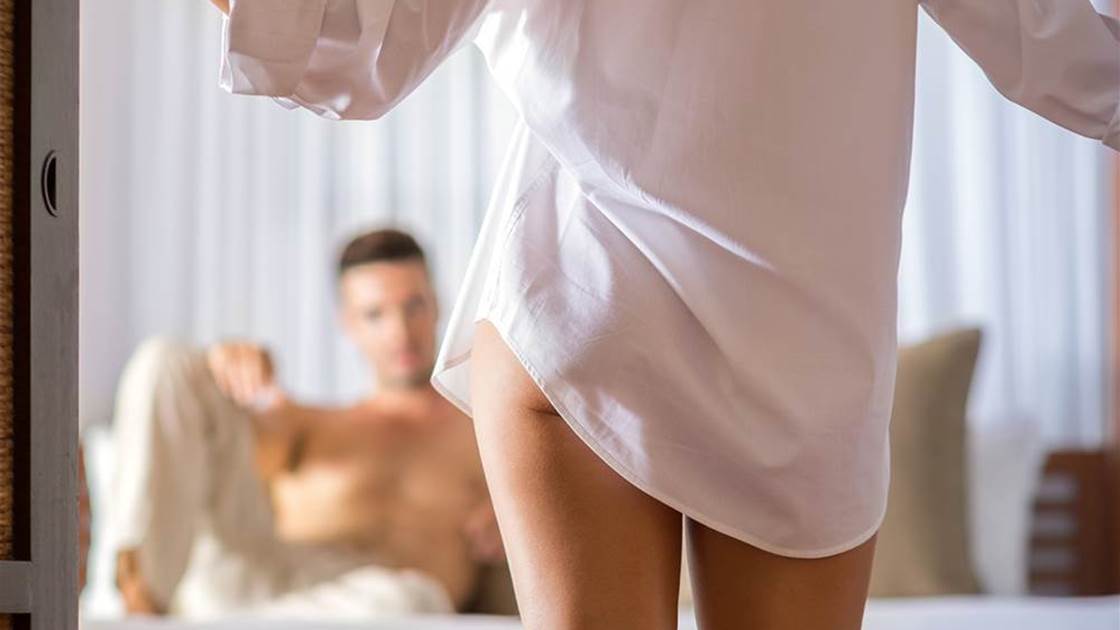 As a 43-year-old divorced mother of three, I'm finally at a point in my life where I really enjoy sex, even if there's not always a lot of time for it. So when a friend posed a challenge to me to try having sex twice a day for a week, I was intrigued. The only other time in my life I remember having sex more than once a day was when I was trying to get pregnant—and sex then was really just a means to an end.

My boyfriend, Mario*, and I usually have sex three or four times a week, so this would be a significant increase. I decided not to tell him about the challenge and just jumped right in. Here's how it went. 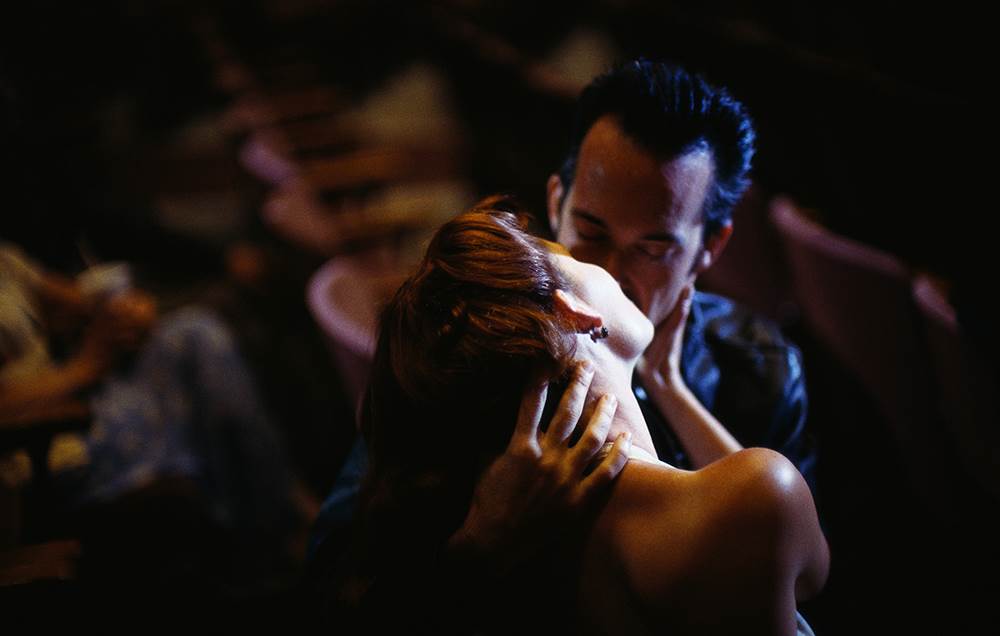 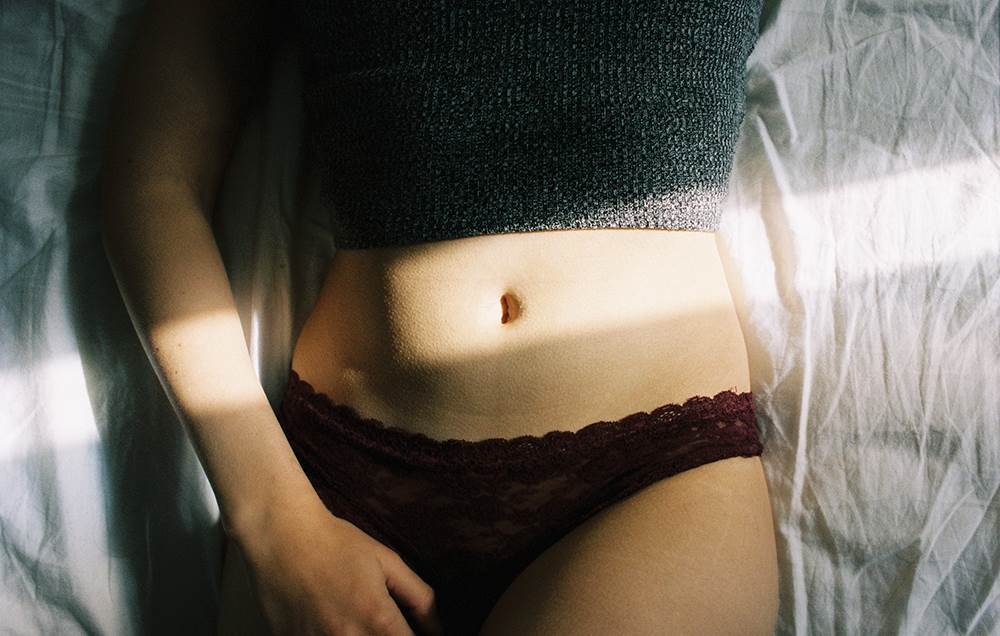 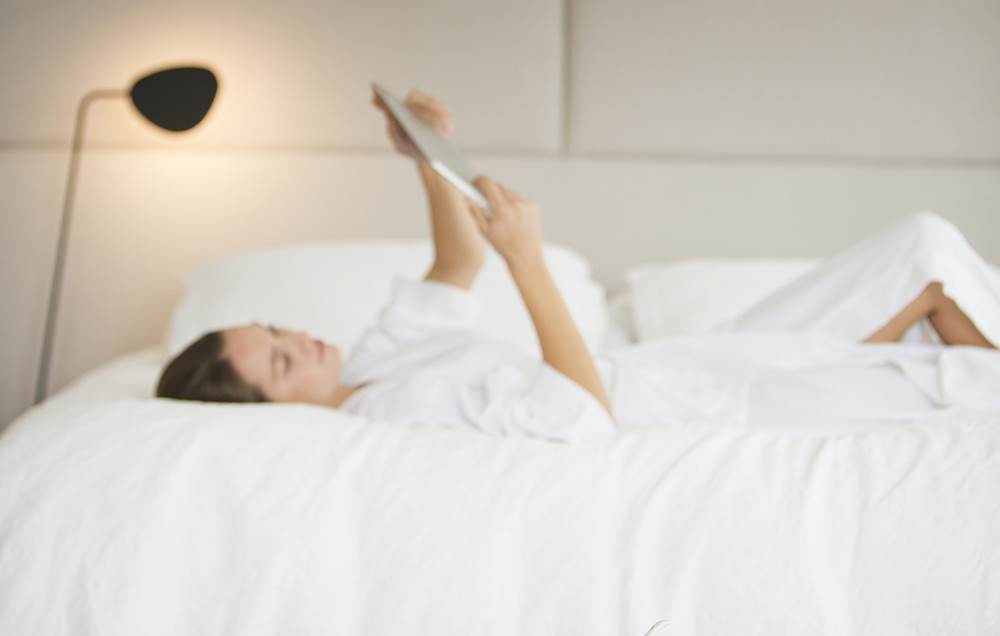 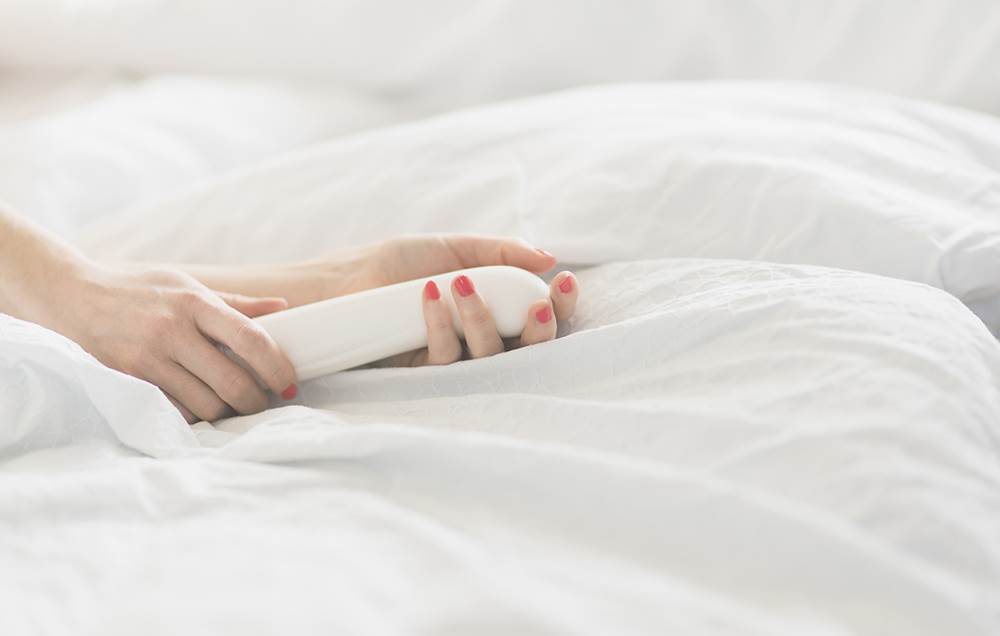 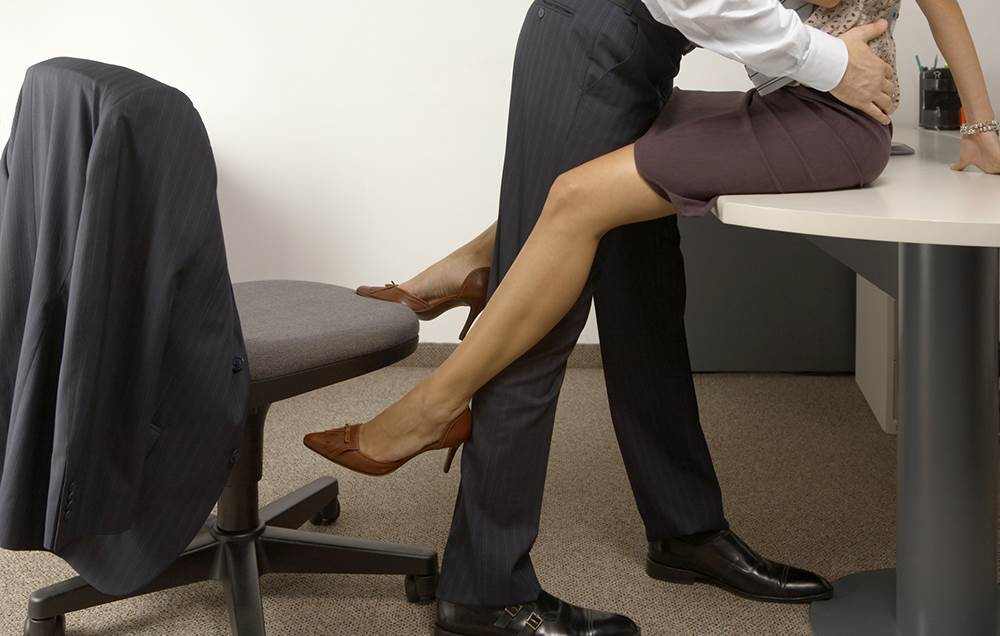 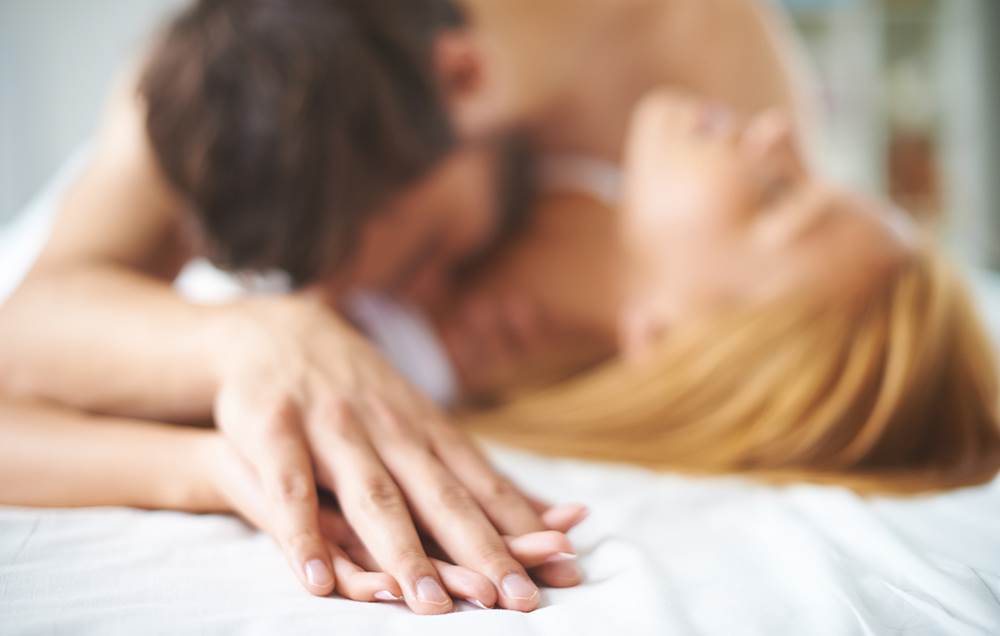 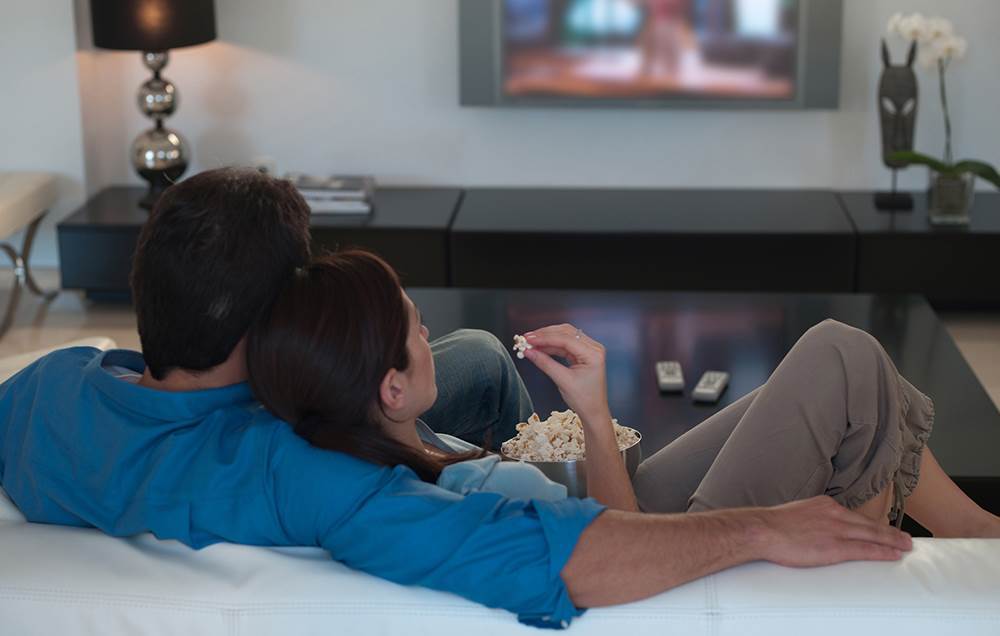 My kids were at my ex's and Mario had stayed the night. We both get ready for work at the same time, so I decided to surprise him in the shower by getting in and helping him soap up. We'd never done this before, but I had always wanted to try it. Even though it was a little slippery and hard to manoeuver—it always looks so easy in the movies!—it was a pretty great way to start the day.

Later that evening, Mario and I were scheduled to see a play. The theater was very dark and so during the second act, I grazed my hand over the front of his pants. I can't believe I'm admitting this, but we actually snuck into the bathroom and had a quickie in one of the stalls. This was another first for me—a rather terrifying one. I followed Mario's lead, all the while hoping and praying we wouldn't be caught. We finished quickly and returned to our seats unseen. Lucky for us, apparently no one really likes to go to the bathroom in the middle of a show! We rushed out during the curtain call, feeling like we had gotten away with something naughty.

Mario stopped by with dinner that night and we watched a movie. We fooled around on the couch and that led to us having sex in my bedroom. We used lots of lube and thankfully that meant no pain from overuse.

I decided to wake Mario up by going down on him. Waking a man up with oral sex isn't exactly something I normally do, but I was enjoying this newfound spontaneous side of myself.

With Mario leaving for a work trip and my kids back at home, I wasn't sure how I'd work another sex session into my day. But then I remembered we could still be together—thank you, Facetime. I think Mario was a little taken aback that I was initiating sex yet again, but he definitely got into it.

But later that night I started to worry that I was taking away his chance to "be the man" by initiating sex all time. The last thing I wanted to do was to make him feel like he couldn't pursue me since I knew, like most guys I've been with, Mario really loves being the one to initiate things.

Mario surprised me by showing up at my office straight from his flight. He said that our special "phone conference" had him thinking about me and that he had to see me right away. I locked the door to my office and let him bend me over my desk. Since my office is down the hall from my co-workers and most people were out for lunch, there wasn't a big risk of anyone discovering us and we kept things quiet. This was much better than my usual midday break—and something I've done before (and will do again)!

That evening, I texted Mario saying that I wanted him to come over and he asked me what was up. I ended up telling him about the sex challenge and he thought it was funny. He said that explained why I had been extra frisky lately. Mario is pretty easy-going, so he was just intrigued and willing to play along. He came over and we had very quiet sex that did not end in an orgasm for me, which isn't typical. I think the combination of my kids being in the house and being so worn out just made it feel impossible. That was definitely a drawback of all the sex—I was starting to feel like the quality was beginning to suffer.

I think that even though we were both pretty spent, Mario wanted to do his part to help me finish out the week strong, so we Facetimed again early in the morning. We've had Facetime sex a few times before the challenge and initially it was a little intimidating—it always takes me a while to feel comfortable being on display like that—but we have a routine that works for us: When he asked, I would tell him what I was doing to myself and then give him a little peek and he did the same.

That night, I stopped by Mario's place for round two, but things didn't go as well. We tried having sex, but even with lots of lube, it was painful for me—and for the first time in the five months we'd been together, Mario was having trouble staying hard. Having so much sex was beginning to not feel like a good thing at all.

Later that day back at my place, Mario and I were on our own for some takeout and Netflix. We both agreed that even though we like sex a lot, it's nice to have a little time to actually miss each other. We gave each other a pass on having sex that night. But once I turned down the lights and we cuddled under a blanket, he started kissing my neck and before we knew it, clothes were coming off.

I think overall that sex twice a day is just too much for me. Although it gave me the feeling of being this amazing sexual creature—I mean, we had sex at a play!—the truth is, you can have too much of a good thing. And when it comes to sex, the one thing Mario and I both discovered is that we missed the anticipation of it, which sometimes can be more fun than the act itself.

I have read and accept the privacy policy and terms and conditions and by submitting my email address I agree to receive the Prevention newsletter and special offers on behalf of Prevention, nextmedia and its valued partners. We will not share your details with third parties, and will only share delivery information in the event of you being a prize winner.
This article originally appeared on prevention.com
© prevention.com
First published: 14 May 2017
Tags:  better sexlibidomarriagerelationship advice